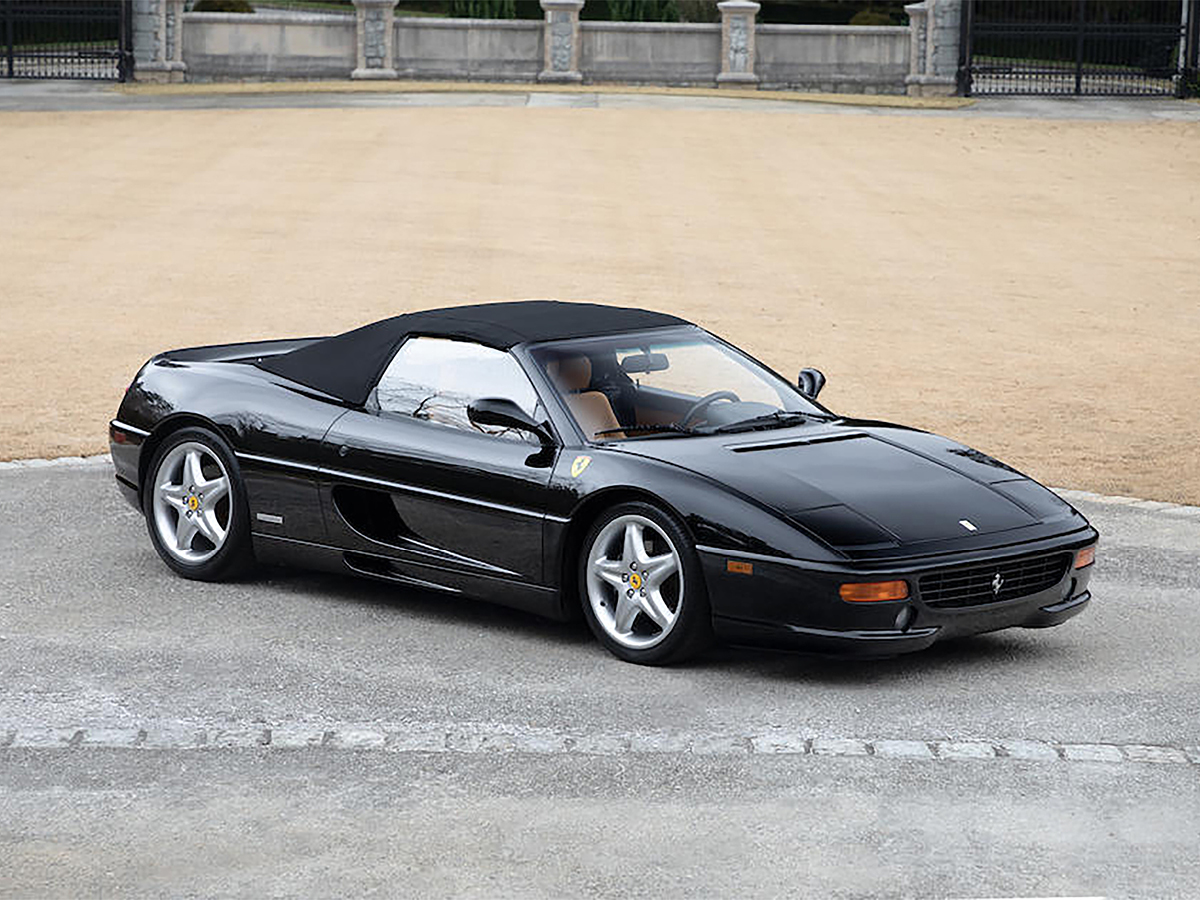 One of the best examples of competition improving the breed has to be the Ferrari F355 introduced for 1995. Its immediate predecessor, the 348, had been liked but was not the head of its class. With the F355, Ferrari pretty much confirmed that it does indeed pay attention to customers and automotive critics.

The Ferrari F355 continued the mid-engine V8 formula the marque had established 20 years prior with the 308 series, while demonstrating that it would not tolerate playing second fiddle to anyone. The F355 notably offered the F1 automated manual transmission as an option a couple of years after introduction. A six-speed manual with Ferrari’s classic gated shifter was standard throughout the series.

Let’s delve into this modern classic.

You’ll never hear these words from anyone at Ferrari, but the F355 introduced for 1995 was a response to a new kid on the supercar block, the Acura NSX introduced five years before. In a Car and Driver five-way comparison in 1990, Ferrari’s 348 came in fourth place, ahead of the Lotus Esprit V8 but behind the Corvette ZR1, Porsche 911 Carrera 4 and, at the top, the NSX.

The magazine loved the Ferrari’s engine performance but was critical of the 348’s handling and stability and other details. Five years later, the F355 erased any ill feelings. In this case, it helped that Honda had made the NSX a six-cylinder car and kept it that way. As sweet a handler as the NSX was, some felt its maker had deprived the segment’s insatiable hunger for escalating horsepower.

Ferrari, meanwhile, had not only thoroughly refined the handling for the F355, but had also boosted power output considerably, putting its mid-engine sports car back at the top of its game.

The F355 was a comprehensive evolution of the 348, starting with the design. While the F355 retained the 348’s silhouette, it ditched the side strakes that had visually linked the 348 to the Testarossa. It seems that the Eighties had called and wanted their overdone styling back.

The F355 also showed a curvier front section, where the 348 looked a bit blocky in this area. At the rear, four round lights replaced the 348’s louvered horizontal taillights, returning a more familiar Ferrari look. Said Motor Trend: “As sculpture, it may be the most beautiful Ferrari since the Daytona, and surely it’s the best-looking mid-engine road car yet to wear the prancing horse.”

The two-seat interior was similar in layout to the 348’s but more refined for better comfort. It was, in every respect, modern and functional.

The transformation in the F355’s engine compartment was remarkable, to put it mildly. Slightly upsized to 3.5 liters from the 348’s 3.4-liter V8, the F355’s engine had new cylinder heads using five valves per cylinder (three intake and two exhaust) instead of four. This arrangement, inspired by Ferrari’s F1 program, was used only on the F355. All subsequent Ferrari V8s went back to four valves per cylinder, but with variable valve timing to achieve a similar power-boosting effect.

The result was 375 horsepower at 8,250 rpm and a useful 268 lb-ft of torque available between 5,000 and 6,500 rpm. Yet, the engine was shown to be responsive at low speeds, too. The standard transmission was a six-speed manual. The new F1 option essentially used the same transmission but with electronic and hydraulic controls to operate the clutch and gear shifting. (A modern dual-clutch automatic is an entirely different animal.)

The F355 was of course quicker than its predecessor: 0-60 in 4.5 seconds and through the quarter-mile in 12.8 seconds at a 110 mph. And, naturally, the F355 was faster on Ferrari’s own Fiorano test track, where it even beat the company’s 512TR flagship supercar by three seconds.

While Ferrari had built the F355 to be enjoyed as more than just a weekend toy, the car offered by Bonhams, in beautiful black over a Biscuit leather interior, was driven just 900 miles over its pampered life. Best of all, it has the six-speed manual, something unavailable in new Ferraris for more than 10 years.

We think this barely used Ferrari F355 deserves a chance to get out and enjoy the road.