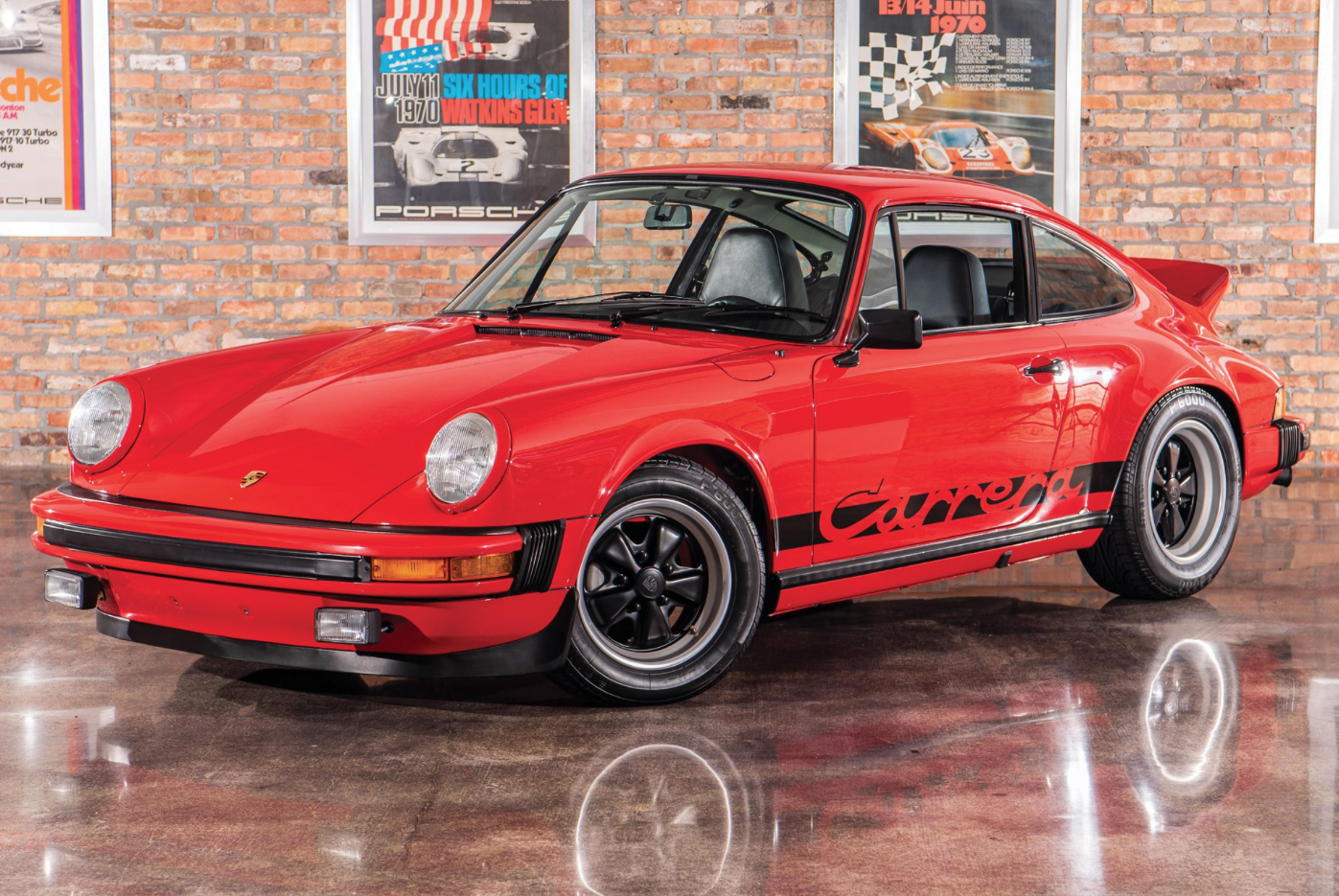 An Important Link in 911 Evolution

The Carrera name is today ubiquitous, with 8 out of 21 models in the 911 line wearing that moniker. But 46 years ago, the first 911 Carrera offered in the U.S. market caused a bit of controversy.

From the 1950s through early 1970s, Porsche had used the Carrera name sparingly to denote high-performance or race-oriented models. The 911 Carrera, available from American Porsche showrooms in 1974, seemed like a letdown to enthusiasts expecting something hotter available in Europe.

We should view the 1974 911 Carrera through a different lens today because it was a critical link in the 911’s evolution that contributed to the model’s ongoing success. A fortunate Porsche enthusiast picked up a beautifully preserved 41,000-mile Guards Red example at the RM Sotheby‘s Amelia Island Concours auction for $137,200. 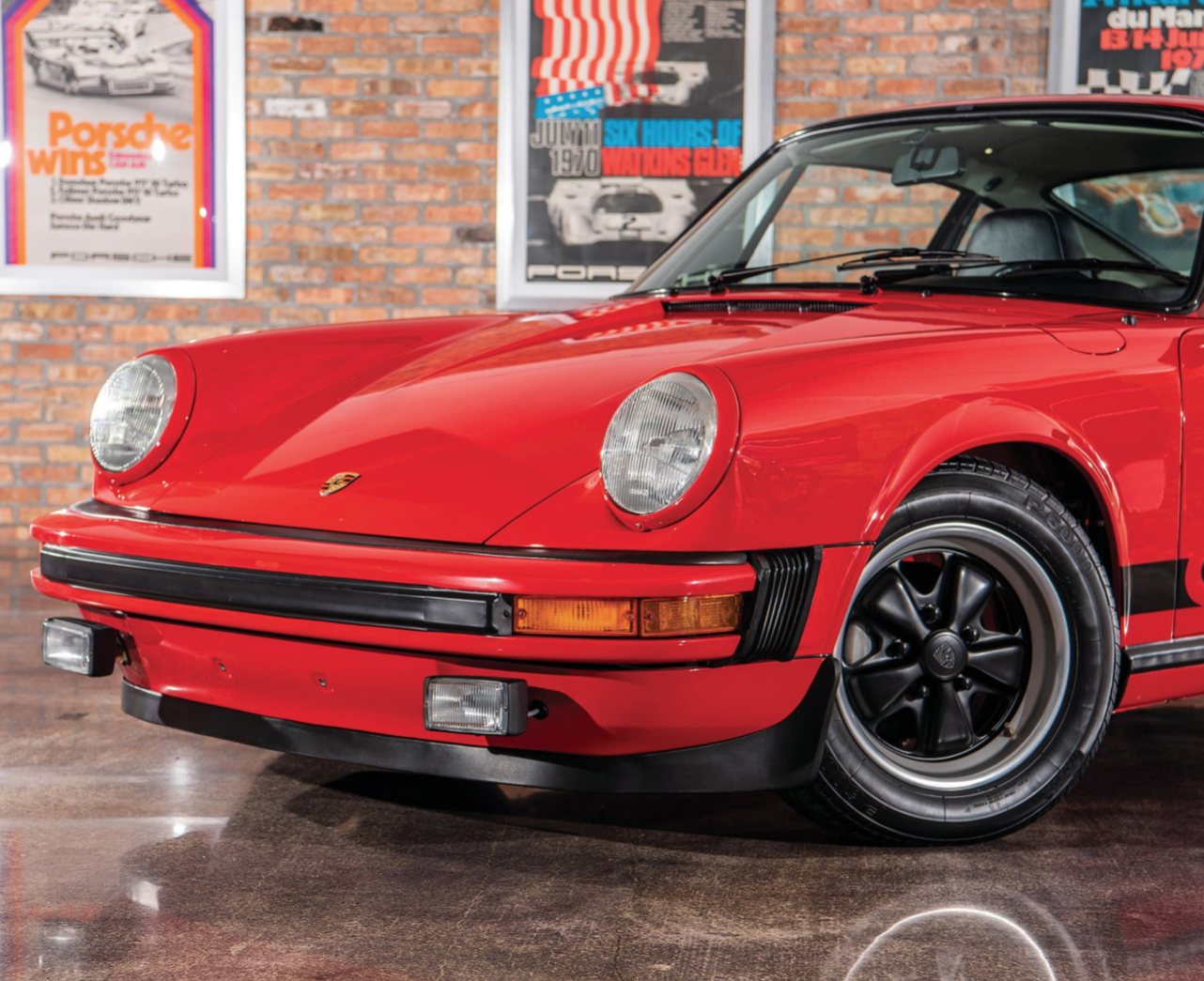 That the 911 even made it to its 10th anniversary was, in retrospect, nothing short of amazing considering the regulatory headwinds blowing against it. Tightening U.S. emissions and safety regulations could have easily finished off a small, rear-engine sports car powered by an air-cooled engine and made by a small European manufacturer.

Porsche enthusiasts, however, were still willing to ante up ever-increasing prices. Further, Porsche engineers were ever-willing to keep improving what was by then very old (though effective) technology. Viewed through that lens, the 1974 911 Carrera was a gift, if not exactly the one that American enthusiasts really wanted. 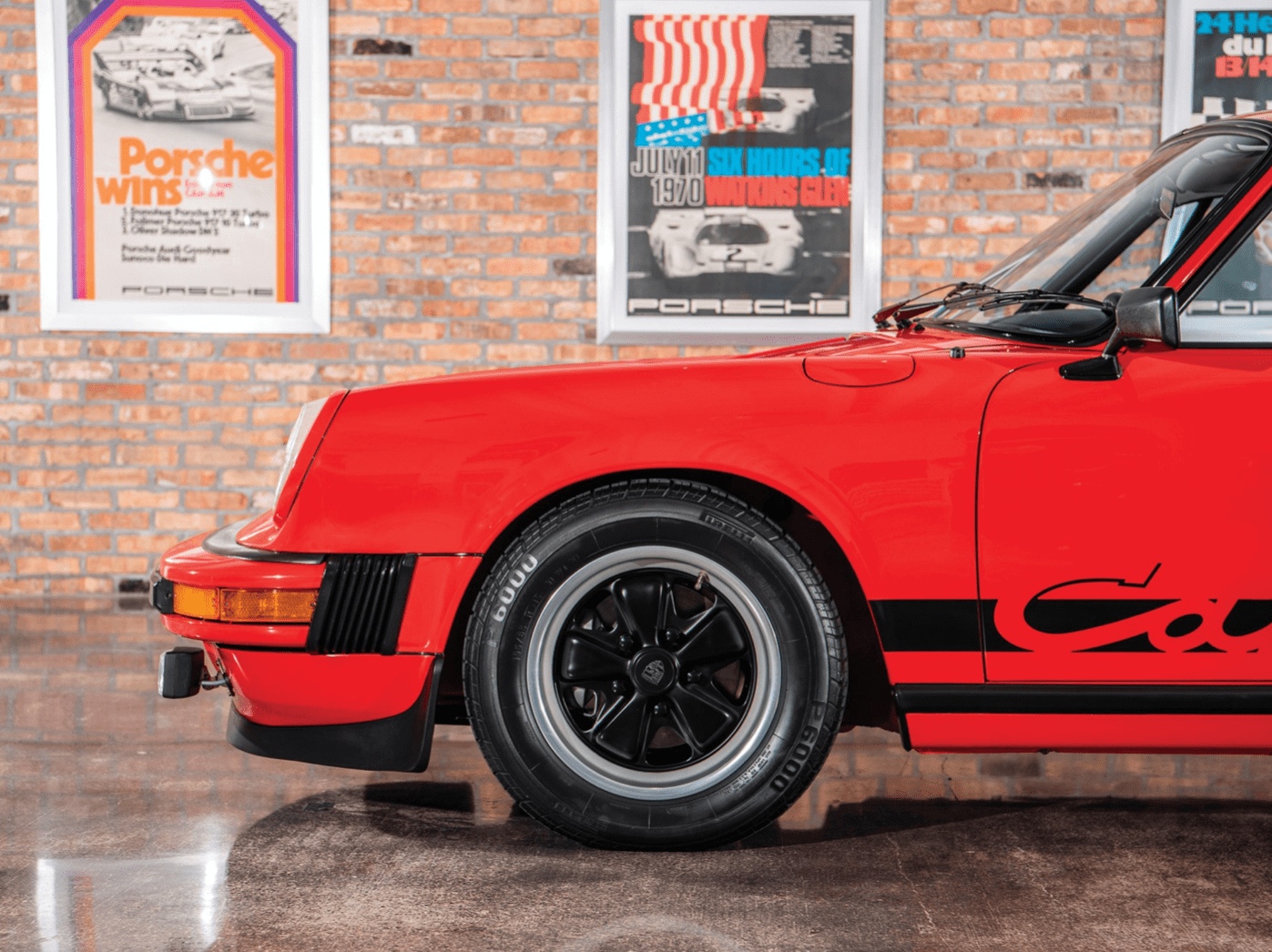 The “911” and “Carrera” badges first merged in 1973 on the 911 Carrera RS 2.7, a very special model built to homologate a high-performance 911 in FIA Group 4 Special GT racing. Even in “Touring” trim, this was a stripped-down, lightweight machine with an exclusive 210-hp version of the 2.7-liter flat six engine.

It was everything a car wearing the Carrera name was expected to be. Ultimately, some 1,600 were made. American Porsche enthusiasts badly wanted this car. Yet, with European demand so high, Porsche had no incentive to even try adapting the rowdy Carrera 2.7 RS to U.S. regulations. 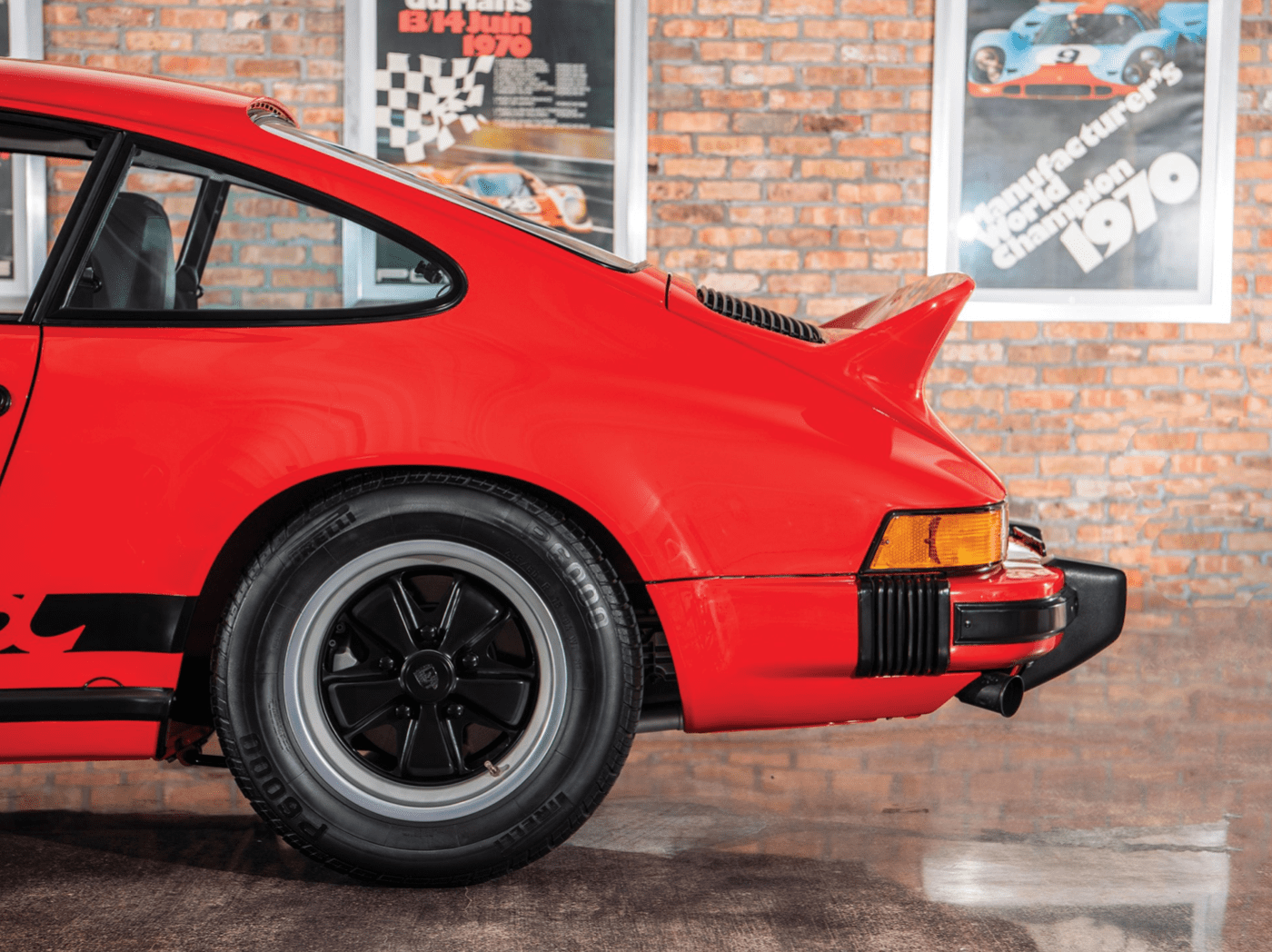 Porsche did an admirable job of adapting the other 911 models to those regulations. The 1974 models debuted the larger-bore 2.7-liter flat six in a reconfigured model line. New Bosch K-Jetronic fuel injection helped lower emissions while retaining the performance of the previous 2.4-liter engine. Larger bumpers met tougher ,low-speed crash standards.

The 911 S engine used higher compression, different cams, and other tweaks to deliver 167 net hp. Next came the 911 Carrera, looking very much like its Euro-market cousin with the big “Carrera” script on the doors, wider rear wheels, fender flares, and low-profile ducktail spoiler.

The U.S.-spec Carrera was essentially the 911 S with the aforementioned additions. The engine was the same as for the S, and so was the four-speed version of the “915” gearbox. A 5-speed was an extra-cost option for both, which the car sold by RM Sotheby’s had.

Also for both, 0-60 acceleration in six seconds and a 140-mph top speed were quite formidable performance stats in 1974. In its test of three different 911 models, Car & Driver found the new, higher-torque fuel-injected engine to be superior in everyday driving than the engine it replaced. The test also revealed that the Carrera’s rear spoiler added downforce starting as low as 30 mph. 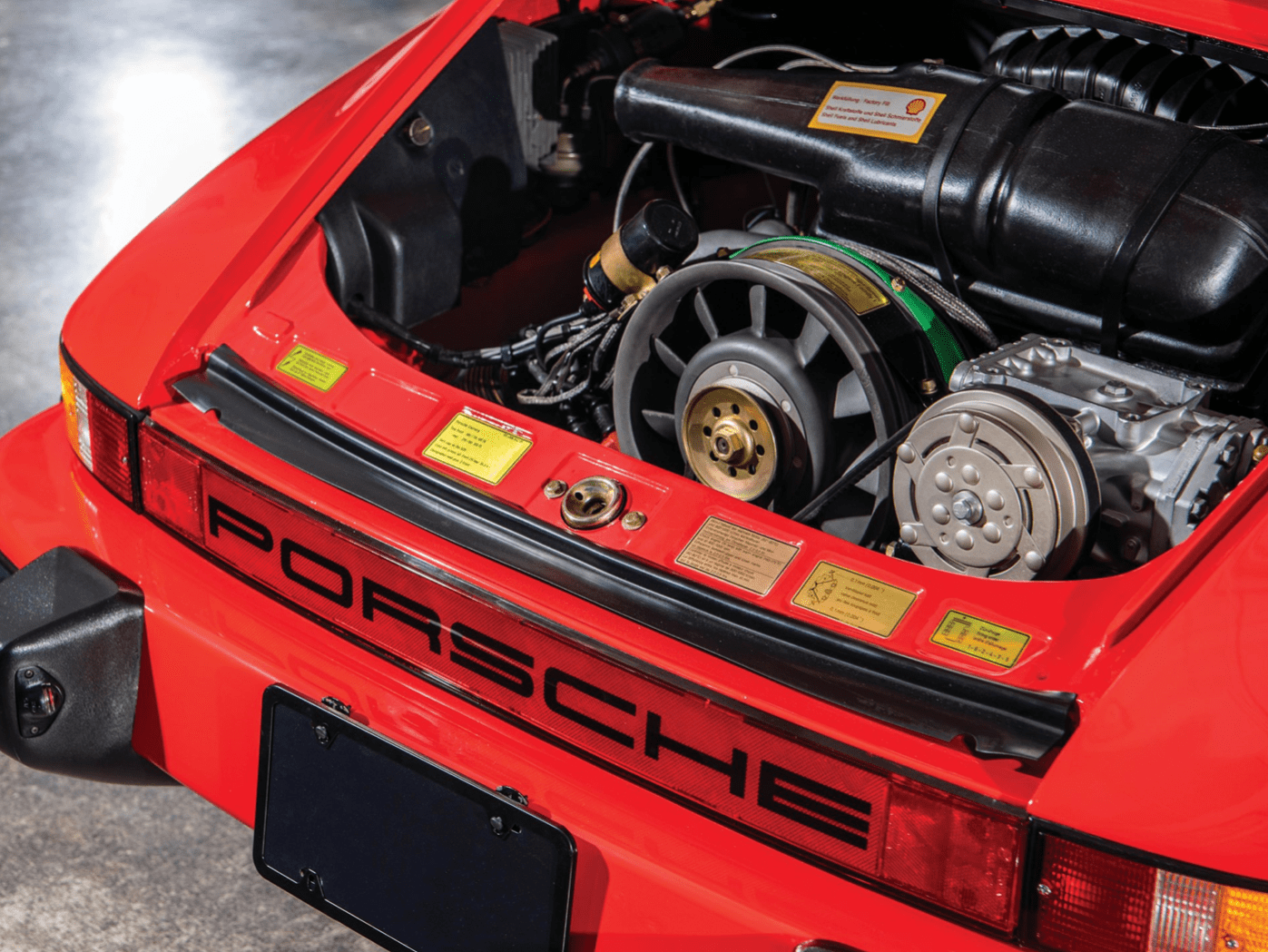 Aside from the cosmetics, the key difference between the 911 S and the Carrera lied within wheels and suspension. For one, the Carrera’s suspension came with stabilizer bars as standard, but these were also optional on the other 911 models. The Carrera also uniquely used a “staggered” wheel setup, meaning wider in the rear. 15 x 6-inch Fuchs alloy wheels in front and 15 x 7-inch on the back, versus the 15 x 6-inch all around for the S. The Carrera’s Dunlop radials were 185/70VR in front and 215/60VR out back.

The added rubber apparently made little or no difference on the track. Car & Driver took NASCAR, Indy, and IROC racer Bobby Allison to Pocono International raceway in Pennsylvania to compare the three 911 models offered in 1974. 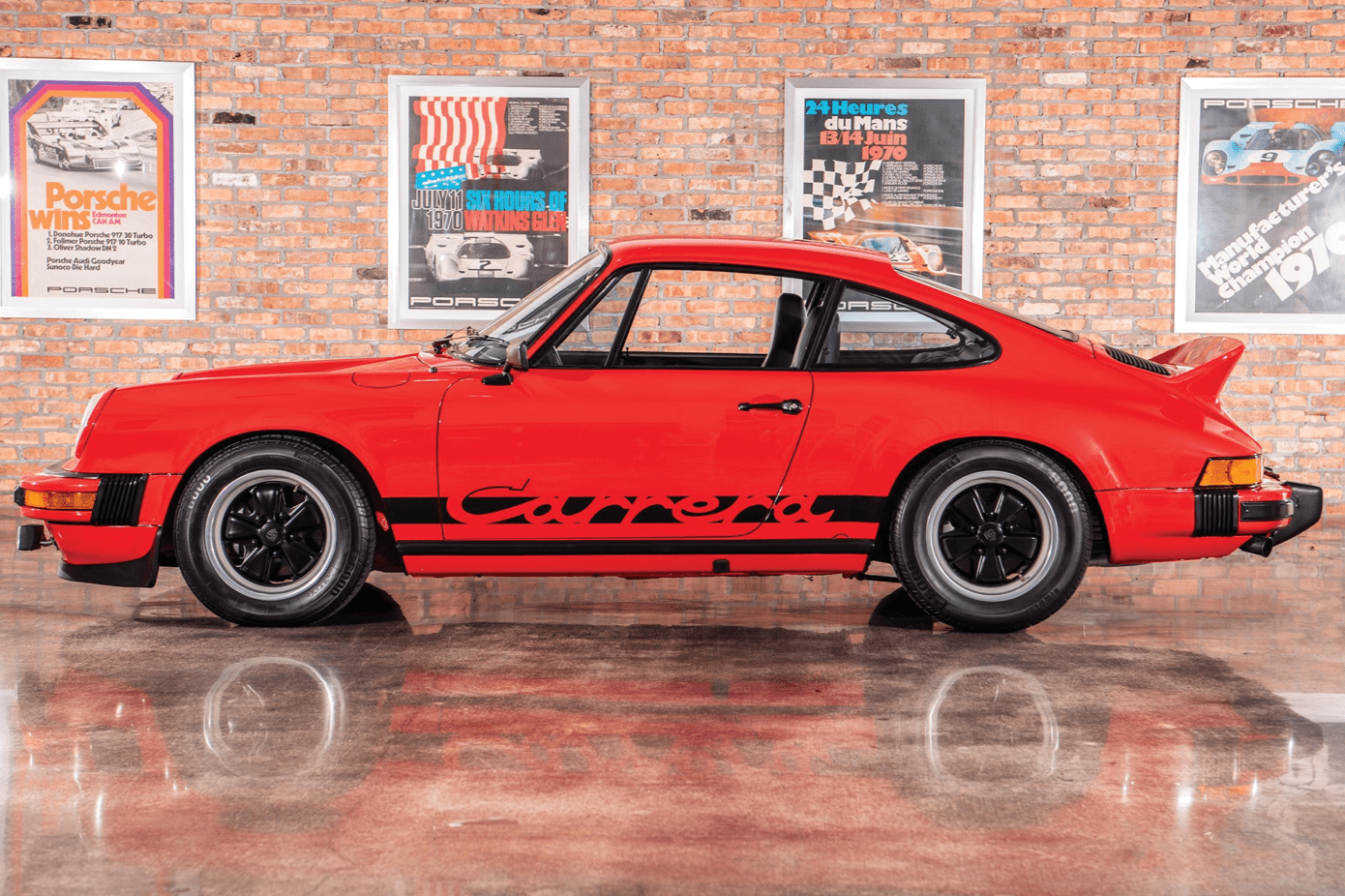 Allison found the base 911 to be the quickest around the Pocono track. He also found all of the 911 variants to be downright spooky with lift-throttle oversteer that could send the car off the road going backward. Allison felt most street drivers, should they experience that situation, would not know how to compensate and retain vehicle control. Car & Driver’s editors concurred, but 911 purists were of course willing to accept that handling quirk as more of a challenge than a fault.

Harder to accept for many was the Carrera’s $13,575 price before options. One of those was the ducktail spoiler for an extra $285. However, it was hardly an “option,” since it came on every Carrera.

Only 528 American buyers thought the 911 Carrera was worth the price in 1974, but that was enough to keep the Carrera name on enthusiasts’ minds. When the badge became an integral part of the overall 911 line a decade later, few complained.

Today, it’s just a name on a very desirable line of cars. 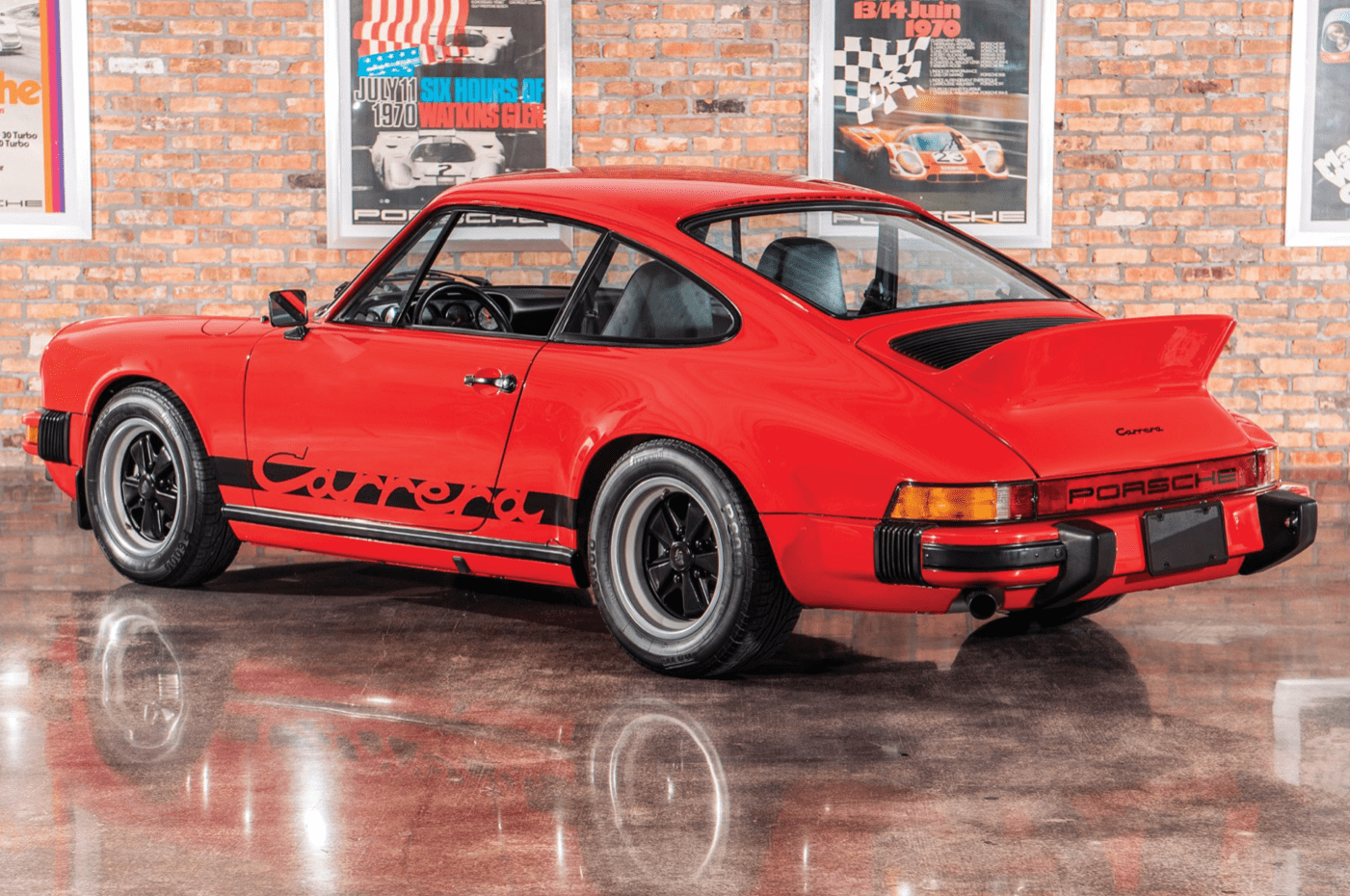