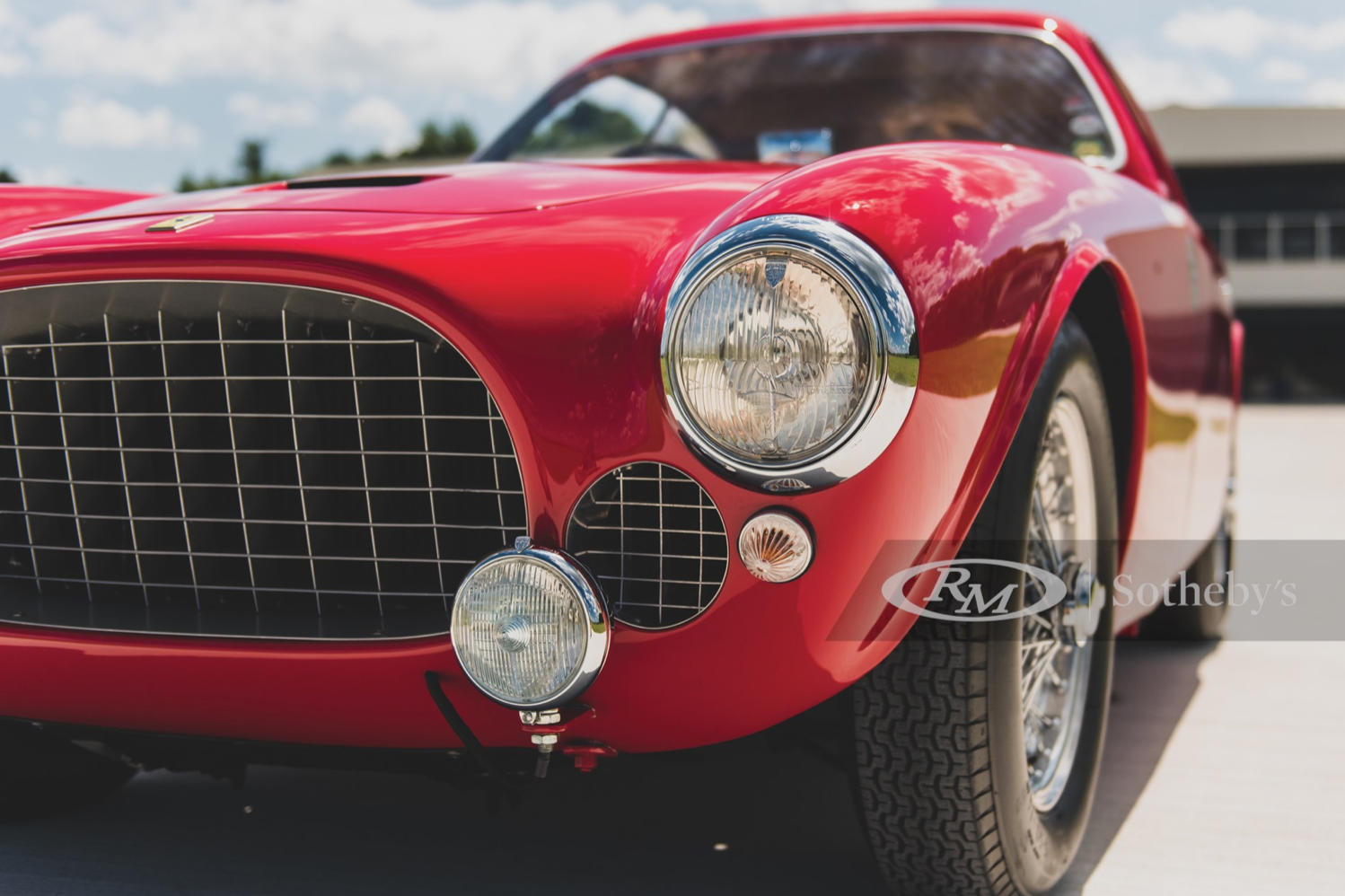 The “Elkhart Collection” is no more. Handling a court-ordered bankruptcy auction of 240 cars, RM Sotheby’s offered all of them at no reserve and brought in $44.3m. The top sale was a 1952 Ferrari 225 S Berlinetta by Vignale, which brought $2.8m.

While the top-10 sales (see below) could have been from just about any major car auction, it’s not often you see a selection of 1950s European microcars like the Zundap Janus and a Goggomobil in the same collection as a Lamborghini Miura P400 Sand three Jaguar Continuation classics built by Jaguar Heritage.

Here’s a closer look, starting with the top-10 sales.

No Butler for You!

Seinfeld fans will recall the episode called “The Pilot,” in which the comedian and his hapless buddy, George Costanza, write a comedy pilot for NBC. The premise has Jerry the victim of a car accident and the judge sentencing the insurance-less car crasher to be his butler.

The silly judgement of the fake show-within a-show was about as ridiculous a plot as the writers could conceive, but one that perhaps Najeeb Khan might have preferred to seeing his beautiful cars scattered around the globe. Khan had been accused of a $100m check kiting fraud against Key Bank. His $126m in liabilities outweighed his $98m in net worth, so the judge decreed the cars had to go.

On the bright side, the collection brought in 45 percent more than the $31 million estimate indicated in some media reports.

RM Sotheby’s conducted the Elkhart Collection sale from both an auction room with in-person bidders and remotely. The auction house reported that the sale drew some 2,500 bidders from 53 countries. Of those, 75 percent were bidding remotely and 55 percent were first-time RM Sotheby’s bidders.

While there are larger private car collections, the selection assembled by Khan probably deserves some award for variety. Plus, there were numerous motorcycles, vintage and modern.

Premier Profiles: How’d They Do?

We profiled three of the Elkhart Collection cars leading up to the auction; two exceeded their pre-sale estimates.

Khan’s disreputable business ethics aside, he did have great taste in automobiles. The top-sale Ferrari 225 S Berlinetta, for example, was the fifth of an estimated 21 built and had impressive racing provenance: 2nd overall at the 1952 12 Hours of Casablanca; 4th overall at the 1952 Monaco Grand Prix, and 10th overall in the 1952 Mille Miglia, among other events. (A painting depicting the car at the Mille Miglia sold for $2,800.)

The second car on the list, the 1953 Fiat 8V Supersonic by Ghia, was one of 15 made. It’s original owner was General Motors designer Henry deSégur Lauve, who is credited with drawing the 1953 Corvette. (In addition to the 8V at #10 on the list, there was yet a third that sold for $775k.) Below that on the top-10, the 1955 Cooper-Jaguar T38 Mk II also came with an impressive trophy case, including six victories at Goodwood and Silverstone.

TheMercedes Gullwing at sixth on the list, a fully numbers-matching example, was originally delivered to Scuderia Ferrari driver Umberto Maglioli. (We wonder how Enzo took that.) The Toyota 2000 GT was one of the 62 original U.S.-market left-hand-drive models. Its original owner, famed American racer Otto Linton, kept the car until 1997.

The Elkart sale also brought $1.6m for the large array of memorabilia and tools offered. The selection was as eclectic as the car collection, with items as varied as BMW motorcycle parts, a Renault-Gordini race engine and even a Carturner turntable to showcase your own top car.

If you missed your opportunity to bid on Khan’s treasures, cheer up; there’s always another nefarious scheme unfolding somewhere that could lead to a no-reserve bankruptcy sale of desirable collector cars.