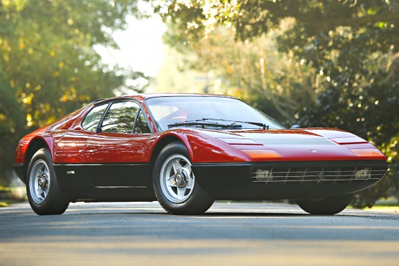 Forbidden fruit for a long time.

One can only imagine Enzo Ferrari’s reaction to seeing the rolling chassis of the Lamborghini Miura at the 1965 Turin Motor Show, and then to see the full prototype at the 1966 Geneva show.

Ferrari had already been previewing a mid-engine sports car with a series of prototypes, but these would evolve into the 1967 Dino 206 GT, which didn’t wear the Ferrari name or Prancing Horse. Meanwhile, development of Ferrari’s next V12 berlinetta, the 365 GTB/4, was underway. But it would be another front-engine car — conventional by comparison to the Lambo.

Ferrari’s true response to the Miura was 8 long years later, the 365 GT/4 BB, first appeared at the 1971 Turin Motor Show and went into production in 1973, just as the Miura was exiting. 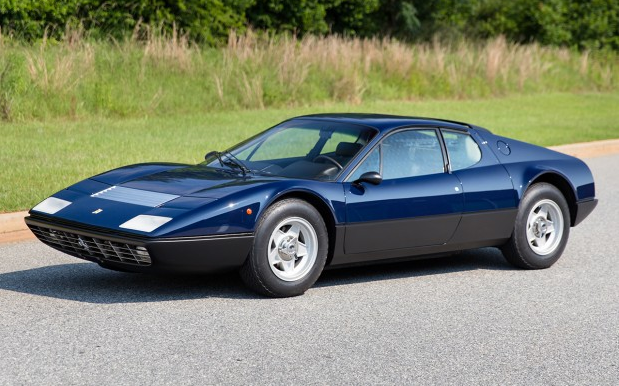 Ferrari has of course always migrated racing tech to its road cars; in the classic era, the two were often one in the same or very close siblings. In the rear of the Pininfarina-designed 1971 prototype of the 365 GT/4 BB sat the same type of engine Ferrari was then using in Formula 1, a flat-12.

The “BB” stood for “Berlinetta Boxer,” although the engine was not technically a true boxer. Rather, it was a V12 opened up to 180 degrees. In a true boxer engine, there’s one crankpin per connecting rod; in the 180-degree V12, two opposite pistons share a crankpin. 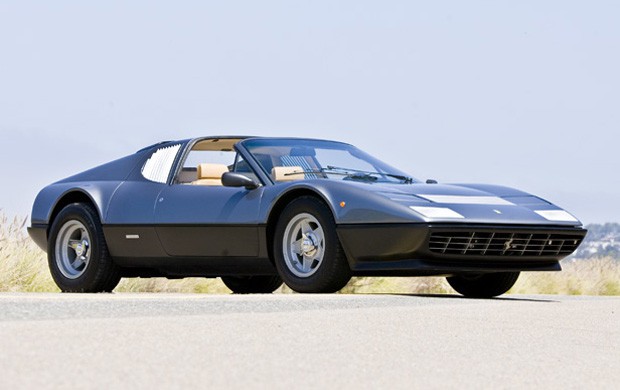 The cylinder dimensions of the Ferrari flat-12 were the same as its V12 of the time, an 81mm bore with 71mm stroke for 4,390cc displacement. The engine breathed through four three-barrel Weber carburetors and gave about 340 horsepower, depending on which Ferrari factory source you were reading. The five-speed manual transmission ran underneath the engine. Zero-to-60 in 5.7 seconds and a top speed of nearly 190 mph were supercar figures for the time.

The Lamborghini Miura owed much of its feline sleekness to the transverse-mounted engine, which allowed the car to be shorter than if the long V12 engine were mounted longitudinally. The Ferrari BB did not have that luxury. It’s a striking design by Leonardo Fioravanti, who was challenged to hide the added length between the end of the door and the wheel well. The solution of a large side window, giving the car the look of a 2+2, was fairly brilliant. 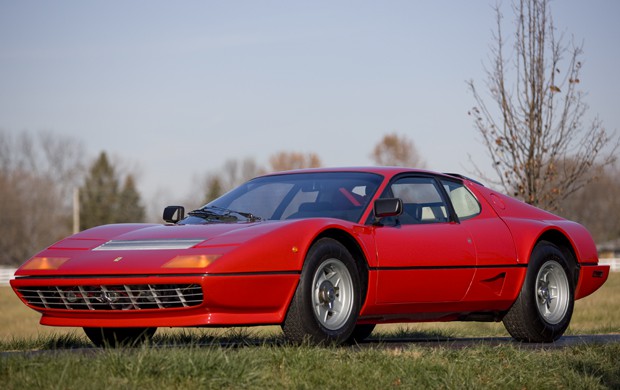 But Not for America

The 1970s were a rather bleak time for American Ferrari customers, for whom Ferrari held back its 12-cylinder models. The gray market was the only choice to get a BB. In 1976, Ferrari enlarged the displacement to 4,943cc and changed the name to 512 BB; “5” for liters and “12” for cylinder count. This was the same naming convention used for the V8s at the time. (Ferrari would go back and forth with its naming conventions in subsequent years.) Visually, a NACA duct behind the door, and two taillights per side rather than three, quickly distinguishes a 512 BB from its predecessor. 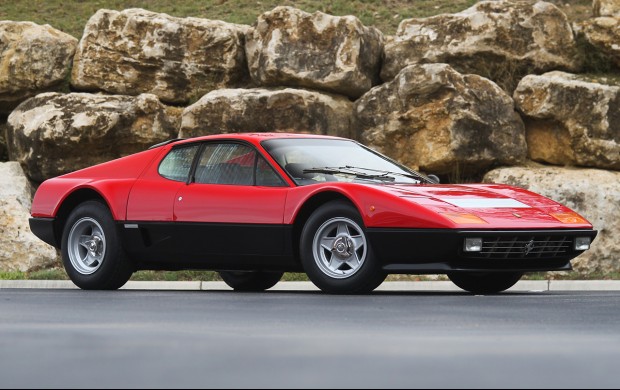 The ultra-fast 512 BB was not without faults. Ferrari factory race driver Carlos Reutermann, driving the car for Italy’s Quattroruote magazine, cautioned readers that the 512 BB offered a sudden surge of power at high rpm that could make it challenging to control.

In 1981, the king of Ferrari road cars became the 512 BBi with Bosch K-Jetronic fuel injection replacing the carburetors. Altogether, some 2,300 Berlinetta Boxers were made before the even more radical Testarossa replaced it. 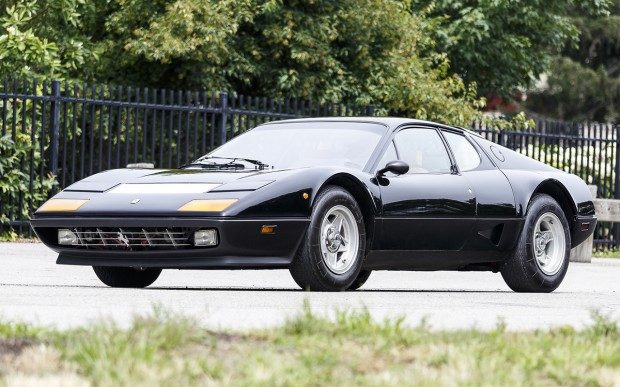