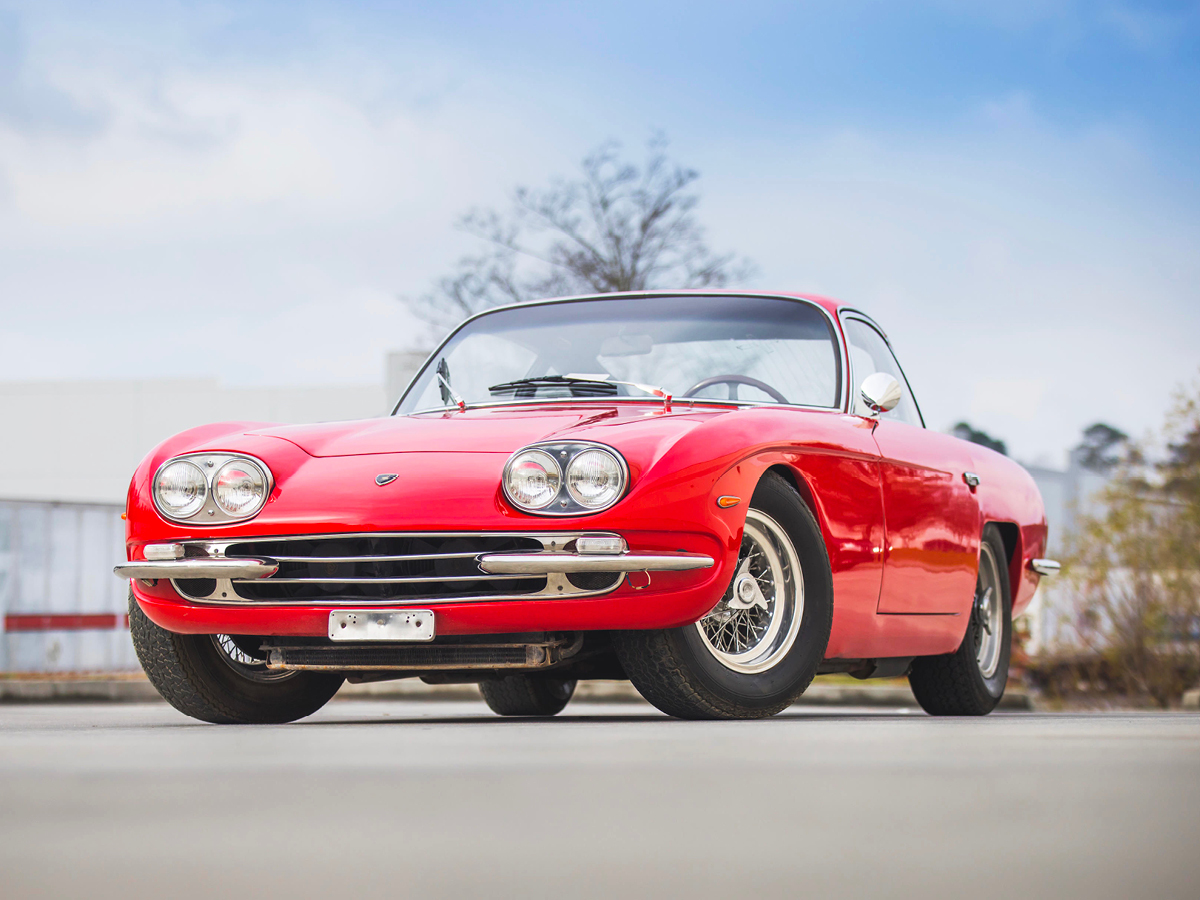 If you contributed to the 503 million minutes streamed across the three episodes of The Beatles “Get Back” film on Disney last November, you likely caught a glimpse of Sir Paul McCartney’s 1967 Lamborghini 400 GT 2+2. That was the maroon coupe seen parked outside the group’s Apple Building on London’s Savile Row as the band was giving their last public performance on the roof.

If you missed your chance to buy that very car at Bonhams’ Goodwood auction in March 2018, don’t be disappointed, because it did not sell. You might have a better shot at the 1968 Lamborghini 400 GT 2+2 seen here. Offered at no reserve by Bonhams at its Amelia Island auction on March 3, the car is a left-hand-drive version estimated to sell for $250K-$300K.

What were Lamborghinis like in an age long before they looked like stealth fighter jets? Let’s have a look.

As wealth grew in post-WWII Europe, so did demand for luxury goods, including high-end cars. Ferrari, of course, had established itself as the de-facto benchmark for super-fast road-going GTs and sports cars, spurring others to give it a try. Racing rival Maserati stepped up its road car business with the 3500 GT, and in the early 1960s, two upstarts, Iso and Lamborghini, launched competitors.

Both Iso and Lamborghini sprang from existing vehicle makers: the Isetta mini car from Iso, and farm tractors from Lamborghini. Both firms also enlisted the work of ex-Ferrari engineer Giotto Bizzarrini, who formed his own firm after leaving Maranello in a huff in 1961.

Don’t Get Mad, Build Your Own Car

Lamborghini’s origin story is said to have sprung from founder Ferruccio Lamborghini’s dissatisfaction with the customer service he received for his personal Ferrari. So, he figured, if you want something done right, you have to do it yourself (or something along those lines.)

Signor Lamborghini insisted on a V12 engine for his car, and Bizzarrini created a 3.5-liter gem that would morph into larger-displacement variants over the next four decades. Lamborghini contracted with Carrozzeria Touring in Milan for the car’s body design and construction. The finished prototype debuted at the 1963 Turin Auto Show, with a modernistic look that established the marque’s penchant for dramatic lines. Finished bodies went to Lamborghini’s specially built factory in Sant’Agata Bolognese for completion, including powertrain installation.

Named 350 GTV, the prototype Lamborghini caused a sensation wherever it was shown. The production version arrived in 1964, though with the styling tamed a bit and lacking the prototype’s pop-up headlights. Instead, headlight pods protruding from the hood gave the car something of a smiling face. The name was shortened to 350 GT.

With no racing pedigree behind it, the 350 GT sold on its own merits, and in particular the driving experience. The aluminum double-overhead cam V12 used six side-draft Weber carburetors to clear the low hood. The engine’s 280 horsepower matched the Ferrari 3.3-liter V12 in the 275 GTB.

A five-speed manual transmission, four-wheel independent suspension and four-wheel disc brakes made the 350 GT fully modern in its day. The cabin seemed at least as luxurious as a Ferrari’s.

After making 120 of its 350 GT models, Lamborghini upsized the V12’s displacement to 3.9 liters and re-named the resulting 320-horsepower model 400 GT. The car could reach 150 mph. Reviewing the model in 1967, Britain’s Autocar magazine declared it to be “better than all the equivalent exotic and home-bred machinery in this glamorous corner of the fast-car market.”

The first couple-dozen 400 GTs used the 350 GT body, and a rest of the 224 built added a different roofline and 2+2 seating, although still on the same 100.4-inch wheelbase. As the 400 GT ended production in 1968, its replacement, the Islero, arrived with a more modern looking body on the same chassis. By then, Lamborghini’s mesmerizing Miura supercar was in production, as well.

The Lamborghini 400 GT offered by Bonhams at The Amelia auction is the 223rd made. It was built as shown here, with Rosso (red) exterior and Nero (black) leather interior. The car was repainted at some point in the past, but the interior was left in original condition. The first owner was in Portugal, and the car later had owners in Norway, the Netherlands, Germany, and the United States.

A return to Germany in the early 1990s reportedly included an engine rebuild, but no documentation of this work is included. The consignor bought the Lamborghini in 2007 and is said to have kept it only as a display, so Bonhams is recommending mechanical recommissioning for the car.

Sir Paul sang “Can’t Buy Me Love,” but it could certainly buy a Lamborghini like the one that caught his eye some 20,000 “Yesterdays” ago.