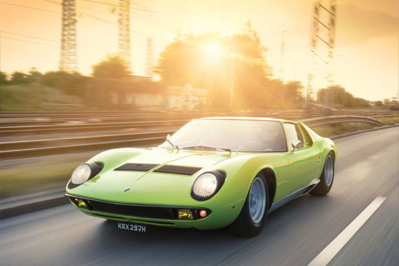 When was the last time an auto-show introduction knocked your socks off? Chances are, whatever the car, you already saw it on the Internet days before. Journalists and patrons at the Geneva Motor Show in 1966 had no such spoilers to dampen the thrill of seeing the Lamborghini P400 for the first time. It didn’t matter that the car had no name at that point.

Five decades later, the Lamborghini P400 Miura is appreciated as both a landmark sports car and a milestone design. The latter, by Marcello Gandini for Bertone, is simply without comparison to anything built before or since.

Recent auction sales climbing past $2 million may seem overdue to some marque aficionados, given the Miura’s special place in auto history. That trend, however, makes it a good time to consider leasing for your acquisition of this timeless beauty. The experts at Premier Financial Services can show you how the  PFS simple lease terms can give you the benefit of any upside while preserving your funds. 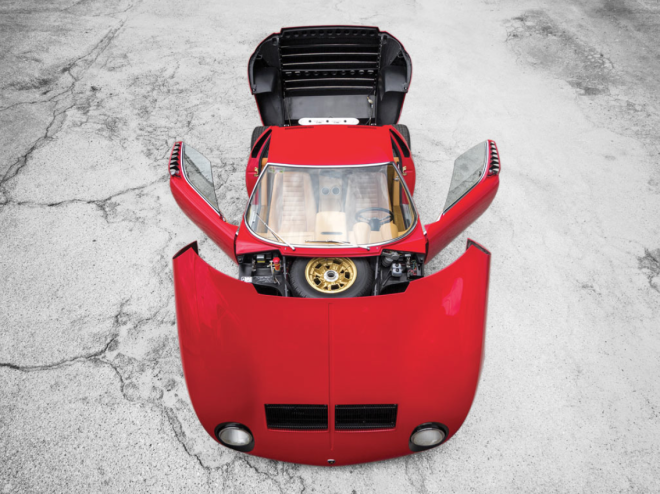 Sneaking Behind the Boss’ Back

Lamborghini had first shown the P400’s bare chassis at the 1965 Turin Auto Show. Its mid-mounted V12 suggested a racecar, as that layout had recently made the leap from Grand Prix racing to sports car racing.

At the time, Lamborghini’s sole model, the 400GT, was more like an Aston Martin than a race-bred Ferrari 275 GTB. Ferrari, meanwhile, covered the luxury part of the market with the 330 GT and 275 GTS. The P400 chassis was developed to convince the boss, Ferruccio Lamborghini, that the marque could upstage Maranello on the road, if not the track. 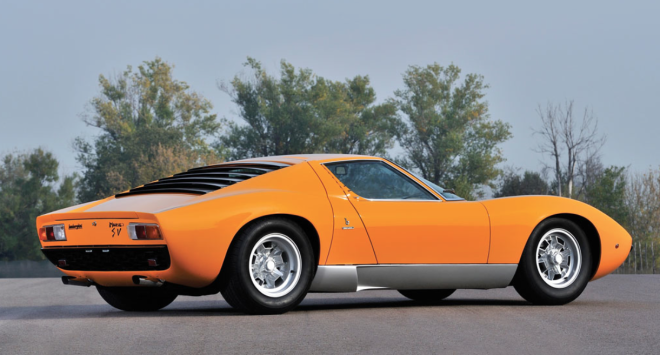 Convinced, the boss commissioned Bertone for a body. Gandini, then in his mid-20s, created a visual sensation that seemed alive and exuded sensuality. Sitting barely two inches higher than the Ford GT40 racecar that would sweep Le Mans in 1966, the P400 made Ferraris appear staid by comparison.

Though it looked nothing like a Jaguar E-Type, the P400 prototype did share a character trait with the Brit: each conveyed femininity from its body contours, yet gave the overall impression of a very masculine car.

The P400’s flip-up front and rear sections enabled easy access to the mechanical bits while also giving the owner a means of upstaging the neighbor’s Ferrari. Headlights were pop-up but not hidden, as would become the norm. Rather, they were like eyes gazing skyward from the hood, an effect accentuated by the louvered “eyelashes” trimming them. A louvered engine cover was a mod touch in the late 1960s but also could take the blame for the garish aftermarket trend that followed.

The P400 prototype was an instant magnet for deposits, and Lamborghini confirmed its next production model. The name Miura came from a line of Spanish fighting bulls, establishing a new tradition for the marque, which also adopted the bull as its symbol.

The Heart of a Fighting Bull

The Miura engine was an adaptation of the Lamborghini V12, fitted sideways and using four three-barrel Weber carburetors. An unusual feature (borrowed from the Austin Mini) to save room was building the engine in unit with the 5-speed transaxle. Both shared the same oil supply, which was not an ideal solution.

The 1967 Miura was priced at a staggering-for-the-time $20,000 in the U.S. But then, there was really no competitor to the Miura, and certainly not its 170-mph top speed. Then again, front-end lift at speeds over 120 mph would have discouraged most drivers from probing the limit.

Driving a Miura could confer star status on the owner and so, not surprisingly, the striking Lamborghini was popular among celebrities: Miura owners included Miles Davis, Frank Sinatra, Elton John, and Rod Stewart. More notoriously, the Shah of Iran was a Miura owner, as well. Noted car collector and Lamborghini buff Jay Leno today has a 1967 Miura originally owned by Dean Martin, and he also has a 1969 Miura S. 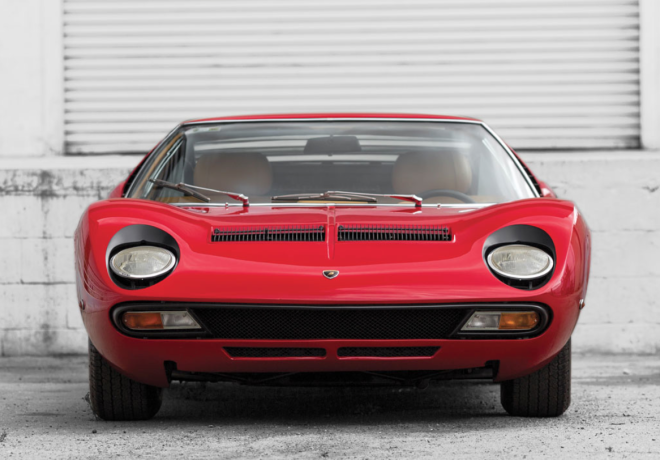 The first series of 275 Miuras were fairly bare-bones machines; the 1969 Miura S arrived with a stronger chassis, upgraded interior and amenities and another 20 horses. Lamborghini built 338 of these before the final series, the SV, arrived for 1971. The headlights’ “eyelashes” were deleted, the suspension improved for greater stability and the engine gained yet another 15 ponies. Most of the SVs built had a new separate oil sump for the engine, a fairly critical upgrade for high-speed driving.

A handful of owners commissioned the factory to upgrade their SV models to SV/J spec, a version inspired by the aborted Jota race model. A Miura SV/J sold for $1.9 million at the RM Sotheby’s Arizona auction in 2015.

If acquiring a Miura is on your list of New Year’s resolutions, talk to a Premier Financial Services specialist about leasing your Lamborghini instead of purchasing. You’ll be surprised at the benefits.