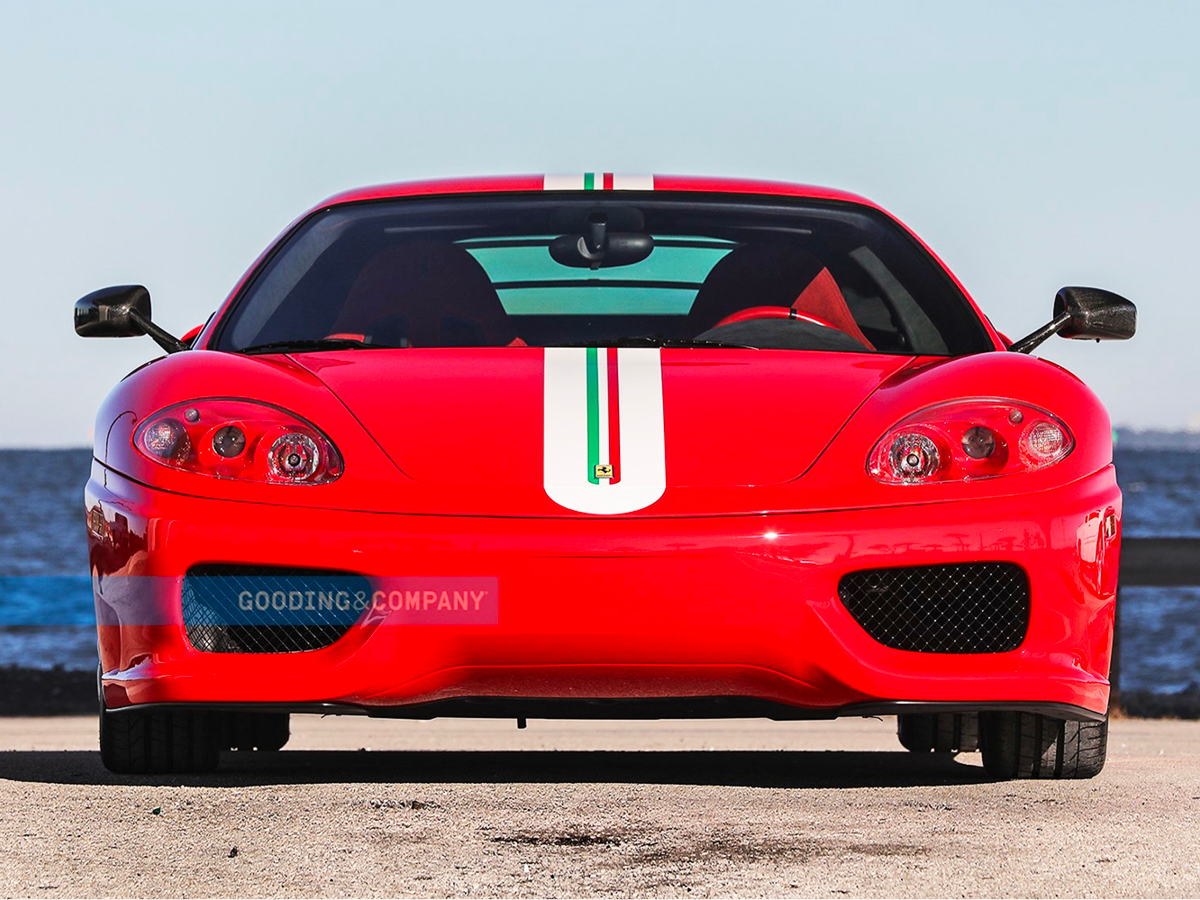 Putting the “sports” back in “sports car”

Asking Ferrari buffs to choose one car – just one – that exemplifies Ferrari’s road and track heritage is sure to set off a spirited debate. It would likely end with a settlement on a few cars that represent different periods in the marque’s history. The 2004 360 Challenge Stradale would have to be on that list.

Creating a Race for a Car

Ferrari injected some new life into its gentleman racer heritage in 1993 with the Ferrari Challenge. This single-model race series allowed owners of the 348 model to compete against each other in a series of short (30-40 minute) sprint races on major tracks around the country.

The Ferrari Challenge, part of Ferrari’s Corse Cliente program, went global and is still going strong today. The series would adopt each new mid-engine V8 model as it was introduced, and then retire the former model the following year. Now approaching its 30th anniversary, the series currently features the F8 Tributo. The series championships are homologated by the International Automobile Federation (FIA).

From Road Car to Race Car

The Ferrari Challenge cars quickly evolved into specific race-prepped versions of the V8 middies built by the factory. Where the original Challenge-prepped 348 models could be returned to street trim if the owner wanted, the later models were strictly racecars, lacking such road-car features as airbags. These could never be legally used on the road, and many owners continue to use them for club racing and track events.

Some Ferrari drivers, however, wanted a true dual-purpose car, a street-drivable racer that could be used for track-day driving or club racing. Ferrari filled that niche with the 360 Challenge Stradale.

From Pivotal to Riveting

First, consider the 360 Modena, a pivotal car in Ferrari history. Its curvy aluminum bodywork evoked classic Ferrari sports racers, and its  all-aluminum space-frame chassis that was stiffer and lighter than that of the F355 model it replaced. Car and Driver called the 360 Modena “one of the most electrifying cars on the planet.”

Where does a carmaker go from such a high level? Ferrari applied three time-proven methods to turn up the voltage, so to speak: (1) reduce weight, (2) increase power, and (3) crank up track handling agility and braking.

Ferrari cut about 240 pounds from the 3,300-pound Modena. On the outside, the rear glass engine panel was replaced with Perspex (with carbon-fiber supports), and carbon-fiber side mirrors were taken from Ferrari’s 360 GT racecar. For those looking to shave a few more pounds, there was an option to also replace the side windows with lightweight Perspex panels. These were stationary and had small sliding openings for some ventilation and paying highway tolls.

Inside, Ferrari replaced the 360 Modena’s carpeting with lightweight ribbed rubber floor matting and replaced the leather-clad door panels and console with carbon fiber parts. Racing-style carbon fiber buckets replaced the standard seats, and the stereo was left out. The air conditioning remained, however. (Would you want to drive to the track without that?) The instrument gauges were housed within a carbon fiber panel.

The 360 Challenge Stradale sported a tweaked version of the Modena’s 3.6-liter V8. A slight raise in compression, along with revised intake and exhaust systems and other changes pushed output to 425 horsepower, up from the Modena’s 400.

The only transmission offered was the F1 six-speed automated manual, as on the 360 Challenge. This version made the Modena’s “Sport” setting the default and added a “Race” mode. Shifts took a mere 150 milliseconds.

To hug the curves with more vigor, the ride height was lowered a bit and suspension stiffened by 20 percent over the 360 Modena. Ferrari also said that aerodynamic tweaks yielded 50 percent higher downforce in the Challenge Stradale. Motor Trend described the handling this way: “Every driver input is X-Acto sharp. The steering reacts right now, with excellent feel and turn-in, but no kickback.” The magazine continued, “It’s the 600-foot-slalom times that blew us away. The Ferrari cleared the cones at 72.7 mph.”

The Spirit of Ferrari