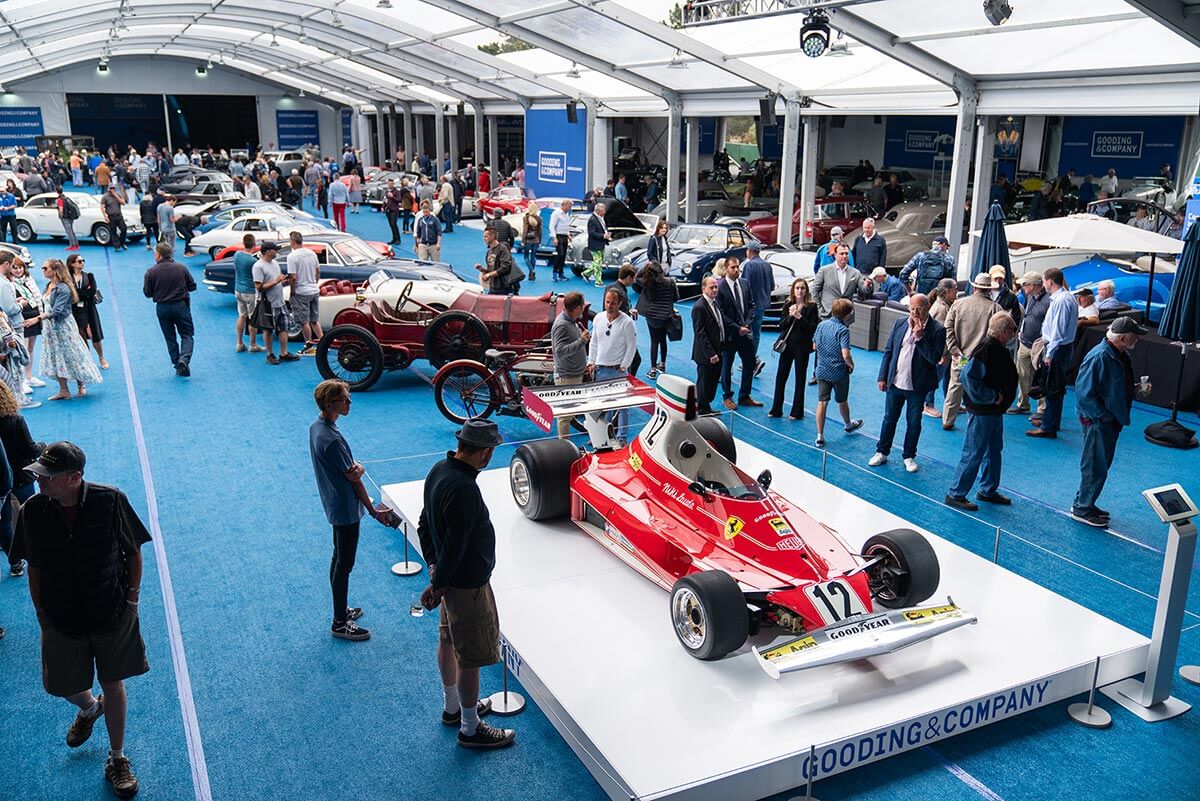 As the official auction house of the world-renowned Pebble Beach Concours d’Elegance®, Santa Monica-based elite auctioneer Gooding and Company returns for 2021 with live auctions held in conjunction with the Concours. Providing welcome relief for devotees of these events that has long defined Monterey Car Week every August, everyone is anticipating the Gooding and Company Pebble Beach auctions to represent the company’s proven tagline, “Quality is Our Style”. Gooding’s Pebble Beach offerings are an uncommonly broad and deep virtual trip throughout automotive history.

As always, this wonderful event is the only one of its kind held within the gates of the beautiful 17-Mile Drive leading to the renowned Pebble Beach Golf Links. Be sure to plan ahead to avoid missing any of the classic and collector cars set to cross the block at the Pebble Beach Parc du Concours on Friday August 13 at 5pm PDT, followed by the Saturday session on August 14, beginning at 11am PDT. In any case, the Premier Financial Services team of confirmed collector-car enthusiasts and leasing professionals will be watching these celebrated auctions closely. Here are their favorites.

Lot 53, a 1984 Lamborghini Countach LP5000S, is the pick of Southwest Sales Manager, Michelle Yancey, who remarked, “You’ve got to love the unique lines of the of the Countach and White is my all-time favorite color for the car. As they say, police stop white cars less- always helpful when you are driving a Lamborghini!” The LP5000S is an especially potent performer and a major evolution in the history of this stunning Supercar. Famed Italian engineer Giulio Alfieri led development, upsizing Lamborghini’s famed V-12 engine to 4.8 liters. Still rated 375 BHP it features a bore and stroke increase compensating for slightly lowered compression. The LP5000S featured larger Weber carburetors and carefully selected gear ratios maximizing performance. Performance was, and remains, breathtaking.

As with all prior Countach iterations, the LP5000S debuted at Geneva. Just 321 were produced between 1982 and 1985. Further, this model forced Ferrari to up its game with the new-for-1984 Testarossa. Additionally, this example carries excellent provenance, featuring a one-off Plexiglas tail. In addition, it was on display at the 1985 New York International Auto Show. Single ownership from new to 2012 is another major plus.

The pick of Ross Dressel, our Midwest Region Sales Manager, is Lot 7, this 1974 Ferrari Dino 246 GTS from the Donald L. Weber Collection. A beautifully presented, late-production example, this Dino is one of just 313 GTS models that went through production for 1974. One of only 1,274 built in total. Offered with less than 16,000 miles, it retains the matching-numbers engine. This information is gleaned from Dino expert Matthias Bartz, author of The Dino Compendium. As Keith recently observed, “While the 206 and 246 Dino variants have truly come into their own as collector cars over the past decade, I am very curious how this vehicle performs at auction. Considering its modern successor, the V-6 plug-in hybrid 296 GTB, was just recently announced by Ferrari.”

Juan Garcia, Premier’s West Coast Region Sales Manager, has selected Lot 28 from the Gooding and Company Pebble Beach auction docket, an example of the perennially collectible 1956 Mercedes-Benz 300SL “Gullwing” Coupe. Finished in Elfenbein (DB 608 Ivory) paint, it was an original California car, acquired in 1959 by a U.S. Naval Aviator who eventually relocated to Minnesota, who retained it until 1989. Then, it was sold to Europe and restored, subsequently returning to the United States, where it was further elevated. Additionally, rare factory-correct features include an original Karl Baisch fitted luggage set, aerodynamic belly pans, manuals, and tool roll. Lastly, retaining the matching numbers chassis, engine and body per factory records, this unqualified motoring icon is a wonderfully presented and enjoyable late production “Gullwing.”

Chris Warren, Premier’s Southeast Sales Manager, has chosen Lot 33, a captivating example of the adventurous icons from the early “W.O. Bentley” years. Currently celebrating its Centennial Era, Bentley was firmly established in 1919. Unyielding development and a relentless drive for perfection yielded a stunning competition record, including five victories with the legendary “Bentley Boys” driving them at the 24 Hours of Le Mans by 1930. As a result, evocative images of Bentley’s heroic Van den Plas touring-bodied racecars of this glorious era continue to electrify legions of enthusiasts today, spurring collector demand. This car is an extraordinary and desirable vintage Bentley touring car, this example is documented by Bentley expert Dr. Clare Hay. Further, it retains the original chassis, engine, adventurous Vanden Plas body and other major components. Tour-proven, it also features a number of sporting updates.

Premier’s Northeast Sales Manager, Keith Neelans, has selected Lot 154, this charismatic 1964 Porsche 356C Carrera 2 Cabriolet as his pick of the most desirable finds at Gooding and Company’s Pebble Beach Auctions this year. Extremely rare as 1 of just 30 examples produced, it marks the ultimate evolution of Porsche’s groundbreaking 356-series models. This car is capable of prodigious performance with its race-derived DOHC 2.0-liter engine. This engine produces 130 horsepower at 6,200 RPM, the 356C-based Carrera 2 models also delivered advanced 4-wheel disc brakes. Originally Champagne Yellow, this Carrera 2 was delivered new to Hollywood legend John Sturges. Consequently, his many credits include The Great Escape and The Magnificent Seven. Further, according to Gooding and Company, this Carrera 2 Cabriolet even retains the matching numbers engine and transaxle per factory records.

This 1973 Maserati Ghibli 4.9 SS from the Neil Peart “Silver Surfer” collection was selected too. It was picked by staff at Premier’s Woodbury, Connecticut offices. This rare car is one of only 425 built. Its top-specification Ghibli 4.9 SS Coupe carries fascinating history. It had been first used by the Maserati factory as a demonstrator prior to being delivered in June 1973. Then, it was delivered to its first personal owner in Switzerland.

At some point in the Ghibli’s life the original engine was replaced with a correct ‘4.9 SS’ unit numbered 1738. Renowned musician of Rush fame and a prolific lyricist and writer, Neil Peart purchased this Ghibli in late 2013. Then, he imported it from Switzerland to the US, where it was relentlessly serviced and maintained for driving enjoyment. Lastly, this ultimate-specification Ghibli was reputedly one of Mr. Peart’s favorite classic Sports/GT cars to drive and enjoy, and we can see why!

A Simple Lease from Premier Financial Services takes the stress out of bidding on your dream car at auction. Premier is your path to enjoying any high-end automobile, from leasing a limited-production Porsche model from auction to driving home that Lamborghini from the dealer showroom. Bidders are thoroughly vetted in advance at Gooding & Company’s Monterey Auctions, so avoid a costly mistake and get ready to bid with confidence with our auction basics.