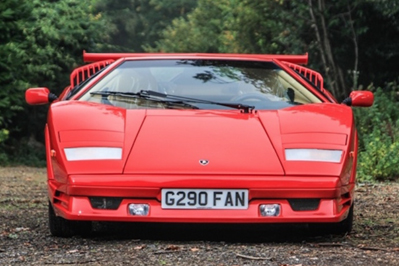 Beginning with the Miura in the late 1960s, Lamborghini had for quite a while held at least one advantage over Ferrari: the ability to stun with design. The Miura veritably defined 1960s sports car beauty. Its successor, the utterly unique Countach, introduced “brutal” to the equation and became a landmark supercar design.

Countach remained in production for 16 years, but with just under 2,050 cars made. Contrast that with the Ferrari Testarossa, with 7,200 cars over seven years. American imports of the Lamborghini Countach did not begin until nearly a decade after production started, but today, thanks to the EPA’s “25-year rule,” the entire model run is available for enjoyment here. 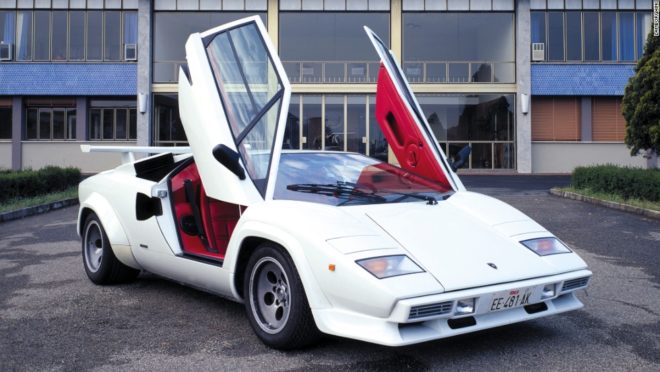 Bertone presented the Countach LP500, penned by Miura designer Marcello Gandini, as a concept at the 1971 Geneva Motor Show in November of that year. The Ferrari 365 GT4 BB, introduced months earlier at the Geneva Motor Show, had some of the wind sucked out of its sail panels.

The public’s reaction fit the car’s name, Countach being a kind of made-up word that’s sort of based on an Italian word meaning an expletive for “Wow.” Or, at least that’s how the legend goes. And so, this most brutal of Lamborghinis was not named for a bull. 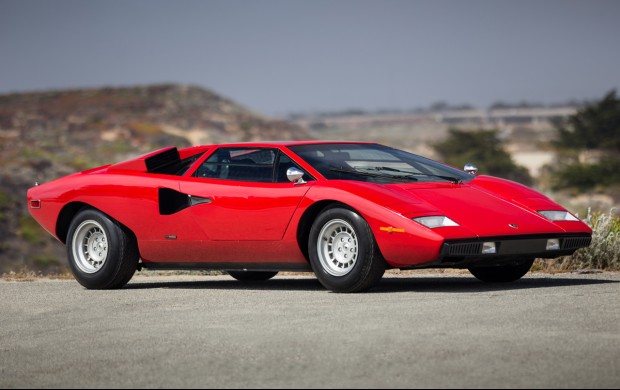 The impossibly low Countach LP500 prototype looked like 200 mph standing still. This concept car was devoid of any scoops, wings or flares, but its integrated vents would prove to be inadequate for cooling the engine. The scissor-style doors would become a Countach calling card and guaranteed the driver and passenger a grand entrance wherever they disembarked.

The production version debuted as the Countach LP400 in 1973, the lower numerical badge indicating the Miura’s 4-liter V12 rather than the 5-liter unit promised by the concept. Where the Miura had its engine mounted sideways, the Lamborghini Countach put it lengthwise, giving the car a long tail section.

The production model sprouted large air scoops on its haunches, along with additional vents and other differences, but had lost none of the prototype’s shock-and-awe presence. Collectors prize the early cars; the first 150 or so built are known as “Periscopica” models for a kind of periscope built into the roof to give a shallow rear view. 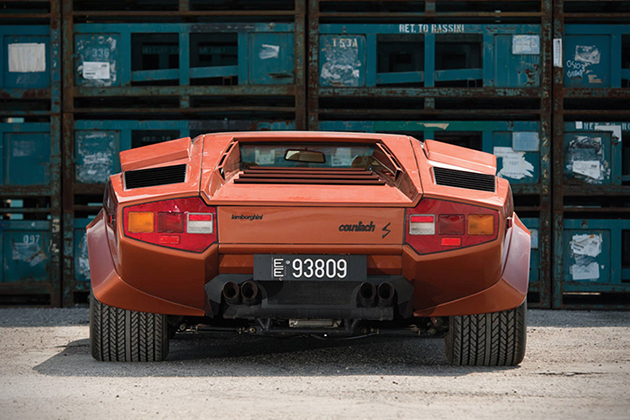 LP400 S: Where the Super-Wide Rubber Meets the Road

Lamborghini addressed the under-tired aspect of the Countach with the LP400 S in 1978. Power dropped a bit to about 350 hp, but the Countach looked faster than ever with its huge 345/35VR15 Pirelli P7 rear tires, covered by fiberglass fender flares. Just under 240 were made.

The LP400 S introduced a signature feature of the Countach that one either loved or hated, a huge, V-shaped rear wing that looked like the horizontal stabilizer from a Boeing 727. On the one hand, the $5,500 option was said to add stability at very high speeds, but on the other, its aerodynamic drag reduced top speed by 10 mph. 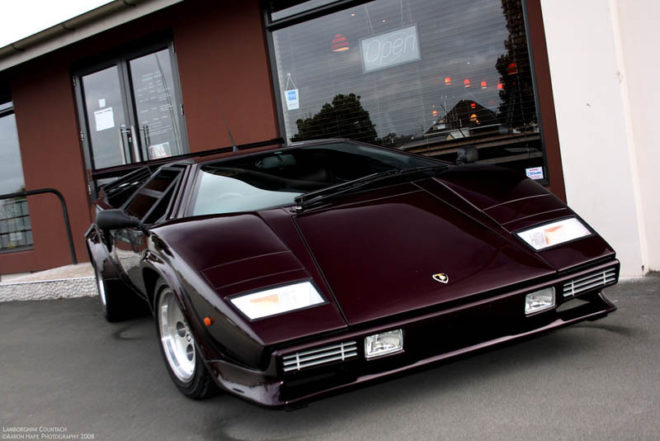 The Lamborghini Countach got an engine upgrade for 1982, a 4.8-liter V12 that earned it an LP500 S badge. Having gone through numerous ups and downs, including bankruptcy, Lamborghini – through its inventive U.S. branch – was able to certify the car for sale here through some rather convoluted engine modifications.

Car & Driver tested one for its December 1983 issue, but oddly, it was the Euro version with its six Weber carburetors. Base price at the time was $99,500. As fierce as it looked, the Euro model could muster “only” 150 mph. Removing the huge rear wing added 10 mph to the top end and barely affected stability, according to Car & Driver, which enjoyed the car’s speed but not its its harsh, loud ride, miserable visibility and high-effort clutch. 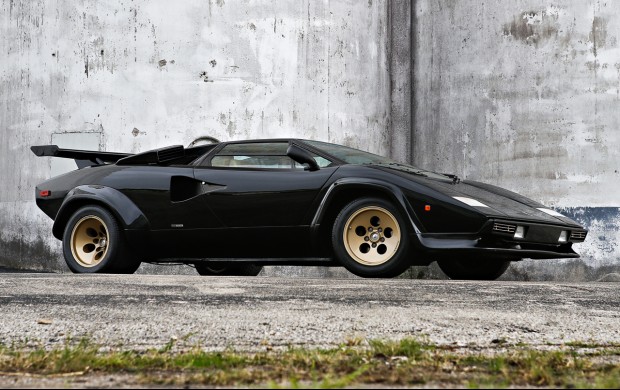 Lamborghini upped its game for the 1985 Countach, now with a 5.2-liter V12 featuring new four valve-per-cylinder heads and over 400 hp. Known as the LP5000S Quattrovalvole (or QV for short), 676 were made.

Lamborghini introduced the final Countach series in 1988, the 25th Anniversary. Mechanically similar to the 5000QV, the Anniversary model was restyled, with larger side air scoops and strakes all over the place to help with engine cooling. Viewed from above, with the giant wing fitted, it could be mistaken for some kind of spacecraft. Lamborghini, by then under Chrysler ownership, built 650 Anniversary models.