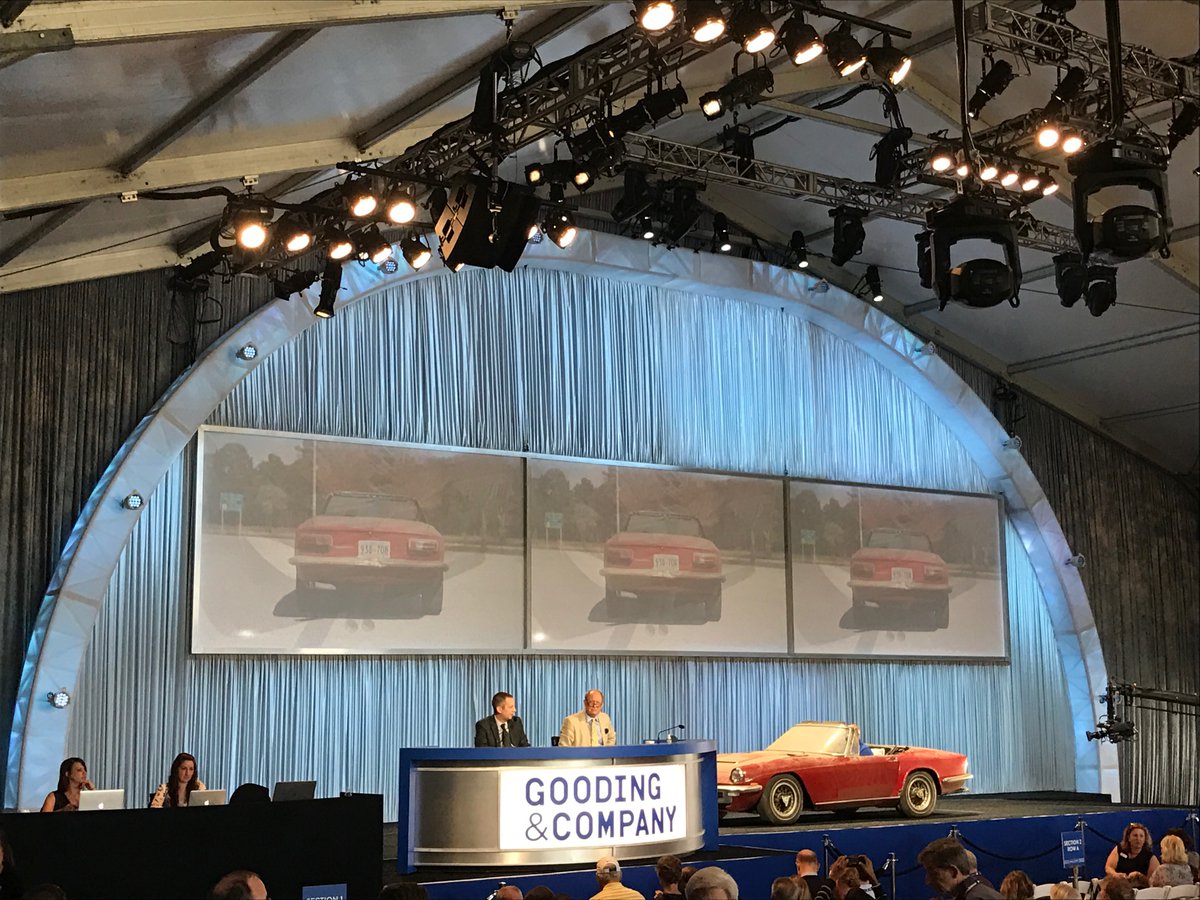 Some impressive sales despite a subdued start to auction season

Like most businesses, the collector-car auction circuit found itself upended by the COVID pandemic shortly after last year’s Scottsdale events. So, this year’s Scottsdale Auctions seemed from a different world, with one of the majors, Gooding & Company, conducting its auction solely online. RM Sotheby’s and Bonhams conducted in-person sales (with social distancing) plus phone and online bidding. Barrett-Jackson and Worldwide moved their Scottsdale sales to March.

Held at the OTTO Car Club & Storage in Scottsdale, the RM Sotheby’s in-person sale was restricted to registered bidders, and the auction house reports there were online and phone bidders from 35 countries. The auction achieved just over $35 million in total sales, with 74 of 84 cars sold.

The top sale was a 1955 Jaguar D-Type for $6 million, including fees. The red stunner was once owned by British race car driver Peter Blond and then, later, Led Zeppelin manager Peter Grant. Premier had previewed this very car in its D-Type story. At the time, it was on offer in Gooding & Company’s 2018 Scottsdale auction, where it was bid to $8.85 million.

Next, a 1937 Bugatti Type 57SC Tourer brought $4.735 million. Third place went to a 2020 McLaren Speedtail at just under $3.28 million, or over $1 million more than the original factory list price. This car was sold with an NHTSA “show or display” exemption for U.S. importation.

Gooding had a couple of unique surprises, as well: The record-breaking 1972 Citroen SM Land Speed Racer, complete with a custom-built, El Camino-style Citroen SM tow car and custom trailer, sold above its $100,000 – $200,000 pre-sale estimate at $203,500. A 1968 Meyers Manx more than doubled its low estimate by selling for $101,200, setting a new auction world record for this iconic, trend-sparking California buggy.

Bonhams conducted its sale both live and with online access from Westin Kierland Resort and Spa. A 1959 BMW 507 Series II Roadster was the high sale, earning $1.809 million following what the auction house called “a tense bidding battle.”

Here’s how Premier’s “Cars to Watch” for Bonhams performed:

Our congratulations to these auction houses and thanks to the people who worked so hard to make the sales possible under current conditions.