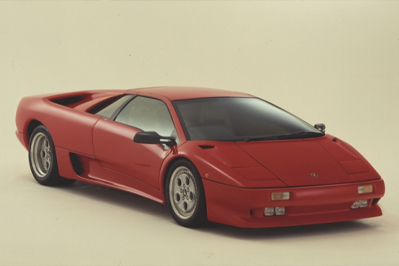 Lamborghini could not have chosen a more appropriate name for its third-gen supercar, the Diablo, when it unleashed it in 1990. Lamborghini had been bedeviling archrival Ferrari by leading supercar evolution since the mid-engine Miura. Ferrari responded five years later by previewing the 365 Berlinetta Boxer, but Lamborghini stole some of its thunder by also previewing the Miura’s successor, the Countach, in 1971 and then building it in 1974.

Ferrari countered with the Testarossa in the mid 1980s, by which time Lamborghini’s Countach, despite its still outrageously angular design, was looking dated. Its successor was already under development when Chrysler inexplicably bought Lamborghini in 1987. At the time, “luxury” in the Chrysler line meant a stretched K-car with tufted leather seats and a padded vinyl roof. Times were strange, indeed.

Premier Financial Services has leased all of the above, with the exception of the Chrysler K-cars. (But then, if you’d like to lease a 1932 Chrysler Imperial with coachwork by Le Baron, well, that’s a different story.)

Chrysler did contribute to the Diablo, however. Although Lamborghini had contracted Marcello Gandini to design the Countach successor, the result was felt to be perhaps too extreme. Chrysler Design in the U.S. tamed it, but the unmistakable family connection to the Countach remained, thanks to the Diablo’s short, sloping nose, scissor doors and long tail.

The Diablo’s design was more elegant than the Countach, which had become festooned with all manner of body add-ons, including a rear wing that looked like a Boeing 727’s horizontal stabilizer. But that’s the way a lot of Lamborghini customers liked it, and, in time, the Diablo would grow some new body parts, too. Like the Countach before it, the Diablo also grew a young fan base and became a poster car in many boys’ bedrooms. 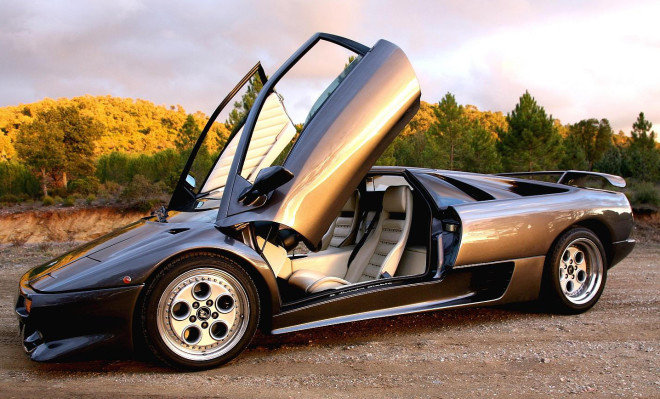 “Tamed” most certainly did not describe the Diablo’s performance. The 5.7-liter DOHC V-12 issued 492 horsepower and 428 lb.-ft. of torque. Lamborghini had wanted a top speed of about 200 mph and got it. The zero-to-60 was down around 4 seconds. As was Lamborghini practice, the Diablo took its name from a fighting bull, this one from the 1800s.

The Diablo VT’s AWD system used a viscous coupling center differential to send up to a quarter of available torque to the front wheels. This was not a winter-weather aid, but rather a traction booster for acceleration and cornering. An improved interior and power steering made the Diablo more of a, dare we say it, “everyday” driver. 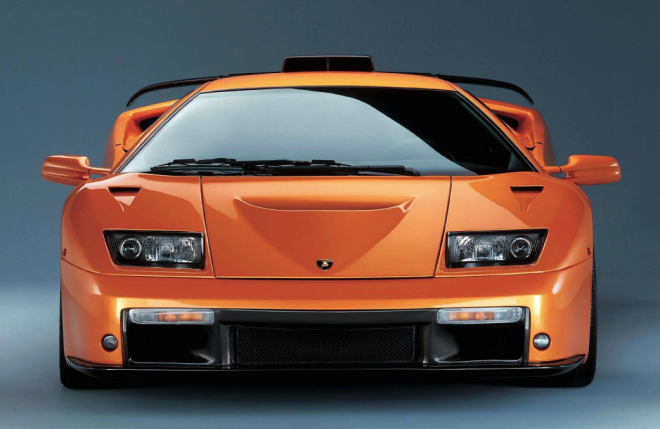 Chrysler unloaded Lamborghini to a Malaysian firm in 1994, and upgrades kept on coming. Lamborghini built about 150 Diablo SE30’s to mark the marque’s 30th anniversary. These were quasi-track cars with rear-wheel drive only and a boost in power to 532 hp.

The following year, the Diablo SV debuted, also sans-AWD but with “only” 510 hp. In 1998, 20 American customers could buy the Diablo SV Monterey Edition, some painted in unusually bright colors. 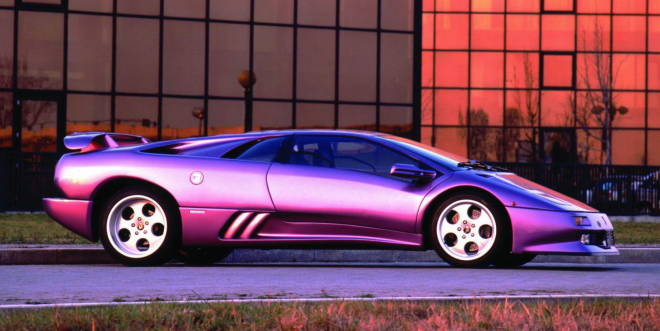 Keeping the heat on Ferrari, the Diablo Roadster arrived for 1998 with a power-operated carbon fiber targa-type roof. If the exposed headlights on the updated 1999 Diablo models looked a bit like those from the period’s Nissan 300ZX, it’s because that’s where they came from. Some prefer the look of the pop-up headlight design, but the exposed lights don’t mar the aerodynamics when in use.

By then, Volkswagen added Lamborghini to the Audi fold, where it has remained and prospered. The last few years of Diablo production included more special editions, including a dozen Diablo VT Alpine Edition (for their high-end Alpine stereo and navigation systems) and a dozen Diablo VT Roadster Momo Editions (Momo wheels and other cosmetic flourishes).

Audi did get to exert some influence on the Diablo before it ended production. The series closed out with the Diablo VT 6.0 with a 549-hp 6.0-liter V-12, which had also been used in a short run of Diablo GT models. The Roadster was dropped. The Diablo VT 6.0 wore a new front fascia that previewed Lamborghini design themes to come. The final 42 models were SE’s with 549 horsepower and special paint. 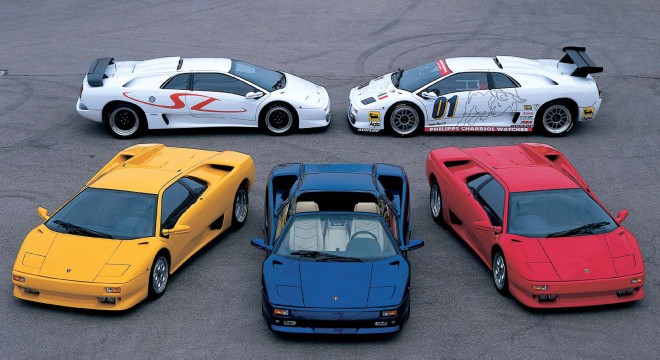