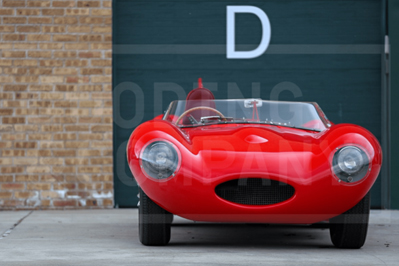 A Tale of Two D-Types

Connoisseurs of the world’s greatest racecars will be closely watching a very rare event occurring at the Scottsdale auctions this month: two Jaguar D-Types will cross the block, but at two separate sales.

RM Sotheby’s is offering one of the five factory racecars built to contest the 1954 24 Hours of Le Mans, and which later became the factory test car for the D-Type program. Gooding & Company, meanwhile, will offer one of the 51 D-Types built in 1956 for customers. The first customer for this red D-Type was none other than Bernie Ecclestone, a racer before he ultimately came to control Formula One. One of its later owners was Peter Grant, manager of the band Led Zeppelin. 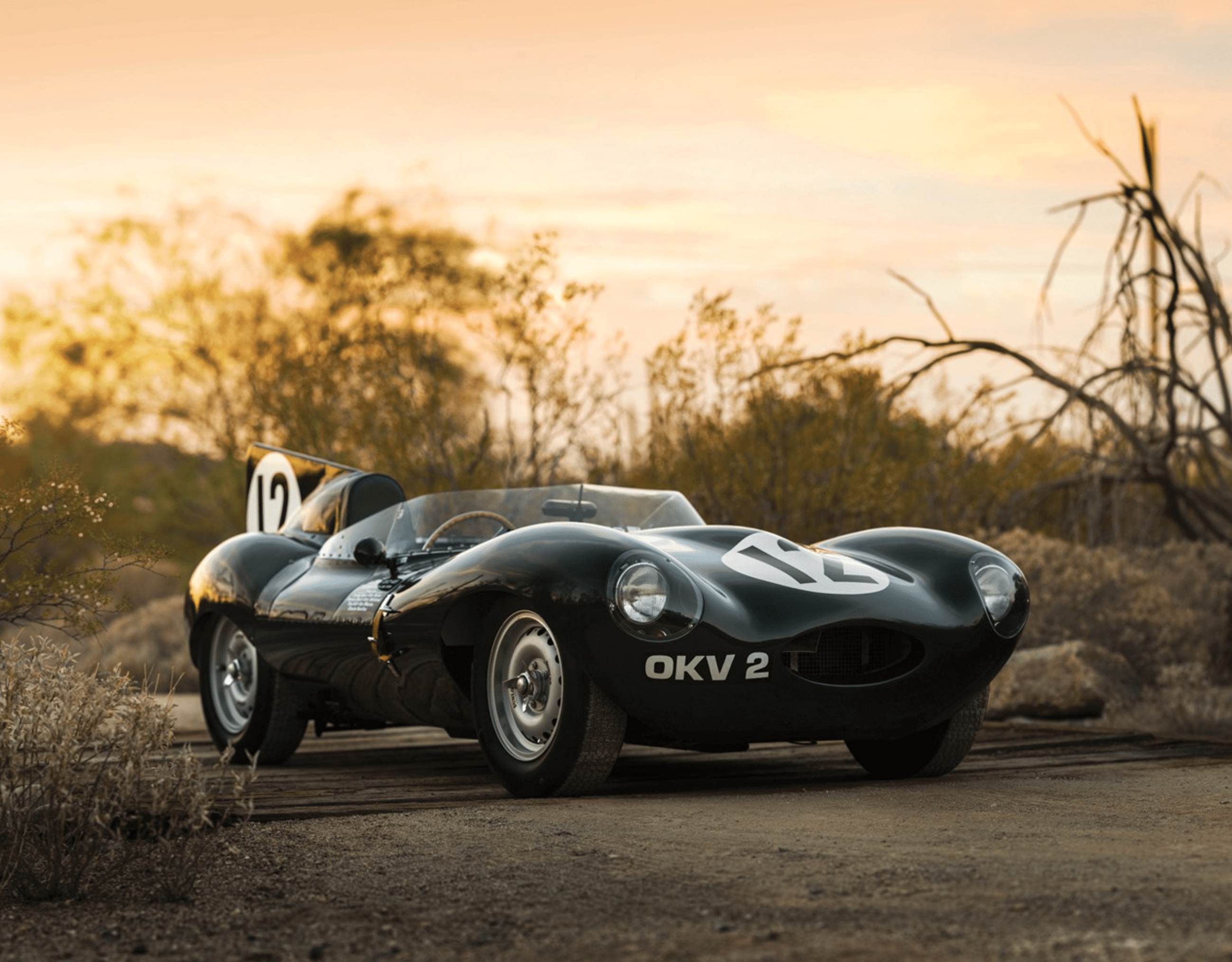 Bigger Fin than a Cadillac

After winning the 24 Hours of Le Mans in 1951 and 1953 with the sleek C-Type, Jaguar went all-in with an even more diehard racer, although one that was still capable of being road driven. The D-Type was a stunningly curvaceous machine distinguished by its single, giant fin that trailed from the driver’s headrest fairing.

The design, created by Malcolm Sayer, who had come from Bristol Aeroplane Company to work for Jaguar, was purpose-built to cheat the wind. Although refined in the wind tunnel, the functional shape was also quite beautiful and remains one of the most memorable racecar designs ever. 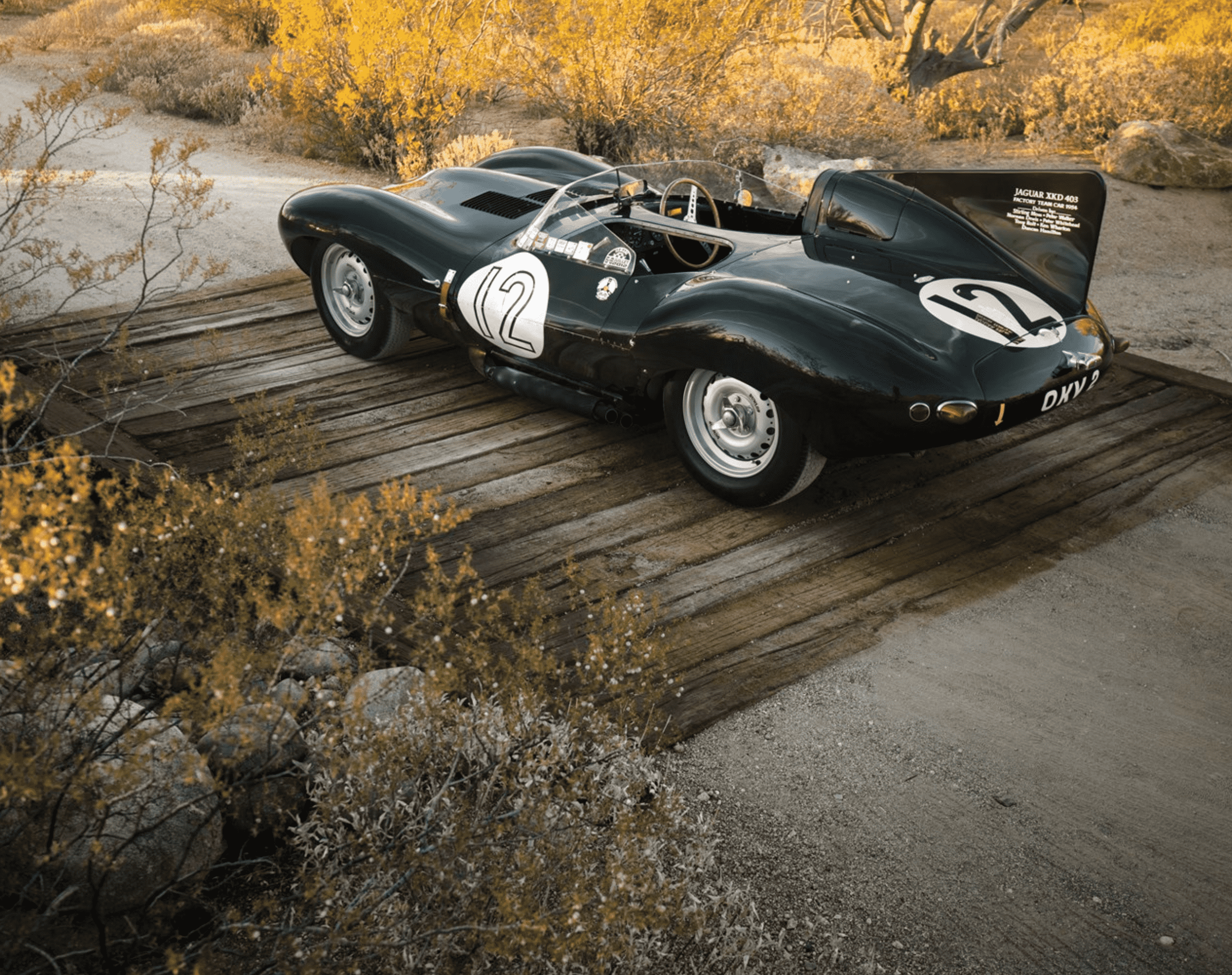 The D-Type’s lightweight aluminum bodywork was part of a load-bearing aluminum alloy monocoque (unitized) construction, which also used front and rear subframes. This method of construction was radically different than the tubular frames common at the time (and as used on the C-Type). Other groundbreaking features included Dunlop disc brakes and a deformable fuel bladder. Dry-sump lubrication ensured ample oil supply to the engine under racing conditions.

The D-Type engine was a further development of the XK inline-six that debuted in the 1948 XK120 and was also used in the C-Type. In the D-Type, the engine, using three Weber carburetors, produced about 250 horsepower. Top speed was over 170 mph. 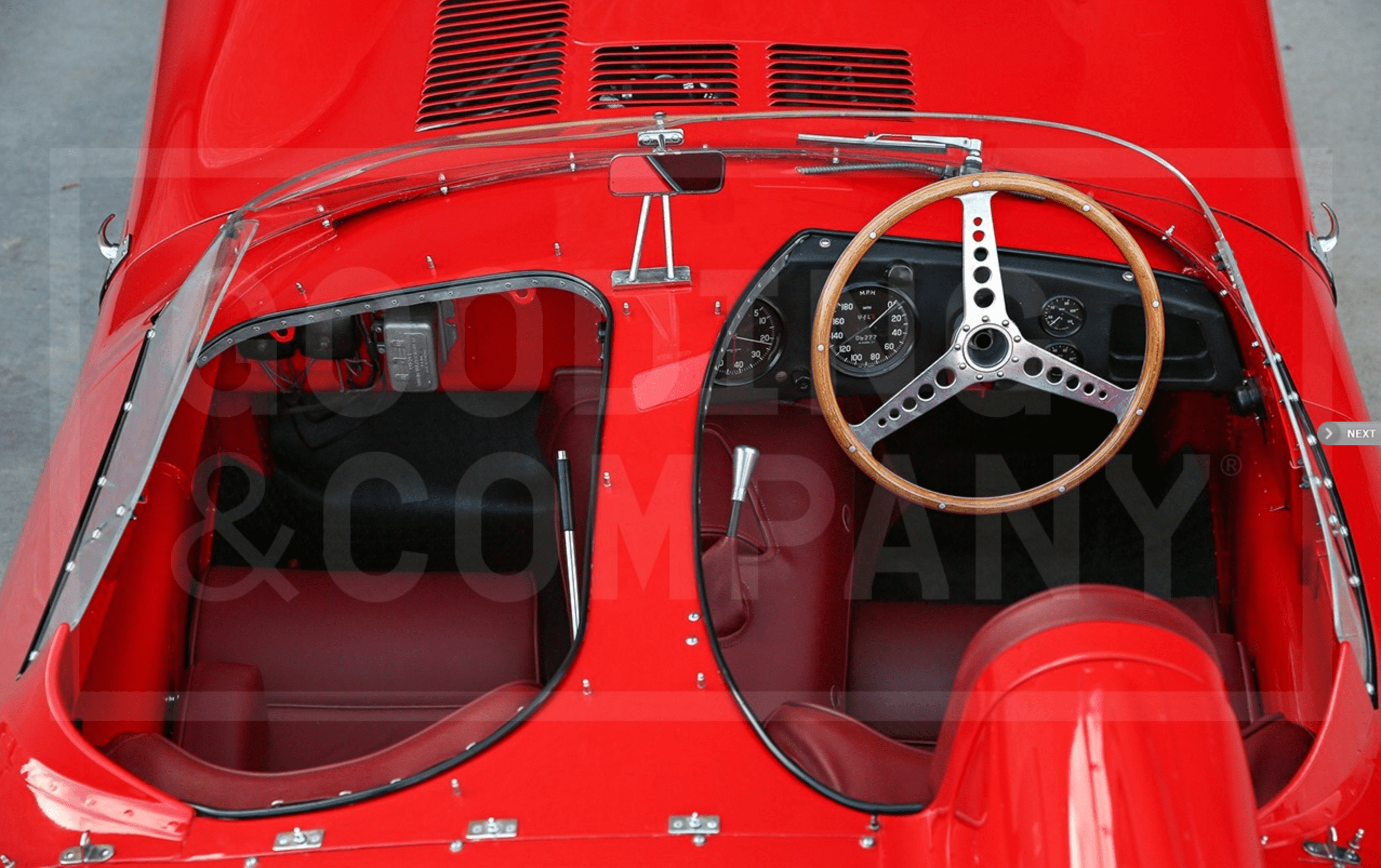 The green 1954 D-Type offered by RM Sotheby’s was one of the three Jaguar Works team cars entered in that year’s 24 Hours of Le Mans, driven by Stirling Moss and Peter Walker. The car, with chassis number XKD 403, has long held legendary status in Jaguar and collector circles.

XKD 403 led the 1954 race for a brief period in the early hours, and Moss set the fastest time on the Mulsanne Straight at 172.97 mph. Fuel problems plagued all three D-Types, but failing brakes ended the Moss/Walker effort around the halfway point in the race. XKD 403 then became the development car and driver test car for Jaguar’s 1955 Le Mans effort, as well as competing in several races. Jaguar D-Types would go on to win Le Mans in 1955, 1956 and 1957. 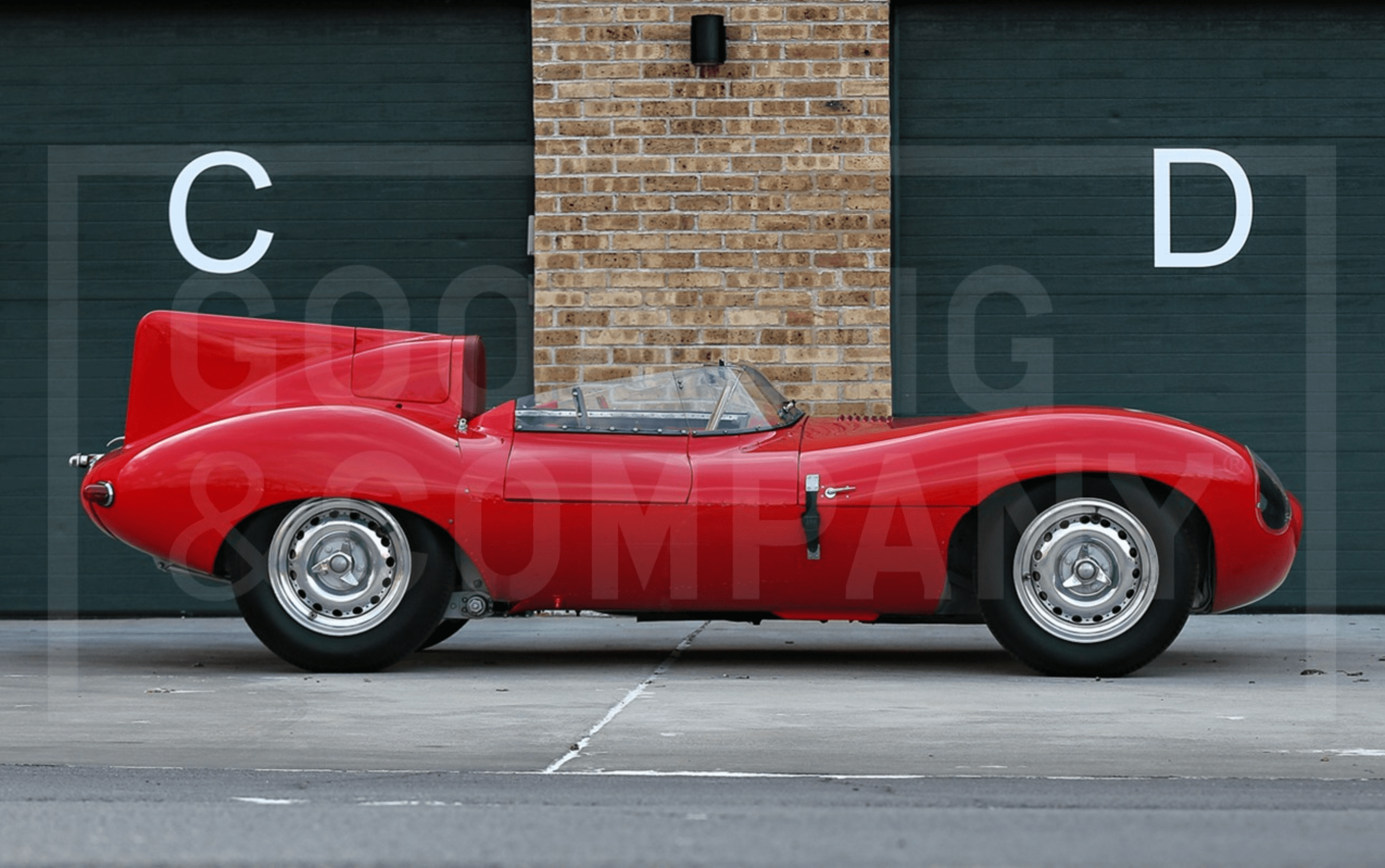 Meanwhile, XKD 403 competed in at least 55 races during the 1950s, achieving podium finishes in 24, including five overall victories. Jaguar’s public relations manager, Bob Berry, drove XKD 403 in several events. When the transport truck taking the D-Type to the Portuguese Grand Prix broke down, the car, with tools and spare parts stuffed aboard, was driven 980 miles to the race, where it took fifth, and was then driven back. After Berry crashed at Goodwood in 1956, the D-Type was rebuilt at the factory and went back into competition. Jaguar sold the car in 1960, and it later spent 17 years in storage. It was restored after emerging in 1980.

In 1999, Jaguar expert and historian Terry Larson of Mesa, Arizona bought XKD 403 and raced it at Goodwood. He eventually put more than 20,000 miles on the car in numerous tours and historic races.

Both of the D-Types offered at Scottsdale would be excellent steeds for long-distance tours, historic races or just looking at. 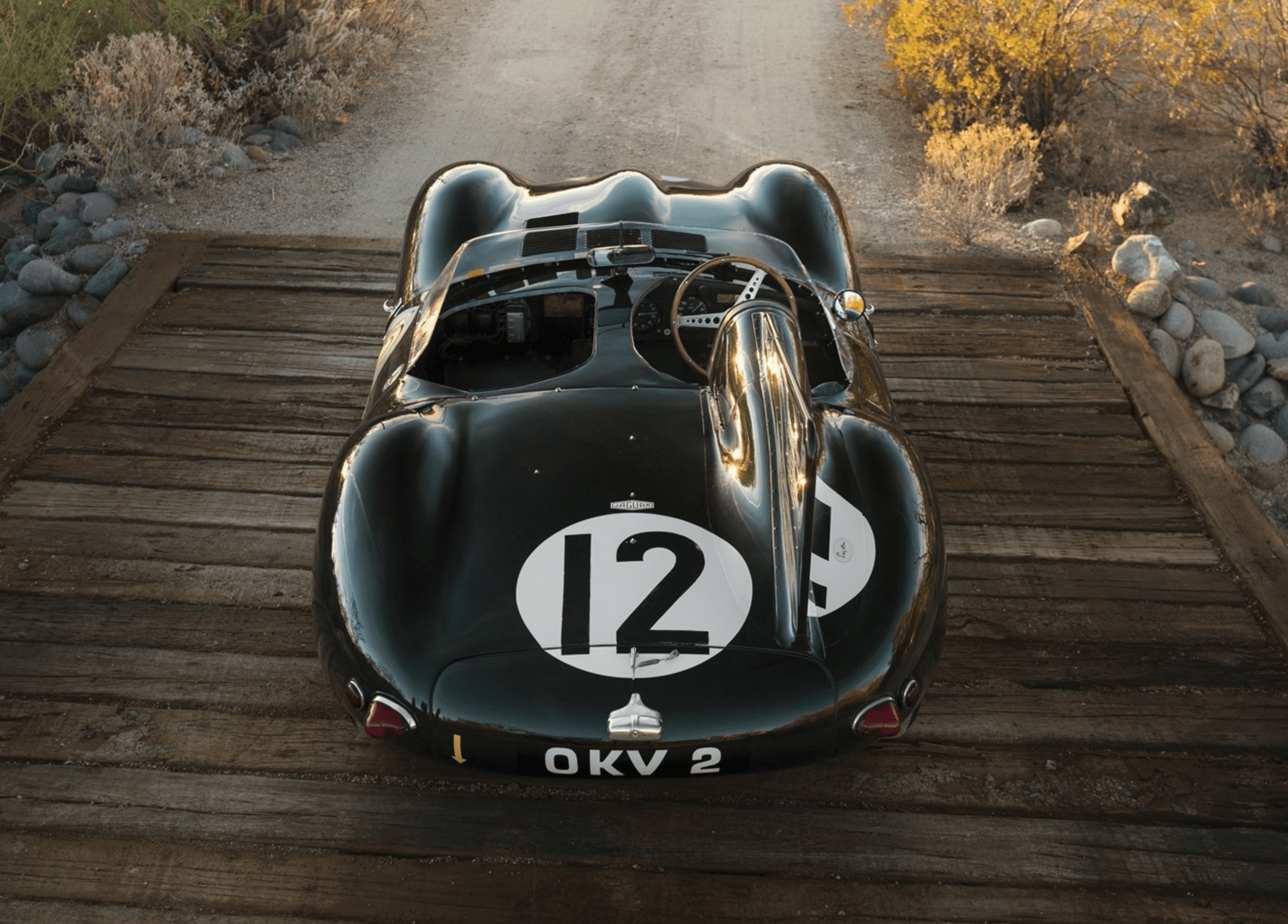