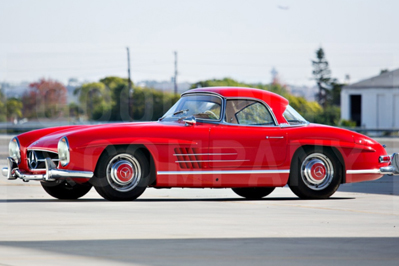 When many think of the Mercedes-Benz 300 SL, they perhaps think first of the coupe that absolutely stunned the automotive world when Mercedes introduced it at the New York Auto Show in 1954. Its gull-wing doors that opened upward into the roof gave it the iconic nickname that has been inseparable ever since.

Of the 1,400 Gullwings made, three quarters were sold in the U.S., obviously a key market, and one where many sports car drivers craved fresh air and sunshine. Especially in Southern California, an open car was needed. Mercedes was on the case almost from the start, but first there was the not insignificant matter of adapting a chassis initially designed for racing. Those gull-wing doors, after all, were a necessity to work with the space-frame chassis. Eager to cultivate the high-end market, though, Mercedes delivered the 300 SL Roadster in 1957.

In this segment, a racing pedigree was essential for premium sports cars. Ferrari, Jaguar, Aston Martin, Maserati and Porsche of course had it. It’s entirely fair to say that the 300 SL Roadster, which was not a racecar, benefitted from the racing genes baked into the Gullwing, which sprang from a progenitor that scored a 1-2 finish at the 24 Hours of Le Mans in 1952.

Mercedes-Benz masterfully transferred the Gullwing’s basic body design to to the Roadster, with some key differences. The Roadster used unique, elongated glass-covered headlights, though in the U.S., a clever, if less attractive, headlight/parking light arrangement previewed a design that Mercedes would carry forward to other models. The stunning red 300 SL 1961 Roadster to be offered at the Gooding & Co. Scottsdale auction this month, though originally a U.S. car, features the Euro lights. 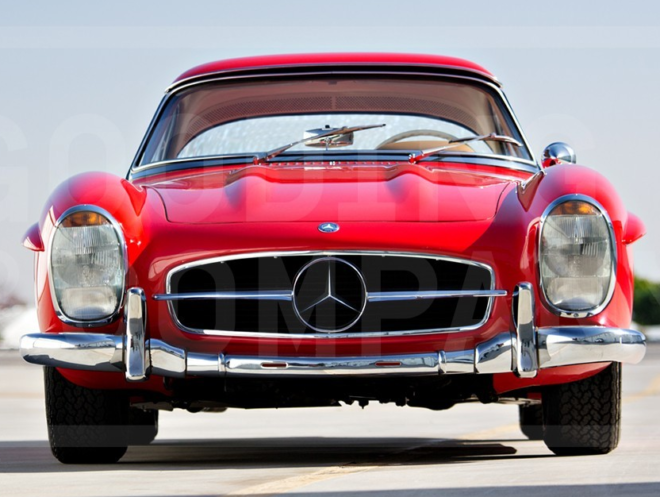 While Mercedes engineers were redesigning the chassis to work with conventional doors and roll-up windows, they also addressed the Gullwing’s propensity for oversteer. A new single-pivot swing-axle rear suspension system replaced the coupe’s dual-pivot setup, reducing the jacking and camber-change motions.

The Roadster’s 15 x 5.5 in. wheels were a half-inch wider than the coupe’s. (Go ahead, picture a 15 x 5.5-inch wheel on your new high-performance sports car!) This was at a time, remember, when you’d find solid axles on leaf springs under Ferraris and other premium sports cars. Four-wheel Dunlop disc brakes arrived starting with 1961 models and are on the Gooding & Co. auction car, which is one of 1,858 300 SL Roadsters made. 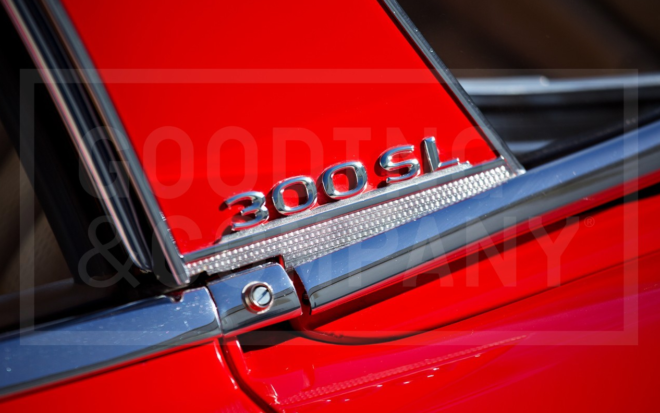 The 300 SL engine, which was the first in an automobile to feature gasoline direct injection (mechanical, not electronic), carried over to the Roadster but was now standard with the sport cam that had been a Gullwing option, boosting output to about 235 hp. The added power was needed; the Roadster weighed about 230 pounds more than the coupe.

An aluminum cylinder block replaced the iron block in 1962, but some prefer the iron-block engine for easier rebuilding. A 34-gallon fuel tank might have made the 300 SL Gullwing an ideal long-distance grand touring car, but it’s unlikely one could stay in the closed cockpit that long. Mercedes used a 26-gallon tank in the Roadster’s slightly longer tail, which also allowed for a small trunk.

The 300 SL Roadster cost $11,000 when new, not including the optional hardtop and fitted luggage that are included with the Gooding & Co. car. 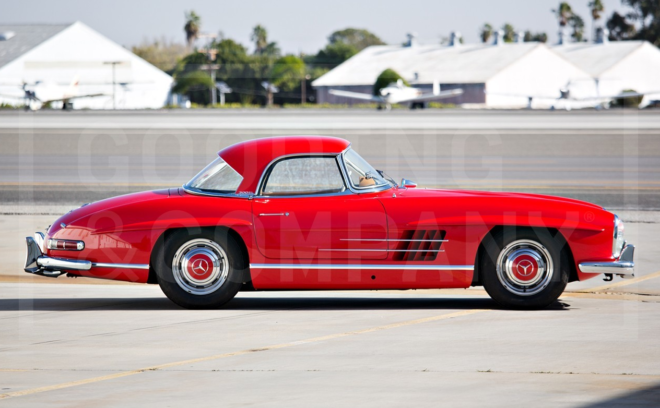 More About the Gooding Car

The chassis, engine and body numbers for the 300 SL Roadster offered by Gooding at Scottsdale all correspond to Mercedes-Benz records. The car, however, looks different from when it was first sold in the U.S. – for the better. Perhaps someone was feeling patriotic when ordering this Roadster with a white exterior, red leather upholstery and a blue canvas soft top. The current red/tan scheme work much better.

As documented in the Gull Wing Group’s 300 SL Roadster Registry, this SL Roadster spent at least two decades with Southern California collectors. It was fully restored by Mercedes-Benz specialist Scott Restorations during the 1990s. A Pennsylvania owner had the car serviced by Precision Autoworks in New Jersey and Paul Russell & Company in Massachusetts.

Both the 300 SL Gullwing and Roadster are ideally robust and reliable for long road rallies. This one participated in the California Mille. Where will you drive it? 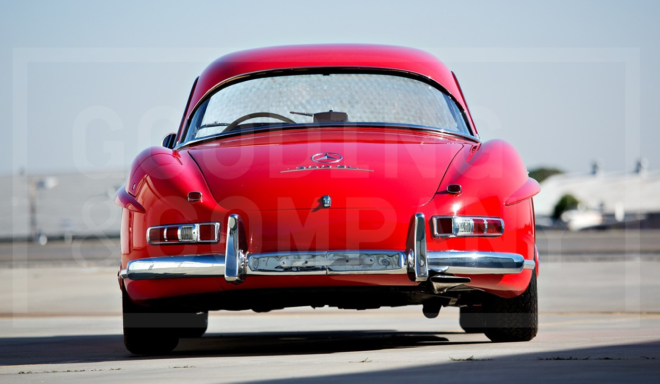