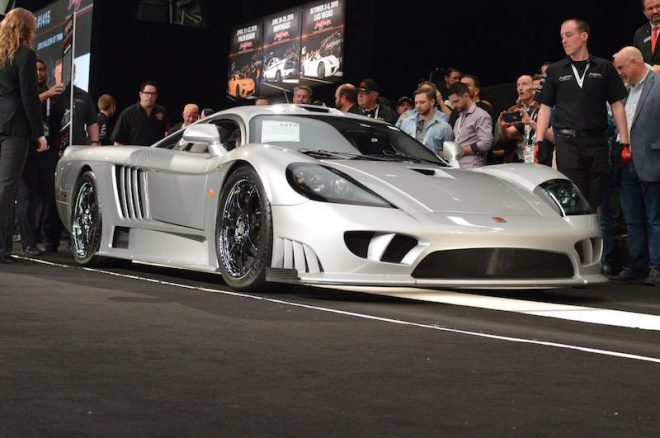 As the highly anticipated Scottsdale, Arizona collector-car auctions are fast approaching, exotic Supercars will certainly be one of the most-watched market segments there. In turn, some very interesting Supercars with particularly fascinating histories are now coming to market. They have the potential to generate outsized sale prices as a result.

Mileage, condition, options and rarity are paramount to Supercar sale estimates and valuations. In addition, specialists and principals at the various auction houses are usually extremely careful. They tend to ensure only “best of breed” examples are included in their respective auction lineups. Following our earlier focus on select Supercars offered by Barrett-Jackson, here is a review of some of the many outstanding modern Supercars available at Scottsdale from the various other auction houses. 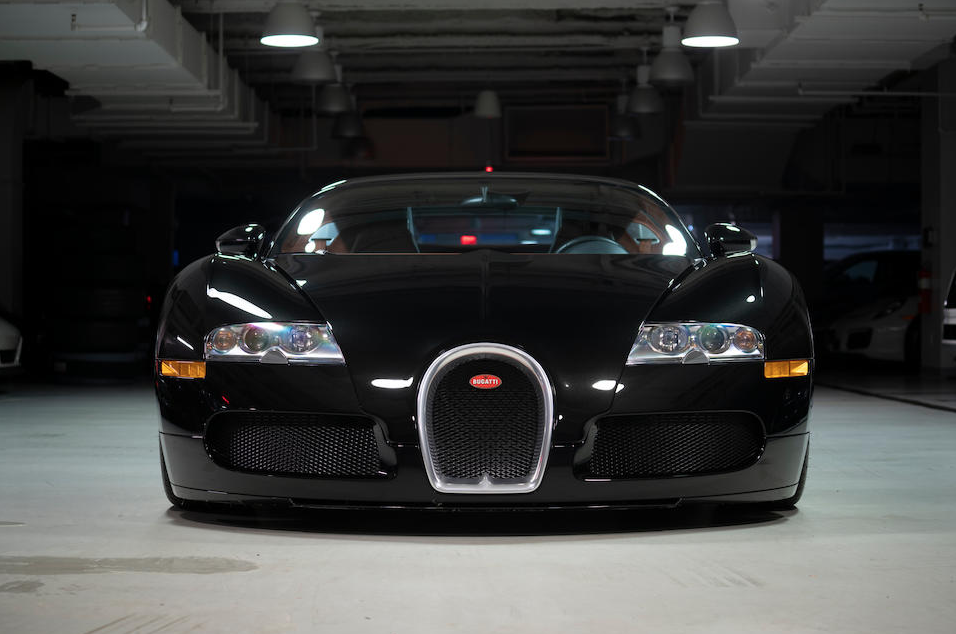 Lot 72– Offered by Bonhams as Lot 72 and recently owned by comic actor Tracy Morgan, this 2008 Bugatti Veyron EB 16.4 Coupe is reported by the auction house as one of only 78 examples built for the US market. This Veyron has undergone less than 3,000 miles of use from new. It is now offered with the benefit of nearly $100,000 in recent services. Upon introduction in 2005, the Bugatti Veyron marked a seismic shift in Supercars, effectively revolutionizing the entire segment in one immensely luxurious, 1,001-horsepower swoop. It also showcased the design and engineering depth and the obvious financial might of Bugatti’s corporate parent, Volkswagen` AG. 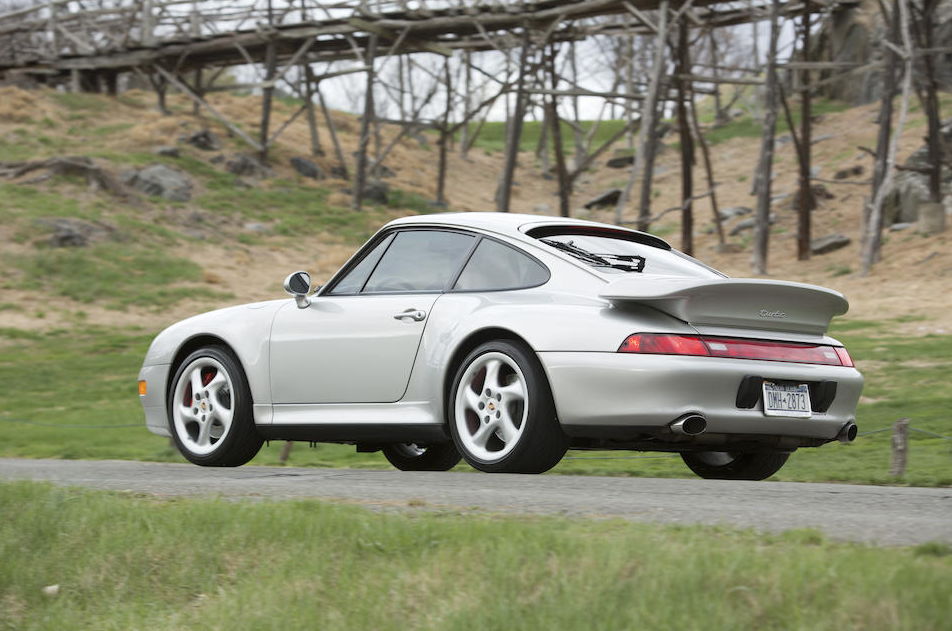 Lot 3– Crossing the Scottsdale auction stage with Bonhams as Lot 3, this 1997 Porsche 993 Turbo is a late-production example and the final expression of Porsche’s legendary air-cooled 911 models. This Porsche can belt out 408 factory-rated horsepower with twin turbochargers and intake-charge intercoolers. It also features viscous-coupling all-wheel drive, a wider body housing wide tires, enlarged disc brakes and special cast-alloy wheels. Performance was – and remains – massive, with the car’s only contemporary peer the far more costly McLaren F1. Delivered new to Long Island in October 1996, this Arctic Silver Metallic 993 Turbo is one very few. Only 1,046 were delivered to the United States for 1997. While reported by Bonhams to have suffered a shunt in 2001, it has been well cared-for. The vehicle features many desirable factory options. 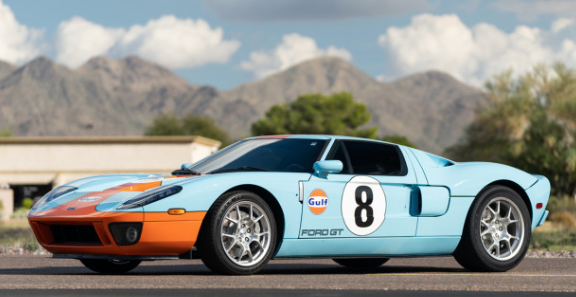 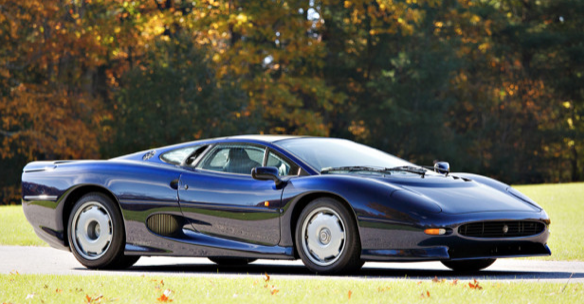 Lot 63– The world’s fastest production car at introduction, the Jaguar XJ220 was produced by JaguarSport, a joint effort of Jaguar and Tom Walkinshaw’s TWR Racing. It is on Gooding & Company’s docket at Lot 63. A departure for Jaguar, the XJ220 featured a twin-turbocharged V-6 engine. This is essentially the marque’s concurrent racing engine for FIA and IMSA. This late-production example has accumulated less than 2,000 kilometers (1,200 miles) of use. It features a stunning Le Mans Blue over Smoke Grey livery. Just 281 of these stunning performers were built and collector demand is rising fast. 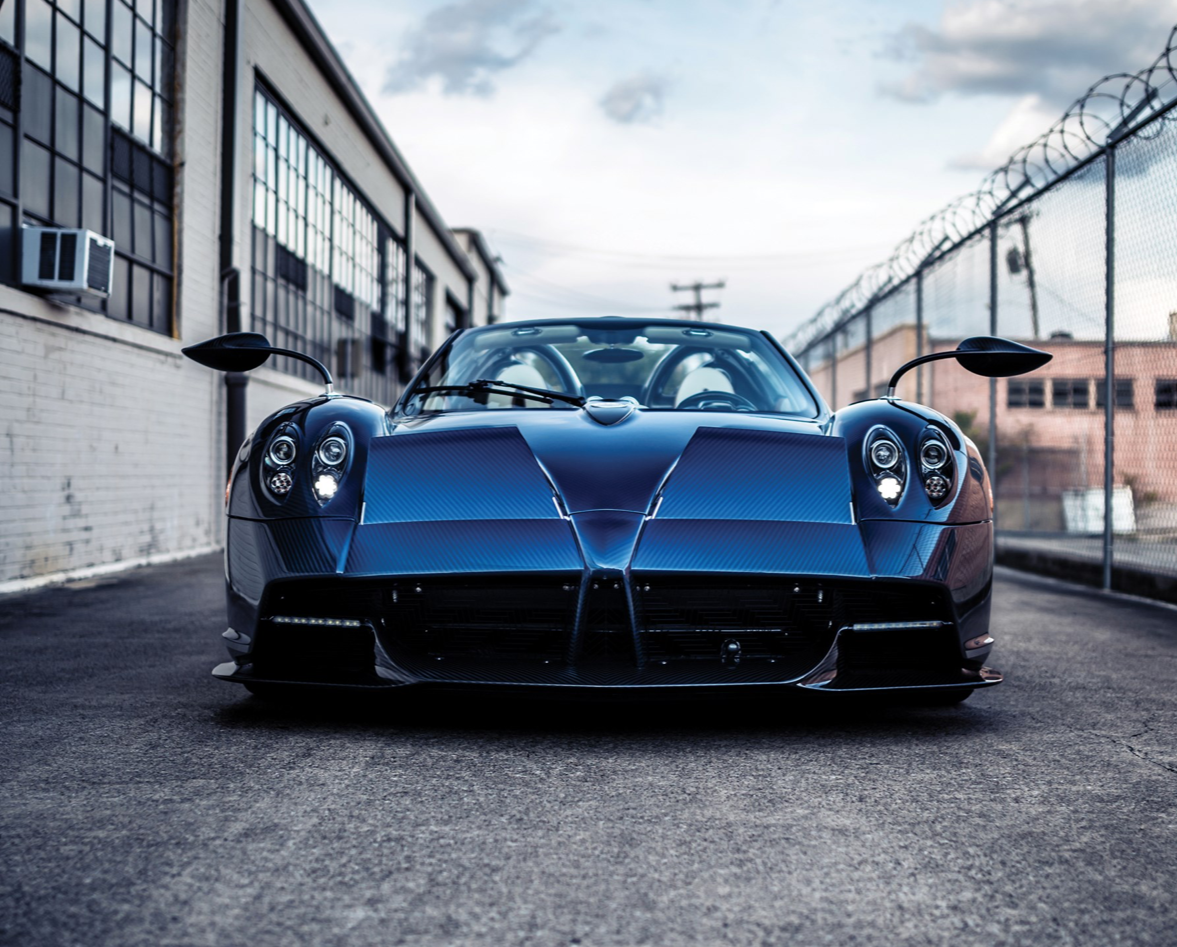 Lot 147– Debuted in 2011 as the successor to the Zonda (Dream), the Pagani Huayra was named after a South American wind deity. The brainchild of former Lamborghini engineering director Horacio Pagani, the Huayra provides stunning race-inspired engineering, space-age materials and performance to match with a twin-turbocharged, AMG-sourced V-12 engine built specifically for Pagani in Germany by Michael Kübler to deliver 700 horsepower. Debuted at the 2017 Geneva Show, the Huayra Roadster also shares is maker’s name with the basic Huayra. Yet, it features extensive revisions for additional lightness and strength. The car stuns in Blue Tricolore with silver accents and plenty of glossy exposed carbon-fiber. This 2018 Huayra Roadster is at once glamorous and luxurious, yet extremely potent in the finest exotic Supercar tradition. Just 100 Huayra Roadsters will be commissioned in all; this example is the 42ndof the series produced.

Lot 213– One of the most audacious Supercars ever conceived, the Vector W8 Twin Turbo was the inspired brainchild of auto-industry veteran, Gerald Wiegert. The Vector is a tour de force of engineering, featuring advanced space-age materials throughout and visually arresting bodywork clothing it. The W8 Twin Turbo was the subject of many high-profile magazine features and road tests during the 1980s. It was boldly coming of age as a credible challenger to many other marques. Unfortunately, it was just in time for the painful recession of the late-1980s/early ‘90s. The example offered by RM Sotheby’s is one of just 17 production examples and is reported to come from the original owner, complete with purchase documentation. 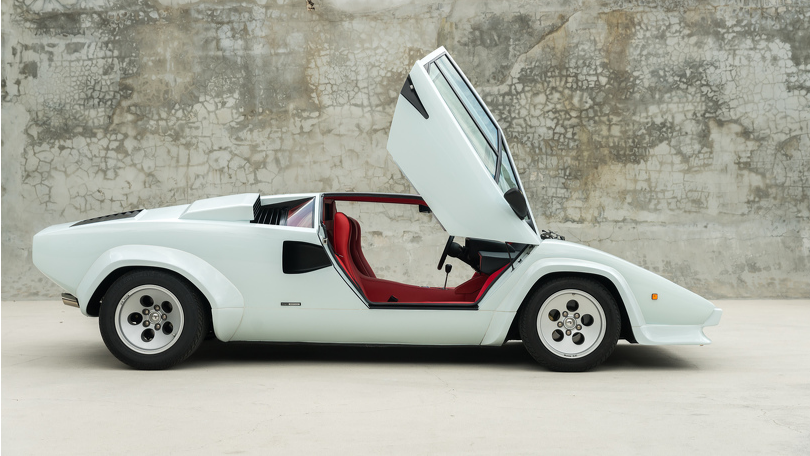 Lot S730– Debuted at the 1985 Geneva Show, the comprehensively uprated LP5000 QV Countach was Lamborghini’s “massive retaliation” answer to Ferrari’s upstart Testarossa. Featuring a displacement increase of Lamborghini’s mighty V-12 to nearly 5.2 liters, new four-valve ‘Quattrovalvole’ cylinder heads and new downdraft carburetion, the LP5000 QV was the most-powerful (455 bhp), fastest (190 mph) and easiest-to-drive variant of the surreal Countach. This example is reported by Russo and Steele as both the factory’s press and brochure car. The Lamborghini was imported by a famed restaurateur and kept in his private museum for its first 15 years. Due to this, it benefits from a high-dollar professional restoration. The quintessential “poster car” in top specification, it will be one to watch on the Russo and Steele stage. 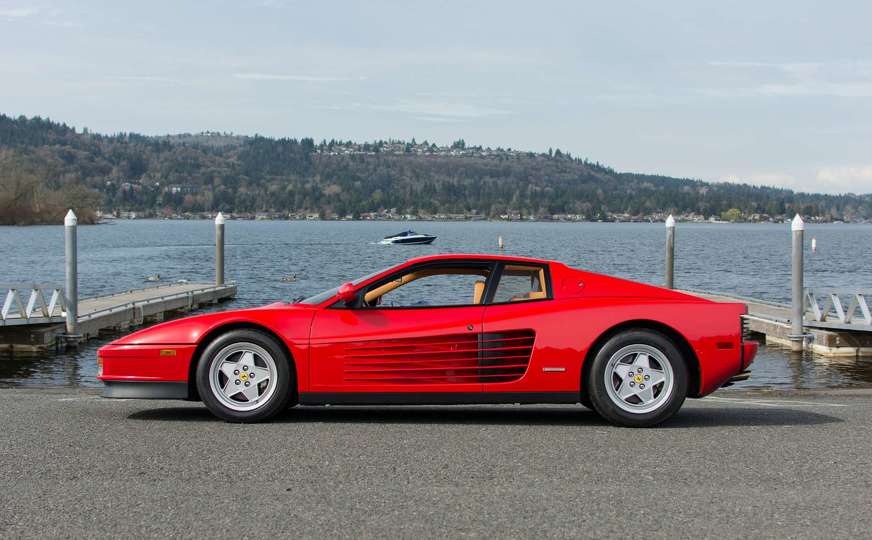 Lot S707– The archrival to Lamborghini’s Countach, the Testarossa featured a menacingly low and wide presence and debuted in 1984 as the ultimate expression of Ferrari’s ‘flat 12’ Berlinetta Boxer concept. While some found its Pininfarina-designed body polarizing, the Testarossa enjoys enduring collectability as a 1980s icon and for its incredible performance envelope with deceptively user-friendly driving characteristics. Stated to retain the original Rosso Corsa paint finish over Tan leather, it is a two-owner Testarossa. Consequently, it is being offered from a Northwestern private collection with a reported 8,200 miles. 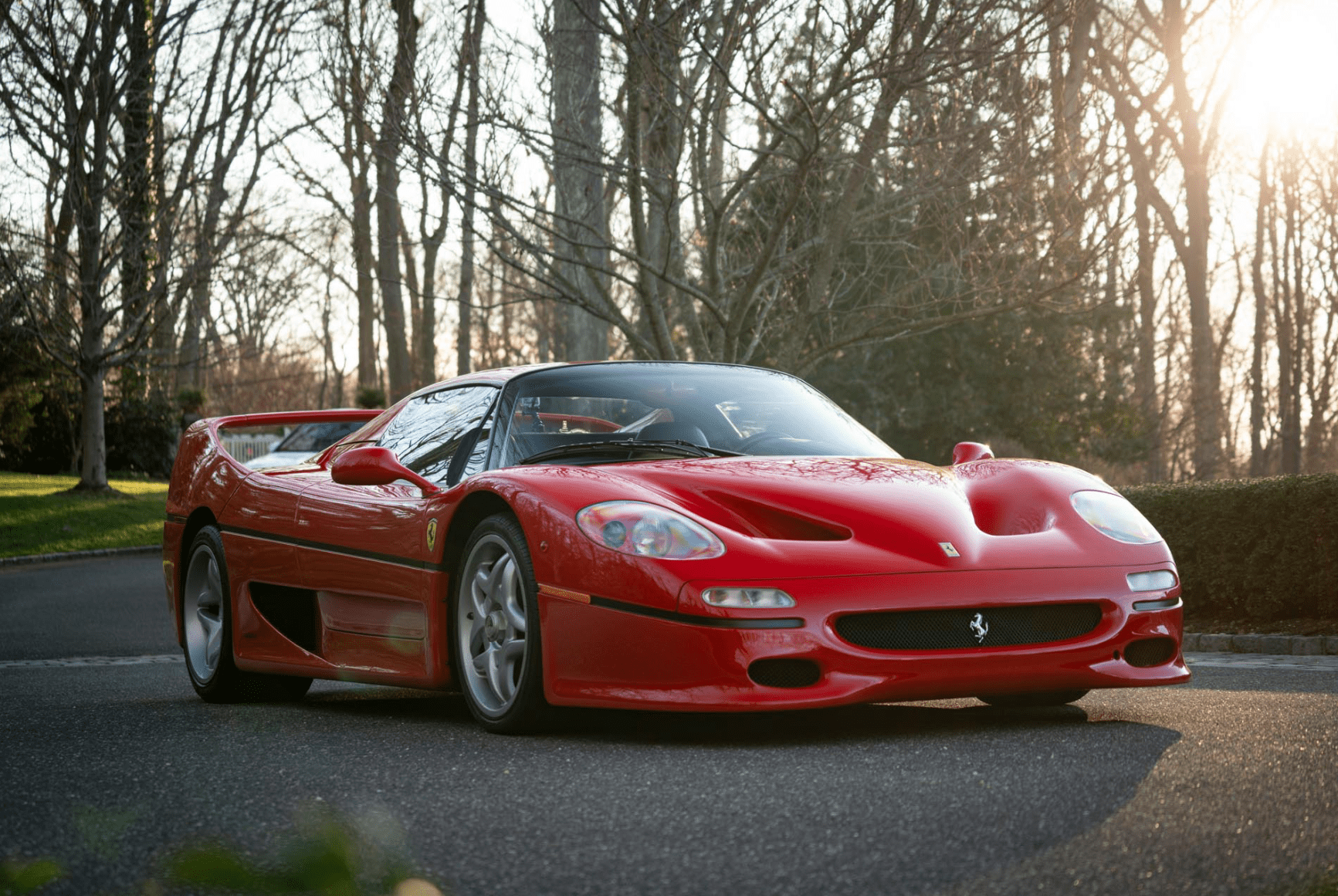 Lot 49– One of the most significant modern Supercars to be offered at this year’s Scottsdale auctions is without doubt this 1995 Ferrari F50 consigned to Worldwide Auctioneers at their new sale venue. While the rare (349 produced) F50 is already compelling, essentially a racing car with license plates and seating for two, this example carries amazing provenance. Not only was it Ferrari’s last car with a five-digit serial number (#99999), it was the first F50 prototype, used to test the final design and assembly-line procedures. Test drivers included Dario Benuzzi, Niki Lauda, Gerhard Berger and Jean Alesi. The first owner was none other than Jacques Swaters, the famed Belgian Ferrari importer and racing legend. As stated in Worldwide’s description, it was barely used with only an approximate 1,400 miles. It is highly documented and certified by Ferrari Classiche. 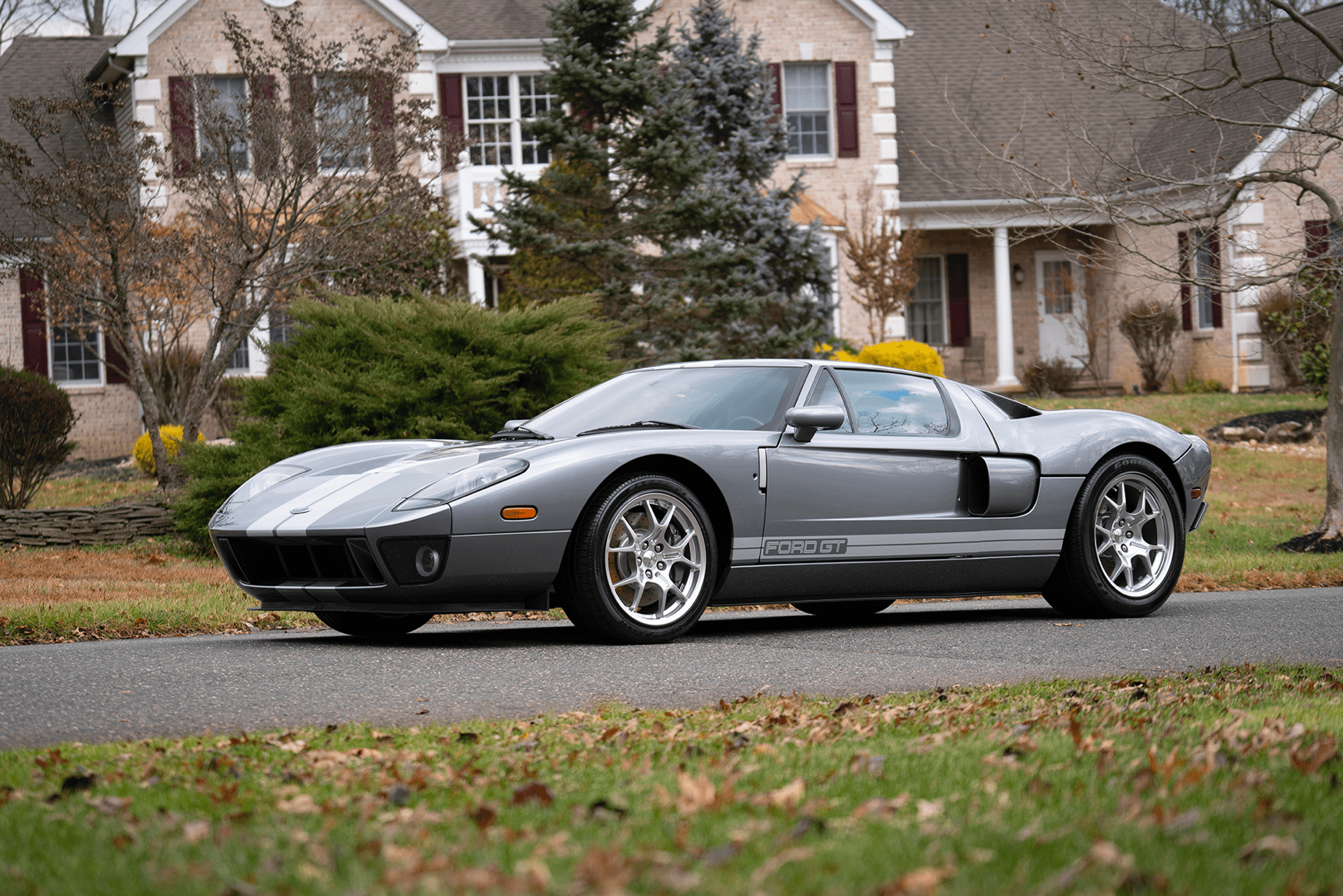 Lot 42– Conceived to help commemorate the company’s landmark centennial and the 40thanniversary of its stunning 1966 victory over Ferrari at Le Mans, the 2005-06 Ford GT also captured the attention of Ferrari. This 2006 Ford GT was purchased new by none other than Ferrari North America and shipped to Italy when new, quite possibly for evaluation and competitive analysis. This beautiful Ford GT is finished in Tungsten Gray and equipped with all four factory-available options. This iconic modern Supercar is still titled to Ferrari North America. It comes from sole ownership since 2008 with under 1,300 miles from new. Certainly, it is one of the most interesting examples of the 2005-06 Ford GT now coming to market in Scottsdale.

In addition to adding further diversity to the celebrated annual Scottsdale auctions, the presence of this broad selection of fascinating modern Supercars adds a whole new dimension to the collector-car world. It also draws the attention of new generations of collectors. From those who lusted after the poster cars of their youth to younger, tech-savvy enthusiasts now ready to start their own collections. Members of the Premier Financial Services team, including Michelle Yancey, Juan Garcia and our Vice President  of Sales, Doug Ewing, will be on the ground at Scottsdale to monitor sale results and guide existing and new clients. 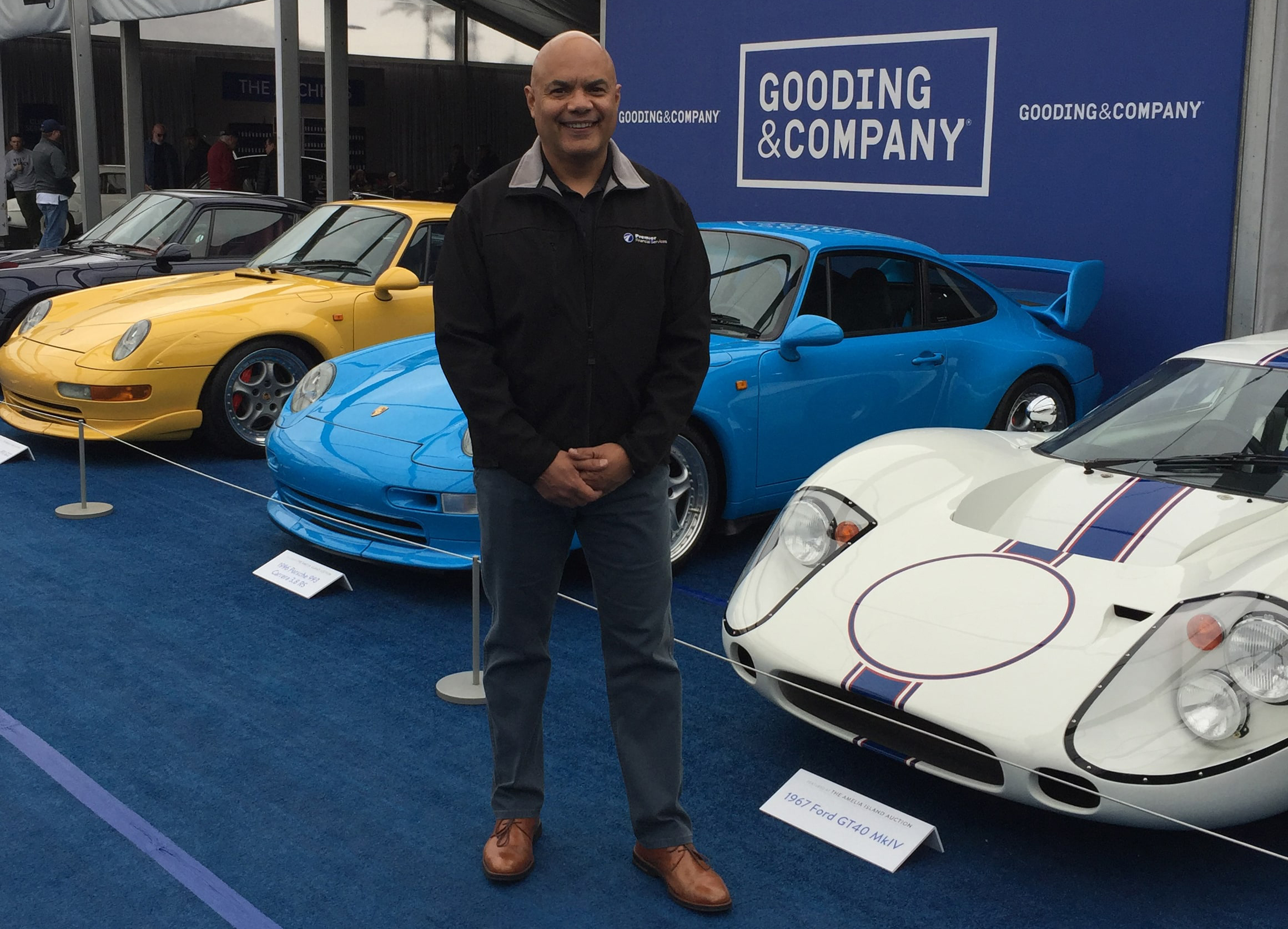 The Simple Lease from Premier Financial Services makes bidding at auction a stress-free experience. Premier is your best path to owing any high-end automobile, from leasing a desirable modern Supercar from auction or purchasing at a dealer. Preparation is essential to getting the car of your dreams, so be sure to review the many resource we have provided on the Premier Financial Services website for you and contact us today to make it all happen with ease and our renowned service and advice.