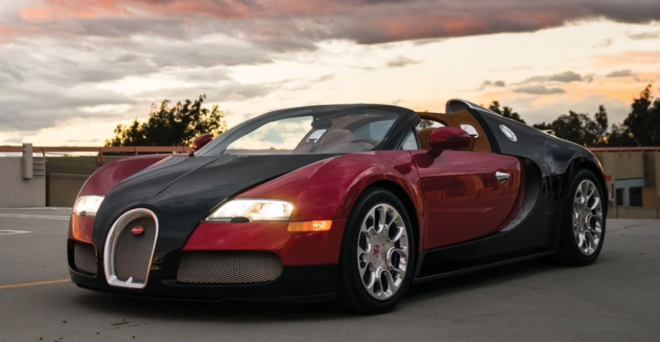 Ettore Bugatti thought the marque he founded in 1909 had created the ultimate automobile when it built the Type 41 Royale, which stretched 252 inches and weighed 7,000 pounds. We’ll never know what Ettore might have thought about the modern Bugatti marque and its definition of ultimate as highest top speed for a road car.

No matter. The modern Bugatti, part of the vast Volkswagen Group, has recently reset its own bar with the 1,500-horsepower Chiron, which is limited to 261 mph but is believed capable of more. The $40,000 Michelin tires are not certified for more, however, and a mishap at 260+ mph could be pretty ugly.

Meanwhile, the Chiron’s predecessor, the Veyron, is now turning up on used car lots – well, not really – and those fortunate enough to acquire one must make do with a mere 253 mph. (The super-rare Super Sport could do 267.856 mph, according to Guinness World Records.)

As a consolation, you could choose one of the 130 Veyron Grand Sports made and enjoy open-top driving all the way to 223 mph. Driving without the top in place, you lose about 30 mph from aerodynamic drag. You could also lose a hairpiece. But if you’ve got the top off, you’re probably slowing down to a serene 150 mph to smell the roses anyway.

It Makes A Point

Because the Bugatti Veyron is so over the top, so insanely focused on its mission and so uniquely menacing in its appearance, it can handle a bit of humor. Besides, when an oil change costs $20,000 and nearly requires disassembling the car and engine, the Bugatti driver has to be able to take a few jabs from Ferrari drivers who get annual services included in the car’s price. Of course, the Bugatti owner is also likely to be the Ferrari owner.

The point is, owning a Bugatti is about having something rare and desired and experiencing a thrill that no other car in the world can deliver. Whether you actually exercise that capability is not the point. Bugatti makes such cars because it is possible, and car enthusiasts of all stripes and demographics admire the car for that reason.

The Bugatti 16.4 Veyron Grand Sport, which cost about $2 million new, may be related to the Bugatti Type 41 Royale in name only, but both share a couple of traits: the Grand Sport’s 35-pound polycarbonate roof lifts off to let the sunshine in, and the car includes a lightweight rectangular “umbrella” to pop into place should an unexpected shower pop up. 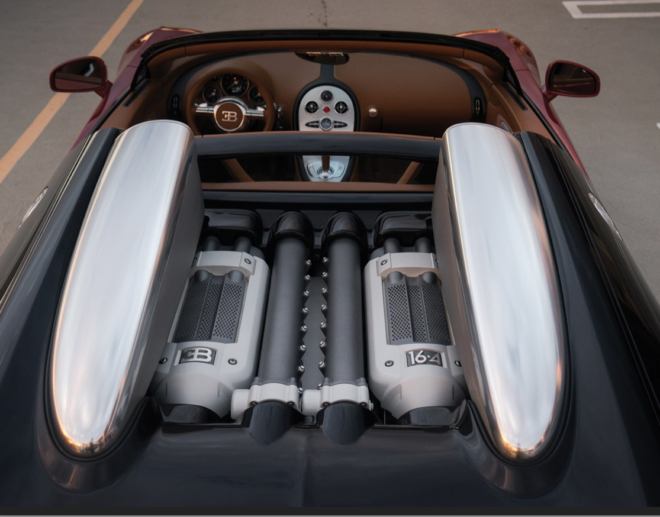 The Bugatti Royale Coupe de Ville Binder similarly has a canvas section to shelter the chauffer in such occurrences. (Bugatti owns this particular Royale.)

Both the Royale and Veyron have engines that, for their respective times, make anything else under an automobile’s hood seem pedestrian by comparison. Both were created to fulfill a specific purpose: the Royale’s 12.7-liter, 300-horsepower straight eight was built to move a 3.5-ton car with some alacrity, while the Veyron’s 8.0-liter, quad-turbo W16 engine was built to move a two-ton car into another dimension.

If you know the Volkswagen VR6 narrow-angle engine, you have a basic idea of the Bugatti W16 configuration. Think of two VR8s married by one crankshaft. In the Veyron and Veyron Grand Sport, the math adds up to 1,001 horsepower and 922 lb-ft of torque. The later Vitesse version (Vitesse is French for speed) pumped it up to 1,200 horsepower and 1,106 lb-ft. The engine’s partner is a 7-speed dual-clutch automatic. 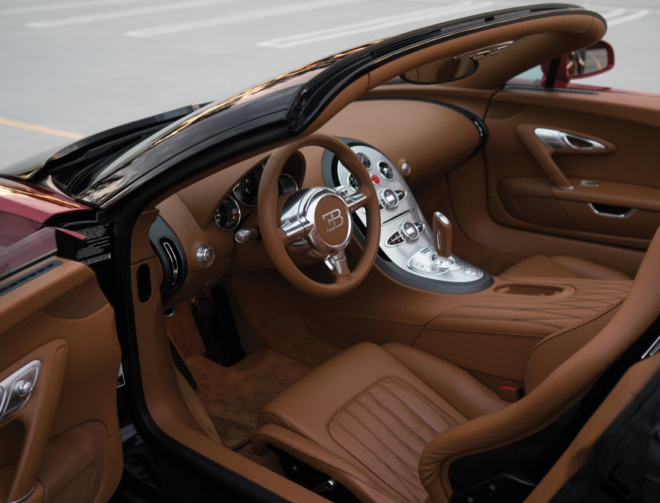 One of the more famous modern Bugatti owners was Simon Cowell, the acerbic TV talent-show judge known for cutting critiques that could bring young singers to tears on “American Idol.” Cowell usually prefaced his tough love remarks with the phrase, “If I’m being honest …”

Connoisseurs of great automotive design might do the same before describing the Bugatti Veyron. It is not so much a design as it is a shape, one necessitated by the aim of achieving 250+ mph. It is function over form with a goal of keeping the car on the ground as it exceeds jet-takeoff speed. Every air scoop and aerodynamic aid is there for a purpose.

The result certainly pulls eyeballs out of their sockets. The exposed engine is particularly daring. Whether a Veyron will qualify as beautiful at a concours d’ elegance in the year 2050 the way a Bugatti Type 55 roadster or Type 57 Atlantic does today might be a debate for 2050.

The Veyron cabin is unquestionably a hand-made work of art rendered in aluminum, magnesium and leather. Most impressive is the simple elegance of the classic sports car cockpit layout. Raise a glass to big, functional gauges and a gearshift that looks like a gearshift.

Right now, the Bugatti Veyron Grand Sport and Grand Sport Vitesse are the fastest roadsters on Earth, and Bugatti has said it will not make an open Chiron. Tesla says its upcoming Roadster will hit 250 mph. We’ll see. 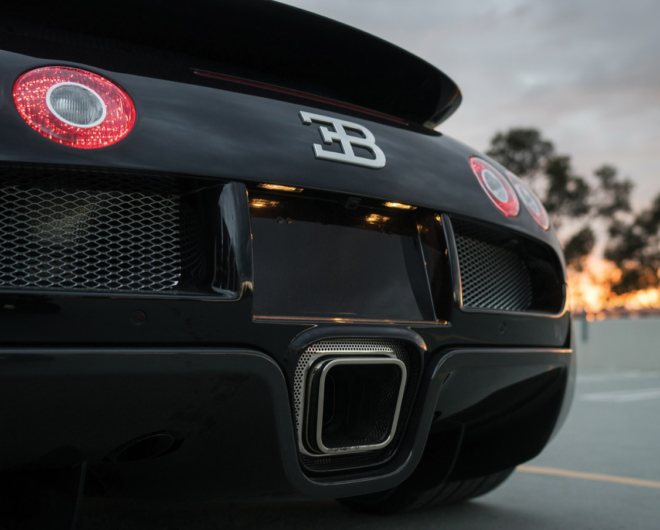