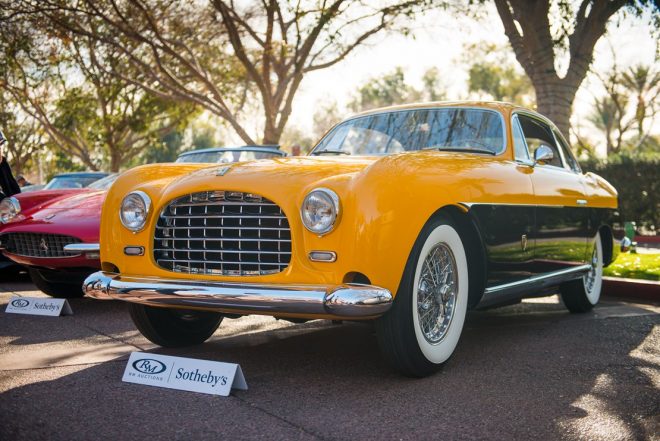 Long a staple of Scottsdale’s annual classic-car auction week each January, RM Sotheby’s returns to the beautiful Frank Lloyd Wright-designed Arizona Biltmore for the 2020 edition of its Automobiles of Arizona auction. Scheduled for Thursday January 16thand Friday January 17thfrom 5:30 p.m. to 9:00 p.m. both days, the RM Sotheby’s auction will present a diverse selection of nearly 170 fine collector vehicles, ranging from the prewar era to the blindingly fast supercars of the present. Also, to be offered are select pieces of automotive sculpture, scale miniature sports cars and even a beautifully restored and luxurious 1953 Spartan Spartanette Tandem 131 travel trailer, in keeping with the growing trend toward collectible and usable examples of travel-related Americana.

The sales representatives from Premier Financial Services have chosen their favorite vehicles to be offered by RM Sotheby’s at Scottsdale and as the anticipation builds, we hope you will enjoy coverage of them below. 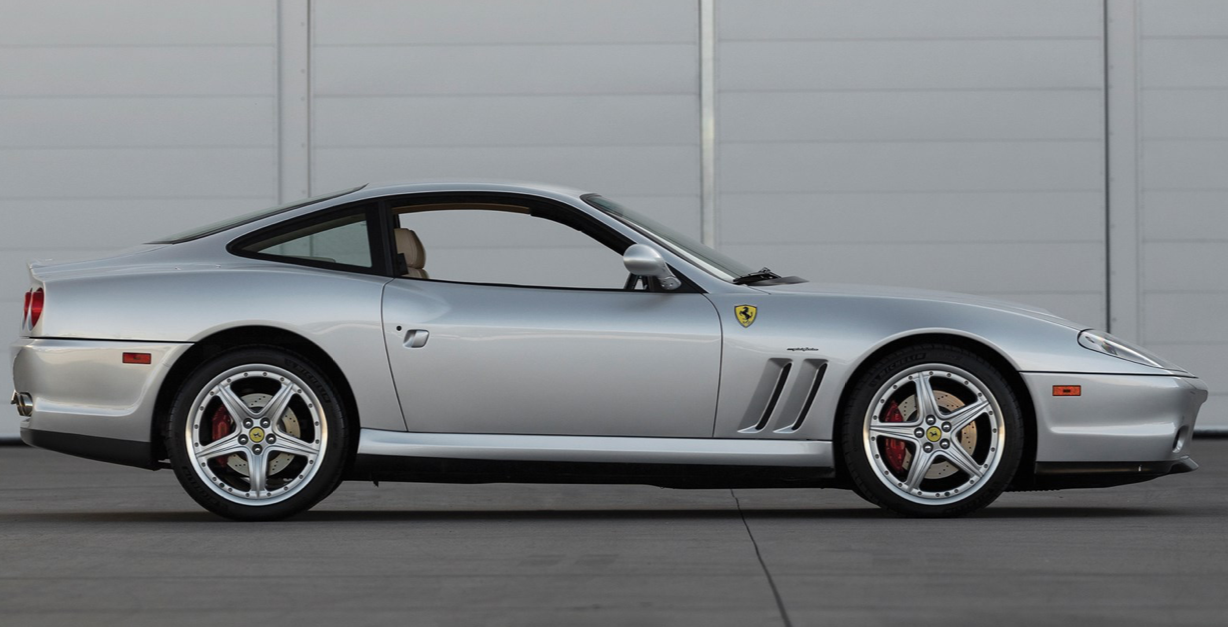 Premier’s Midwest Sales Manager, Ross Dressel, chose Lot 262, this striking Argento Nürburgring 2003 Ferrari 575M Maranello as his pick among the early offerings coming to the RM Sotheby’s auction in Scottsdale. Launched in 2002, the 575M succeeded the 550 Maranello, which heralded the return of a two-seat, front-engine V-12 Grand Tourer to the Ferrari model line. Thanks to increased engine displacement, power output and torque, the 575M delivered an amazing performance envelope. This includes a 202-mph top speed. Matching the forward urge, the 575M also featured improved aerodynamics and interior enhancements. In addition, each car allowed a choice. Either a classically gated 6-speed manual gearbox or Ferrari’s race-derived 6-speed F1 transmission with paddle-shift levers. In the case of this example, the owner chose the latter.

With just under 9,700 indicated miles, this 575M Maranello features a black-and-tan interior, Scuderia front-fender shields, red brake calipers and three-piece modular wheels. While exceedingly handsome and capable of electrifying performance, the 575M is a fast-rising and highly collectible modern V-12 Ferrari at a compelling price point in today’s marketplace. 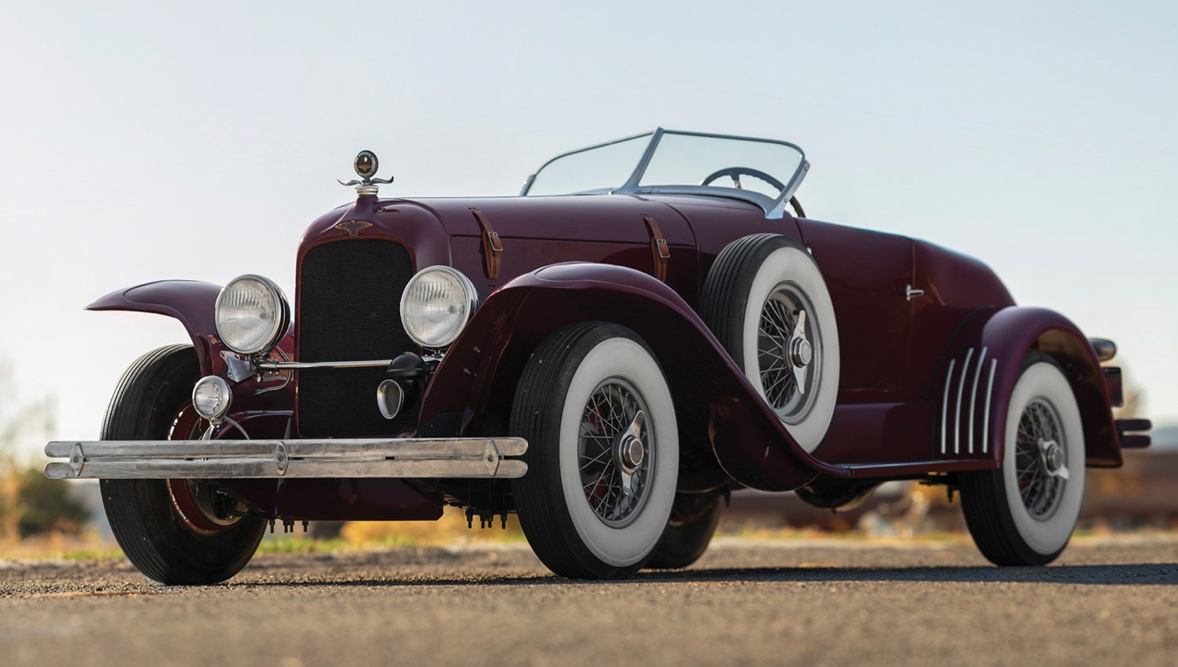 Michelle Yancey, Premier’s Sales Manager in the Southwest, chose Lot 107, a dashing 1925 Duesenberg Model A Speedster as her selection from the RM Sotheby’s Scottsdale auction docket. This was Duesenberg brothers’ first road model, built to satisfy demand spurred by their successful racing machines. The Model A featured race-derived engineering included an 8-cylinder engine with overhead cam and four-wheel hydraulic brakes. An exciting Duesenberg-based special, this Model A Speedster was originally fitted with a sedan body. It was later modified during the 1940s and 1950s and possibly raced. It was owned in the 1950s and 1960s by Ralph Evans, a noted Auburn-Cord-Duesenberg Club member from California, who fitted the rakish bodywork.

Other interesting features include Ruxton front fenders, a bronze-framed Auburn Speedster windshield, original Duesenberg Model A wheels and of course, the renowned Duesenberg SOHC inline 8-cylinder engine. Adventurous and evocative, it is a wonderful counterpoint to the more numerous postwar sports and exotic offerings at Scottsdale. 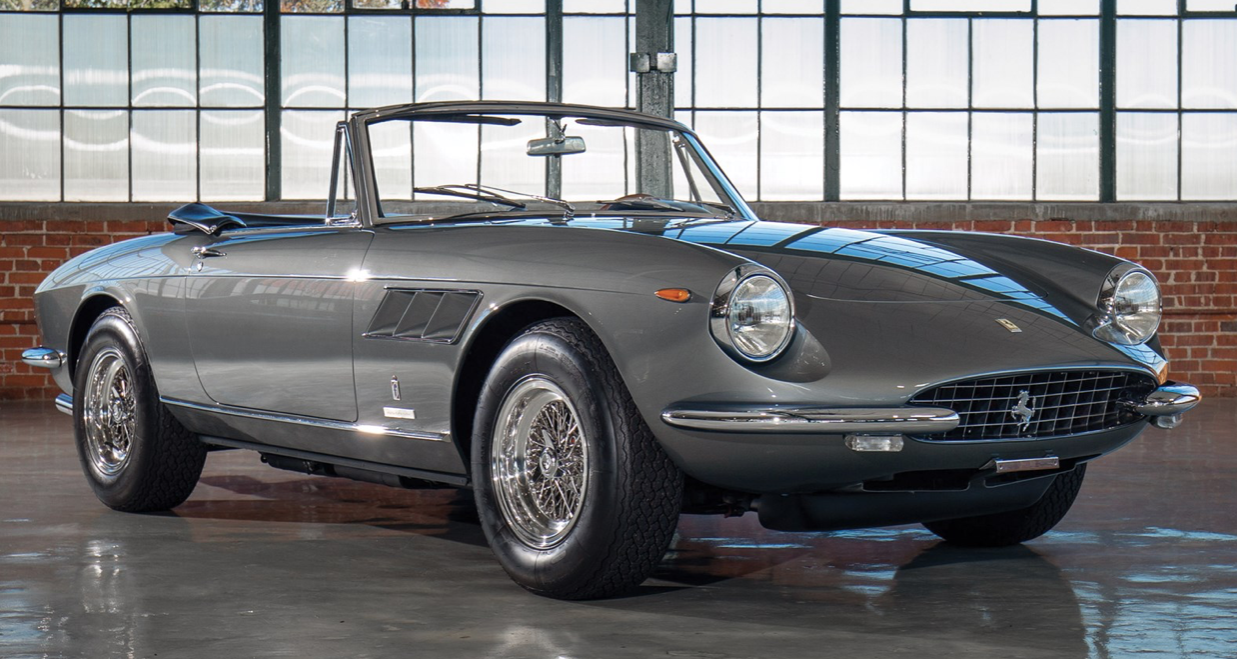 Premier’s Southeast Sales Manager, Chris Warren, chose Lot 242, this charismatic 1967 Ferrari 330 GTS. Featuring svelte open coachwork by Pininfarina, it is one of only 99 examples produced and stands as one of Ferrari’s best front-engine, V-12 Grand Tourers. The 330 GTS is an unqualified tour de force of design and engineering. This masterpiece continues to enchant Ferrari enthusiasts and owners with its beauty and renowned all-around performance. Bearing Chassis Number 9781, this 1967 Ferrari 330 GTS is an original US-delivery example, sold new via Luigi Chinetti Motors in Connecticut. A roster of caring owners has collectively accumulated only an approximate 60,000 miles and following a no-expense-spared restoration in 2014, the Ferrari earned Platinum Awards at the 2017, 2018 and 2019 editions of the renowned Cavallino Classic. Certification by Ferrari Classiche is the icing on the proverbial cake.

Attracting the attention of Juan Garcia, our West Coast Sales Manager, this 1967 Ferrari 330 GTC is a wonderful companion to the 1967 330 GTS chosen by Chris Warren. Regarded as one of the finest Grand Touring coupes of the 1960s, the Pininfarina-designed-and-built body of the 330 GTC remains one of the finest of the postwar era. Driving dynamics were – and remain – exceptional. The rear transaxle of the 330 GTC contributes to its near-perfect weight distribution and outstanding handling characteristics. In addition, there is the exceptional performance delivered by its V-12 engine. Crossing the auction stage as Lot 249, it carries Chassis Number 9449 and stands as one of as few as 598 examples produced. Stated by RM Sotheby’s to retain the original chassis, engine, gearbox and body, 9449 carries history documented by Ferrari marque expert Marcel Massini and comes to market with certification by Ferrari Classiche.

This California-based car will be crossing the auction block as Lot 230. From new, the car was delivered via early West Coast Lamborghini importer Bob Estes. Since 1976, the 400 GT ‘Interim’ was maintained by Lamborghini expert Gary Bobileff and more recently, he restored it. Rarely do classic sports cars come to market with such excellent provenance, making this extremely rare early Lamborghini an excellent collector find at auction.

For its part, Premier’s corporate headquarters in Woodbury, Connecticut is watching Lot 147, a 1955 Mercedes-Benz 300SL “Gullwing”. A true “blue chip” collectible with a global following, the 300SL is the car that re-established Mercedes-Benz as a force to be reckoned with in racing circles during the postwar era. The “Gullwing” swept podiums virtually everywhere they appeared. From the Mille Miglia, to Le Mans, the Nürburgring and the deadly Carrera Panamericana, the 300SL featured innovative engineering led by racing legend Rudi Uhlenhaut. It remains a precursor to the many exotic supercars populating today’s market. Its form-follows-function styling and radical upward-opening “Gullwing” doors made the 300SL an immediate design benchmark. Just 1,400 were produced before Mercedes-Benz replaced the original 300SL with the avant-garde 300SL Roadster in 1957.

Following shipment when new to the US, this “Gullwing” from 1955 spent the majority of its life in the northeast. During the early 2000s, it was comprehensively sorted by the marque specialists at Hjeltness Restorations, Inc. in California. The exterior was refinished in 2013. With several concours awards to its credit and relatively low mileage, it is an exemplary early 300SL, complete with desirable Rudge wheels and aerodynamic belly pans. 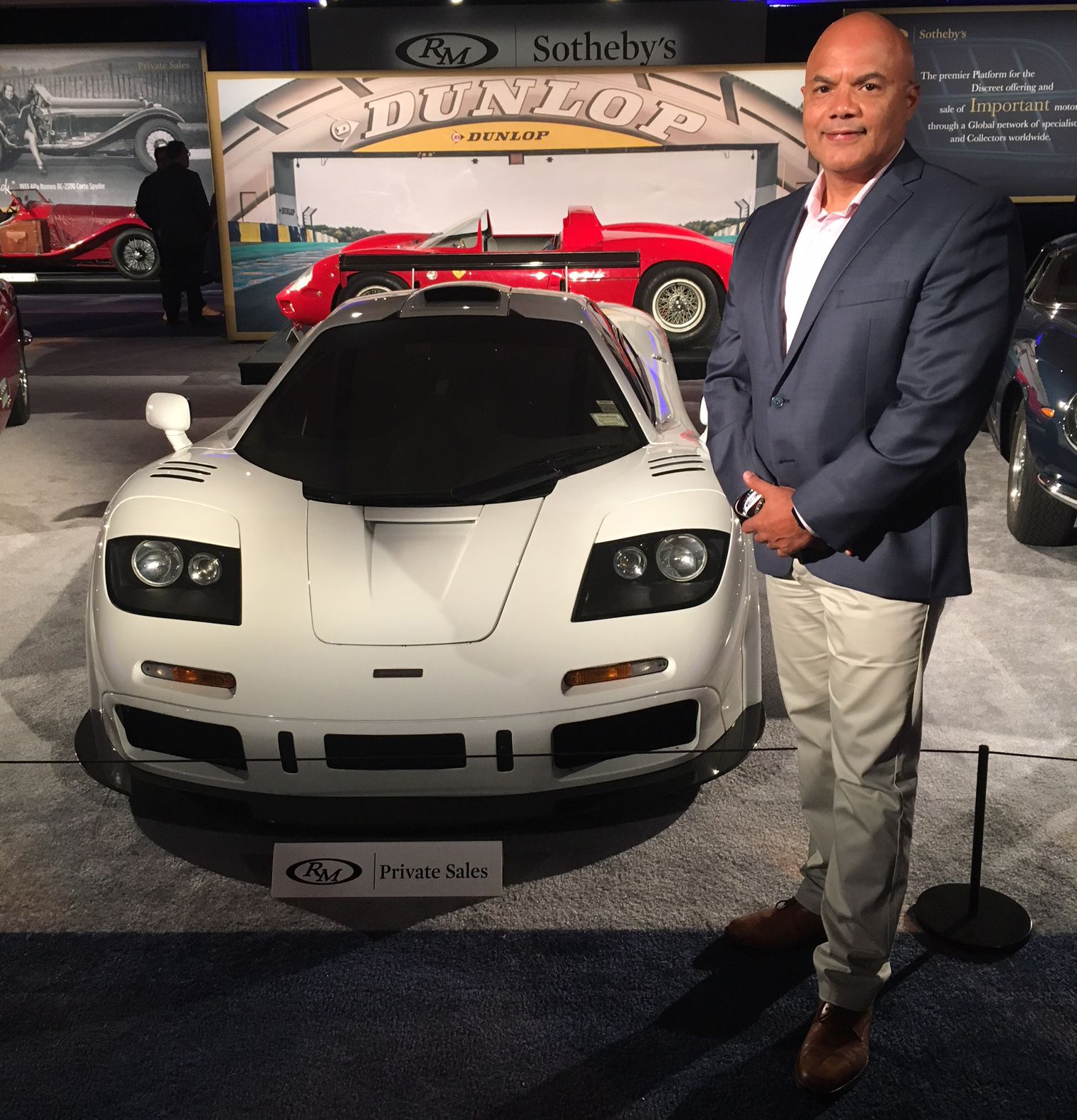 A Simple Lease from Premier Financial Services takes the stress out of bidding at auction. Premier is your best path to owing any high-end automobile, from leasing a Ferrari from auction to driving it home from the dealer. Preparation is key to getting the car of your dreams, so be sure to check out the many resources we have provided elsewhere on the Premier Financial Services website and contact us today. Representatives from the Premier Financial Services team of vehicle-leasing experts will be in attendance at the RM Sotheby’s Scottsdale auction, ready to assist existing and new clients and monitoring collector-car valuations. Be sure contact us now to prepare to bid at Scottsdale with confidence and experience our service and advice first-hand.