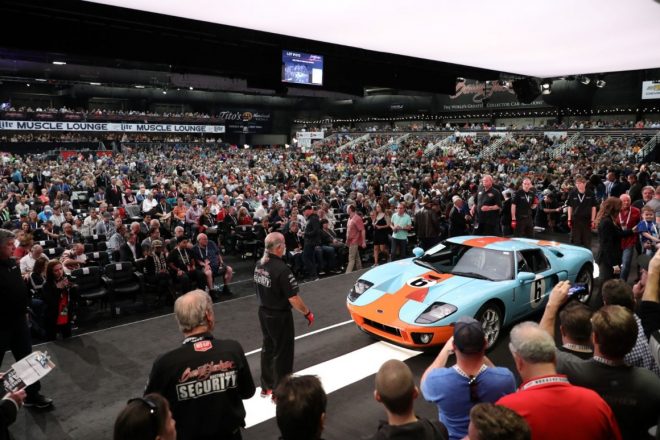 Spurred by the succession of exotic, race-inspired machinery produced by European automakers and bespoke manufacturers since the late 1960s and most recently by one of the longest economic upticks on record, modern Supercars have taken the collector-car market by storm. Once considered a niche offering at top auction venues, they now serve as one of the market’s strongest drivers today. Nowhere is this growing trend more apparent than at this year’s upcoming Barrett-Jackson Scottsdale collector-car auction, aided by the glow from the recent hit movie Ford v Ferrari, the wildly popular Fast and Furious franchise, video games and the recent expiry on contractual restrictions affecting the resale of the new-generation Ford GT. 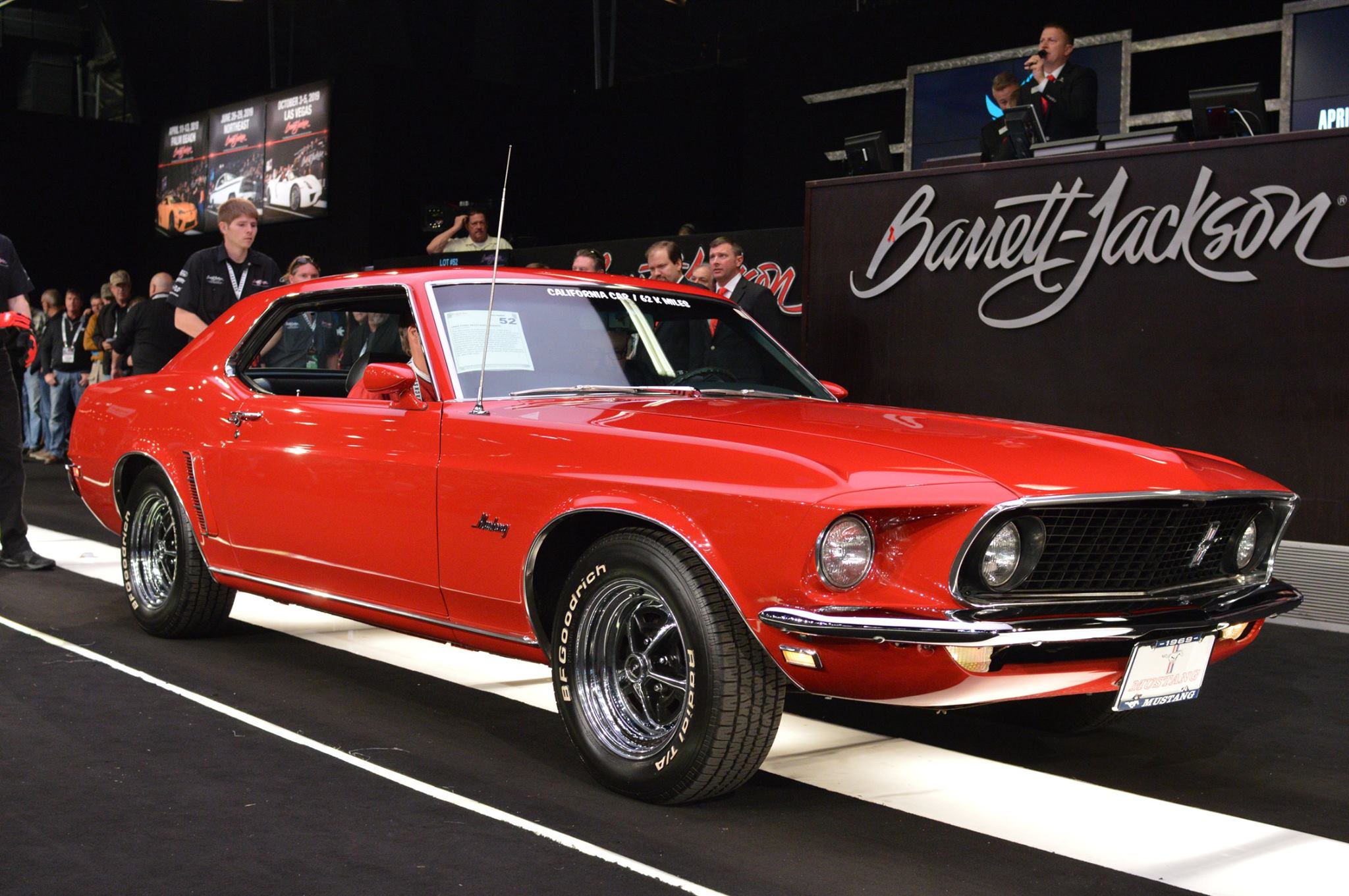 With its traditionally huge Scottsdale auction docket, Barrett-Jackson has a large contingent of modern Supercars on offer for 2020, including nine 2005-06 Ford GTs and not one, but two stunning examples from the current generation. Featured consignments at Scottsdale from Barrett-Jackson include a selection of stunning and particularly collectible Supercars from the collection of Scott Thomas. Among this grouping are a first-year 1992 Dodge Viper, the first 2013 SRT Viper Launch Edition – VIN 0001, the third 2005 Ford GT built and the first available to the public, a high-specification 2003 Saleen S7 and also a trio of highly desirable McLaren models including the mighty Senna. 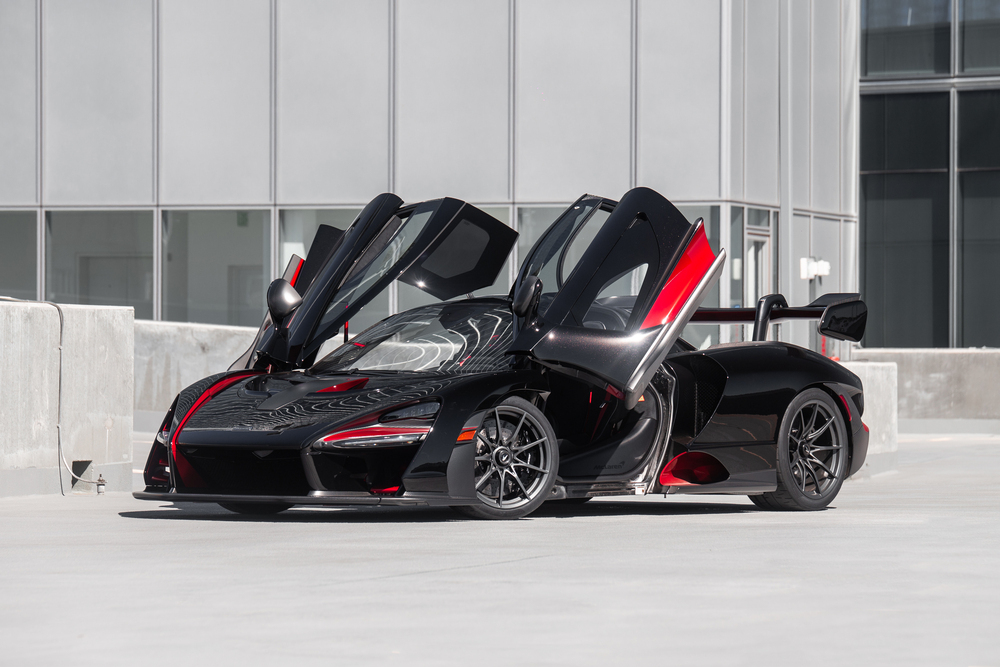 Lot 1393– Finished in Fire Black, this 2019 McLaren Senna is a track-focused, yet street-legal Hypercar with monstrous performance from a twin-turbocharged 3.9-liter V-8, plus otherworldly presence and myriad race-derived specifications.

Lot 1396– Bearing Serial Number 0003, this this 2005 Ford GT is the very first example made available to the public for purchase. Formerly part of the noted Ron Pratte collection, it features three of the four factory options. 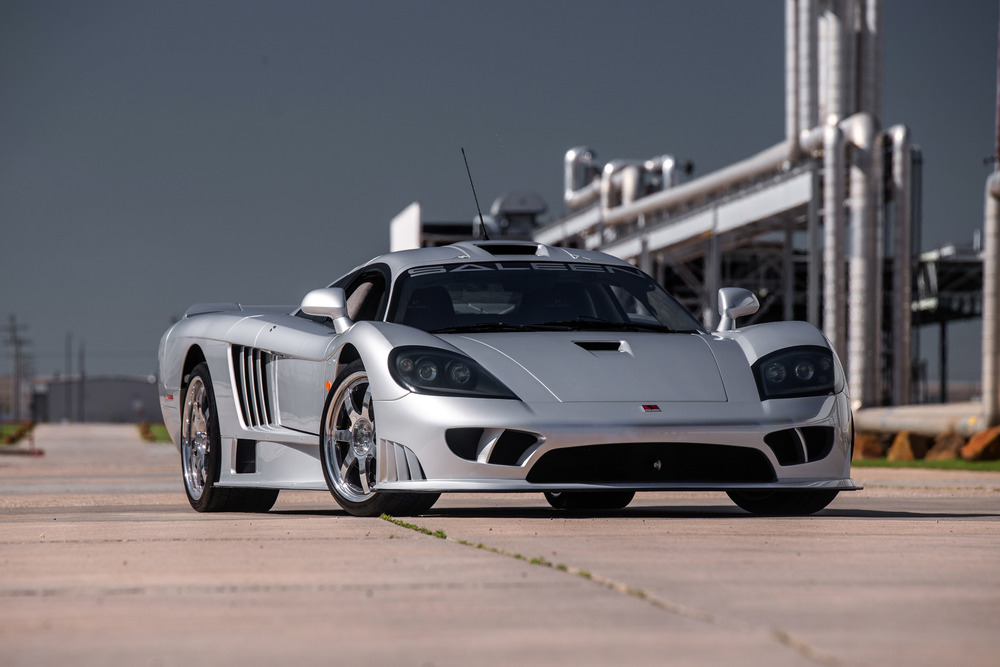 For 1397– One of just 78 examples produced, is the otherworldly 2003 Saleen S7. It is the roadgoing version of the winningest Supercar-based racing vehicle of all time. Furthermore, it is one of just four naturally-aspirated cars equipped with the Saleen Competition Package. 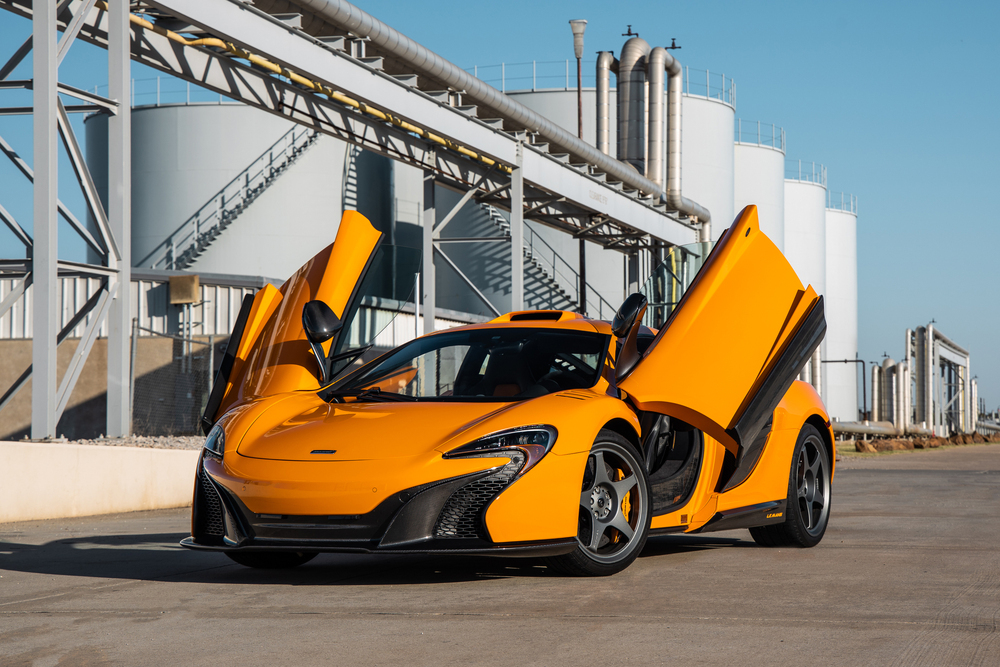 Lot 1394– 2015 marked the 20thAnniversary of its electrifying 1995 24 Hours of Le Mans win. For the anniversary, McLaren Special Operations (MSO) released a limited 50-car 650S Le Mans Edition in 2015. In addition, of that 50-car batch, this is the sole example finished in visually stunning McLaren Orange. 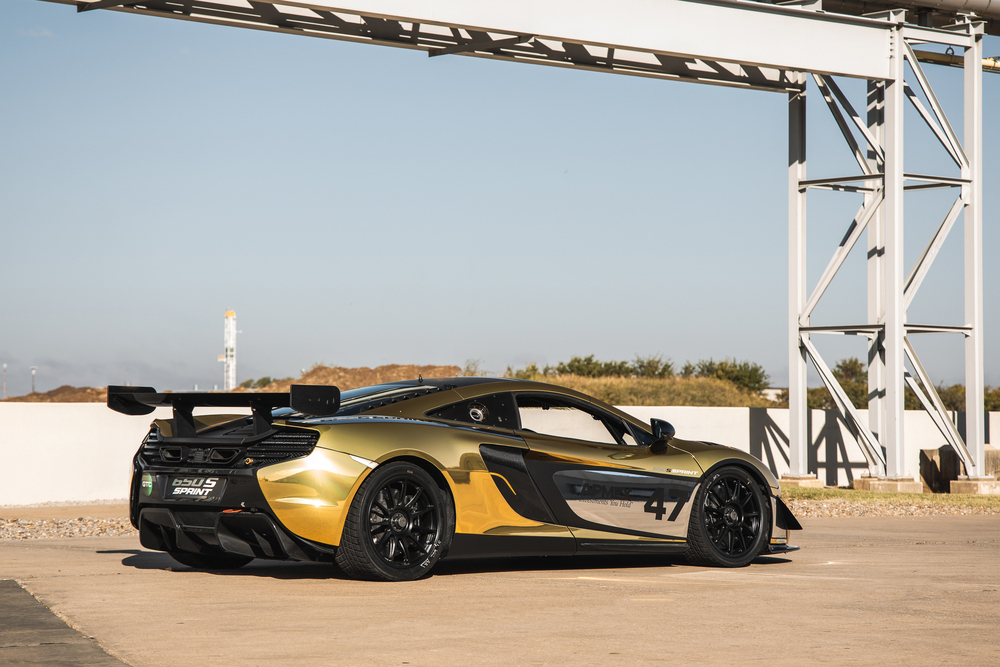 Lot 1395– An enthusiast who actually drives his Supercars, Scott Thomas joined McLaren’s elite Garage 59 program to race them. Consequently, Chassis 11, a Tarocco Orange 2016 McLaren 650S Sprint, was co-driven by Scott Thomas to five podiums in nine race outings. Wrapped in gold and silver, it is a true, full-specification racing car. 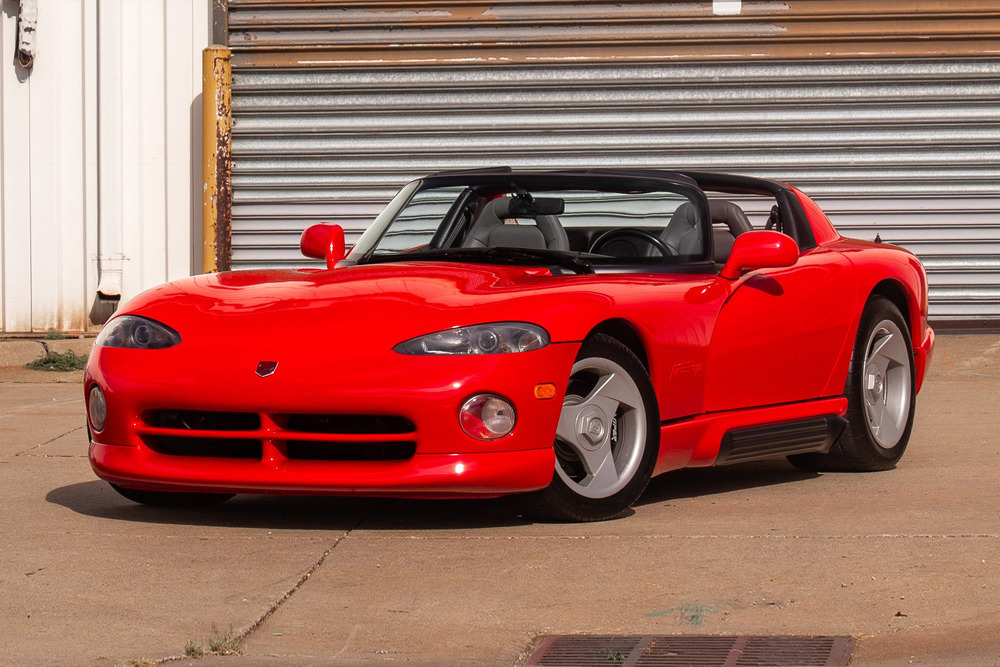 Lot 1007– One of just 236 hand-assembled Vipers from the inaugural model year, this virtual “time capsule” example is an up-and-coming collectible. Capable of shocking performance, even by today’s standards, with its powerful V-10 powerplant and elemental design, it carries fascinating development history with direct involvement by Chrysler’s Bob Lutz, Tom Gale and even the creator of the Cobra, Carroll Shelby.

In addition to vehicles from the Scott Thomas Collection, other highly anticipated offerings at Barrett-Jackson this year include a pair of 2017 Ford GTs. Basking in the 2016 Le Mans victory scored by its racing counterpart over a Ferrari – 50 years after the original “Ford vs Ferrari” campaign, the current edition of the Ford GT is a stunning design and technical tour de force. It is also a stunning performer with 647 horsepower on tap from its twin-turbocharged EcoBoost V-6 engine. This is harnessed by its competition-type suspension and massive brakes. 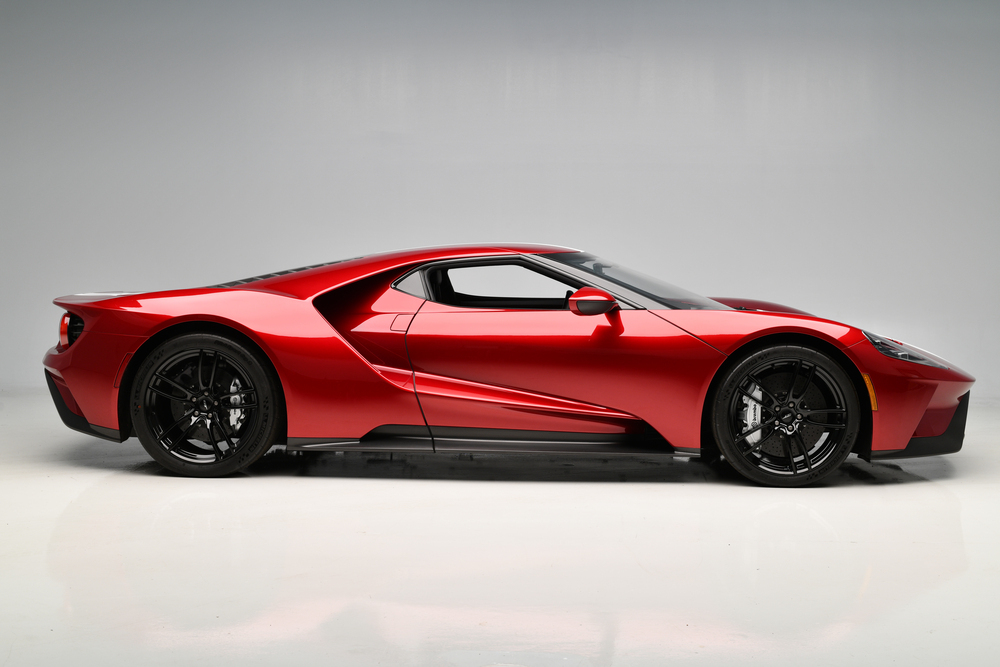 Lot 1392– This GT has single ownership and is beingoffered on behalf of a retired Ford Motor Company Vice-President. It is handsomely finished in Liquid Red with Frozen White racing stripes for contrast. Moreover, other features include matte-finish carbon-fiber components courtesy of the Extended Carbon Fiber option package. According to Barrett-Jackson, fewer than 150 miles are travelled. 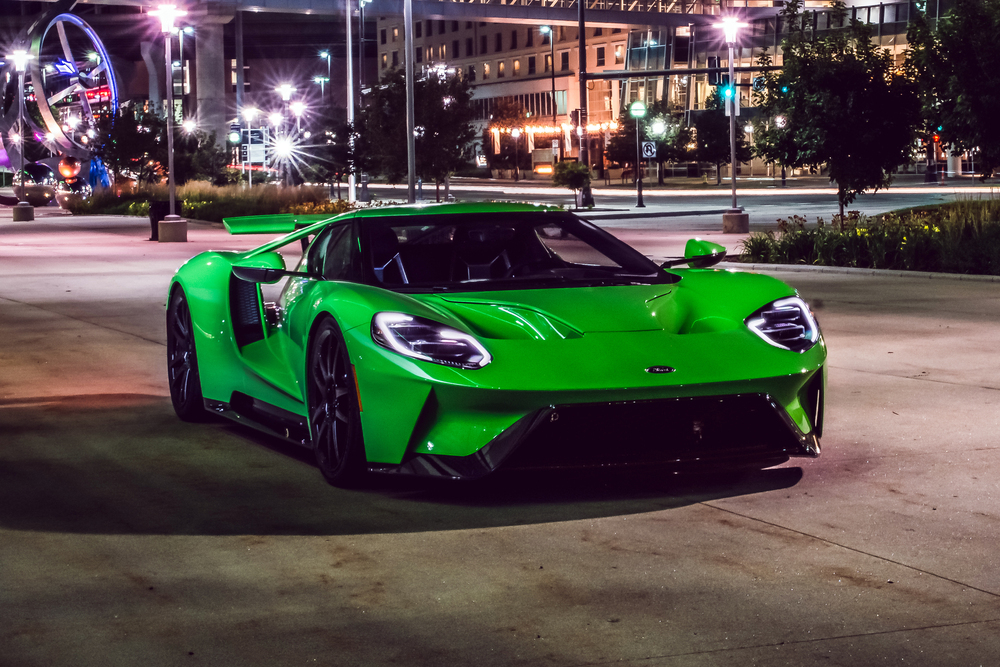 Lot 1417– Coming to market with only 538 miles, this one-owner 2017 Ford GT is finished in stunning Verde Mantis. This color is thanks to the $30,000 Extended Color Palette option, making it a “1 of 1” example. Options totaled over $80,000 when the GT was purchased, including the Dark Energy interior treatment. It also boasts leather-wrapped steering wheel and the 20-inch exposed carbon-fiber wheels. Further, it has additional carbon-fiber components from the Extended Carbon Fiber package.

Barrett-Jackson is often best-known in the past for offering postwar American classics, postwar muscle cars, show cars and high-performance “resto-mods“. However, in the past few years, consignment staff and management have astutely embraced the latest collector-car trends. Recent auctions have seen Barrett-Jackson set new records. Rare, high-specification production models from the 1980s/1990s and the company’s personnel continue to display that acumen in the Supercar field. In addition, there is a deep lineup consigned to Scottsdale. If you are wondering where the collector-car market is headed, be sure to closely follow Barrett-Jackson at the 49th edition of the company’s signature Scottsdale auction and beyond.