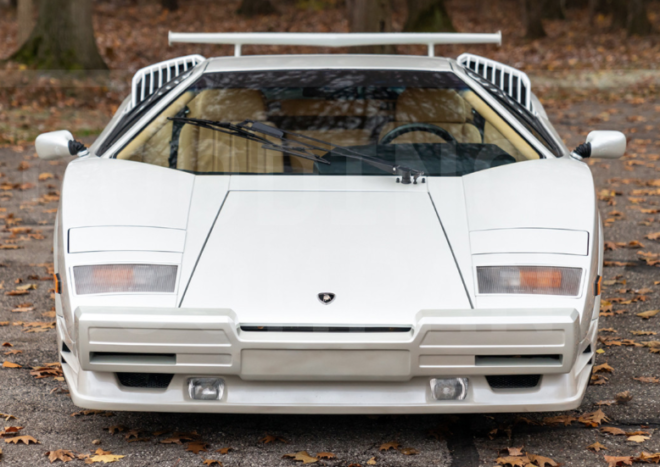 Seeing a Lamborghini Countach, after so many years out of production, is a bit like watching a classic “Twilight Zone” episode. You’ve seen it many times before, yet even though the first-time shock has long worn off, you feel compelled to watch it again.

The Countach set the template for eye-stunning exotic-car design, spurring others into a game of one-upmanship. Just like the “Twilight Zone,” there’s only one original. And, man, do these cars pull eyeballs.

Lamborghini ended the Countach’s 16-year production run with the 25thAnniversary Edition, featuring a design “update” that, for some, perhaps pushed the over-the-top nature of the original even further around the bend. Gooding & Company will offer a 7,600-mile 1990 Countach 25th Anniversary Edition at its Scottsdale auction this month, with a pre-sale estimate of $275,000 – $350,000.

Lamborghini began making cars in 1963 with the 350 GT, a V12 coupe with just a dash of flamboyance to help stand it apart from Pininfarina’s elegant Ferrari designs. The marque escalated the showiness with the mid-engine 1966 Miura, and the supercar die was cast. How do you top that? Marcello Gandini, working at Bertone, took the challenge for the Miura’s successor, first shown in Geneva in 1971: the Countach.

The curves of the ’60s were cast aside in favor of severe angles and a wedge profile. The Countach’s scissor doors seemed as critical to its supercar persona as the mid-mounted V12. Call it modernist brutal, or a doorstop with a personality. Whatever you label it, the Countach set a tone for supercar design that still resonates through Lamborghini’s current models.

The Lambo wild child entered production in 1974, but Americans couldn’t get a truly federalized version until the early 1980s. Meanwhile, the Countach had become a favorite poster for young enthusiasts’ bedroom walls. Call that an early form of customer relationship marketing.

In the mid-1980s, the Countach got company from the Ferrari Testarossa, nearly its equal in styling excess, with “cheese grater” air intake strakes dominating its super-wide form. Lamborghini responded by adding a huge optional rear wing that looked like the vertical stabilizer from a Boeing 727.

With wings, flares, and protruding scoops, the Countach seemed to embody all the late-1960s American muscle car affectations, jacked up on Espresso. Yet, even the battering-ram federal bumpers could not dampen enthusiasm for the Countach design.

Fortunately, there was extreme performance to back up the look. The 1985 Countach gained a larger-displacement V12, now 5.2 liters and fortified by four valve-per-cylinder heads to yield over 400 horsepower. The model was now called LP5000S Quattrovalvole. 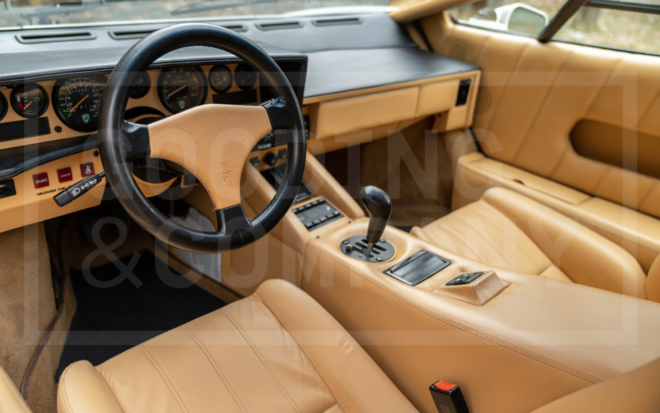 By 1988, all those bedroom wall posters and appearances in “Miami Vice” and the hit film “Rain Man” had made Lamborghini a household name in a way that even the Miura had not done. By then, Lamborghini was under Chrysler’s odd but brief control, and a Countach successor was in the works.

Topping the Countach’s introduction with a dramatic exit would be no small feat. Horatio Pagani, Lamborghini’s chief engineer and still in his early 30s, reworked the Gandini design, out-straking the Testarossa by placing grilles and slats just about everywhere.

Fortunately, what would become the final iteration of this groundbreaking supercar offered more than a cosmetic makeover on the 455-horsepower QV5000. Revised suspension improved handling and stability. The sumptuous interior gained power seats and windows, better air conditioning and added sound insulation.

Construction of Lamborghini Countach 25thAnniversary Editions began in the fall of 1988 and continued through January 1990 to meet demand. In doing this, Lamborghini set an example for customers who might forget their own crucial anniversaries and need: just keep the gifts coming.

The Countach 25thAnniversary was indeed a gift for the marque faithful, offering 0-60 in just less than 5 seconds and a top speed of 183 mph. This was crazy stuff 30 years ago.

Lamborghini built 657 25thAnniversary models, making it the most prolific Countach variant and accounting for nearly a third of the 2,049 produced from 1974. The example offered by Gooding was a Canadian market car, now of course fully legal for U.S. citizenship. 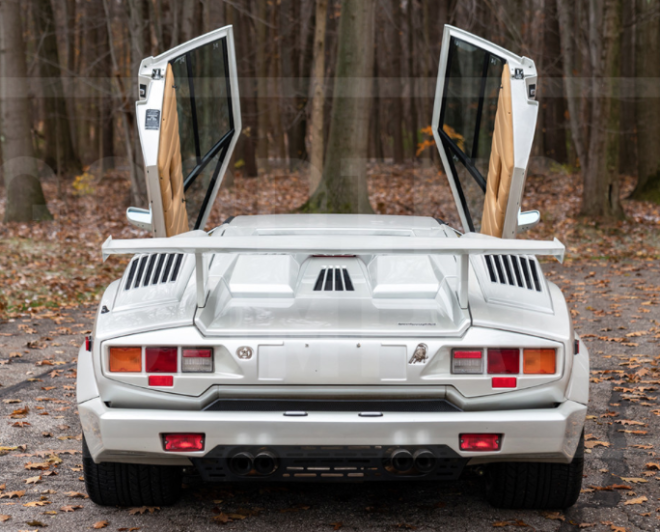