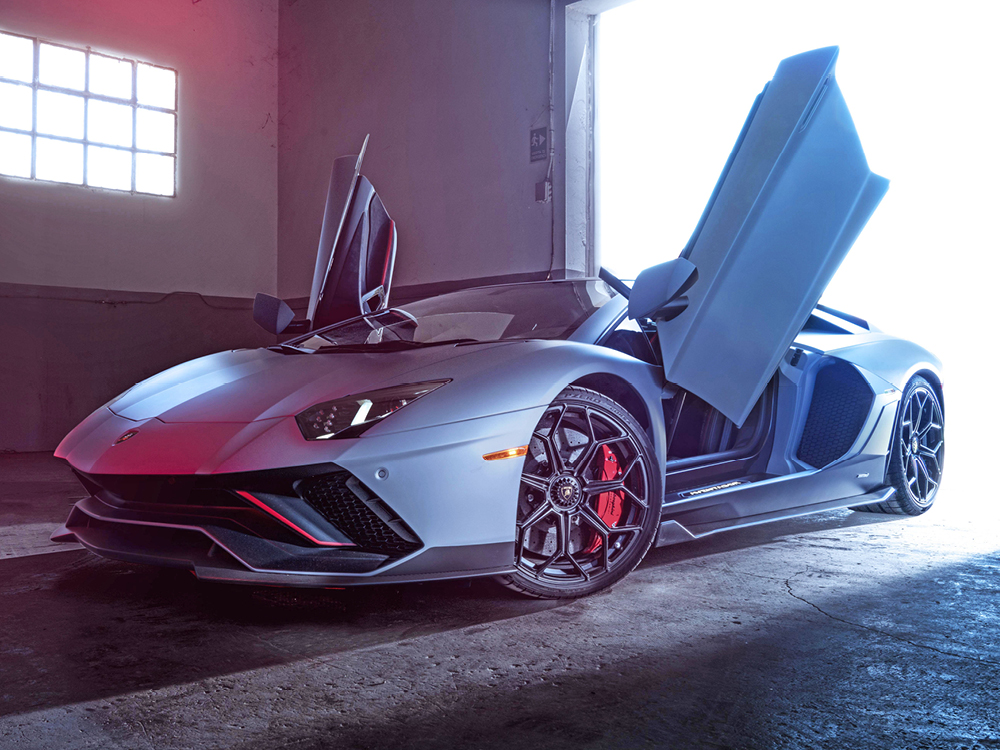 The last of its kind…one more time

In the early Nineties, Jay Leno was still a busy stand-up comedian and frequent substitute host of NBC’s The Tonight Show, but he was not yet renowned as a consummate car collector / enthusiast with a fondness for Lamborghinis. Leno was also the TV pitchman for Doritos snack chips. You may remember the tagline he gave in each commercial, “Crunch all you want. We’ll make more.”

Three decades later, those words could be offered as consolation to 15 American buyers of Lamborghini’s final Aventador model, the 780-4 Ultimae. Their cars, along with 4,000 other VW Group vehicles, including Audis, Bentleys and Porsches, went to the bottom of the Atlantic Ocean aboard the sunken transport ship, Felicity Ace, this past March. Priced starting at $507,000 before options, those 15 cars represent a $7.6M retail loss.

Soon after, Lamborghini graciously alerted those customers that the company would restart Ultimae production to replace their drowned cars. “Ultimae” is Italian for “of last.” So, the 15 cars that Lamborghini will replace will truly be the last of the last.

The 15 Aventador Ultimae models represent just 2.5 percent of the 600 Lamborghini said it would produce, including 350 coupes and 250 roadsters. This is not a limited special edition, but rather just the last of the line that started in 2011. More than 10,000 total were made, and the Aventador was also the platform for numerous special models; among them the Veneno (14 made), the Aventador SVJ and SVJ 63. The Sian hyper hybrid and the Countach revival both spring from the Aventador’s chassis.

As a brief history refresher, the Aventador SVJ set a lap record for a production car on Germany’s Nürburgring-Nordschleife circuit at 6:44.97. For perspective, that was a startling 15 seconds faster than the time set by the Lamborghini Aventador SV three years earlier.

The Ultimae is not only the last Aventador, but also the final naturally aspirated V-12 from Lamborghini. Any successor model that follows is likely to use a hybrid powertrain.

Getting back to that sunken treasure off the Azores, restarting production of such a low volume car like the Aventador is not as easy as cranking up the Doritos production line. Lamborghini acknowledged challenges in restarting supply chains to make the 15 lost cars. The company could have simply refunded deposits and put the customers at the front of the line for the Aventador’s successor, so this was a generous gesture.

Those customers must likely be pleased with Lamborghini for choosing the more difficult route. They will be getting a car with not only the marque’s last naturally aspirated V-12, but also its most powerful. The “780” in the car’s name stands for 780 CV, or, European metric output. In American terms, it’s 769 horsepower from the 6.5-liter engine. The “4” of course stands for the all-wheel drive needed to get those ponies to the road without incinerating the rear tires.

Some Perspective on Technology

Those comparisons take nothing away from the wonderful mechanical craziness of the Aventador’s V-12, but rather highlight the benefits of turbocharged and hybrid powertrains in newer supercars — and those to come.

The Lamborghini Aventador, while more civilized to drive than, say, a 1980s Countach, is not without compromises. None of these should deter anyone from buying one, however. They’re just factoids that give a clue about this beast’s raw personality. Nobody ever accused the Aventador of being an “everyday supercar.”

Even in Ultimae form, the Aventador still uses the old 7-speed single-clutch automated-manual transmission. It has been improved over the years but, according to critics, it is still not nearly as refined a driving partner as modern dual-clutch automatics, such as used in Lamborghini’s own Huracán and just about all other supercars. As Car and Driver pointed out in its Aventador Ultimae preview drive, the shifts get faster and smoother the faster you go (hint, hint).

Visibility from inside any Aventador has always been sketchy, but then, at least people will notice you when you step out of the car. Maybe that’s a fair trade-off.

Don’t Cry for Me, Lamborghini

Though built from carbon fiber and aluminum, the Aventador Ultimae still puts down nearly 4,000 pounds of road-hugging mass. The manic V-12 can just shrug off the weight, though, doing 0-60 in about 2.5 seconds and, with enough track, a 220-mph top end.

Do not mourn the Aventador’s departure. Even if you do not get an Ultimae, there are plenty of other variants available in the secondary market. And, just like Doritos, Lamborghini will keep making more cars, and some will eventually top the impressive Aventador Ultimae.