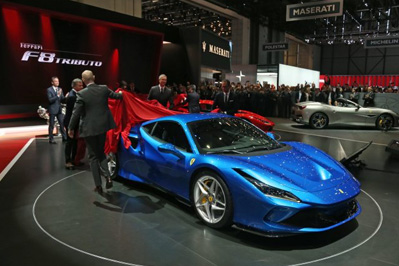 If you fell in love with the Ferrari 488 but didn’t get one, you now have the luxury of more choices. You could get on a wait list for its replacement, the F8 Tributo that debuted on March 5 at the Geneva Auto Show. Or, you could take your pick from all the 458s and 488s that will be traded in for the new car.

If you look at the F8 Tributo and think, “That looks a lot like a facelifted 488,” you’re not far off the mark. The F8 Tributo is essentially a major refresh of the 488, which shared much with the 458 before it. What’s wrong with that? Absolutely nothing.

But is there a hidden clue in the name, “Tributo?” 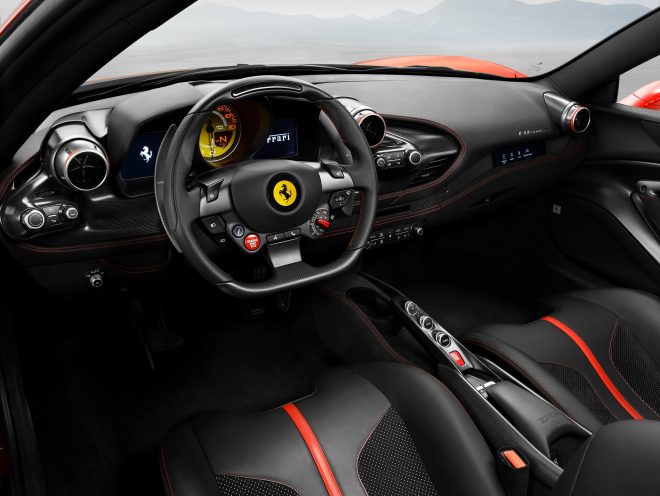 Even if you didn’t take Italian as a second language, you can probably translate “Tributo.” Ferrari says the car is a tribute to the engine itself, its most powerful V8 ever. It’s the engine from the 488 Pista, by the way, so this is not its debut. Ferrari also cites as the model’s inspiration its own 45-year lineage of mid-engine V8 sports cars stretching back to the original 308 GTB.

So, why the “tributo” now? Is the V8 coming to some kind of conclusion? Well, the rumors of a hybrid powertrain were true … just not for this car.

Ferrari is, however, developing a new mid-engine architecture to handle a hybrid powertrain. In January, the company confirmed a hybrid model coming this year. In Geneva, Ferrari’s chief technical officer Michael Leiters also confirmed that a V6 was pending. One could infer that the F8 Tributo may be the marque’s last, non-electrified V8.

Meanwhile, Ferrari is prepping a new front-engine platform for the Purosangue, its upcoming “non-SUV” SUV, and, presumably, other models. It’s a busy time in Maranello.

Anatomy of a Tribute

At first glance, the F8 Tributo could pass for a 488 that went through Ferrari’s Special Projects customization program. The nose resembles the 488 Pista’s and, like that model, features an S-Duct in the front hood to add downforce, plus a carbon-fiber spoiler.

The F8 Tributo’s headlights are particularly interesting. Viewed at a glance, they resemble those of the 488, climbing up into the fenders. But look more closely, or from above, and you’ll see the lights themselves are just narrow LED strips at the corners. The darker area higher on the fender is a brake-cooling duct.

The F8 Tributo’s profile is a bit more wedge-like than the 488’s, and stepping around to the reshaped tail, we see more “tributo” in the use of a louvered Lexan engine cover like that on the F40 supercar. A curving, full-width rear spoiler melds with the rear fender contours. 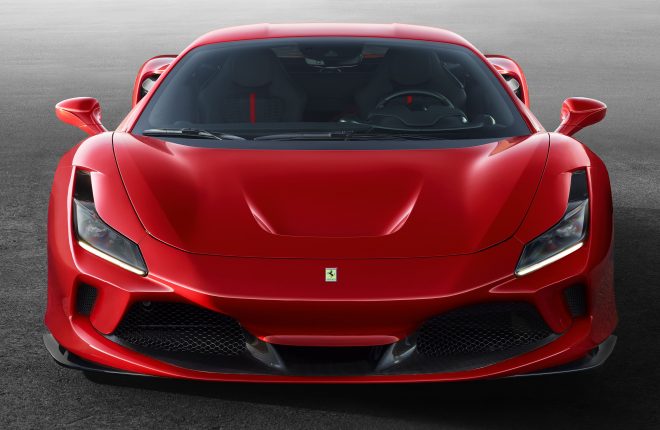 Let’s Get This Party Started

“Carryover” is not a dirty word in Ferrari’s world, or at least it shouldn’t be, especially when the carryover mechanical bits in the F8 Tributo include the 488’s chassis, Pista-tune 3.9-liter twin-turbo V8 and 7-speed dual-clutch transmission. As in the Pista, the engine makes 710 horsepower and 568 lb.-ft. of torque. Fun fact: that’s 300 percent more horsepower and torque than the 308 Quattrovalvole from the early 1980s.

Ferrari’s handling technology can make even a mediocre driver look like an ace at the track. Working the manettino drive-mode switch on the steering wheel, the driver uncorks the magic of Ferrari’s newest rendition of Side Slip Angle Control. The system manipulates traction- and stability-control to let the driver hammer the car through turns and look great doing it. For those who like to put more drift into their cornering, the Ferrari Dynamic Enhancer can now be used in Race drive mode. Just select the “Vaughn Gittin” setting on the manettino. (Just kidding, Ferrari.)

In the F8 Tributo’s cockpit, the driver looks straight ahead to the big tachometer with digital speed readout. A new infotainment system employs displays on either side of the tach. There’s a fun surprise for the passenger, who gets a screen to view performance parameters like speed and engine rpm. More usefully, the screen can also display navigation and audio information.