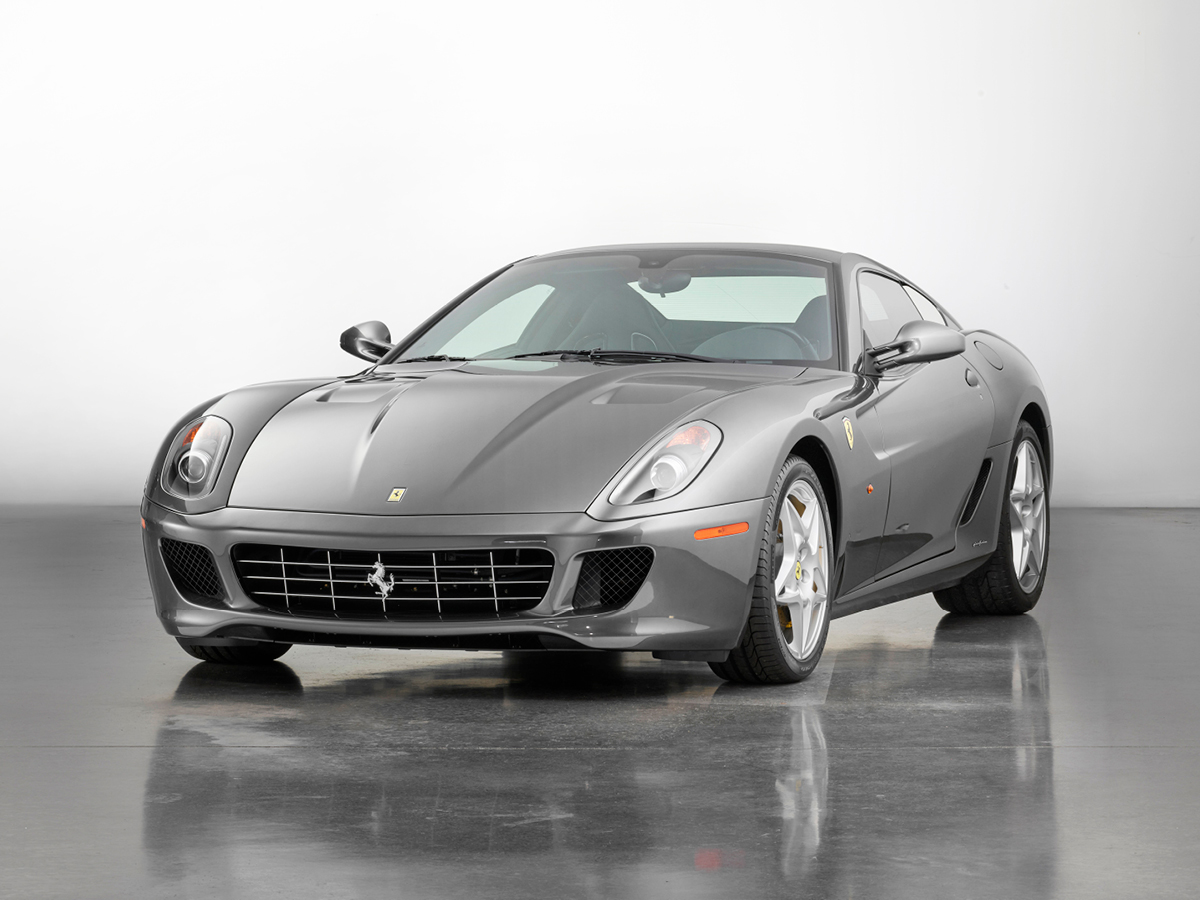 While any given Ferrari will feature incremental upgrades and special, limited-production versions during its run, the changeover to a successor is usually a much broader leap. Such was the case with the 599 GTB Fiorano that arrived for 2007. It was the second full model series in Ferrari’s V-12 Berlinetta revival that began in 1996 and is still going strong.

Today, the 599’s blazing performance and striking Pininfarina design come at a discount. You could fairly easily find a 599 GTB Fiorano offered for around $150,000 or so. Or, you could pay over $600,000 for one particularly rare version – and that’s not even considering the 599 GTO, the pinnacle road car of the series. (We’ll treat that as a separate model in a future blog.)

Ferrari purists stood up and cheered, in a manner of speaking, when the marque returned a front-engine, V-12, berlinetta to the family with the 1996 550 Maranello. There had been a nearly 25-year gap following the 365 GTB/4 Daytona. That iconic model, coincidentally, had ended a quarter-century of the marque’s foundational V-12 berlinetta format when it ceased production in 1973.

The 575M closed out the Maranello family, which also included the topless 550 Barchetta. Since then, the 599 GTB has been succeeded by the F12berlinetta (Ferrari’s own odd way of badging the car), which in turn gave way to the current 812 Superfast.

How’d They Do That?

When Car And Driver tested the 599 GTB in 2007, the car posted essentially identical acceleration numbers to the magazine’s Enzo test from four years earlier, including 0-60 in 3.3 seconds and the quarter mile in 11.2 seconds. What made that fact so intriguing is that the 599 weighed a rather porky 3,950 pounds, despite being the first Ferrari V-12 GT built on an aluminum chassis.

That was about 700 pounds heavier than the mid-engine Enzo. Also, the 599 GTB’s 140 6.0-liter V-12 engine was tuned a bit differently than the Enzo’s, giving “only” 612 horsepower vs. the Enzo’s 651. Ferrari credited advances in transmission and chassis control technology for the nearly equal performance of the heavier and slightly less powerful 599 GTB. Specifically, shifting time for the F1 automated manual paddle-shift transmission was reduced to 100 milliseconds, hence Ferrari’s “F1 SuperFast” name for the unit. In addition, the electronically controlled limited-slip differential helped enhance the 599 GTB’s off-the-line traction.

The Ferrari 599 GTB Fiorano took its name from the carmaker’s famous test track, and there, it was also a stellar athlete. The Fiorano crushed its namesake course in 1:26.5 minutes. For context, the mid-engine Enzo was 1.6 seconds faster at 1:24.9. The 599 GTB HGTE, a special handling option package for a $30,000 premium, took 0.6 seconds off the standard model’s lap time – $5,000 extra per tenth of a second!

The 599 GTO variant would ultimately eclipse the Enzo on the test track by just under one second. And so it goes. In daily driving and even spirited backroad driving, these numbers are inconsequential, but in the Ferrari test-track hierarchy, they are as sacrosanct as the homerun counts for Major League Baseball’s heavy hitters.

The 599 GTB had bragging rights to a 205-mph top speed, but what really impressed Car and Driver’s testers was a long 161-mph sprint across a desert road, stating that “the car tracked straight and felt thoroughly planted.”

The 599 GTB Fiorano design by Jason Castriotta at Pininfarina channeled 50 years of Ferrari spirit without leaning too much on “retro” cues. From various angles, it might remind you of certain older Ferraris, but it is not a pastiche of the brand’s classics.

Critically, the 599 GTB body hides some clever aerodynamic helpers, such as the undeniably trick “flying buttress” rear pillars. These curve slightly inward over the rear quarters and create a gap that channels air over the trunk. The resulting added downforce enhances handling stability without requiring a design-killing wing.

The cabin was about as tasteful and elegant as ever installed in a Ferrari. Luggage straps on the rear shelf recalled the company’s earlier GTs.

All other 599 series models, including the GTO and SA Aperta, were equipped with the F1 transmission, as Ferrari was transitioning away from manuals. The F1 and later DCT transmissions make the cars quicker than with a manual transmission, but some collectors insist on that distinctive gated shifter that Ferrai manuals had for decades.

There probably is not a better bang-for-the-buck V-12 model in the Ferrari catalog than the 599 GTB. But don’t wait around forever.