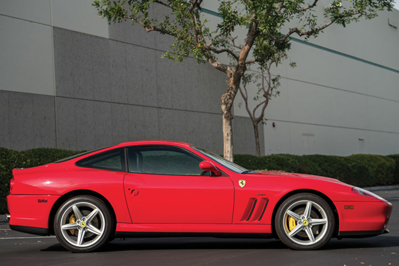 Solidifying the Return of the Front-Engine V12 GT.

After dazzling car-lusters with the Testarossa in the 1980s, Ferrari moved forward by taking a step back to its roots with the front-engine V12 550 Maranello in 1996, and then topped it with the 575M Maranello in 2002. And the Ferraristi were pleased.

The “M” was shorthand for “modificato,” or modified, but it could have stood in for “more,” since the 575M gave more of everything that was great in the 550. The “M” for Ferrari’s 2-seat V12 road burner brought more power, revised styling and upgraded interior. Perhaps more significantly, the 575M was the first V12 Ferrari road car to feature an active adaptive electronic suspension and offer the semi-automatic F1 transmission.

It doesn’t seem like that long ago when $70,000 could put you into one of these magnificent Ferrari GTs. At its Arizona auction this month, RM Sotheby’s is offering the chance to go back in time with a 2002 575M showing just 251 km with a pre-sale estimate of $200,000-$250,000 (lot #257). For the price of a new Ferrari California T, this modern classic seems mighty tempting. (This was a Canadian-market car but was certified for North America and is titled in the U.S., so no DOT/EPA worries here.) 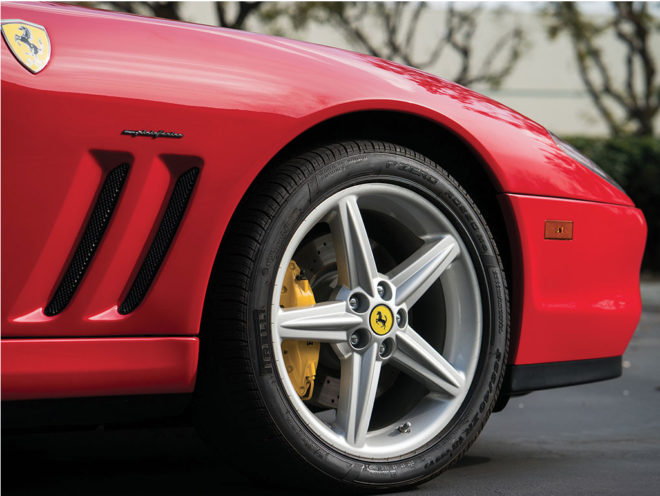 If the 550 Maranello finally gave Ferrari drivers the modern Daytona they’d been hoping for, the 575M Maranello then gave the V12 GT genre a bridge to the 21st century, with the marque’s renewed focus on ultimate-performance front-engine machinery. The 550 Maranello’s essentials remained in place, including the Pininfarina design that did an admirable job of clothing a fully modern GT with classically inspired sheetmetal. Like Pininfarina’s earlier Ferrari GTs, the 575M looks quite compelling in primary colors. The RM Sotheby’s 575 M looks stunning in Rossa Corsa over Nero interior.

To boost power over the 550 Maranello, Ferrari increased the 65-degree V12’s displacement to 5.75 liters and bumped up compression. The resulting 508 hp made it the most powerful Ferrari road car V12 to that time. 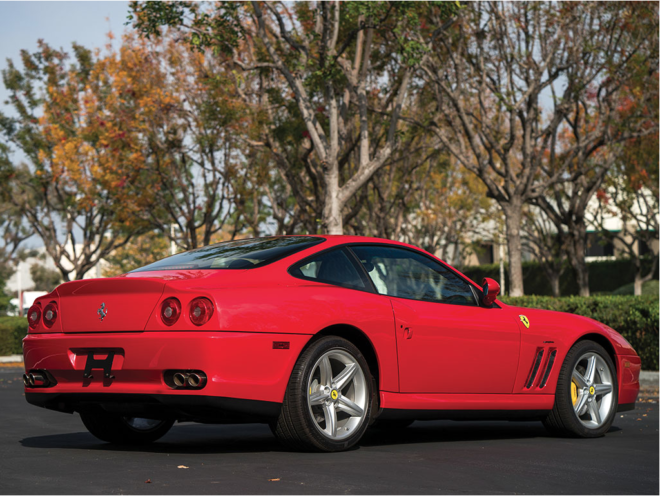 Although the 575M offered a 6-speed manual transmission, about 85 percent of buyers opted for the electro-hydraulic F1 gearbox. The F1 offered a full automatic setting, but drivers were much more likely to shift gears for themselves using the satin-finish metal paddles mounted on the steering wheel. With the suspension in Sport mode, shifts occurred faster than a driver could blink — about two-tenths of a second. The suspension also communicated with the F1 transmission, to help reduce vehicle pitch during shifts. Ferrari was filtering F1 technology into its road cars, and its loyal clientele heartily approved.

In the 575M, the new adaptive suspension offered two modes: Comfort and Sport. Select a mode, and the system computer gathered information on road conditions from shock-mounted sensors, adjusting damping in a lightning-quick 80 milliseconds. The result: the ideal synthesis of ride and handling, whether for weekend touring or carving twisty mountain two-lanes. In other words, the classic Ferrari GT fully up to date.

In its test of an F1-equipped 575M, Car and Driver said, “Although the Maranello accelerates ferociously even at triple-digit speeds, it always remains stable and secure.” The statistics were impressive: zero-to-60 mph in 4.2 seconds, the quarter-mile in 12.3 seconds and a top speed of 202 mph. The magazine praised the handling and called its 575M “the definitive ultra-performance GT.” 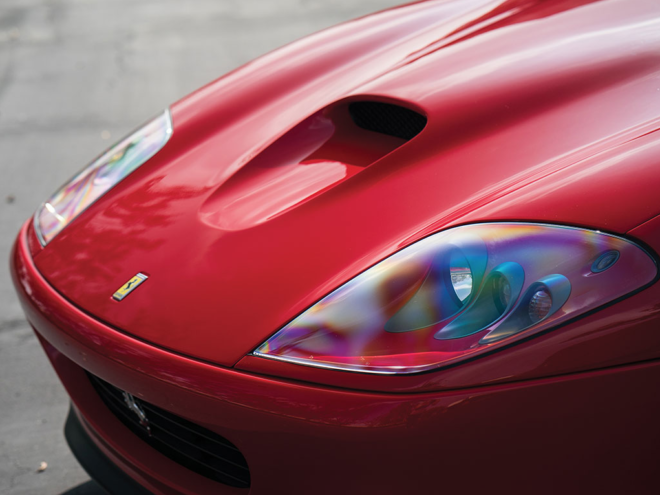 Ferrari built just over 2,050 575M models before passing the V12 GT torch to the 599 GTB in 2006. One could hope that the eventual buyer of the RM Sotheby’s 575M will choose to burn up some roads with this ultra-low mile example. 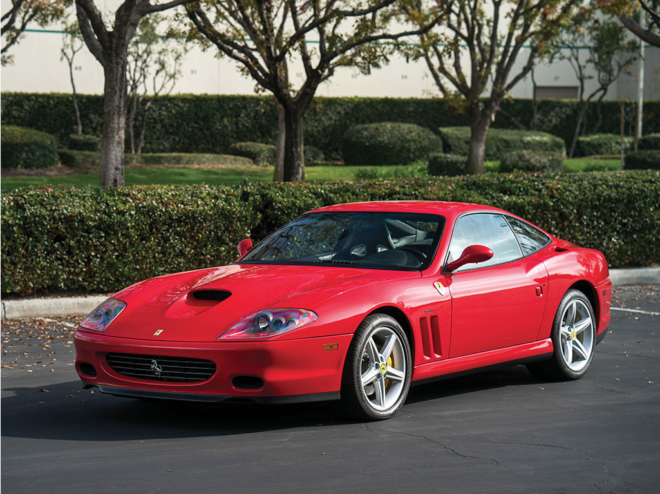