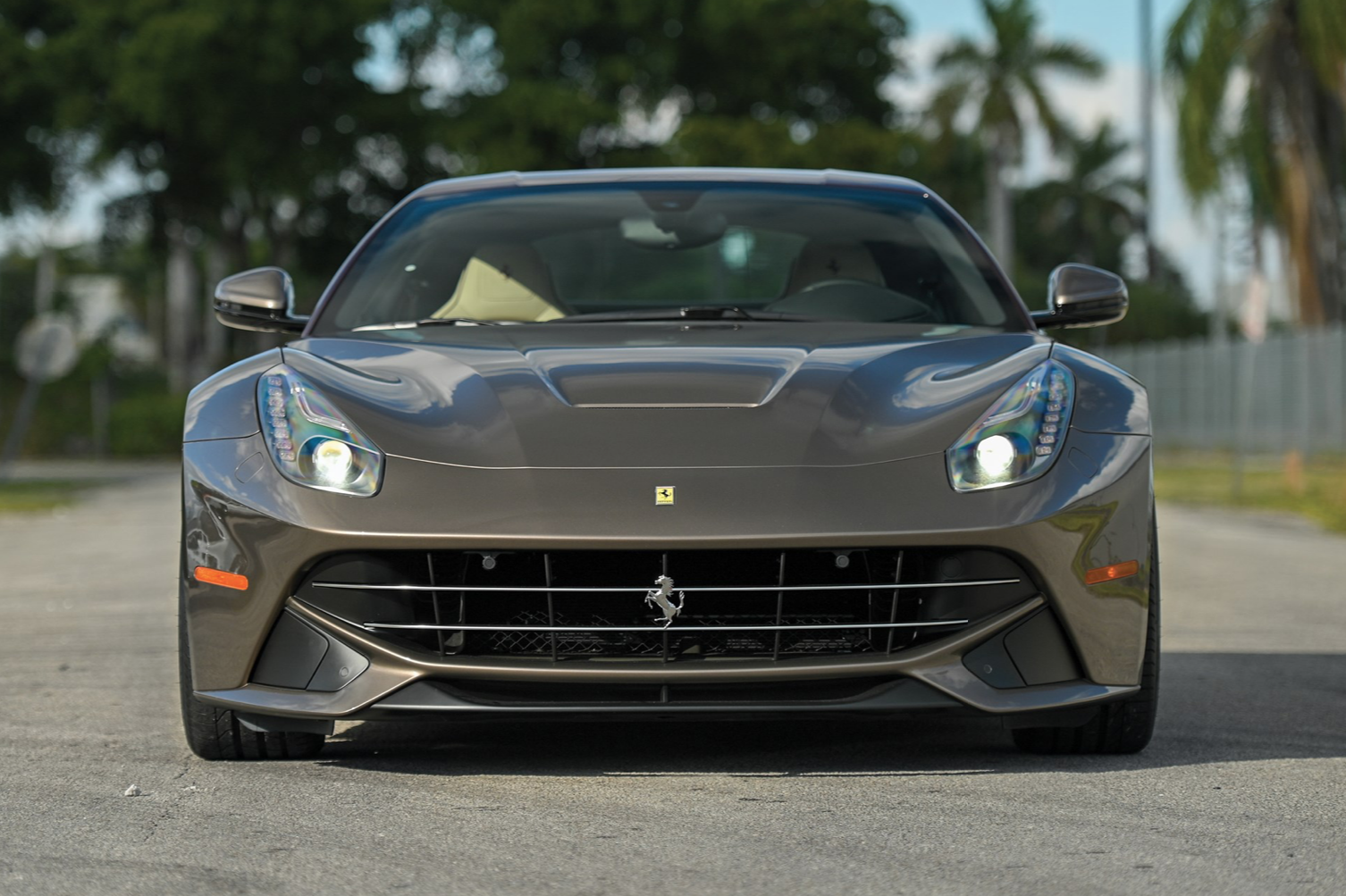 Seven decades of history in one 731-hp car

The fact that Ferrari still builds front-engine V12 berlinettas in the year 2020 is quite astonishing, and quite profitable. The current model is the 812 Superfast, which is essentially a much upgraded version of the F12berlinetta that preceded it.

Ferrari F12berlinettas are now entering the secondary market, giving those who did not get one when new a second shot. RM Sotheby’s is offering a 2017 model that also happens be one of the 70 offered with a 70th-Anniversary livery and has just 109 miles from new. The pre-sale estimate is $400k-$450k.

Gooding & Company also has one of the 70th anniversary F12 models for Scottsdale, one with the livery called “The Legendary Sixteen” and with just 80 miles. Its pre-sale estimate is $375k-$450k. 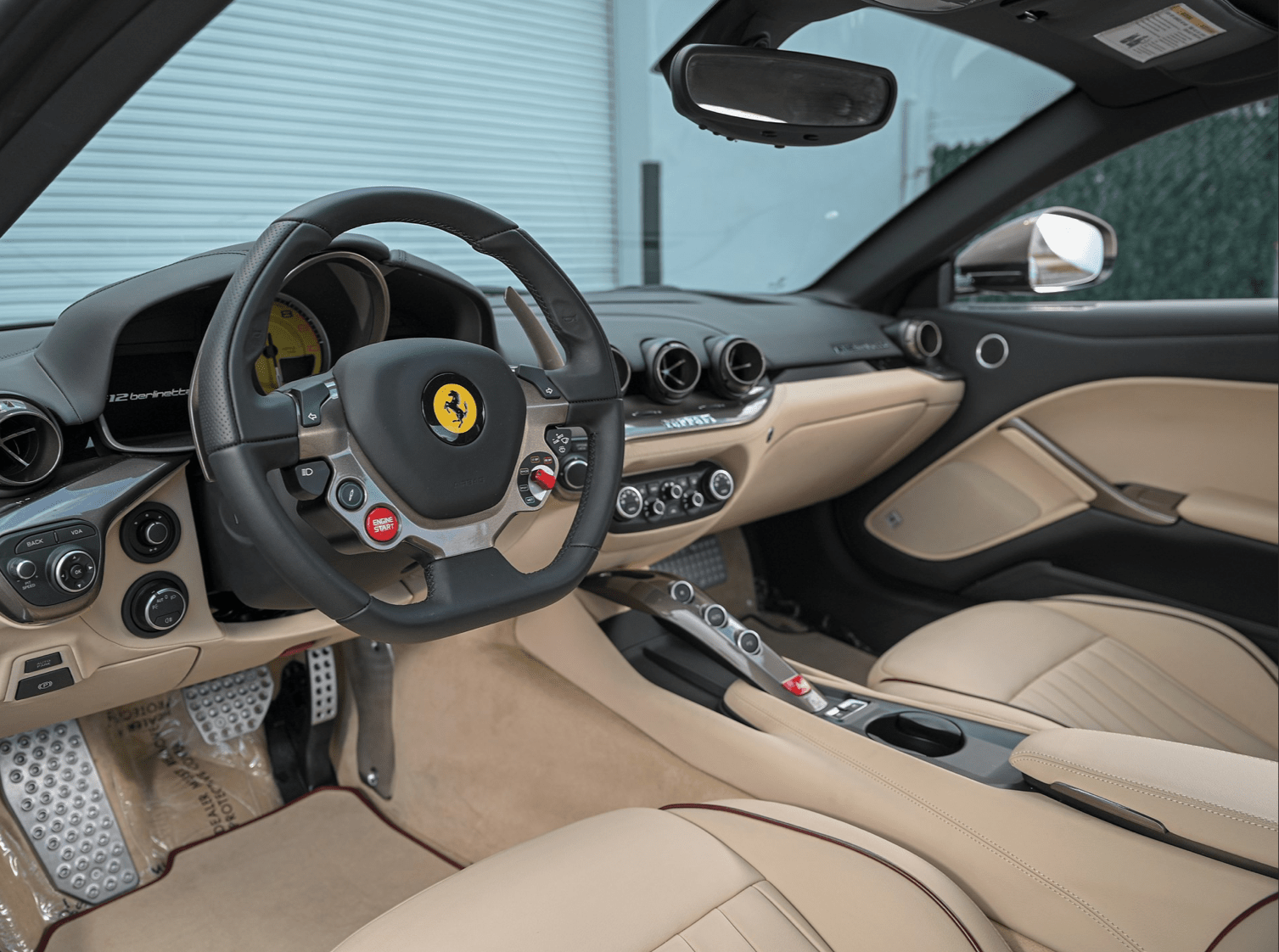 Ferrari essentially invented and the V12-powered two-seat berlinetta and made it the marque’s flagship model type for 25 years. The last of the classic generation was the 365 GTB/4 Daytona that ended production in 1973. Abandoning the form for mid-engine flat-12 powered cars for the next 20 years, Ferrari revived it in 1996 with the 550 Maranello. It has never looked back.

For its 70thanniversary in 2017, Ferrari offered its five model lines. With it, comes a choice of 70 classic liveries inspired by historic models. Each of the 70 liveries could be ordered for just one of each of the five models. Due to this, there was a total of 350 cars – so, no two cars alike. It’s not too hard to see that some collectors will try to gather “five of a kind” – one of each model in the same livery.

Inspiration for the “Grand Tourer” livery came from the Ferrari 250 Europa Vignale coupe that was displayed at the 1954 World Motor Sports Show in New York. The two-tone exterior puts a roof in Vinaccia over the Marron Fer main color. The chromed grille is also a subtle nod toward the 250 Europa’s chrome trim strip. In the cabin, this special F12berlinetta features the same colors of Creta  leather piped with Bordeaux as the 1954 classic. 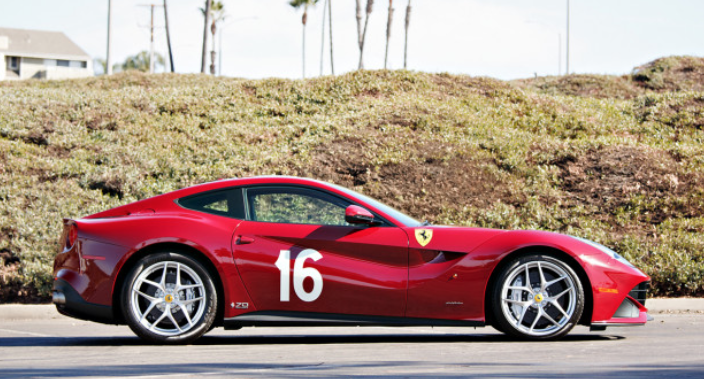 A Night at the Opera

The Ferrari F12berlinetta was the last Ferrari to wear the Pininfarina badge. Even though it was designed in concert with Ferrari Style Centrale, the in-house designer now responsible for all the marque’s models. (Both auction houses credit the F12berlinetta with “coachwork by Pininfarina,” but this is incorrect; Pininfarina ceased building cars and bodies in 2011).

Squint, and you can see elements of past Ferrari berlinettas. Although you’d be hard pressed to apply the term “retro”. Beneath that long hood beats the heart and soul of Ferrari in many eyes, a naturally aspirated V12. This 6.3-liter engine belts out 731 horsepower at 8,250 rpm and 508 lb/ft of torque at 6,000 rpm.

Yet, with 80 percent of its peak torque at a low 2,500 rpm, the F12berlinetta delivers thrills the moment you leave the driveway. The engine’s redline is a heady 8,700 rpm, and, approaching it issues a sound Car & Driver described as a “metal-melting aria”.

The operatic analogy seems appropriate for the heroic performance unleashed by the F12berlinetta, which will do 0-60 in about three seconds flat. Motor Trend ran one down the quarter-mile in 11.1 seconds at 131.7 mph. Top speed is 211 mph. The seven-speed dual-clutch transmission cracks off lightning-quick shifts whether operated by the steering wheel paddles or left in automatic mode. 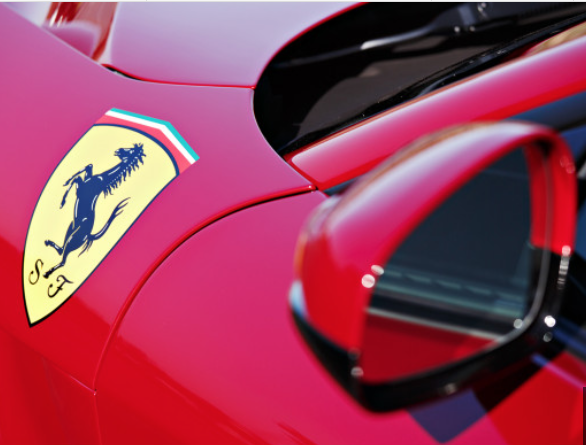 Ferrari calls the chassis layout “front-mid engine,” because the V12 is mounted far behind the F12’s front-wheel centerline. As in all Ferrari V12 berlinettas since the 1964 275 GTB, the transmission is mounted at the rear in unit with the differential. As a result, this “front” engine car puts a very useful 54 percent of its two-ton mass over the rear wheels.

The chassis is fortified with Ferrari’s arsenal of handling helpers, including the E-Diff3 electronic limited-slip differential, F1-Trac traction control, magnetorheological dampers, carbon-ceramic Brembo brakes and huge Michelin Pilot Supersport tires. The driver of course can influence handling performance by using the Mannetino switch on the steering wheel. There are five settings – Wet, Sport, Race, CT Off and ESC Off. 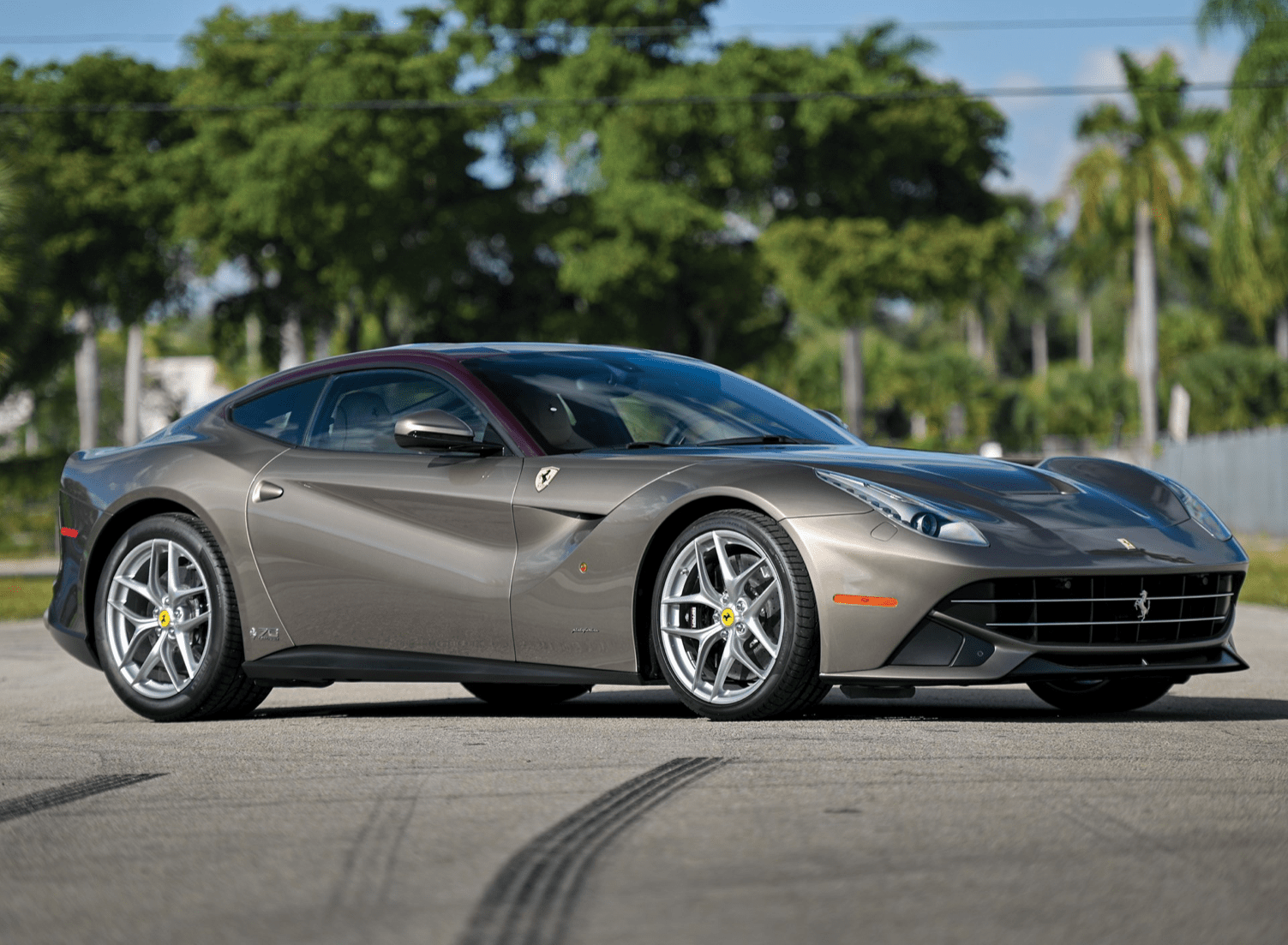 Most critically, the Ferrari F12berlinetta transcends the sum of its many amazing parts. Writing in Automobile Magazine in July 2012, Jason Cammisa summed up this modern classic thusly:

“The F12 might be Ferrari’s fastest car ever, but more important, it’s the most fun Ferrari in years. Slap on a grin and hop on in; this is a rolling festival of perfection; a glistening red celebration of beauty, performance, and involvement that shames the all-new Porsche 991-chassis 911, the Lamborghini Aventador, and everything between”.

Add a Ferrari F12berlinetta to your collection, and slap on a grin.