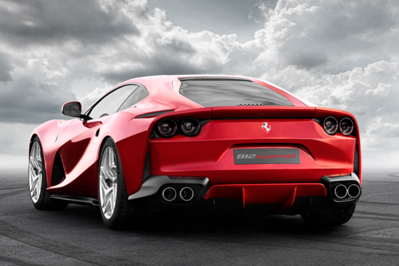 While the future of automobile acceleration performance dominance seems to favor battery vehicles or hyper-hybrids, Ferrari is one marque that’s not about to let pure internal combustion go gentle into that good night. On February 16, Maranello made that very clear with the introduction of the new 812 Superfast. A successor to the F12berlinetta and F12tdf, the 812 Superfast is a front-engine, 12-cylinder salute to the company’s 70th year of making automobiles. And there’s nothing gentle about it. 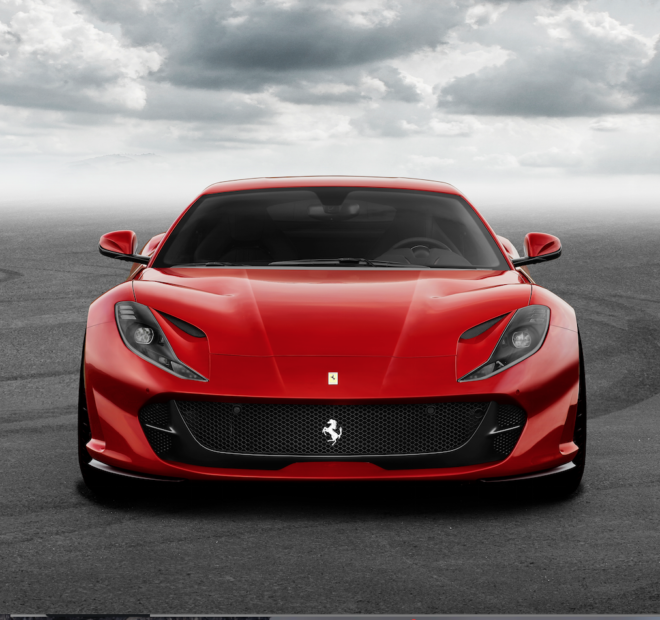 Attaching the name “Superfast” to a Ferrari might seem both quaint and superfluous in the year 2017. Even the “entry” Ferrari, the California T, is “super fast” with a top speed touching nearly 200 mph. Ferrari, though, is celebrating its 70th birthday, and since it has been reaching into its past to resurrect classic badges, the Superfast name seemed too good to ignore.

Interestingly, Ferrari’s press release for the 812 Superfast makes no mention of the name’s origin. It was of course, first used on the 1964 500 Superfast, the ultra-exclusive top model based on the 330 GT chassis but with an exclusive 400 hp 5-liter V12. Ferrari made just 37 through 1967. Ferrari did invoke the revered 365 GTB/4 Daytona, however, comparing the 812 Superfast’s “high tail” profile to that model. 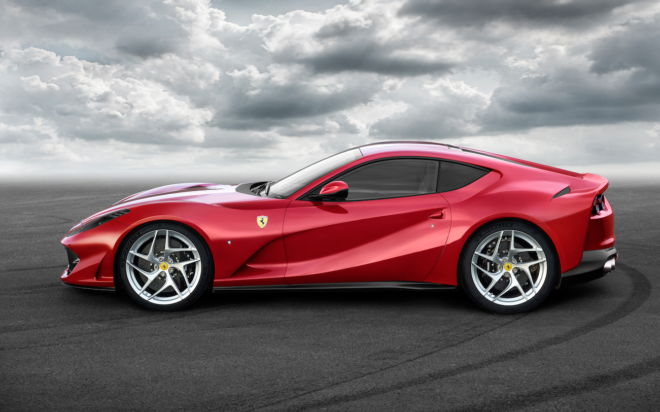 It’s been two decades since Ferrari put its mid-engine, flat-12 F512 M out to pasture. While the marque retained the mid-engine layout for its supercar series, including the most recent edition, the La Ferrari, the top 12-cylinder model in the “regular” line have been front-engine designs since the 1996 550 Maranello.

More accurately, the front-engine Ferrari berlinettas have been “mid-front” engine layouts, with the V12 installed behind the front wheel centers. The 2018 Ferrari 812 Superfast keeps with that tradition. It also keeps with another tradition: natural aspiration. While the Ferrari V8s have gone to twin turbos, the V12s breathe on their own.

Having no turbos, of course, means that turbo lag never enters the conversation, and that the V12 gets to bellow, howl and shriek unhindered by the muffling effect of turbos.

Ferrari says it tweaked its 7-speed dual-clutch transmission for even shorter shift times. Was that even possible? 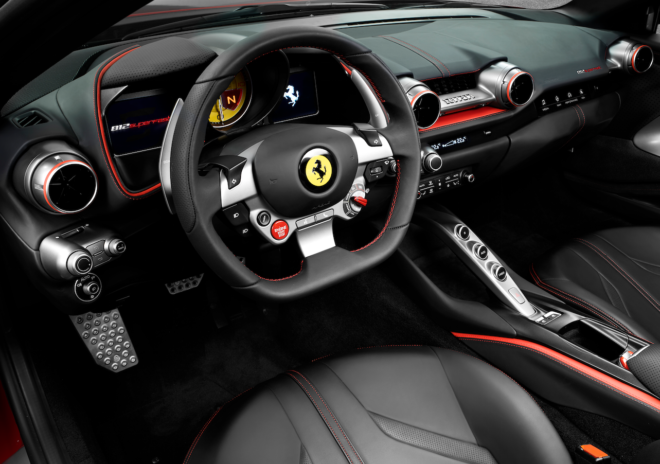 It Sure Looks Super Fast

While the 812 Superfast certainly continues a design theme seen on the F12 models, looking dead on at the front, one can see a Corvette-ish look. Well, the Corvette Sting Ray may have lifted from some Ferraris, so fair is fair. At the rear, the 812 Superfast sports the dual taillight look seen on the GTC4Lusso models.

The Ferrari 812 Superfast owes some of its super-fastness to the marque’s unrelenting quest for aerodynamic supremacy. Ferrari has not released all details on that, but does call attention to “a cluster of aerodynamic solutions including active flaps at the front of the underbody” and “the rear flank which features an unprecedented aerodynamic by-pass to increase downforce.” 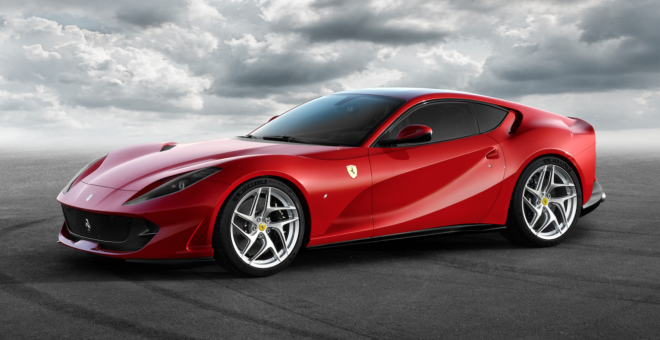 Cockpit for a Flying Car

Ferrari owners will find a fairly familiar look inside the 812 Superfast, although Ferrari says the design has been updated to be in line with “the more extreme exterior.” Everything you see and touch is new, and Ferrari promises “the latest infotainment and air conditioning units.”

The list to add a Ferrari 812 Superfast to your stable is probably already filling up, as the marque’s top customers would likely have already been shown the car. That means, of course, that the supply of available pre-owned 599 and F12 models may be growing in the near future.