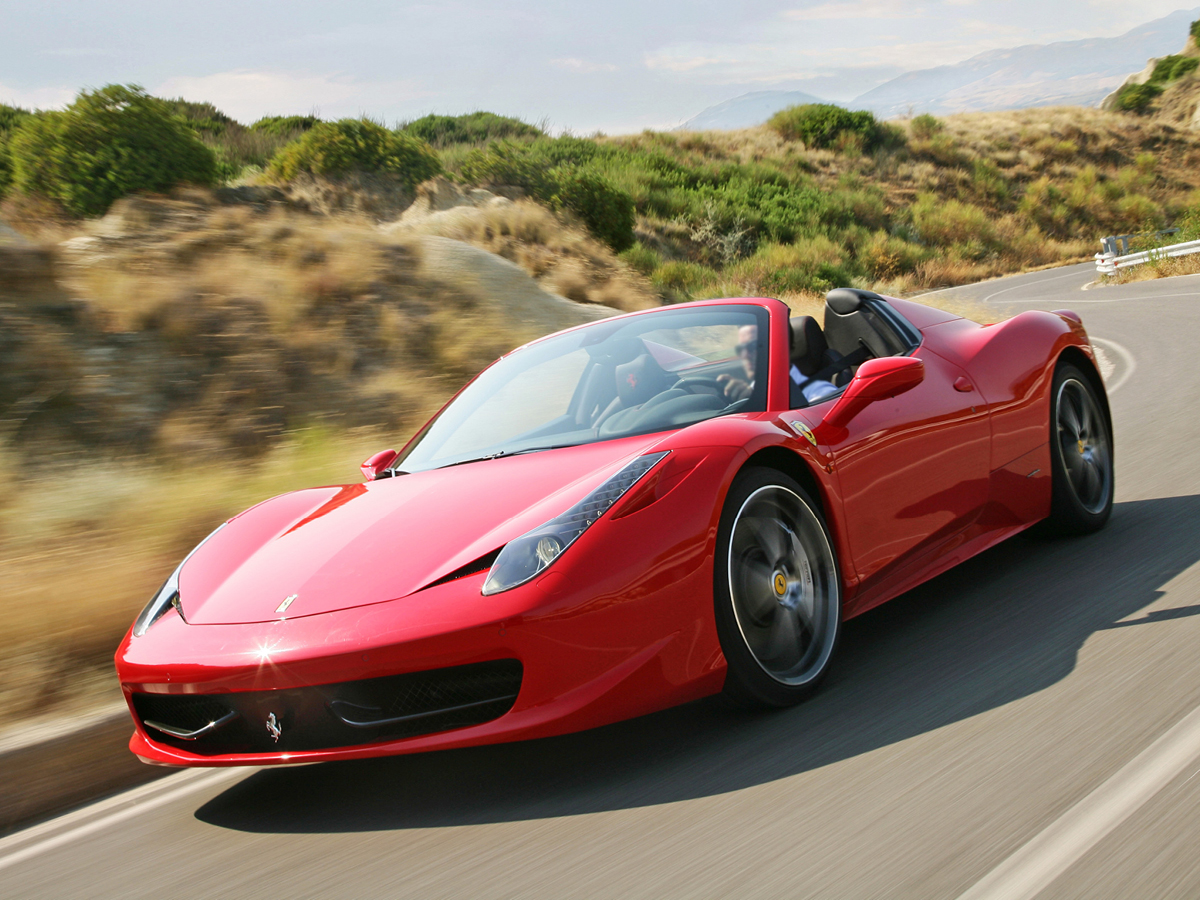 A modern classic open to possibilities

It is no disrespect at all to say that, when Ferrari introduces a new mid-engine Berlinetta, the anticipation level immediately rises for the drop-top Spider that inevitably follows a while later. That’s just the way things go with sports cars in general, and in truth, both body styles have their ardent fans.

Ferrari had built waiting list for the 458 Italia introduced for 2010, and had no trouble doing the same when it showed the open version, the 458 Spider, at the 64th Frankfurt Auto Show in September 2011.

More than a decade after its introduction, the open-top Spider now deserves a look-back.

It would be difficult to overstate the positive reaction to the Ferrari 458 Italia and the Spider that followed. The Robb Report named the 458 Spider “Best of the Best 2012” in the convertible category.

These were the marque’s last naturally aspirated mid-engine V8 models. And, while the heart of the Spider was of course its 4.5-liter aluminum V8, one must simply start with the top, which brought a happy surprise.

With the 458 Spider, Ferrari opened a new era in its Spider tradition, using a retractable hardtop instead of a folding soft top. Four decades after Ford introduced the first power-retractable hardtop in a regular-production car with the 1957-1959 Skyliner, Mercedes-Benz instigated global popularity for this roof type with the SLK roadster. A wave of modern “retractables” followed, from Chrysler Sebrings to, well, Ferraris. The main benefit over a soft top is coupe-like comfort and security, and, in the Ferrari 458 Spider’s case, a distinctly different style from the coupe version with the top down.

The 458 Spider promised and delivered instant (or nearly instant) gratification. At the touch of a button, the rear tonneau cover raises, and the top separates into two panels as it rises and pivots rearward. The segmented roof panels then stack themselves in a compartment behind over the engine, and the tonneau cover closes. The entire mechanical ballet takes just 14 seconds.

With its top lowered, the 458 Spider strikes an especially racy profile, with the flying-buttress styling also seen on Ferrari’s limited-production 599 SA Aperta. For the 458 Spider, Ferrari said the buttresses helped to optimize airflow to the engine intakes, as well as to the clutch and transmission oil coolers.

Mindful that many customers did not like to get their hair blown in their faces, Ferrari gave the 458 Spider a power-adjustable wind-stop to mitigate air turbulence in the cockpit. The feature was also said to keep wind noise low enough to enable normal conversation, even at higher speeds.

With the top up, the slightly altered side window profile and crease line in the 458 Spider’s roof are tip-offs that this is the open model. To accommodate the stowed top, the 458 Spider sacrificed the 458 Italia’s glass engine cover for the solid tonneau lid. It was a small price to pay for top-down bliss.

In all other respects, the 458 Spider inherited its performance credentials from the Italia. The direct-injection 4.5-liter V8 produces 562 horsepower, which is channeled to the wheels through the seven-speed dual-clutch automatic transmission.

The engine delivered its 398 lb-ft torque peak at a fairly high 6,000 rpm. With 80-percent of that figure at just 3,200 rpm, the 458 Spider was highly responsive even in lower-speed everyday driving.

As the highly anticipated successor to Ferrari’s F430 model series, the 458 Italia and Spider delivered stunning performance: 0-60 in about three seconds and a top track speed of about 200 mph. The naturally aspirated engine could rev to 9,000 rpm, delivering a spine-tingling exhaust note on its way there.

The Moves of A Spider

The 458 Spider also carried over all of the racing-derived chassis technology proven in the 458 Italia, including the E-Diff integrated with F1-Trac traction control and high-performance ABS. As in the 458 Italia, the 458 Spider driver used the manettino dial on the steering wheel to select the level of handling response desired.

While the 458 Series has been surpassed in raw performance – as is typically the case when a new Ferrari arrives – it has remained in extremely high esteem among the marque’s faithful. A decade after its introduction, the Ferrari 458 Spider remains one of the most desirable open Ferraris ever offered. The only thing missing today are the waiting lists. Summer’s just around the corner. Could you use a little Spider in your garage?