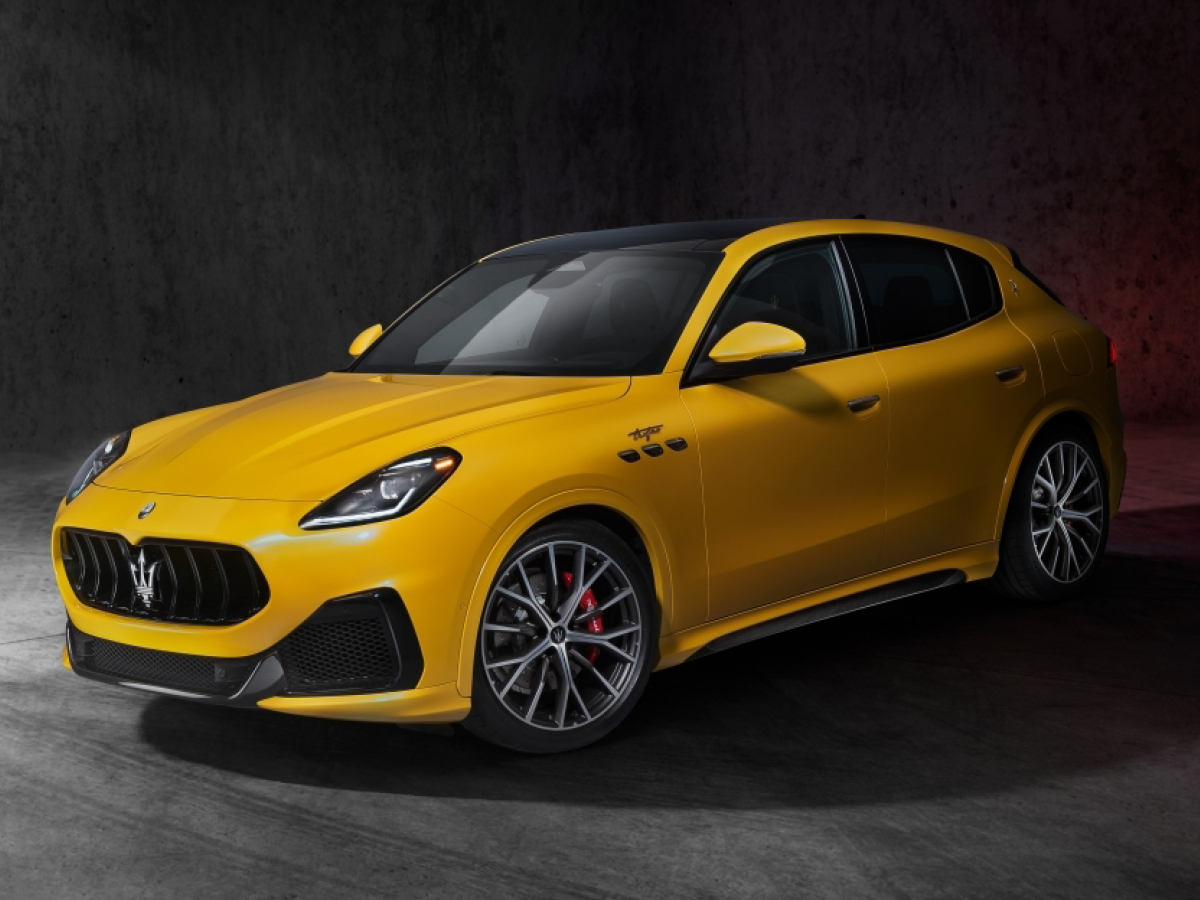 Maserati is starting to cook with electricity.

It’s déjà vu all over again as we look at a second Maserati in the span of two weeks. The latest follows the arrival of the MC20, the marque’s first high-performance mid-engine sports car since the Bora of the Seventies.

Let’s make that a triple play; we’re adding a bonus model in this installment. Maserati could use the love. The company’s global sales have been in the doldrums for the past few years, after hitting a high mark of 51,000 in 2017. Most of those were for the first-ever Maserati SUV, the Levante. And now comes its second SUV, the Grecale.

Reaching back to Maserati’s fondness for cars named for the wind (Mistral, Ghibli, Bora, Merak, Levante), Grecale is a northeastern breeze off of Sicily, originating in Greece.

Maserati expects the Grecale to account for 40 percent of its U.S. sales. Are winds of fortune blowing for this legendary Italian marque again?

Gone with the Wind

As a reminder that time is fleeting, the Maserati Levante has been with us for six years. The Grecale is smaller than the Levante, though according to initial media road tests it is quite roomy inside. At 190 inches long on a 114-inch wheelbase, the Grecale is a bit larger than the Porsche Macan and Jaguar F-Pace.

The Grecale starts right around $65,000 which about ties with the Macan S. The Porsche, though, has a nearly 100-hp advantage in that matchup. You can make your own comparisons, but, it’s the top-tier Grecale, called Trofeo, that you’ll probably want.

The Grecale looks the part of a Maserati. There’s no missing that big, wide maw with the gleaming Maserati trident symbol at the front. Beneath the flowing sheetmetal, the Grecale shares its basic elements with its smaller cousin in the Stellantis family, the Alfa Romeo Stelvio. They share base-trim level engines, for example.

In the base Grecale trim, called GT, the 296-horsepower 2.0-liter turbocharged four-cylinder engine is teamed with a 48-volt starter/generator. This is a “mild hybrid” setup that adds a little extra kick under acceleration. The first trim level, called Modena, boosts output of the same engine to 325 hp.

All Grecale models are equipped with an eight-speed automatic transmission and all-wheel drive. The usual P-R-N-D selections are made via touch-sensitive buttons rather than a conventional shifter, and there are steering wheel paddle shifters for going through the eight gear ratios when desired.

While the Grecale is not aimed at trail mavens, its optional air suspension can be set to raise ground clearance by a little over an inch. But really, who’s taking a Maserati into the woods?

Things get more serious – and seriously more fun – with the high-end Grecale, called Trofeo. This is the prize. The Grecale Trofeo has something very special lurking beneath the hood, a version of the “Nettuno” twin-turbo 3.0-liter V6 that debuted in the MC20 sports car (and not shared with Stellantis partners). In the new SUV, it is tuned to produce “only” 523 horsepower versus 621 in the MC20.

The performance should be pretty spectacular anyway, with Maserati claiming 0-60 in 3.6 seconds and a 177-mph top speed. For the record, that’s essentially identical to the performance Jaguar claims for the F-Pace SVR, which uses a supercharged V8.

Maserati equips the Trofeo for max-performance action, including air suspension with adaptive dampers, and 21-inch wheels with larger brakes than the other Grecale models. Early drive reports confirm Maserati has done its homework on suspension tuning for maximum fun.

The Grecale cabin exemplifies Maserati’s penchant for blending the latest tech with “old world” ambience. The overall look is modern and clean, with one digital screen mimicking traditional gauges for the driver, and a larger central screen to control the audio, HVAC, navigation, and perhaps even your moods.

Even the traditional looking clock is digital, letting you choose different faces for it, just for fun. Early reports praise the quality of materials and details, something that should please Maserati buffs.

There’s another version of the Grecale coming for 2024, called “Folgore.” That’s Italian for lightning, and the badge will signify fully electric versions of all Maserati’s vehicles, including the MC20, promised by 2025. (Maserati also announced that it would be the first Italian carmaker to compete in the Formula E electric open-wheel race series.)

The first to arrive with be the GranTurismo Folgore, which Maserati says will use three motors to produce 1,200 horsepower. Maserati claims 0-60 in under three seconds and a 186-mph top speed for the stunning new coupe. (Joe Walsh may need to alter lyrics in his 1978 hit song for the occasion.)

The GranTurismo Folgore previewed in official photos still showed some body camouflage, so take heart that the finished car will look even better. Now might be a good time to plan on installing that Level 2 charger in your garage.