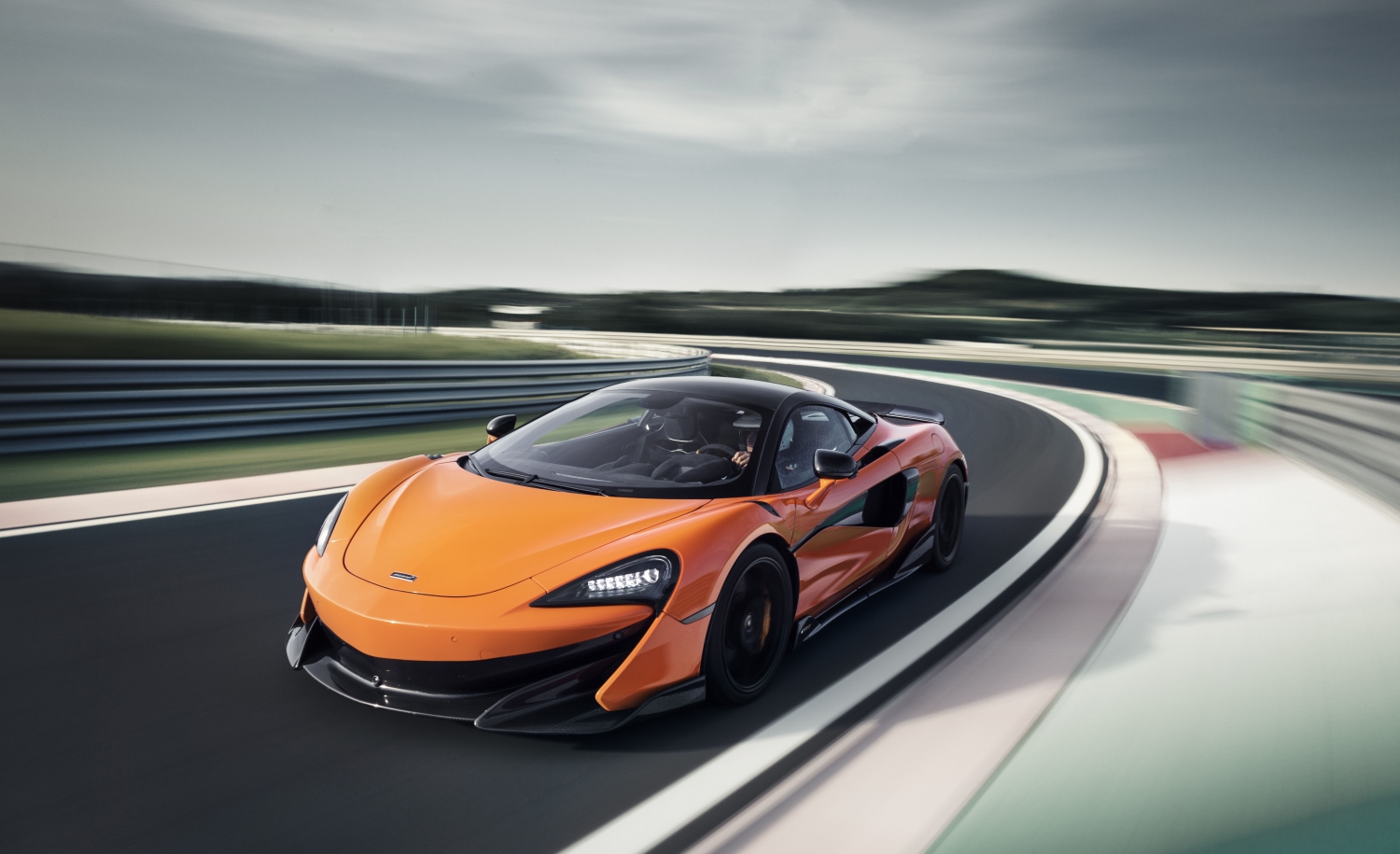 Racer for the Road

Some carmakers offer “track packages” to make their cars more attuned to the rigors of an afternoon of track driving. Others, including McLaren, seem to offer street-legal cars that are more like racecars with “road packages” to make them more amenable for driving to and from the track. The McLaren 600LT is that kind of car.

When the car in question is painted in special-order Vega Blue and equipped with the McLaren Special Operations (MSO) roof scoop, the appearance alone might be enough to scare the competition. The McLaren Track Telemetry option is icing on this very tasty multi-layer automotive cake, which just sold for $251,100 at the Bonhams “Supercars on Sunset” sale in Los Angeles on April 10. The sold car had under 1,000 miles.

Here’s a closer look at this track and road star.

Rooted in the racecar constructor founded by New Zealand racing hero Bruce McLaren, who with Chris Amon won the 24 Hours of Le Mans in Ford’s GT40 Mk. II, McLaren Automotive was born with a heritage of road cars built for the track.

Before New Zealand racing hero and championship constructor Bruce McLaren died in a crash while testing one of his own racecars, he had been driving the marque’s fuirst attempt at a road car, the M6GT. Intended to be the world’s fastest road car more than two decades before the mighty McLaren F1 put tire to pavement, the M6GT was based on the M6 Can-Am racer. Premier Financial Services has in the past leased one of the three M6GTs built.

While all McLaren models today could be taken to the track, “Longtail” models like the 600LT are engineered mainly for track capability, sacrificing some comfort. The Longtail name is an homage to the 1997 McLaren F1 GTR racecar, which used a longer body for enhanced aerodynamic performance. The combination of reduced weight, increased power and greater aerodynamic downforce make the 600LT a formidable lap machine that does not require trailering to the track.

Is the 600LT’s tail really longer than the 570S from which it evolved? Well, the new aerodynamic pieces add 1.85 inches at the back and a fraction more than an inch up front. So, it doesn’t really look longer. But, heritage rules the naming process, so there you go.

The “600” in the 600LT’s name reflects McLaren’s use of the engine’s power output as a model badge. In this case, the 3.8-liter twin turbo V8 engine produces 600 PS, meaning metric horsepower. It works out to 592 hp in American terms, but “592LT” doesn’t make as compelling a name.

Among the long list of options ordered for the McLaren 600LT sold by Bonhams at “Supercars on Sunset” auction was a carbon fiber roof and carbon fiber roof scoop. The latter feeds the engine intake at track speeds, boosting intake noise as a bonus. To some, it also looks “rad,” “fire” or “groovy,” depending on your age.

The engine teams with a 7-speed dual-clutch transmission, and the combination yields a startling 2.9-second 0-60 time, a 10.4-second quarter-mile and a 204 mph maximum track speed. The 600LT sounds like 200 mph no matter how fast you’re going, thanks to the top mounted exhaust outlets, a feature also seen on the Porsche 918 Spyder.

While the 600LT does not have a big increase in power over the McLaren 570S, it does have a big drop in weight, 220 pounds to be precise. At just 2,989 pounds with all fluids and the fuel tank 90-percent full, the McLaren 600LT is a super lightweight. For context, a Porsche 718 Cayman base model weighs just over 3,000 pounds.

The 600LT’s suspension has been lowered and stiffened compared to the 570S, and the 600LT also has a wider track. It’s no surprise that carbon ceramic brakes and ultra-lightweight wheels with Pirelli Trofeo R tires would come standard on this track-focused machine.

The original buyer of the featured 2019 McLaren 600LT went all-in on track equipment, outfitting the car the optional diamond cut-finish wheels and McLaren track telemetry package with cameras. The vehicle lift, front and rear parking sensors and rear camera would be considered a must on this super-low car.

The mostly Alcantara interior was ordered in Carbon Black and Midnight Blue and augmented by numerous carbon fiber accents. There was plenty of comfort added, too, including heated and electric memory seats, navigation, air conditioning, soft close doors and the Bowers & Wilkins audio system. So, this one probably was not the lightest 600LT around, but with 592 horsepower, you probably would never notice.

As long as there are racetracks, there will be McLarens built to conquer them.