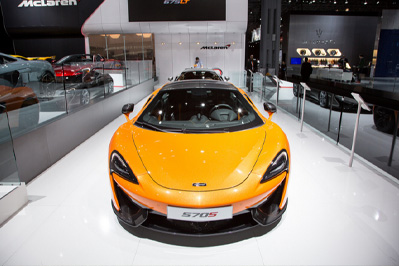 Unless you attended its unveiling at the New York International Auto Show in April, you may not have been formally introduced to the new 2016 McLaren 570S. Let us help you get acquainted.

Designed and manufactured by the incredibly talented team at McLaren Automotive, the 570S has a lot riding on its forged alloy wheels and Pirelli tires. The high expectations for the model come straight from McLaren, who is predicting it will triple the company’s sales in as little as five years. And after seeing the specs and design for ourselves, we’d have to agree.

Boosted by a twin-turbo 3.8-liter V8 that is a close cousin to the engine used in McLaren’s 650S and P1, the 570S summons 562 horsepower and 443 lb-ft of torque from its rear-mounted engine. What will this mean in terms of speed? Well, if topping out at 204 mph and reaching 0-62 mph in 3.2 seconds makes your eyes flutter a bit, then consider yourself among the majority. How quickly it gets there, however, depends on how ably the 7-speed dual clutch gearbox is handled – but we’re certain you’ll get the hang of it quickly. 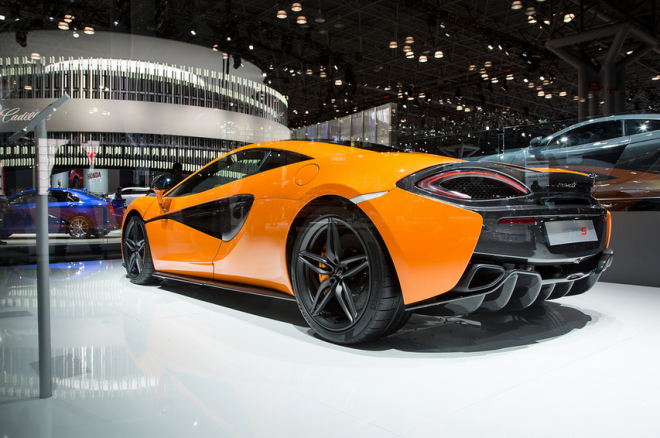 While its speed is only a shade slower than the McLaren P1, the 570S’ carbon ceramic brakes provide plenty of stopping power. Yet, this car is all about what’s ahead, making hovering over the brakes the last thing on your mind, particularly as you test the Sports Series model suspension, which features independent adaptive dampers, front and rear anti-rollbars and dual wishbones. Upon its release, however, purchasers will have the option of choosing between Normal, Sport and Track suspensions. 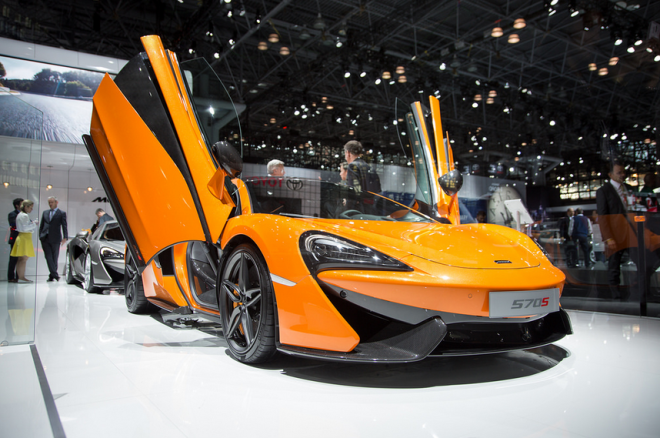 On the outside, the 570S appears almost science fiction, but McLaren made sure everything on its new model was purely fact, and only added to the vehicle’s performance. When air pushes against the model’s nose, it’s quickly rearranged both through and over the model seamlessly, either injecting itself into the set of vanes and ducts on the grill and rear, or slipping effortlessly above to keep it firmly planted on the road. The aerodynamic design is important, as the 570S comes in dry at 2895 pounds – 58 percent of which is placed exclusively over the rear wheels. Consisting of aluminum rendered body panels and doors, access to the 570S’ cabin has never been easier, thanks to lower, slimmer sills that complement the newly calibrated entryway with its smooth upward swing. 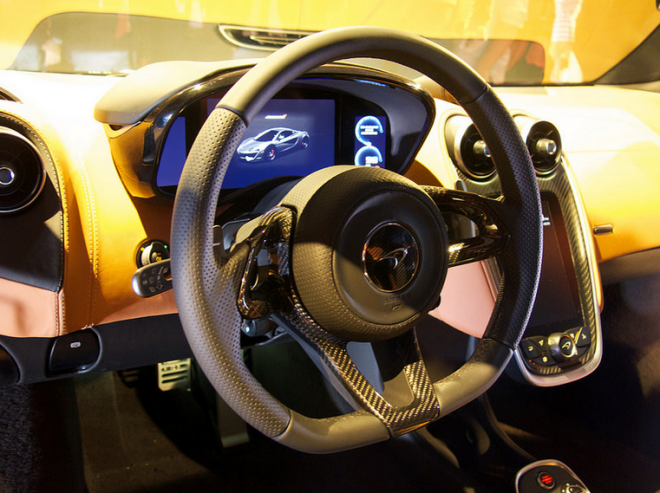 Inside, McLaren’s 570S combines everyday usability with high-end equipment that makes sense for the model. Boasting a sizable TFT instrument panel and 7-inch infotainment display which are easily accessible from the extended leather-upholstered seating, the Sports edition also claims to offer best-in-class luggage capacity. Nevertheless, you’ll likely be far more interested in pumping up your driving experience with its 12-speaker Bowers & Wilkins premium audio system to even think about dampening the sound with unnecessary baggage.

Coming in at an estimated $185,000, the 570S puts itself in the category of “more easily attainable” for modern sports car lovers everywhere. In fact, many enthusiasts are already getting their pens ready to sign up for a McLaren lease ahead of it being made for sale. Want to know how you can get in this beauty yourself? Get in touch with us so we can make it happen.