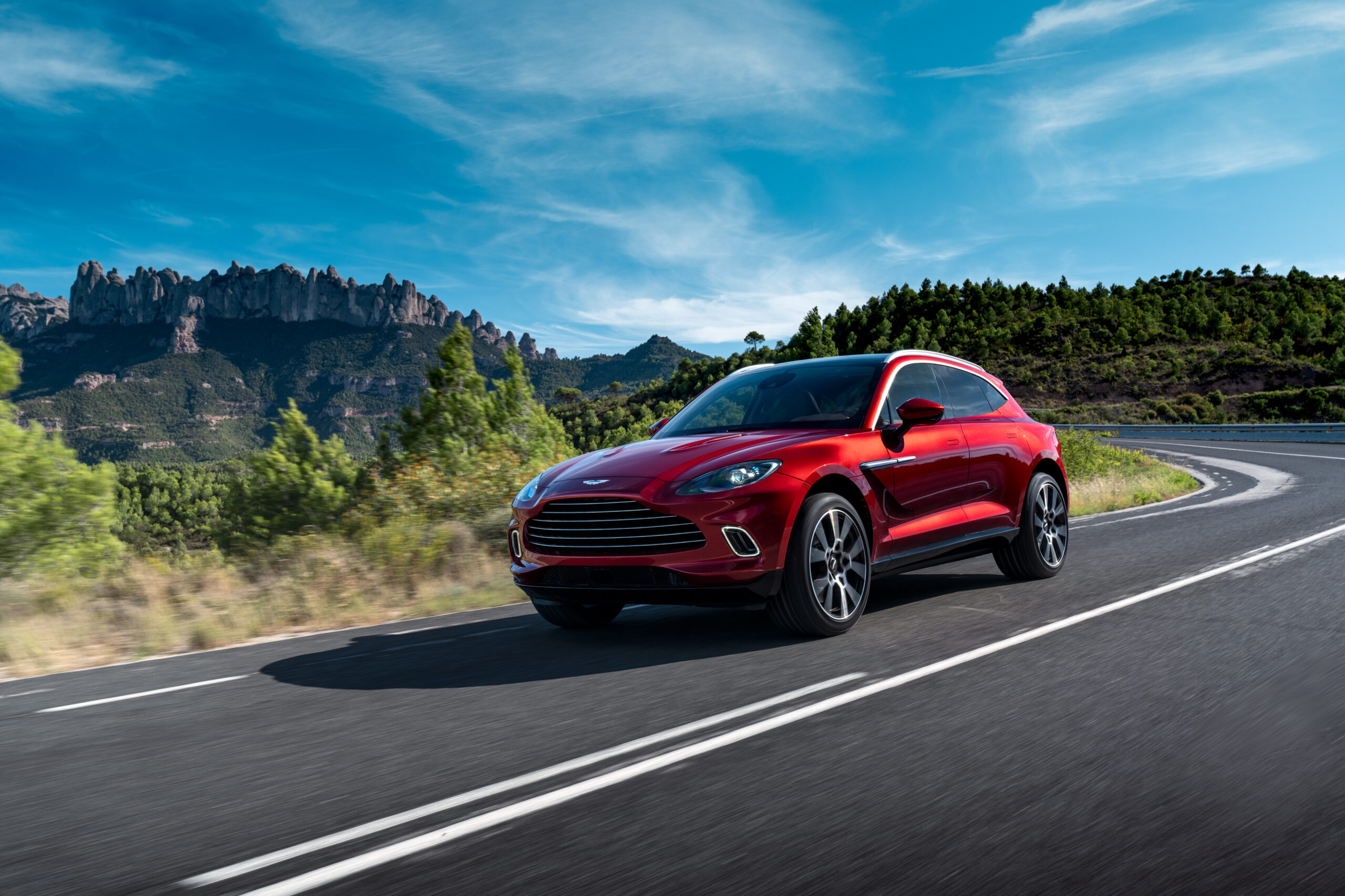 Antidote for the Tesla Cybertruck

Are your eyes still burning from seeing the Tesla CyberTruck? Are you having trouble un-seeing it? Gaze, then, at the Aston Martin DBX, the antidote for Tesla’s weird-for-its-own sake design, and enjoy clear vision again.

The DBX, the marque’s first SUV, has arrived. To be accurate, its photos have arrived. The DBX won’t be here until the second half of 2020. But let’s get right to it: the DBX is a real beauty, the yin to the Tesla CyberTruck’s yuck, if you will. The DBX will start at $189,900 when it arrives, plus about $3,000 for destination. 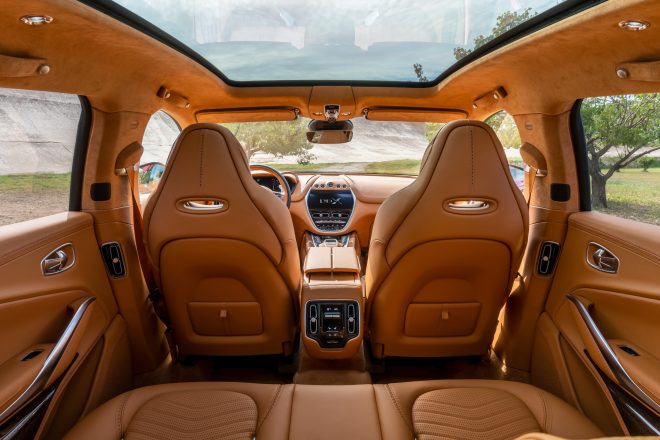 Aston Martin bills the DBX as “an SUV with the soul of a sports car.” We’ve seen this movie before, of course, most notably from Porsche with its Cayenne. Remember the outcry over that one? And yet, not only did the world keep turning, but SUVs became Porsche’s best-selling vehicles. Now, we’ve got SUVs from Alfa Romeo, Bentley, Lamborghini, Maserati, and Rolls-Royce, with Ferrari soon joining the club.

Aston Martin is projecting annual global sales of 7,000 for the DBX, which would double the marque’s current volume, a similar situation Lamborghini expects for its Urus. Comparisons to that neo-Rambo Lambo are probably inevitable. Both cost about the same to start. The Aston Martin DBX is three inches shorter than the Lamborghini Urus but on a three-inch longer wheelbase.

As far as design, the two are worlds apart. Like Lamborghini’s cars, the Urus relies on lots of straight lines and right angles. Many eyes will agree, meanwhile, that Aston Martin has successfully translated its distinctive, curve-infused design language to a modern SUV form. The horizontal taillights and neatly upturned spoiler are pure art. 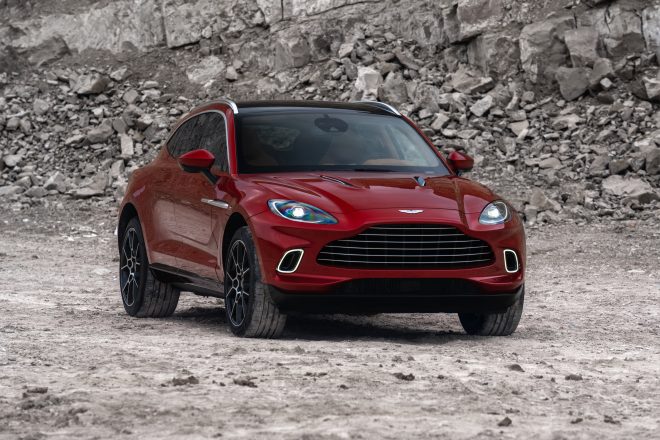 The Family Hauler That Really Hauls

Like the Aston Martin V8 Vantage, the DBX employs the Mercedes-AMG 4.0-liter twin-turbo V8, but making a bit more power here at 542-hp and 516 lb-ft of torque while the its low-slung coupe sibling gets by with 503 hp and 505 lb-ft.

Aston Martin expects the 5,000-poundDBX to accelerate from 0-60 mph in about 4.3 seconds and to reach a 181-mph top speed. That ought to be speedy enough for the first real Aston Martin for the family.

If James Bond ever settles down into domestic life, the DBX would be his car. Bond could even take his brood camping, since the DBX will be able to tow 6,000 pounds.

The Lamborghini Urus’s Audi-based twin-turbo 4.0-liter V8 engine makes 641 horsepower and 627 lb-ft of torque, so the Lamborghini is definitely the quicker of the two. Just for good measure, the Urus can tow up to 7,000 pounds.

There’s more German in the Aston Martin DBX in the form of the Mercedes nine-speed automatic transmission and the performance version of that company’s 4Matic all-wheel drive. The AWD system uses an active center differential to split the torque 47:53 in most driving, and it can send nearly all the torque to the rear axle if traction demands it.

The electronically controlled rear differential (e-Diff) can vary torque side to side. The Aston Martin DBX rides on triple-chamber air springs and uses a 48-volt system to control the anti-roll bars, a technology familiar to Porsche Cayenne owners.

As on other higher-end SUVs, the DBX lets you vary ground clearance, from the standard 7.5-inches to 9.3 inches. Aston Martin boasts a 19.7-inch wading depth for the DBX. Standard fare is a set of Pirelli P Zero summer tires, so if you’re hoping to venture off into field and stream with a DBX, you’ll need to choose the optional Pirelli Scorpion Zero all-season or Scorpion Winter tires for the standard 22-inch wheels. 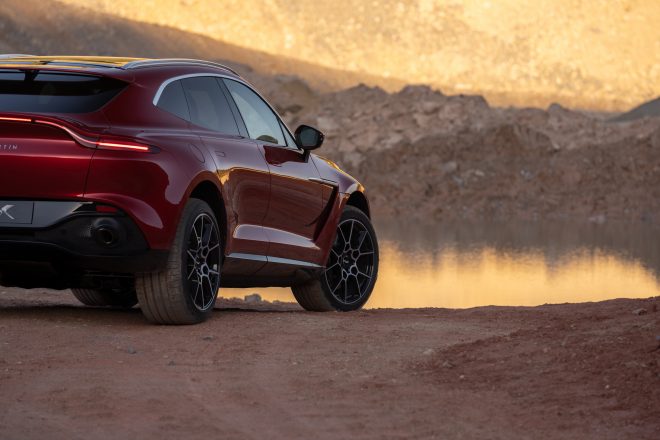 The Aston Martin DBX may be able to haul down the highway, but it will not win trophies for hauling capacity. Behind the rear seats, there’s just 22 cu. ft. of space, and that opens up to 54 cu. ft. with the seats lowered. That’s on par with models down in the Subaru Crosstrek size range. There’s plenty of room in the DBX for a couple of dogs, though, and Aston Martin is offering a portable dog washer on the option list.

The interior finishes include full grain leather from Bridge of Weir. Other materials include genuine wood and metal veneers, along with an available fabric made from 80-percent wool. A full array of multimedia capability also comes courtesy of the Mercedes parts supply, though with Aston Martin graphics.

So, yes, Aston Martin has built one fetching SUV, and we can all be grateful that the company didn’t insist we call it something else, like “hunting car.” And, again, kudos to the design team for making the practical, beautiful.