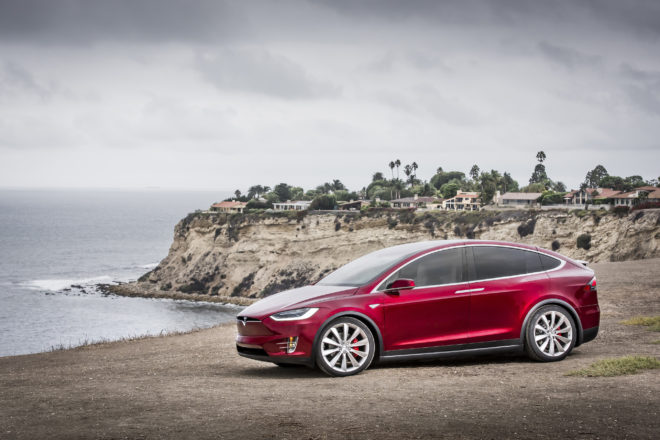 Your Own Mars Rover

Elon Musk, founder of Tesla and Space X, wants to send you to Mars, but not bring you back. It will be a one-way trip. You will make history by dying on the red planet. Sound like a plan?

In the meantime, Musk would be happy to sell you a device for covering long distances on Earth at “ludicrous” speeds, one of Tesla’s two current electric cars, the Model S sedan or Model X SUV. The latter, with its Falcon Wing doors open, looks like it could fly.

Indeed, with the drive system’s “Ludicrous” mode selected, the top version of the big, all-wheel drive Model X, called the P100D, moves like a ground bound jet, going from zero to 60 mph in a mere 2.9 seconds. Its 100 kWh battery pack allows it to keep going (at non-ludicrous speeds) for up to 289 miles.

The Tesla Model X takes aim at the lucrative luxury SUV segment, competing on price and features while out-performing in drag races and, of course, running on pure electric power. Motor Trend called the Tesla Model X “the ute for the lunatic SUV fringe.”

The top version of the Model X, the P100D, starts at $135,500 before tax incentives, including a $7,500 federal tax credit. Tesla recently dropped the Model X P60D, with is 60 kWh battery and 200-mile range, and so the line now starts with the P75D at $85,500 before tax incentives. Next up the ladder is the P90D. The Tesla Model X comes with the expected all-wheel drive traction, but here, it is provided by independent front and rear electric motors rather than a transmission, transfer case, heavy gears and driveshaft. (The “D” in the model name stands for dual motors.)

One of Tesla’s 718 nationwide Supercharger stations will recharge your Model X for free, restoring 170 miles of range in as little as 30 minutes. Home charging takes longer, of course.

The bigger the battery pack, the heavier the Model X, but also the quicker it goes. The P90D adds about 340 pounds over the P75D but shrugs that off with 532 hp and 713 lb-ft of instant torque available in Ludicrous mode. It’s like kicking on an afterburner, but without the exhaust and noise. Ah, and there’s the allure of the electric vehicle. From the Nissan leaf to a maxed-out Tesla, an electric motor delivers max torque immediately. Even a “slow” EV feels quick in everyday driving.

All the expected luxuries are available, and then some. Part of the Premium upgrade package, “self presenting” front doors don’t just unlick as you approach but also open. The same package also includes HEPA cabin air filtration that features a “Bioweapon Defense Mode.” Perhaps that’s a sign that Mr. Musk’s will develop the technology for helping keep Mars explorers alive. 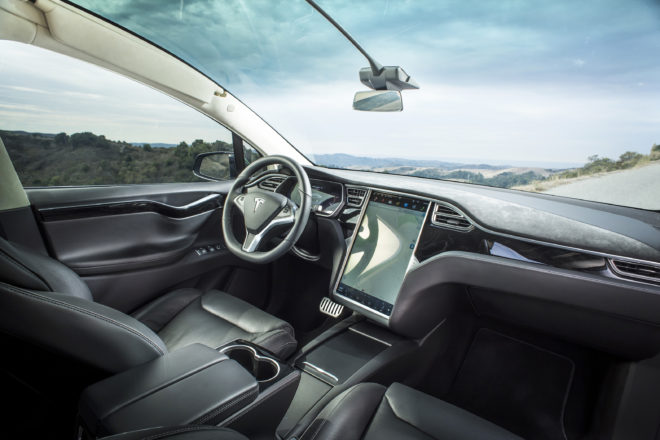 The “V” Doesn’t Stand for Versatile

The Tesla Model X offers 5-, 6- or 7-seat configurations. Take note: the middle row seats do not fold but rather just lean forward, and the Falcon Wing doors preclude roof-mounted storage racks, reducing the versatility one usually expects in an SUV. An optional accessory hitch can carry items off the back, and the Tesla Model X is rated to tow up to 5,000 pounds. 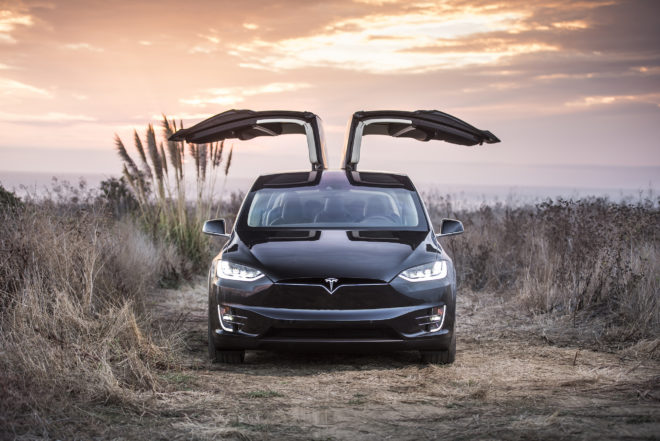 Media outlets and customers have reported problems with the Model X’s Falcon Wing doors, and Musk did not mask the issue. At a Tesla shareholders’ meeting in June, he admitted the problems stemmed from “hubris” in trying to cram as much tech as possible into one vehicle. A software download was issued to correct glitches.

Tesla says the doors require just a foot of clearance on either side, and that they allow easier access than regular doors or minivan-type sliding doors. One can’t help think, however, that the designers were more influenced by “Back to the Future” than by practical concerns.

Tesla also boasts about the Model X having the “largest all glass panoramic windshield in production, providing an unparalleled view of the stars and sky above.” Motor Trend says you’ll be scrambling for ways to block the sun. 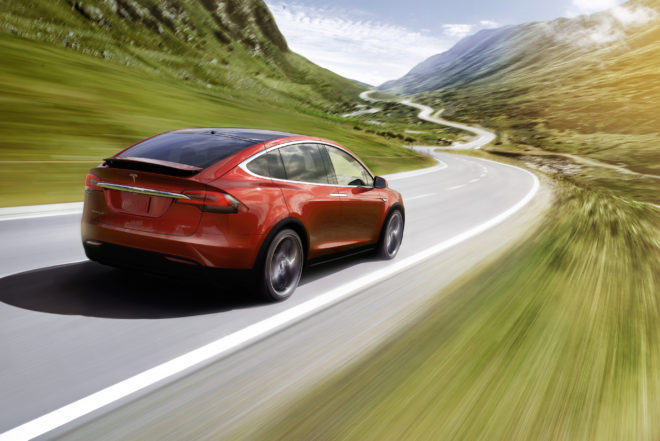 Auto Pilot is Not Sully

Speaking of things from the future, the Tesla Model X offers the company’s much ballyhooed Auto Pilot system. Tesla says the tech can automatically pilot the vehicle at highway speeds and in stop-and-go traffic, even steering around curves and changing lanes. The “Summon” feature can open your garage door, back the Model X out, close the garage door and open its own doors for you.

You may have read news stories about Teslas involved in crashes. The company calls Auto Pilot a “convenience feature” and says the driver is ultimately responsible for controlling the vehicle. That probably goes for the Mars spaceship, too.