Even compared to the Pebble Beach Concours d’Elegance, The Quail is Monterey Car Week’s most exclusive event. Every year, Bonhams joins the car show with a similarly prestigious auction. Many of the cars consigned have, or may soon find themselves vying for ribbons on the Pebble Beach green. A star of the show, the 1948 Talbot-Lago with one-off coachwork by Saoutchik, is one such motor destined for greatness.

A painstakingly curated group of over 100 fine automobiles are set to be sold at The Quail, so be sure to make room in your itinerary for the auction. Premier’s Team of leasing experts follow The Quail, and all the Monterey auctions, religiously. Here are a few of their favorites from Bonhams’ Monterey docket.

Keith Neelans, Our Northeast Sales Manager and resident Porschephile, has chosen the 1958 Porsche 356A at Lot 25. Light and inexpensive, the 356A Speedster was a favorite among racers then and a is favorite of collectors now. This example was dissembled in 1972 and not rebuilt until 2014 when a new owner commissioned an exacting, three-year restoration.  A fresh coat of Silver Metallic paint and reupholstered red leatherette makes for a stunning show car already honored at multiple Concours. 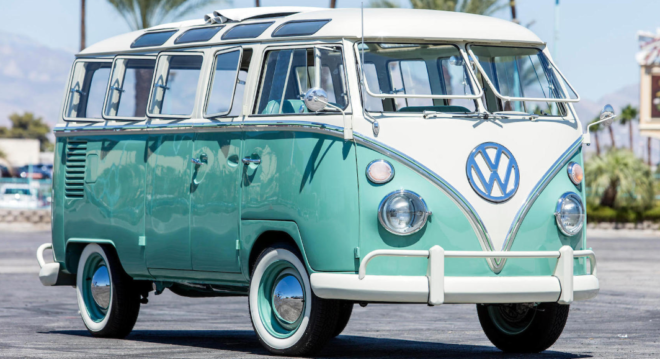 Michelle Yancey, our Southwest Sales Manager, loves the 1966 Volkswagen Type-2 at Lot 6. The Samba was the most luxurious Volkswagen Bus available and, with its two-tone paint and massive chrome logo, easily the most recognizable. Seating 8 under a fabric sunroof with 21 panoramic windows, the Samba was perfect for road trips. It shared the same 39hp engine as the Beetle, making light work of most inclines. This example is dripping nostalgia with a two-tone mint interior and matching luggage set.

Chris Warren, the Southeast Sales Manager for Premier, has his eye on the 2015 Porsche 918 Spyder. Following in the footsteps of the Carrera GT and 959, the 918 outperformed its peers by many metrics, including a headline-grabbing 2.2 second 0-60. The Spyder located at Lot 35 is one of less than 100 U.S. cars with the desirable “Weissach” package, a desirable option that decreases weight. On the practical side, this Porsche includes a front-end lift system to avoid bottoming out on speed bumps and small pebbles.

The 1953 Siata 208s Spider at Lot 44 has caught the eye of Juan Garcia, West Coast Sales Manager for Premier. Siata was an Italian manufacturer of performance parts for FIAT before making its own FIAT-based automobiles. The 208 was arguably the most attractive of their line,  boasting light aluminum coachwork by Motto. A small, well-tuned V8 and four-wheel independent suspension made this convertible one of the fastest cars of the early 50s.

Kyle Lane, Premier’s Midwest Sales Manager, shares Keith’s love of the Porsche 356 Speedster. This example, located at Lot 51, is also a 356A T2 but differs from its silver peer in experience. It has been driven and enjoyed by three owners over its 60 years, each taking advantage of the roadster’s 1600cc air-cooled flat-four and independent suspension.  The lightness added from inadequate weather protection and a spartan interior, made the Speedster formidable on the track.

Premier’s corporate headquarters in Woodbury, Connecticut is buzzing about the Lancia Delta S4 Stradale at Lot 36. Only 200 Stradales were made in order to qualify this all-wheel drive coupe for the Group B Rallycross Championships. Light, fast, and notorious for turbo lag, very few of these Lancia Deltas survive, fewer still with only 14,000 miles on the odometer. This example has been tuned to the period Potenziato specification, delivering 300bhp.

The bidders at the Quail Lodge Auction take their cars very seriously, so competition will be fierce. Contact Premier today to see how pre-approval can take the stress out of bidding. Whether you’re looking for a new Ferrari or a pre-war Rolls-Royce, Premier’s Simple Lease can help turn a dream into a full garage. Be sure to brush up on our Auctions 101 before setting off.