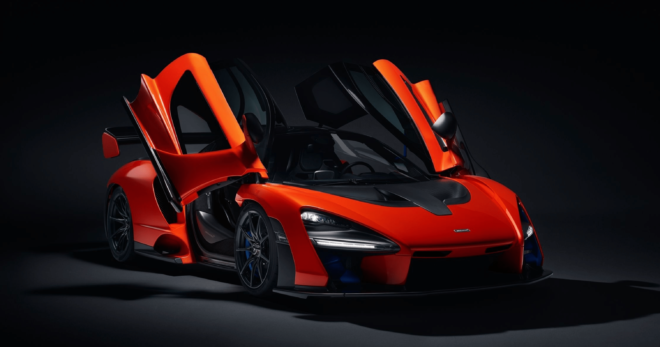 It was no surprise that McLaren Automotive was working on a new hypercar to replace the P1. The big surprise was that it gave the new model not another alphanumeric badge, but a name: Senna. It seems a fitting tribute to one of the greatest race drivers in history.

Aryton Senna won his three Formula 1 drivers’ championships with McLaren-Honda (1988, 1990, 1991). He died in a crash while leading the 1994 San Marino Grand Prix, driving a Williams-Renault. The Brazilian’s life and career are portrayed in the 2010 documentary, “Senna.”

McLaren will build 500 of the cars named for this Formula 1 legend, and the company has stated – right on its website, in fact – that “each McLaren Senna has already been assigned to a customer.”

The U.S. price was not disclosed but was reportedly nearly $1m. Of special note, the new McLaren hypercar wears the Senna name as part of an official collaboration between McLaren Automotive and the Senna family. McLaren will make a “significant contribution” to the Instituto Ayrton Senna, a non-profit organization that helps provide good-quality education for more than 1.6 million unprivileged children and teens in Brazil. 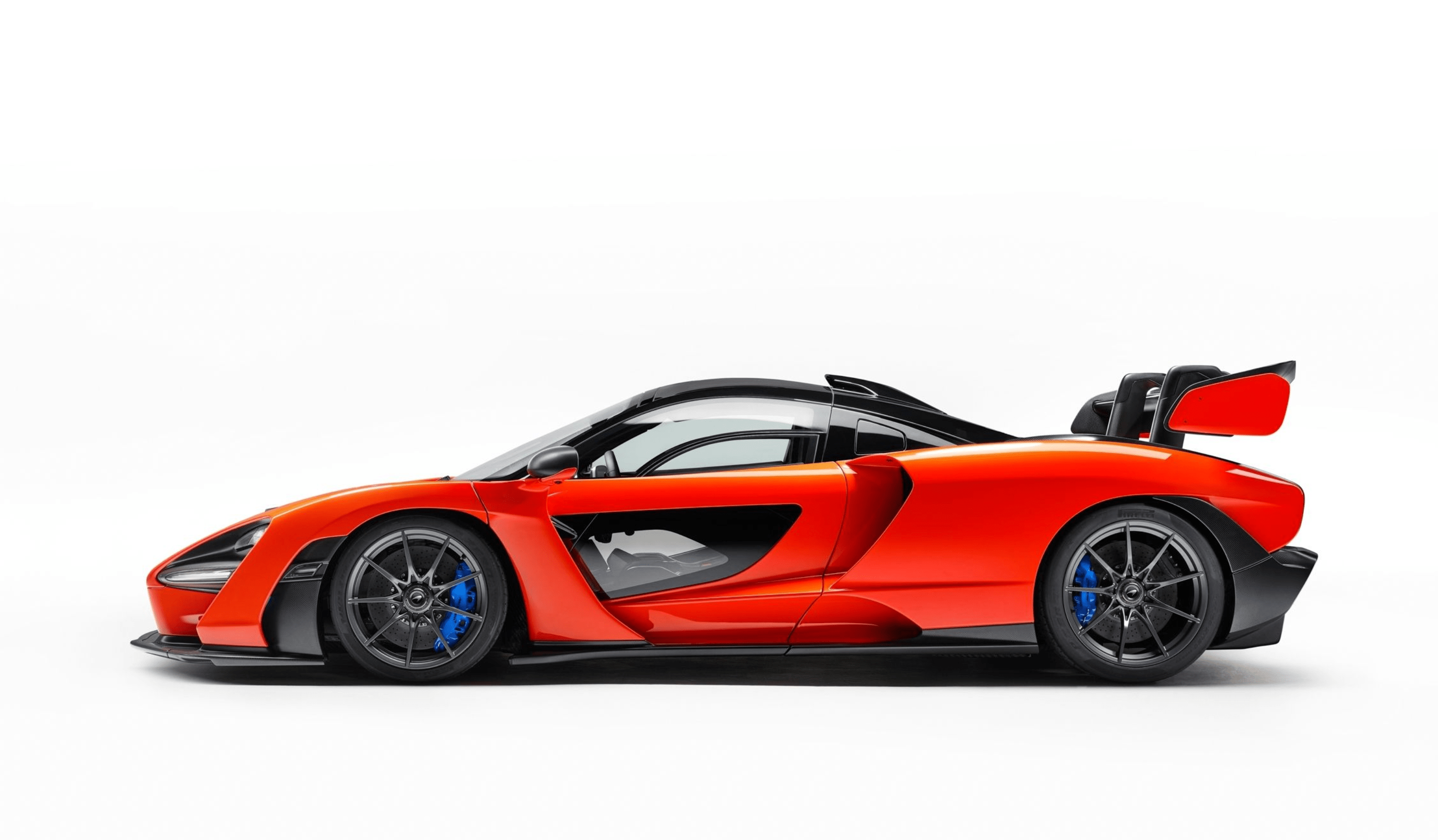 The McLaren Senna is the latest member of the marque’s Ultimate Series, a top echelon introduced with the McLaren P1. Where the P1 was designed to be an ultimate road and track car, the street-legal Senna is focused on track driving. In other words, don’t look for any luxury here.

McLaren is blunt in describing the Senna’s mission:

“The McLaren Senna is the personification of McLaren’s DNA at its most extreme, creating the purest connection between car and driver. It is the most track-focused road car we have ever built, and it will set the fastest lap times of any McLaren to date.” 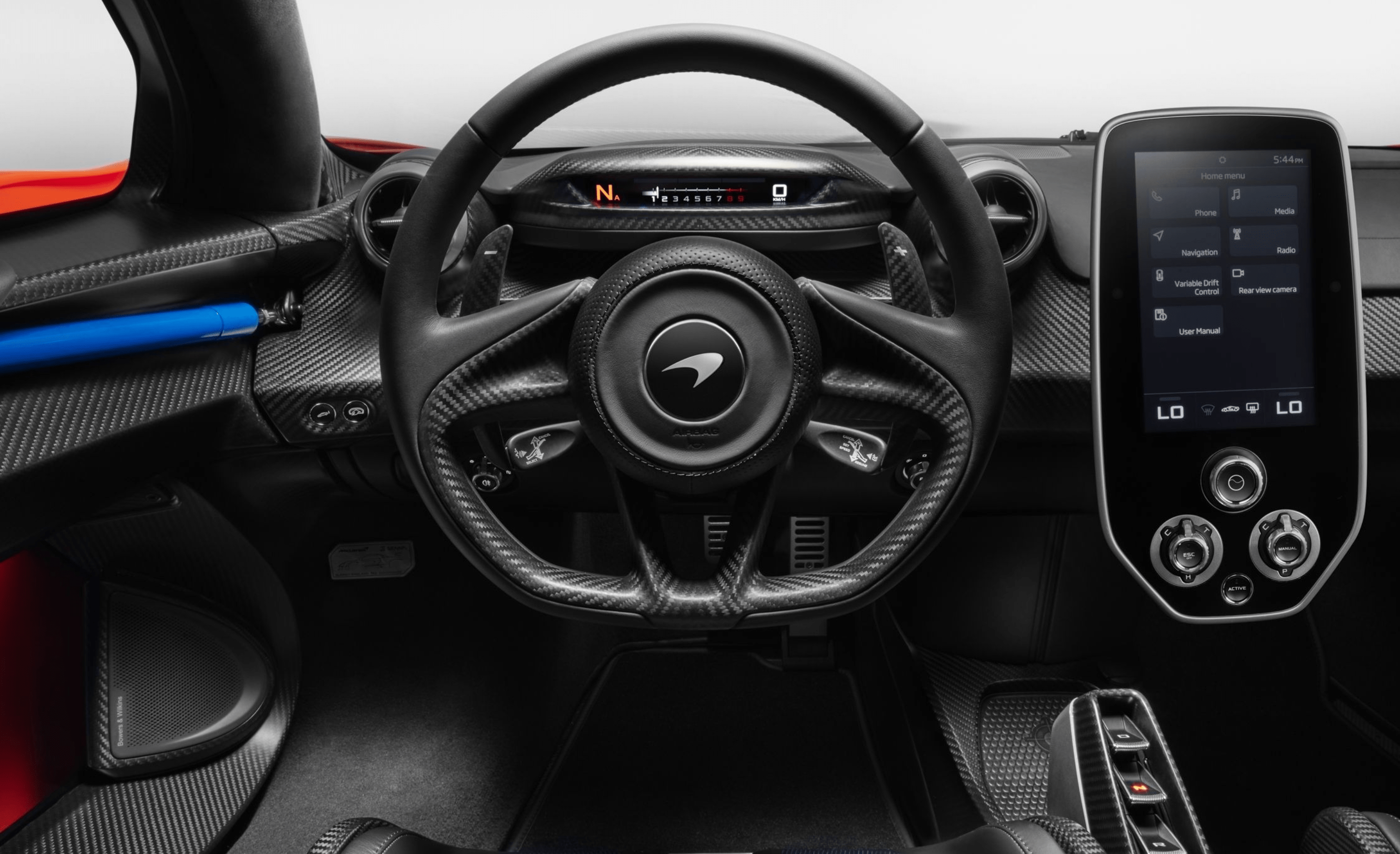 Not surprisingly, McLaren cranked up the power while reducing weight and optimizing aerodynamics to a new level unfettered by the need to make the car a daily driver. That functional rear wing, at 1,007 square inches, must surely be the largest ever affixed to an automobile. A race mode for the RaceActive Chassis Control II hydraulic suspension drops the car a further two inches to further boost agility and reduce wind resistance. (As if the wind would even try to resist this thing!)

Some might even find function in the radical door design, which features unique lower fixed windows that could aid in spotting apexes or entertaining a passenger, preferably one who does not succumb to car-sickness easily with the tarmac flying by at 200 mph.

Certainly, some might see beauty in the Senna’s purity of mission, but this McLaren hypercar hews dogmatically to aerodynamic function. If it’s classic elegance you seek, consider a 1963 Ferrari 250 GT Lusso. 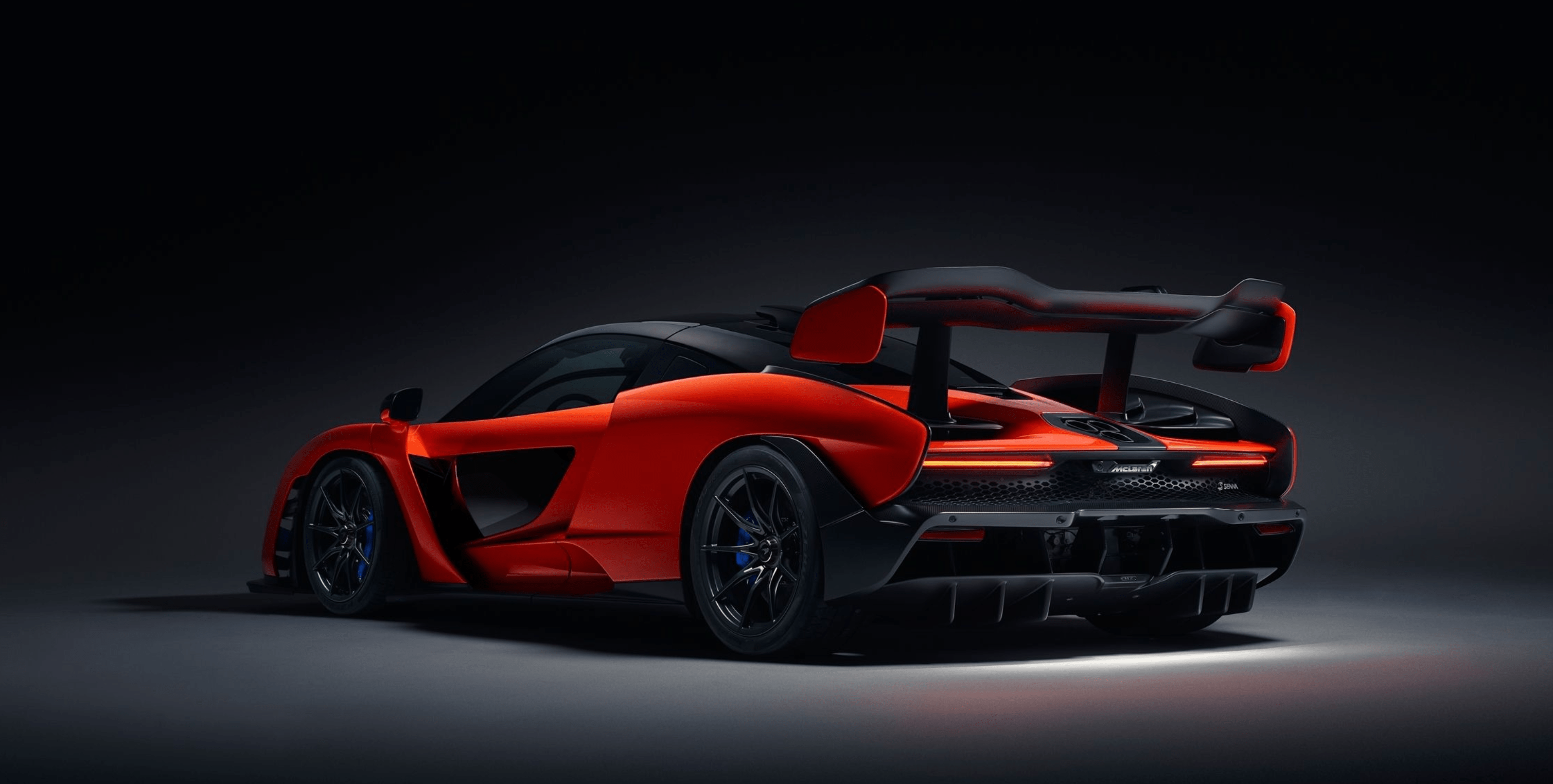 Unlike the P1, there’s no hybrid tech in the Senna’s powertrain, just the McLaren turbocharged 4.0-liter straight up, but in this case, tuned to an astounding 789 horsepower and 590 lb-ft of torque.

Beneath the Senna’s carbon fiber body is the latest version of McLaren’s carbon-fiber tub, called Monocage III. Weight has been shaved everywhere possible. For example, the front fenders, made from a new extra-thin weave carbon fiber, weigh 1.4 pounds each, versus a comparatively porky 4.9 pounds on the McLaren 720S. Detachable license plate holders can shave a few ounces at the track.

There are no concessions to comfort inside the Senna, where one finds thinly padded seats on lightweight frames. The initial owners could have the seats sized to their needs. McLaren claims a curb weight of under 2,700 pounds in the Senna’s lightest form. That means choosing carbon fiber panels instead of the lower glass windows in the doors, and deleting the audio system and glass partition between the cabin and engine compartment. You’d better like it loud. 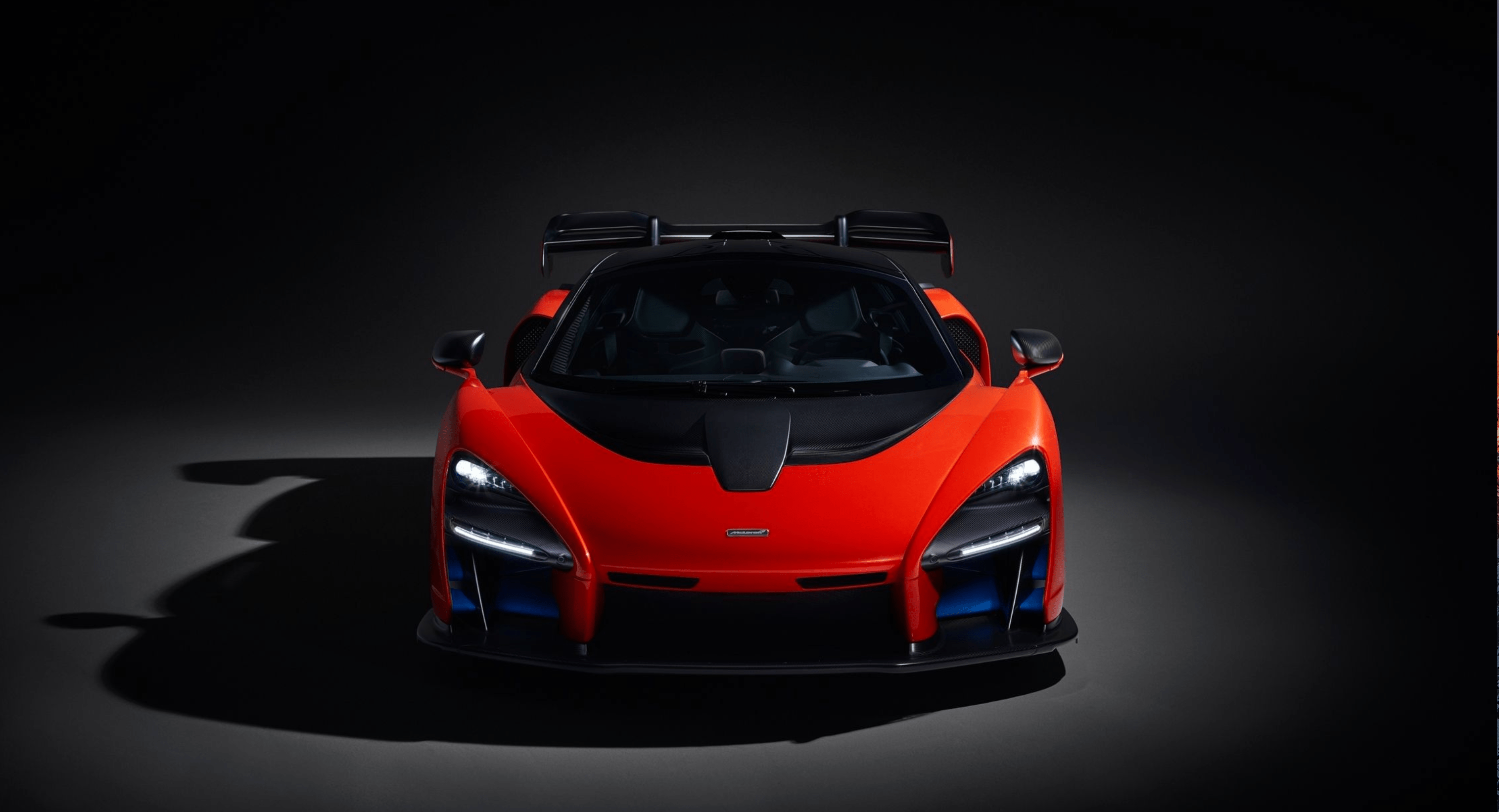 Where the Rubber Meets the Track

The Pirelli P Zero Trofeo R tires are custom-made for the Senna. These are track tires, but owners can request road tires. Naturally, there are advances in braking, with the McLaren Senna using new motorsports-grade Brembo carbon-ceramic brake discs that are smaller and lighter than previous carbon-ceramic rotors.

Summing up the Senna, McLaren says it is “legalized for road use, but not sanitized to suit it. Nothing else matters but to deliver the most intense driving experience around a circuit.”

Aryton would be pleased. 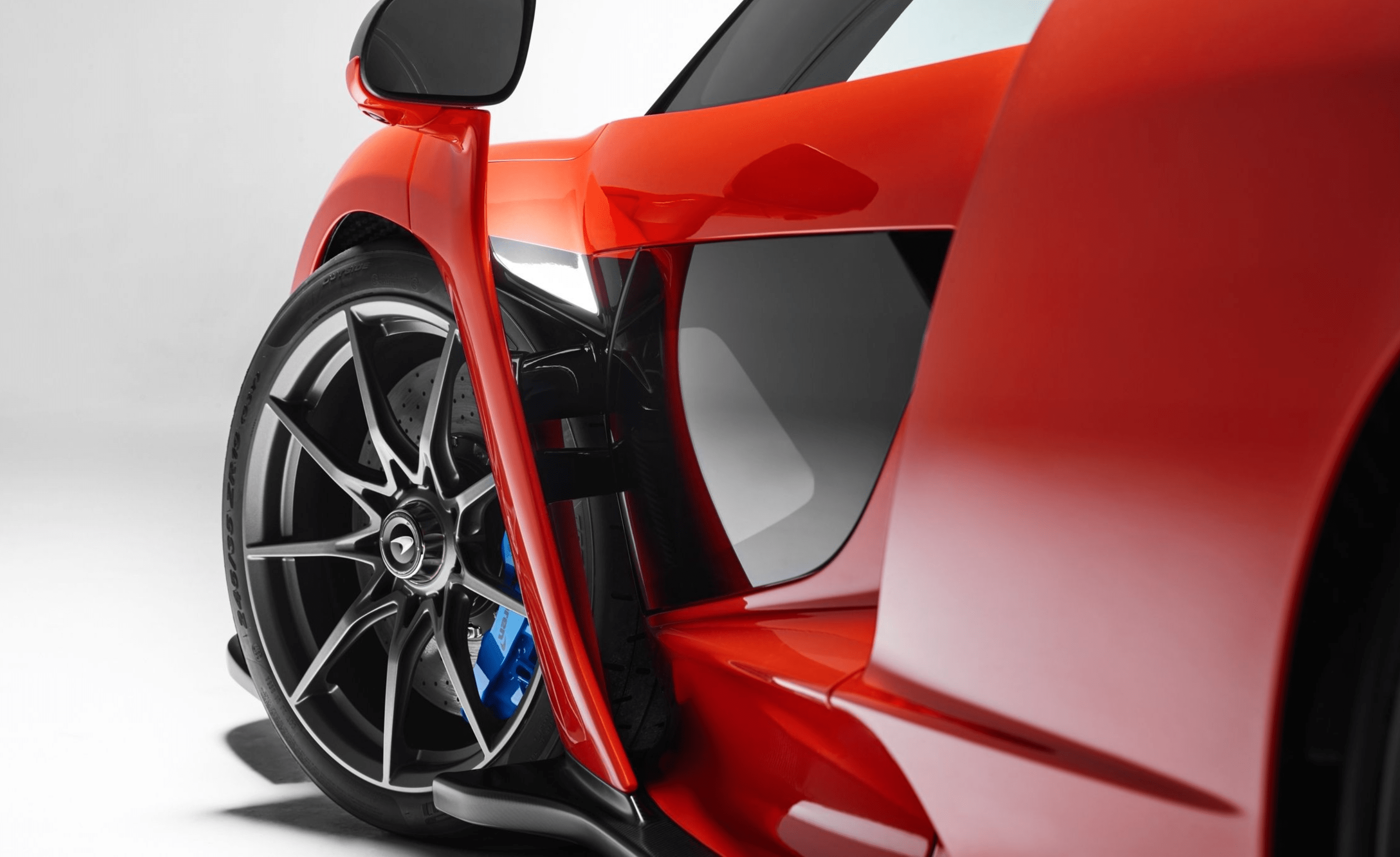