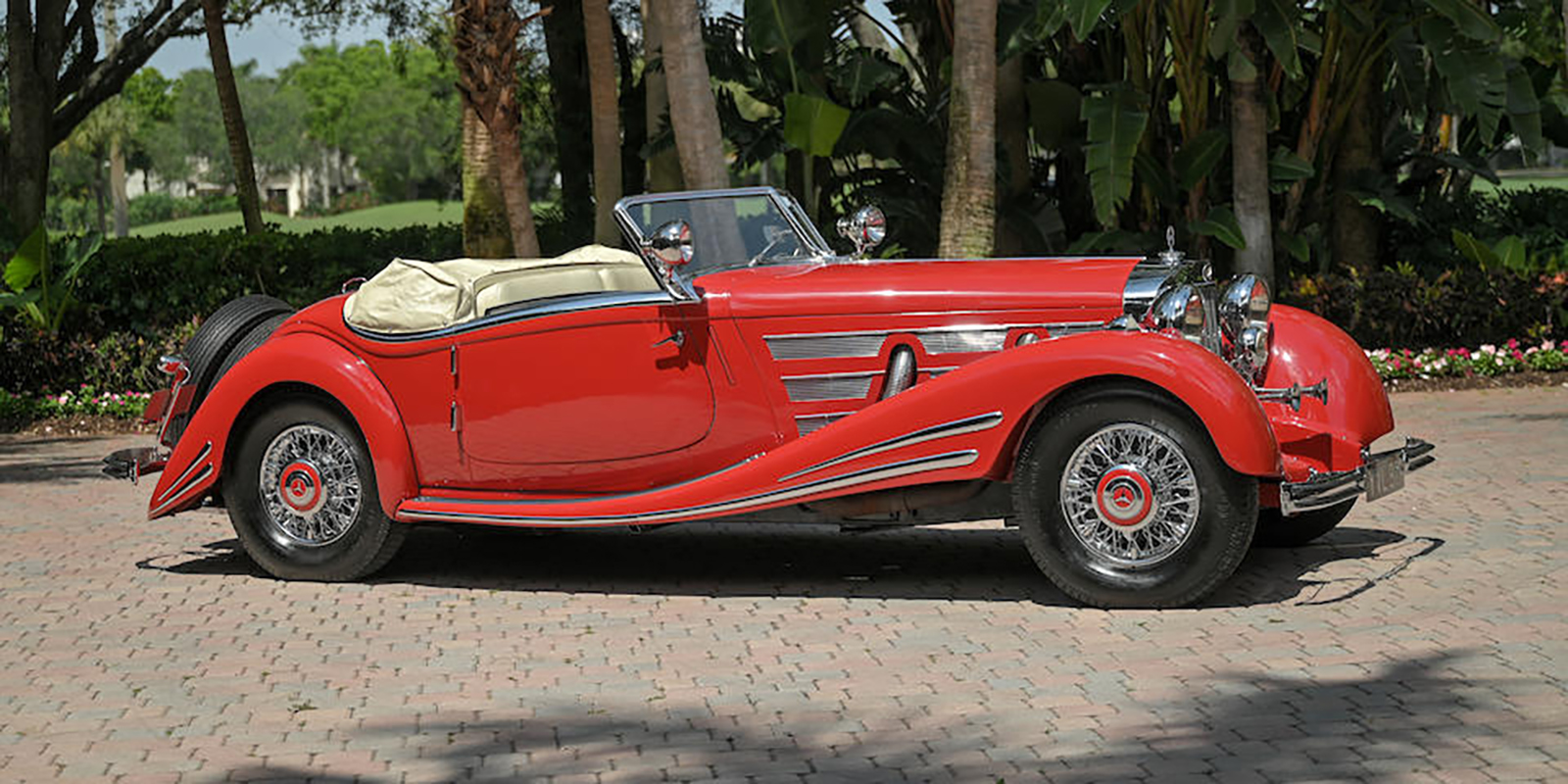 Prewar Cars Roar to the Top in Two Major Sales

The excitement around the 2021 Amelia Island Concours d’ Elegance and its two auctions by Bonhams and RM Sotheby’s was like bottled lightning uncorked. The Amelia was about the last major classic automobile event held last year before COVID restrictions. After that, top auction houses scrambled to put online auction platforms into place. Now, those online sales have joined a growing, permanent roster of buying options. Read on for a full Amelia Island auction wrap up.

Yet, just as there is no substitute for hearing music played live compared to even the world’s best audio setup, nothing can replace the tension, suspense and thrill of becoming or just witnessing the high bidder in person. This year’s two sales at The Amelia did not disappoint. Bonhams achieved a 90-percent sell-through rate, and RM Sotheby’s reached 95 percent for a $42m sale.

“We’d missed the atmosphere and fun of the live saleroom over the past 14 months, but the results of this auction were truly worth the wait,” said Rupert Banner, Bonhams Group Motoring Director. “Our bidders were clearly pleased to be back in the saleroom with lots of spirited bidding from the floor, which were well-matched by much activity online and on the telephones.”

Of course, there were high-dollar Ferraris. Yet, the top sales at both auctions were pre-WWII automobiles. The unequivocal star of the RM Sotheby’s event was the 1929 Duesenberg Model J “Disappearing Roof” Torpedo Convertible Coupe with coachwork by Murphy. One of just two made, this Duesy roared past its  $4m estimate to sell for $5.725m. RM Sotheby’s had one other prewar car in its top-10, a 1935 Mercedes 500K Roadster that brought $1.6m.

For Bonhams, the top sale was an absolutely stunning 1934 Mercedes-Benz 500/540K Speziale Roadster factory upgrade that brought $4.9m, which was just a bit below the top of its $5m estimate. Remarkably, the top seven sales at Bonhams were prewar, including three that were pre-WWI.

The number two slot for Bonhams went to the sole surviving 1913 Mercer Type 35K Runabout with its original bodywork, which sold for $2.425m – doubling its pre-sale estimate. In current lingo, this New Jersey-built touring car was the street version of Mercer’s road-and-track Raceabout model. Third place at Bonhams was a 1933 Duesenberg Model J “Sweep Panel” Dual-Cowl Phaeton for $1.665m — $400k above its estimate. The Mercer was part of the Clem and Mary Lange Collection, which had a 100-percent sell-through.

And Now, the Ferraris

For each major auction, the Premier Financial Services staff selects “Cars to Watch.” For the Amelia Island auctions, all but one sold. See how they did in our Amelia Island Auction Wrap Up:

Lot 118: 1971 De Tomaso Pantera “pushbutton” model, one of the first 75 examples hand-built by Carrozzeria Vignale: did not sell