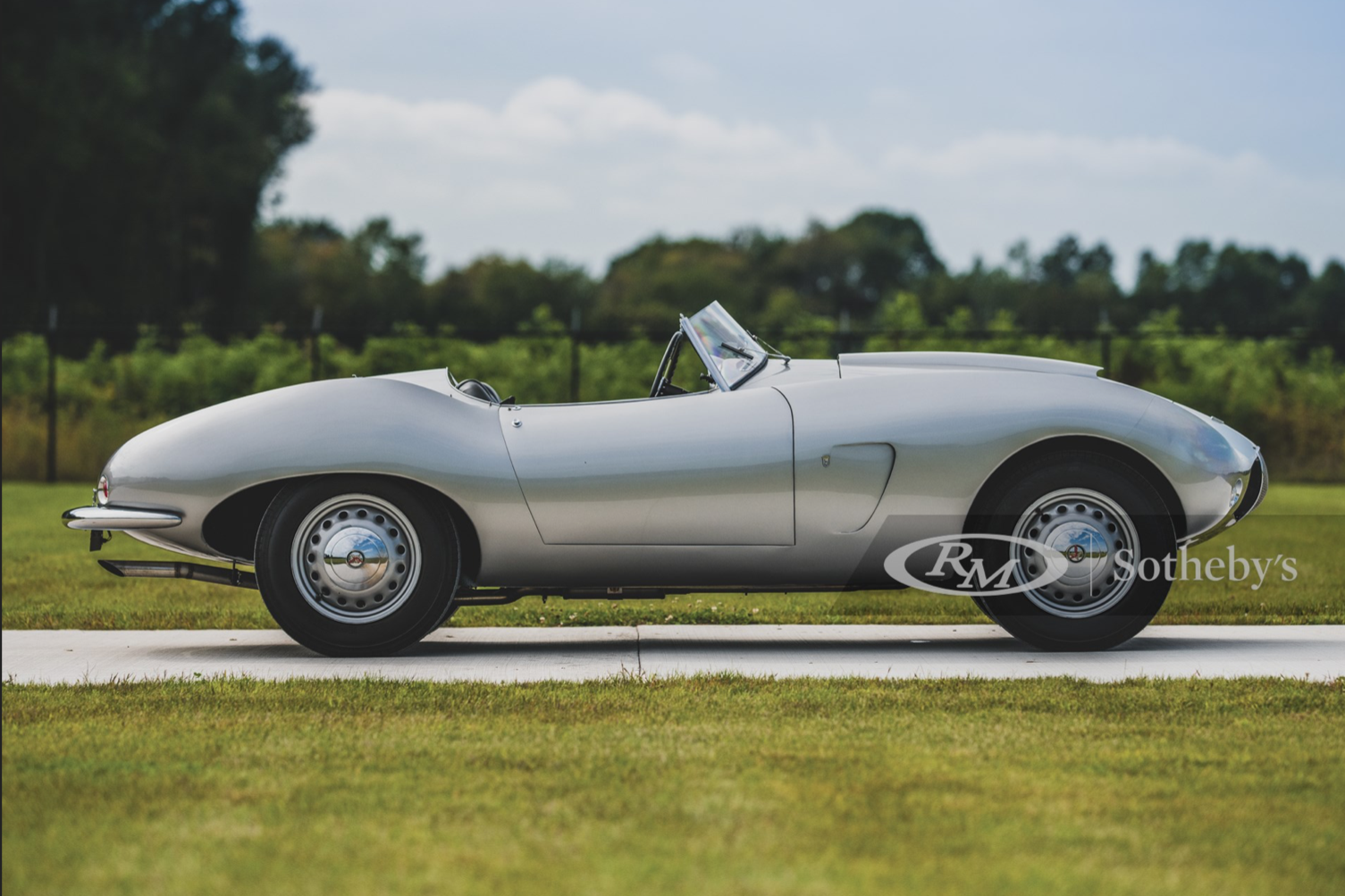 Would you buy a sports car from a guy from Chicago nicknamed “Madman” or “Wacky?”

The former was Earl “Madman” Muntz, a Chicago-born electronics and stereo tape cartridge pioneer who in the early 1950s turned the Kurtis Kraft roadster into the Muntz Jet. At the same time, S.H. “Wacky” Arnolt, a Chicago-based importer of British cars, including Bristol, decided to sell coachbuilt cars under his own name.

The Arnolt-Bristol married a stunning body made by Carrozzeria Bertone on a Bristol chassis with an inline six-cylinder engine and offered it in road and race trim. The design is unique, production was severely limited and the car has racing provenance.

An American in Turin

Arnolt met Nuccio Bertone at the Turin Auto Show in 1952, attracted by an elegant Bertone-designed coupe and cabriolet built on the MG TD chassis. The elegant cars bore a resemblance to early Ferraris, though with a very tall grille still used on the MG. Arnolt arranged for MG to ship chassis to Turin to be fitted with the Bertone bodies, then shipped to the U.S. for sale; 65 coupes and 37 cabriolets were made.

Next, Arnolt bought five 1953 Aston Martin DB2/4 chassis and had them sent to Bertone in Italy to receive custom bodies. Three featured a curvaceous roadster body designed by Franco Scaglione, who is perhaps most famous for designing Alfa Romeo’s groundbreaking B.A.T. aerodynamic studies in that period. (RM Sotheby’s is offering the B.A.T. trioas a single lot at its Contemporary Art Evening Auction in New York on Oct. 28.)

Aston Martin, however, had no interest in producing the Bertone-bodied car commissioned by Arnolt. The American entrepreneur then turned to Bristol and contracted for chassis to be sent to Bertone for bodies. The design used was essentially the same as Scaglione’s slinky Aston Martin roadster, though with different front grille styling.

The result was striking, and the car itself was highly capable. Some have described the Arnolt-Bristol as flamboyant, though Scaglione achieved the head-turning effect with no external ornamentation.

The Arnolt-Bristol used Bristol’s hemi-head BS1 MKII 130-horsepower engine, which had its roots in BMW’s prewar 328 sports car. In addition, the Bristol six was also used in the Frazer-Nash sports car and the AC Ace, the car on which the original Cobra was based.

Not unlike the Cobra, the Bristol 404 chassis used for the Arnolt-Bristol used a transverse leaf front suspension and solid rear axle. Arnolt offered his unique sports car in a lightweight version called the Bolide, featuring a cut-down windshield, as well as a more fully trimmed Deluxe Roadster model. The latter art the time had a price tag around $5,000.

If you bought an Arnolt-Bristol in the 1950s, chances are pretty good you would not have seen another on the road. Just 142 cars were made through 1960, but 12 of those were destroyed in a warehouse fire. Of the 130 sold, 80 are believed to remain.

The Arnolt-Bristol was a small car, built on a 96-inch wheelbase and weighing 1,800 pounds. Performance was excellent for the day, with 0-60 under 9 seconds and a 110-mph top speed.

Near-perfect weight distribution helped make the roadster quite agile, and the Arnolt-Bristol did well in SCCA racing. Fred Wacker tied for the E Modified Championship in 1954. Arnolt-Bristols took first, second and fourth in class in the 1955 Sebring 12-Hours race. A factory-entered lightweight aluminum version won class in the 1960 Sebring 12 Hours.

The Arnolt-Bristol offered from the Elkhart Collection is a real beauty, with a high-quality restoration. The deep silver paint complements a dark gray leather interior. The car retains its original engine, fitted with triple Weber 34 ICH carburetors, and its original numbering plates. The original serial-number plate and stamp are also present on the chassis.

This Arnolt Bristol was also set up for driving enjoyment, as evidenced by a clear mask fitted over the nose to protect against stone chips. Just picture yourself driving it in a long-distance vintage car tour or rally. There’s nothing “wacky” about that.