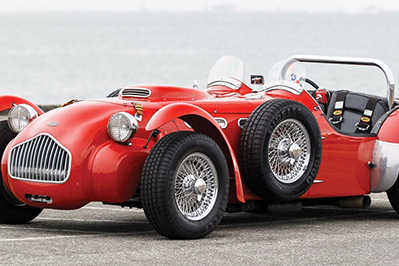 Godfather to the Cobra

Zora Arkus-Duntov, with the Chevrolet Corvette, and Carroll Shelby, with the Ford-powered AC Cobra, made American V8-powered sports cars a formidable force on road and track. But there was one car that helped light a fire in both visionaries: the Allard J2.

Built by British boutique carmaker Sydney Allard from 1950-1954, the Allard J2 (and later J2-X) was a stripped-down, featherweight cycle-fender roadster with no pretense of civility or comfort, and no attempt to mimic the sleek style of a Jaguar XK-120. But this raucous racer, which could be registered for road use by the brave, had the special sauce under the bonnet — a high-torque American V8. Shelby later acknowledged that the Allard J2 inspired him to build the Cobra. 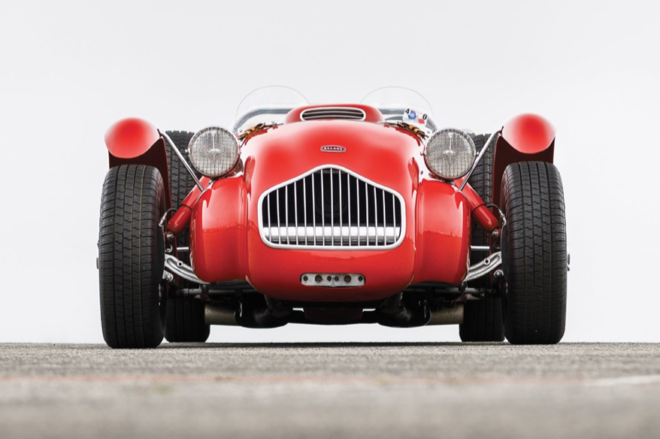 All in the Car Family

Sydney Allard grew up in a car family, building the “Allard Special” and making a name competing in British hill climbs and trials. He eventually took over the family’s large Ford dealership, which, during WWII, refurbished military vehicles for the British army. By the end of the war, Allard had a surplus of Ford parts, including the carmaker’s ubiquitous but old-fashioned “flathead” V8s. What to do?

The 35-year-old racer started Allard Motor Company in 1945 and designed several models using his own chassis, plus mechanicals from the British Ford Pilot introduced in 1947. Allard’s cars used a rather crude form of independent front suspension, created by splitting a Ford’s front beam axle and retaining the transverse leaf spring. 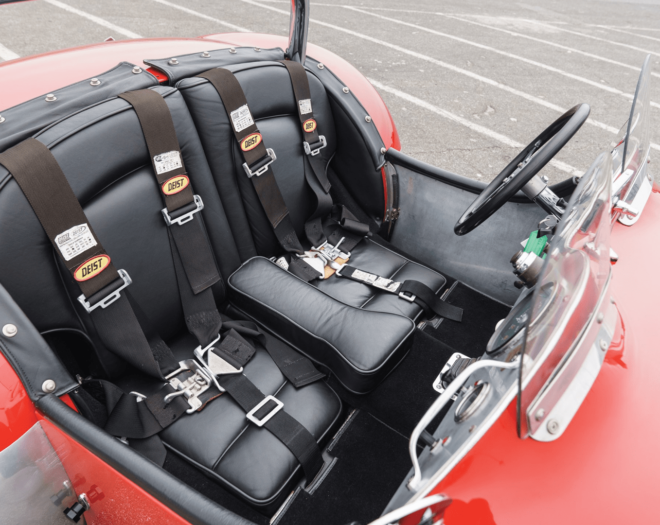 Allard made about a dozen of the J1, a pure sports car, essentially built for British trials racing and looking like some of the dune buggies that came much later. The K was a more refined sports roadster with a fairly elegant design, including the pretty waterfall grille also used on the larger Allard models. The L was a four-seat open tourer, and the P was a dashing five-seat two-door sedan.

Sydney Allard co-drove a P1 to victory in the 1952 Monte Carlo Rally. It became Allard’s most popular car, with about 550 made. The M1 drophead coupe introduced in 1947 was nearly as popular, selling about 500 or the total 1,900 Allards built through the 1950s.

J2: Birth of a Rowdy Legend

In 1950, Allard began building the car that many think of first for this marque, the J2. Aimed at road racers in the burgeoning U.S. sports car market, the J2 used a new coil-spring version of Allard’s front suspension and a de Dion rear suspension setup.

In Britain, the J2 came with either the Ford or larger-displacement Mercury flathead V8. Allard shipped J2s to America without engines, and customers installed the new generation of postwar American overhead-valve V8s, mainly the Cadillac 331 cu.-in. unit introduced for 1949. So equipped, an Allard J2 could do zero-to-60 in about six seconds, which was astonishing for the time.

Allard J2s proved hard to beat on both sides of the Atlantic. A J2 took third overall at Le Mans in 1950, with Sydney Allard co-driving. Duntov, who worked for Allard as a development engineer in the early 1950s, also raced one of the cars. At the same time in America, meanwhile, Shelby’s success driving an Allard helped earn him stints for Maserati and Aston Martin, the latter for which he won Le Mans in 1959. It was a lesson in Yankee power he’d not forget. 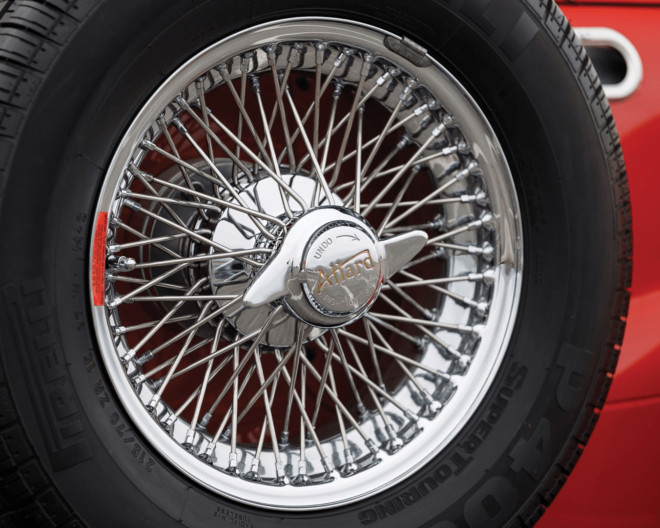 You Could Have Had (Almost Any) V8

In addition to the Cadillac V8, some Allard J2 buyers chose the Oldsmobile Rocket V8 or Chrysler’s Hemi V8. Some Allards used the Buick V8 when it debuted for 1953. By then, Allard had introduced the J2-X, which signified “extended.” Changes to the front suspension improved handling also allowed the engine to be moved forward, resulting in a larger cockpit. The production run includes 90 J2s and 83 J2-X models.

The car sold by RM Sotheby’s, chassis #3142, runs an Oldsmobile 394-cu. in. V-8 teamed with a four-speed transmission, and a previous owner spent a considerable sum preparing it for the 1,000-mile road rallies and tours he drove.

Sports cars don’t come much purer than this.