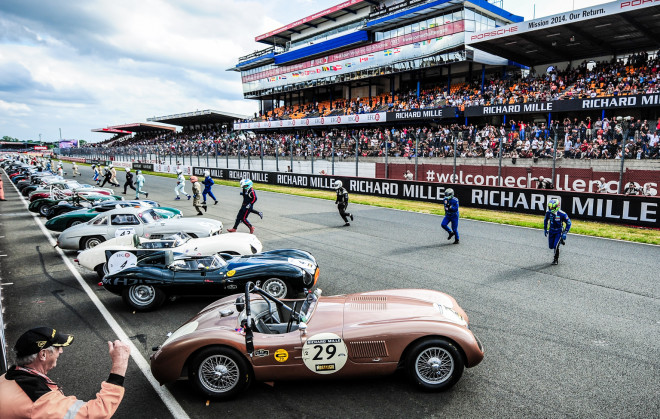 Since 1923, Le Mans has been one leg of the Triple Crown of Motorsport, a twenty-four hour test of endurance and efficiency. The cars that have made the podium in this fabled race have become icons like the Ford GT40 and Porsche 917. Since 2002, the Le Mans Classic has accompanied the modern race and allowed vintage competitors to assay the 8.5 mile Circuit de la Sarthe once again. The three-day event encompasses 18 races from 6 different classes, displaying the world’s premier engineering efforts from 1923 to 1992. 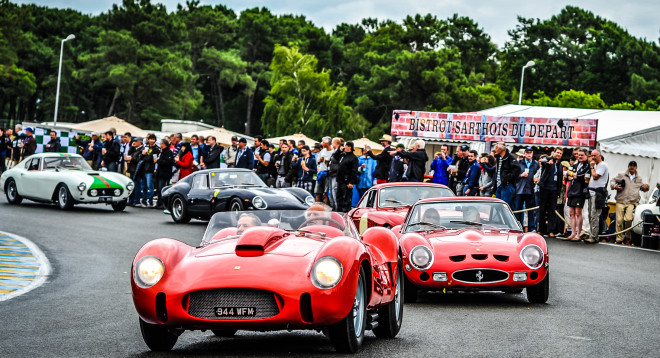 The Le Mans Classic offers the thrill of watching beautiful automobiles, each worth a small fortune, used as they were originally intended. The drivers involved are both professional and amateur, displaying spirited maneuvers and the techniques of a bygone era of auto racing. Many of the classic race cars are not being driven all-out due to their value and rarity, but this year’s addition of the 1980s Group C racing class should provide ample excitement. 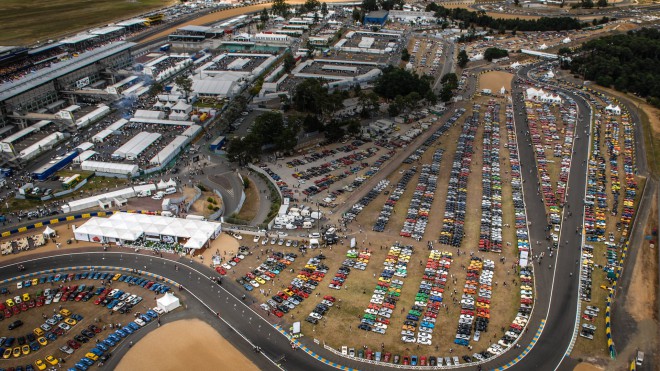 More Than A Race

Tickets can be bought to gain entrance into the paddock, where more than 400 vintage cars and their drivers assemble before taking to the track. Most major automotive clubs have a presence at the races, amounting to one of the world’s largest gatherings of motorsport enthusiasts. Parades for clubs and manufacturers ensure that any track downtime will be made up for by cavalcades of vintage and modern exotics. 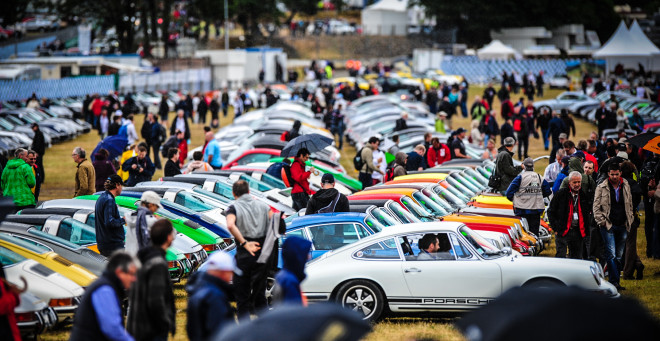 The sheer number of collector cars on site surpasses any car show; the parking lot alone warrants a photoshoot. The race’s strongly recommended sports-chic dress code puts a moratorium on cargo shorts and keeps everyone in the gentleman racer aesthetic.

The Artcurial LeMans Sale also takes place during the event, featuring a host of the marques and models that were tested in this crucible of endurance racing. This high-end auction has a slew of race bred Porsches and Ferraris on consignment, as well as the later, luxury offerings of early endurance champions Rolls-Royce and Bentley.