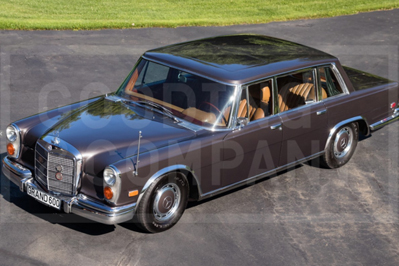 Prized by the Good, the Bad and the Studly.

If you’ve never owned a Mercedes-Benz 600, or didn’t know someone who did, your first introduction to this unparalleled luxury automobile car might have been through TV’s “Mission Impossible,” where one invariably chauffeured the nefarious dictator of a fictitious “Eastern Bloc” country.

Introduced at the 1963 Frankfurt Auto Show and built from 1964-1981, the Mercedes 600 was also the preferred ride for a veritable who’s who of real-life bad guys, including Pol Pot, Nicolae Ceausescu, Idi Amin, Saddam Hussein, “Baby Doc” Duvalier and three generations of North Korea’s Kim dictator family.

Take heart, though, because the majestic Mercedes 600 also endeared itself to more likable folks including Elvis Presley, Beatles John Lennon and George Harrison, Karen Carpenter, Elizabeth Taylor, Rowan Atkinson (“Mr. Bean”), Jay Leno, Hugh Hefner and Coco Chanel. Jack Nicholson bought the 1972 Mercedes 600 that he used as the mysterious Daryl Van Horne (a.k.a. the devil) in the 1987 film “The Witches of Eastwick.” That car now resides in the Petersen Museum. A special Landaulet model served as one of the “Popemobiles” for Pope Paul VI.

From the Dairy Land

A 1970 Mercedes 600 being offered by Gooding & Company at its Monterey sale in August was one of 198 short wheelbase models built that year. The car came from a “European embassy” and then lived a quiet life in Minnesota. MB Grand 600 Restoration of Wausau, Wisconsin, recently completed an $80,000 yearlong overhaul. (This is the same shop that built a number of one-off 600s, including two pickups, a turbocharged sedan with a 6-speed stick shift and a shortened, V12-powered convertible.) 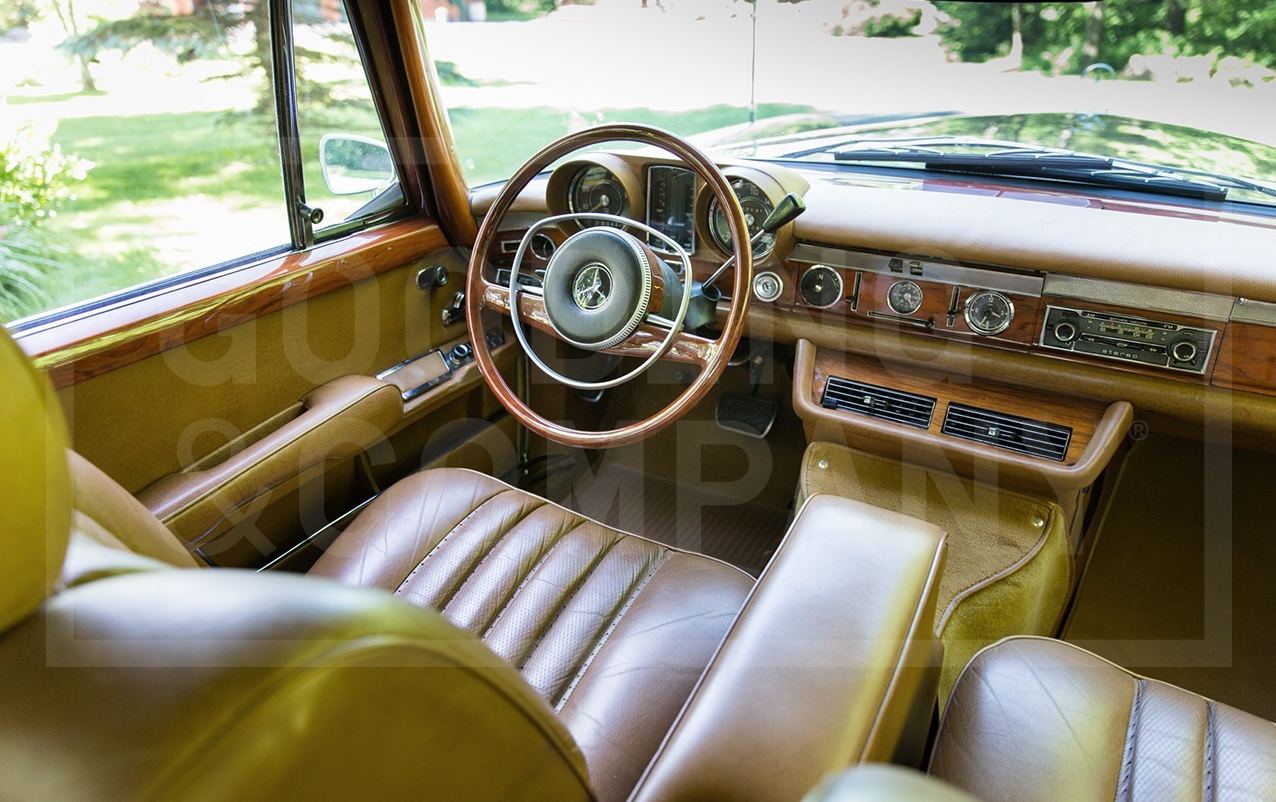 Conceived as the ultimate, no-expense-spared-to-build luxury sedan, the Mercedes-Benz 600 had no peer in the automotive world when it was introduced. Over its 18-year run, the 600 was built as the 126-in. wheelbase “short” model (the most common), the 157.3-in. wheelbase Pullman sedan in four-door or six-door variants. The ultra-rare Pullman Landaulet (49 made) had a folding rear roof section, ideal for heads of state to wave their adoring or oppressed constituents.

The 600 shared nothing with other Mercedes models, although its elegant design certainly influenced the brand’s later sedans. The 600 was largely hand-built, yet also represented the brand’s latest technology.

Designed by Paul Bracq, the Mercedes 600 exemplified the clean, slab-side theme adopted by the decade’s luxury sedans, starting with the 1961 Lincoln Continental. Despite its size, the 600 somehow never seemed ostentatious. The U.S. was the largest single market, with 754 originally imported. In 1965, a 600 SWB cost $22,000 here. 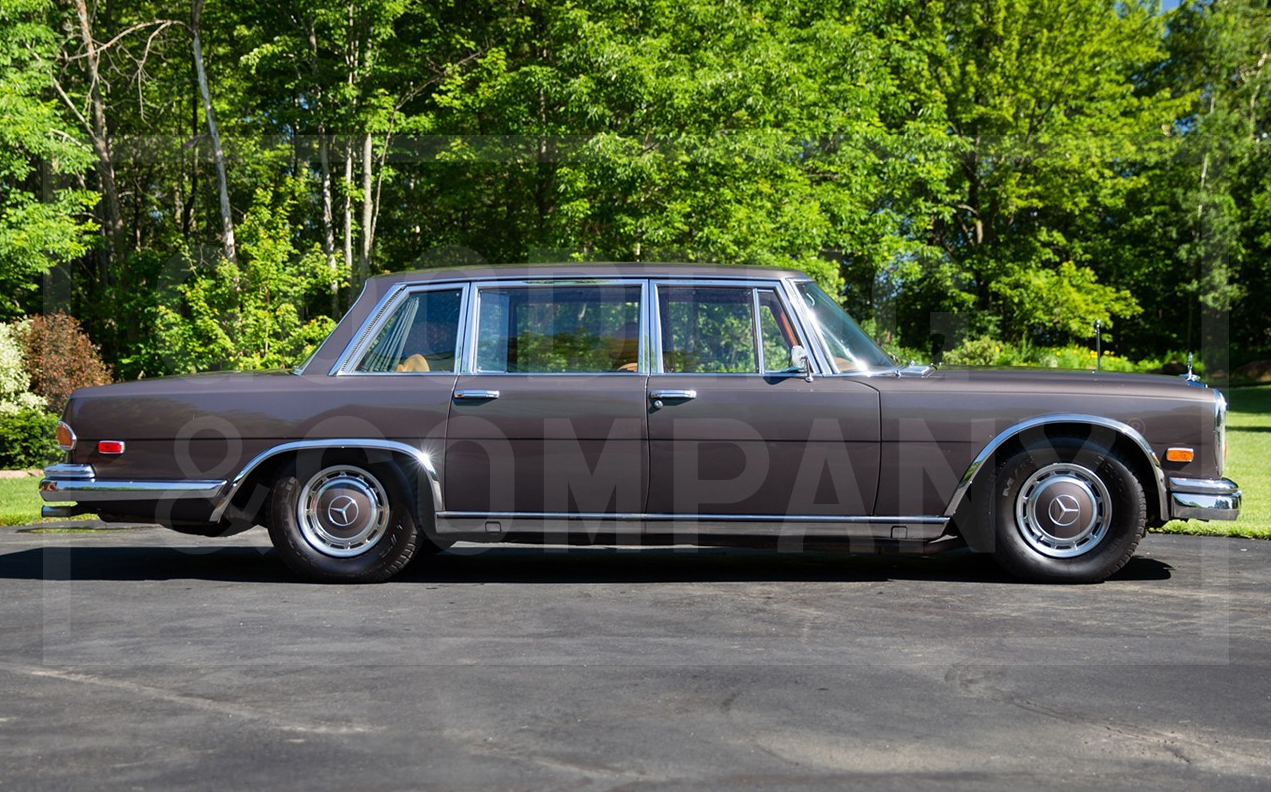 Significantly, the 600 was the first Mercedes-Benz production car powered by a V8. The 6.3-liter M100 engine gained even more fame as the powerplant for the 300SEL 6.3 supersedan, in which the engine was rated at 300 horsepower. In the 600, the rating was 250, because 50 hp was needed to run the hydraulic system that powered self-leveling air suspension, brakes, power seats, trunk closing, windows, sunroof and even the cowl vent.

A three-way switch on the steering column let the driver vary pressure in the hydraulic-suspension dampers, a precursor to the adjustable suspension common in luxury models today. You may have heard that the hydraulic system is notoriously complex and difficult to restore. You heard correctly.

Central locking was a first, and driver and front passenger had their own heat/air conditioning controls. The standard-wheelbase 600 weighed over 5,500 pounds; the Pullman exceeded 6,000. Even with that mass, however, a 600 could serenely whisk dignitaries along the autobahn at 100 mph+. 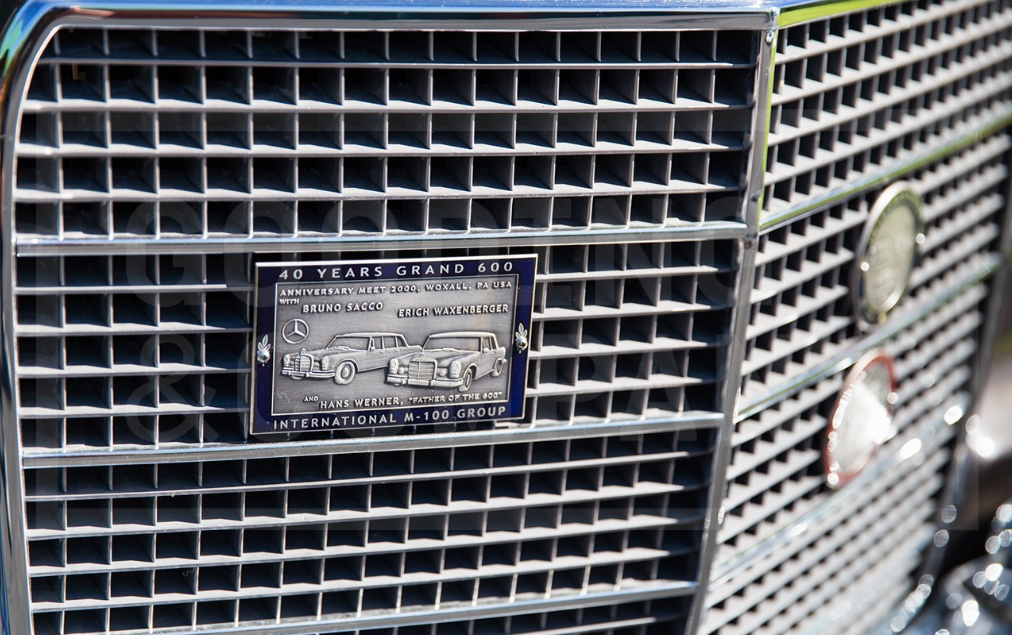