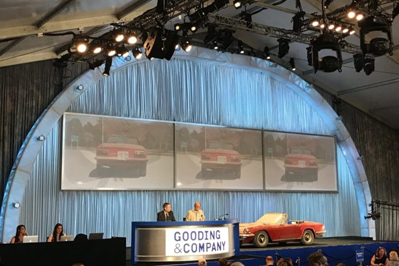 Casual onlookers might not immediately see the glamour in the 1967 Maserati Mistral Spider that sold for $478,500 at the Gooding & Company Amelia Island auction today. The disheveled looking example was recently discovered in a storage unit outside Washington, D.C. Some would call it a “barn find,” although it likely had much better weather protection than some barns provide.

“Glamorous” is not a word you hear to describe modern Italian sports and GT cars. It’s a bit of a bygone word in an era when car designers and marketers much prefer terms like “aggressive.” Indeed, the modern versions often seem styled with angry-looking visages, perhaps to frighten other motorists or small children. The Maserati Mistral, built from 1963-1970, wears a happy look up front. Times are different. 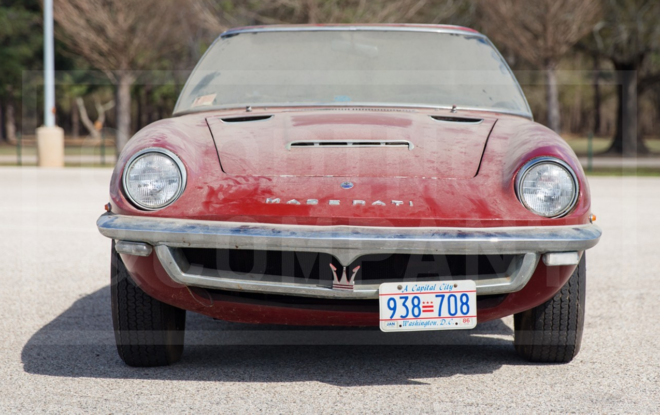 The Epitome of “Race Bred”

By the early 1960s, Maserati had gone all-in on road car production, leaving its racing career behind, but infusing race-bred engineering into an impressive crop of GTs. The 3500 appeared in 1957, followed by the Sebring 2+2 in 1962.

Then came a purist driver’s masterpiece, the 2-seat Mistral, which debuted in 1963. This was the first Maserati named for a wind, in this case a cold northwesterly wind that blows from southern France into a northern part of the Mediterranean Sea. 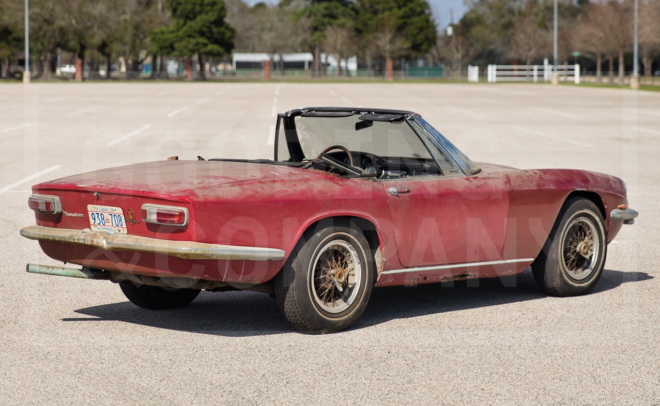 Like the 3500 and Sebring, the Mistral used the marque’s race-bred inline 6-cylinder engine, a close relative of the engine that powered the 250F Grand Prix racer to the F1 World Championship in 1957 in the hands of Juan Manuel Fangio. The Mistral was a pure road car, however, with no track aspirations. It was designed to devour European super highways, with the standard 5-speed manual transmission enabling a 140+ mph top speed. This svelte Maserati Mistral was also equally at home on more scenic routes on both sides of the Atlantic.

The Maserati double-overhead cam inline six was advanced for its time, with, twin-spark ignition, hemispherical combustion chambers (yep, a “hemi”) and Lucas mechanical fuel injection. The Mistral offered 3.5-liter (235 hp), 3.7-liter (245 hp) and 4-liter (255 hp) versions of the Maserati six during its production run. The Gooding Amelia car is one of just 37 Spiders built with the 4-liter.

The Mistral might lack the later Maserati Ghibli’s sheer visual impact, but the shape is considered by some to be designer Pietro Frua’s best. He applied a similar theme to the later — and quite rare — AC 428 coupe and convertible, models built on a stretched Cobra 427 chassis. The AC, however, was larger than the Mistral, which rode on a 94.5-in. wheelbase and stretched 177.2 in. bumper to bumper. Some might remember seeing a Mistral coupe in the 1970s TV series “Switch,” driven by Robert Wagner playing a conman-turned-private detective.

The Mistral epitomized the true GT, and the coupe added the practicality of a rear glass hatch for access to the luggage area. Maserati even offered the option of an automatic transmission and air conditioning.

The Mistral Spider version debuted at the Geneva Motor Show in 1964. Both the coupe and its open companion were low-production models, with just under 830 coupes and about 120 Spiders built through 1970. Production overlapped for a few years with the V8-powered Ghibli coupe and Spider. 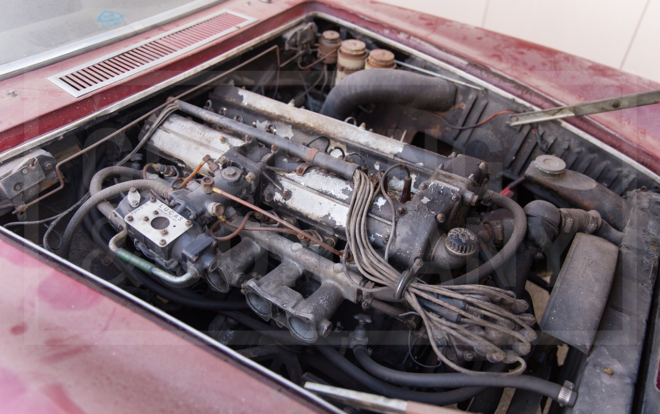 Looking scruffy today, and in need of a comprehensive restoration, the Mistral Spider offered at the Gooding & Company auction has been documented by marque historian Dr. Adolfo Orsi. (His grandfather, Adolfo Orsi, purchased Maserati in 1937, and his father, Omar, later ran the company until 1968.)

Perhaps we’ll see this rescued rarity on the concours circuit before too long. 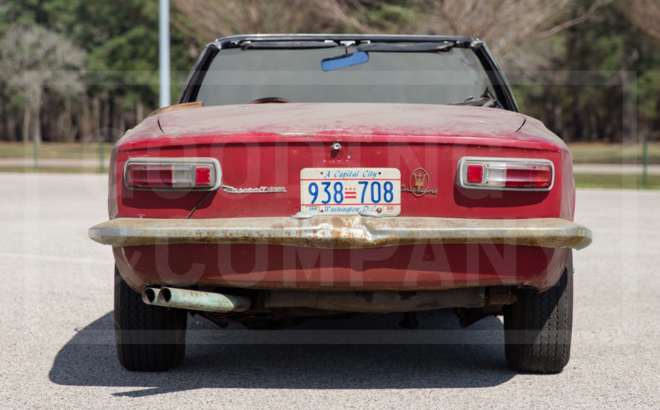