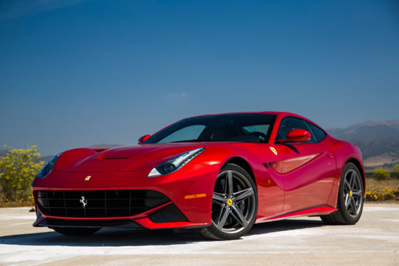 A dozen toys that won’t you won’t get tired of.

It seems to be the universal experience that as children who believed in Santa Claus. As a result, we all pleaded for certain toys that once delivered under the tree, somehow failed to live up to expectations. By New Year’s Day, they were relegated to the bottom of the toy chest.

With that in mind, we’ve assembled our “12 Classic Cars of Christmas” with cars that inspire lust but won’t end up gathering dust in the garage. A few, admittedly, may also bring back Santa’s own memories, searching in every store only to find all have been sold. We even included a few stocking stuffers for family enjoyment.

The mad rush at after-Christmas sales just might be matched by the mad rush to scoop up air-cooled Porsche 911s. The siren song of an early chrome-bumper model is hard to resist. However, for an everyday driver with a major dose of modernity, go right for the last of the breed, the “993”. That’s Porsche’s model designation for the last of the air-cooled Elevens, sold in the U.S. for the 1995-1998 model years. With either rear-drive or all-wheel drive and up to 285 hp, they’re a hoot to drive, though the new rear suspension tamed the oversteer that some purists love.

Looking for something compact enough to fit under the tree? (Well, a pretty big tree.) Porsche remade its Boxster and Cayman this year, borrowing the “718” badge from the classic racing Spyders and installing new turbocharged 4-cylinder engines under the rear hood. With 300 hp in the standard model and 350 hp in the “S” variants, they’re quicker than the sixes they replace, with lots more torque. The “base” 718 Boxster or Cayman do 0-60 in under 5 seconds and can hit 170, and performance escalates from there. The fun starts at $53,900 and goes as high as your imagination with options will let you.

Not long after a mustachioed Hollywood hunk made the black Pontiac Trans-Am the “it car” for Main Street U.S.A., another mustachioed Hollywood hunk did the same for the Ferrari 308 in the tonier sections of town. Somewhat ignored for a long time due to perceived lack of performance (they weren’t all that fast) and high production (about 15,000 total), these mid-engine V8s have endeared themselves to driving purists. They’re stick shift only, with unassisted steering and no electronic chassis doodads. The Leonardo Fioravanti design, always a stunner, only gets better with age. The early fiberglass cars are the rarest, and the 328 models are the fastest.

For the Art Lover: Maserati Ghibli

Designed by Giorgetto Giugiaro, working for Ghia, the 1967-1973 Maserati Ghibli is simply one of the most beautiful cars ever made. Not a pure sports machine like a Ferrari Daytona, the Ghibli was rather a high-speed grand tourer. The 4.7-liter V8 (4.9 in the SS model) combined the sophistication of its racing roots with a rumble and big-torque feel very familiar to American drivers. The Ghibli SS could hit 165 mph. If it lacked the chassis sophistication of a Ferrari, the Ghibli was still a capable handler and offered commendable comfort. The Ghibli Spyder is the rarest, accounting for 125 of the 1,170 built.

For Someone Who Has Everything: Lamborghini Islero

Here’s one for contrarians. The kids won’t believe you’re driving a Lamborghini when they see you pull up in an Islero. The successor to the 400 GT, the 1968-1969 Islero wore an elegantly conservative design by Carrozzeria Marazzi. The 4.0-liter, 6-carburetor V12 made 325 hp in the first-series cars and 350 hp in the “S” versions. Islero owners say it’s a dream to drive, and you can actually see out of it. Lamborghini made just 225 in total, so the Islero is a rare bull, named for one, in fact, that had killed a matador.

Fifty years after its historic 1-2-3 finish in the 24 Hours of Le Mans, Ford returned with yet another all-new GT and took first, third and fourth places in the GTE Pro class. Have you seen what’s happened to values of the 2005-2006 Ford GT? That was a nostalgia-inspired supercar for the road. The new Ford GT is almost purely racecar-for-the-street, including a carbon fiber tub and body, pushrod suspension, carbon ceramic brakes and even an air brake. Insert a 600+ horsepower twin turbo V6, 7-speed dual clutch transmission and sub-3,000-pound weight, and you’ve got an instant classic.

Remember your pedal car with the racing stripes? Here’s the adult version. Conjured by the hooligans running Jaguar Special Vehicle Operations, the F-TYPE Project 7 roadster pays homage to the marque’s Le Mans-winning C-Type and D-Type sports racers of the 1950s. The D-Type inspired fairing behind the driver is audacious for the sake of being audacious, and the sonic blast from the supercharged 575 hp 5-liter V8’s exhaust is no less audacious. If you didn’t get one of the 50 earmarked for the U.S. market, it’s no use asking Santa now. Just wait for the secondary market to present an opportunity.

The British blues-rock albums you received as gifts in the ’70s may have been re-mastered and re-issued for iTunes, but those who cherish the scratchy vinyl originals will love the beautiful, broad-shouldered 1969-1989 Aston Martin V8. The series began with the 6-cylinder DBS in 1967, with an undeniable American influence in its profile and proportions. The marque’s first V8 arrived for 1969 to complete the global muscle car persona. This Aston, too, became James Bond’s steed in 1969’s “On Her Majesty’s Secret Service” and then again in 1987’s “The Living Daylights”. Aston Martin made about 4,700 V8 models, a quarter of those the Volante convertibles.

If the 1969-1971 Mercedes-Benz 280 SE 3.5 convertible had a mantra, it would probably be “great design never goes out of style”. These are beautiful, rare and enjoyable automobiles, and built to last. The small V8 gave easy high-speed cruising when desired, but the car was made to slow down and drink in the scenery. It lacked a power top, and its air A/C was not up to American standards, but exclusivity, impeccable craftsmanship, timeless design and sheer driveability made up for those perceived shortcomings. With 1,200 made the Mercedes 280 SE 3.5 convertible is fairly rare. (Beware of counterfeits cut down from coupes.)

Truly a car without peer in its time, the Rolls-Royce Corniche convertible remains an opulent tribute to the luxury of leisure. Built from 1971-1995 with the same body, the Corniche exemplified the pillow-soft comfort end of the luxury-car spectrum. In that regard, its Silver Shadow underpinnings served it well for three decades. Don’t look for bolstered sport seats, a roaring exhaust note or stiff sport suspension. With about 210 hp, leisurely cruising was the Corniche’s forte, although Rolls Royce did close out the series with 25 “S” models for the U.S., featuring the Bentley’s turbo V8. All told, 5,160 Corniche convertibles were built.

When making holiday visits bearing gifts, why not go in pure Italian style? The Levante, Maserati’s first SUV, respects the marque’s rich history. Based on the Ghibli sedan, Levante offers the same choice of 345 hp and 423 hp twin turbo 3.0-liter V6 engines. The Levante accelerates and handles like a Maserati should, and sounds like one, too. With the famous Maserati grille up front and nary a straight line anywhere on its body, the Levante looks menacing and elegant at the same time. Standard Q4 all-wheel-drive and selectable ground clearance can get you through the woods to grandmother’s house. It’ll even tow 6,000 pounds.

If the Maserati Levante seems a bit too common for hauling the family, consider the Ferrari GTC4 Lusso. Essentially the redesigned FF, this four-seat GT combines sheer power with the versatility of a hatchback and unique 4RM all-wheel drive. The 6.3-liter V12 releases 680 horses for the promise of a 208-mph maximum velocity. Ferrari’s chassis magic is present and accounted for with the electronic differential (E-Diff), SCM-E dampers and Slip Side Control system. If you can live without the all-wheel drive and settle for a sub-200 mph top speed, Ferrari just introduced the GTC4 Lusso T with a 601 hp 3.9-liter twin-turbo V8.

Whether you’ve been nice or maybe a little naughty, gifting yourself any one of our 12 Classics Cars of Christmas is sure to get the New Year off to a rousing start. Some remind us of what makes a true classic – timeless design, a sculpture of an engine and handcrafted workmanship. Others, like the Ford GT and Jaguar F-TYPE Project 7, renew our faith that somewhere, true auto enthusiasts are and always toiling away to create wonderful new toys.