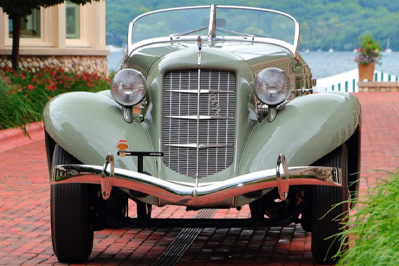 Bad Timing For An American Dreamcar

One could argue that Volkswagen Group has brought to fruition a dream once espoused by American business tycoon, Erret Lobban Cord. Audi, Bentley, Bugatti, Lamborghini and Porsche cover a gamut unmatched by any other carmaker. The group even includes Ducati, a motorcycle coveted around the world.

Cord, you might recall, put together a luxury car empire of his own in the 1920s when he bought Auburn and Duesenberg, and then added his eponymous brand to the mix. (Cord also owned Checker Cab.) Although Cord’s car-building dream collapsed in The Great Depression, the venture left behind a selection of breathtakingly beautiful, desirable and valuable automobiles.

The 2018 Monterey auctions were notable not just for the usual record-setting Ferrari sales, but also for a very strong showing among pre-war American cars. The 1935 Duesenberg SSJ LaGrande Roadster once owned by Gary Cooper stole the headlines in that realm with a $22m sale, but Gooding & Company and Mecum each sold an Auburn Super-Charged Boattail Speedster for just over $1m.

Launched in the Depression, the stunning Auburn 851 never really had a chance, nor did the Cord 810/812 series, released the same time as the final Auburn. The Cord was painfully beautiful and more advanced, but was another sad drag on Cord’s far-reaching ambitions. His empire included engine manufacturer Lycoming and airplane maker Stinson and many other holdings. 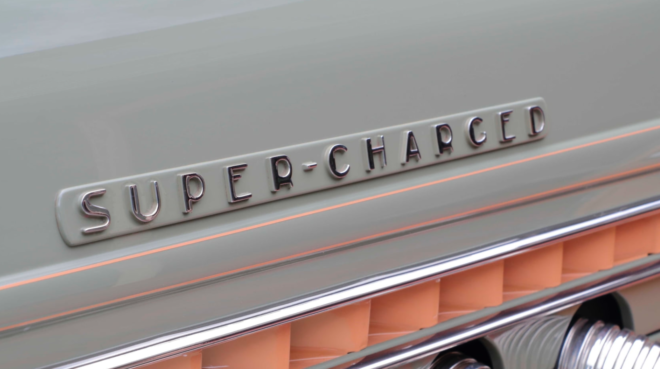 Cord began managing Auburn in 1924 and took it over four years later. A niche premium carmaker, Auburn saw sales climb even after the stock market crash of 1929, peaking at just over 32,000 in 1931, when it placed 13thamong American carmakers. The following year, Auburn jumped into the V-12 fray with the most affordable car available with that engine configuration.

Sales plummeted to 4,000 cars in 1934. That year, Cord himself took off for England, reportedly due to kidnapping threats against his children but perhaps also to duck questions about company management.

Nevertheless, the company, guided by Duesenberg president Harold Ames, delivered 1935 851 Supercharged series designed by Buehrig. All were beautiful, but the Art Deco masterpiece of the line was the Speedster, which reprised the boat-tail style Buehrig had introduced in 1931.

The Speedster was a stunner with its pontoon fenders, swept-back grille and windshield and of course the long, tapered tail. Built on a 127-inch wheelbase, the Speedster was a big car that carried just two on its single bench seat. The price was $2,245 in 1935. 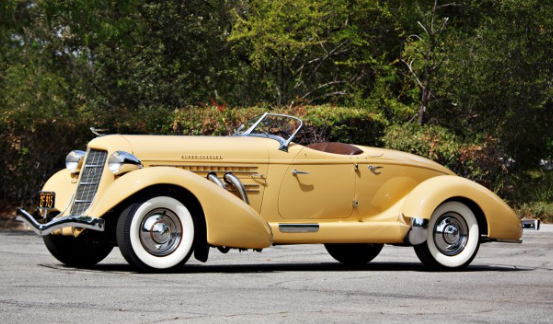 The Auburn 851 Speedster had the guts to back up the look. The Lycoming-built 280-cubic straight eight used a Schwitzer-Cummins supercharger to make 150 horsepower, up from the stock Auburn eight’s 115 and quite impressive for the mid-1930s. The three-speed manual transmission sent torque back to a standard Columbia dual-ratio rear axle. The driver switched between the two ratios using a lever on the steering wheel.

For maximum acceleration (0-60 in about 15 seconds), the driver could start off with the 5.1:1 ratio. The 3.47:1 ratio provided quieter performance and easier cruising. One could switch between the two ratios in any of the three forward gears, or even reverse. The switch could be used, for example, to provide an “kickdown” for while cruising in third gear. In any case, the 3,700-pound Speedster moved with a lot of verve for the day.

Auburn established the Super-Charged Speedster’s cred by sending racer Ab Jenkins to Bonneville to set a speed record. He raised the bar in 70 AAA records for stock cars in a 24-hour run.

Auburn used the feat to promote the Speedster in the most overt way: affixing a plaque to the dash of every one built, reading: “This certifies that this Auburn Automobile has been driven 100.8 miles per hour before shipment.” Although an Auburn Super-Charged Speedster could probably achieve that speed, the plaque was marketing fluff, though a very cool feature.

For 1936, the car’s name was changed from 851 to 852. The following year, Cord got out of the car-building business with a nearly $3m sale and remained quite wealthy through real estate endeavors. 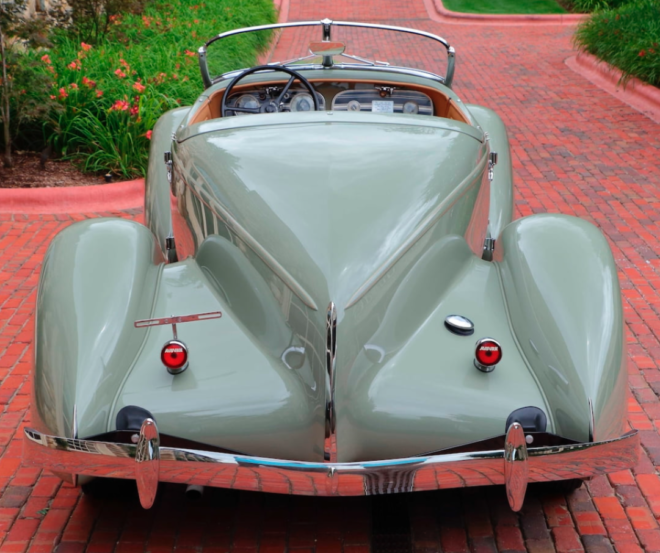