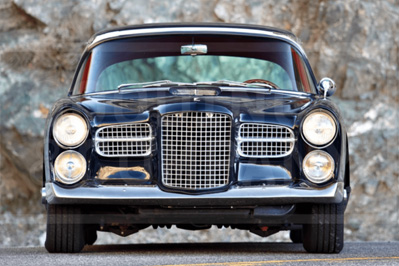 We used to call them hybrids, European luxury GTs powered by American V8s. Today, we call then collectibles, classics, and investments. Gooding & Company will offer one of the most memorable of these, the French-built, Chrysler-powered 1961 Facel Vega HK500.

Stirling Moss, Ava Gardner, Tony Curtis, Danny Kaye, Joan Fontaine, Ringo Starr and other famous names owned Facel Vegas. The Gooding car, originally sold in Pasadena, Calif., may have been owned by Frank Sinatra’s Reprise Records, although this account remains uncorroborated, according to Gooding. Still, it’s not difficult to see Ol’ Blue Eyes behind the wheel of such an elegant, yet slightly brutish, coupe.

Can you see yourself behind the wheel? Gooding lists a pre-sale estimate of $225,000-$275,000. Restored in 2015, including a bare-metal repaint in the factory-correct Brunswick Blue, this Facel Vega HK500 features upgrades for easier driving include dual-circuit power brakes and modern in-dash air-conditioning. It recently won awards at several California Concours d’Elegance. 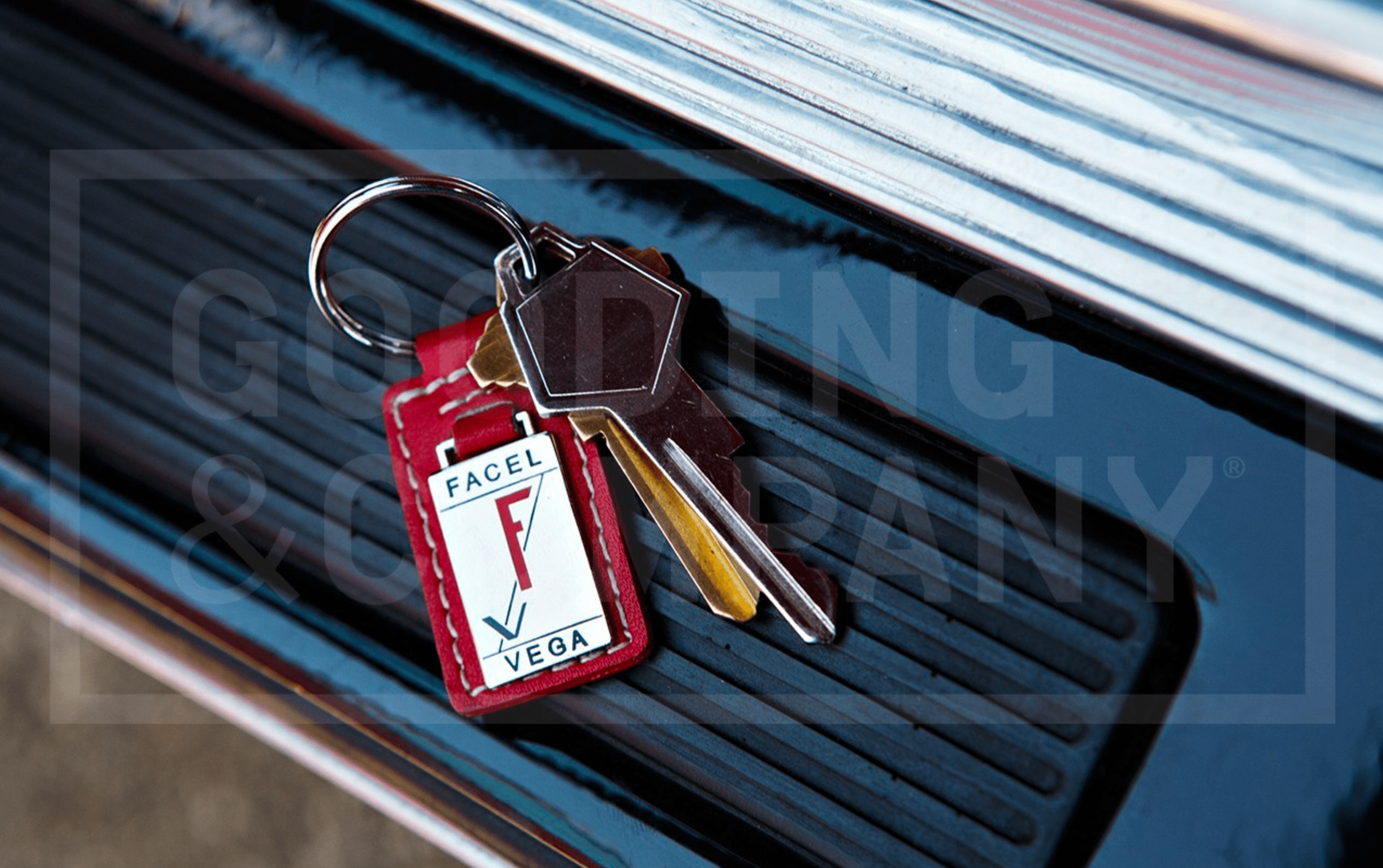 Introduced in 1954, the Facel Vega was a 2+2 GT with elegant bodywork designed by its creator, French industrialist Jean C. Daninos. He’d spent WWII in England making aircraft components but had an automotive background before that. After the war, he returned to France to once again run his metal-stamping company — Forges et Ateliers de Construction d’Eure-et-Loir, or Facel for short.

Facel had been stamping sheetmetal parts for a re-emerging French auto industry. France’s postwar austerity left no place for the great pre-war luxury marques, but Daninos saw a market for such cars, even if most customers would be in other countries. He designed and built a limited-production car called the Cresta on a Bentley chassis, and then decided to build something of his own. 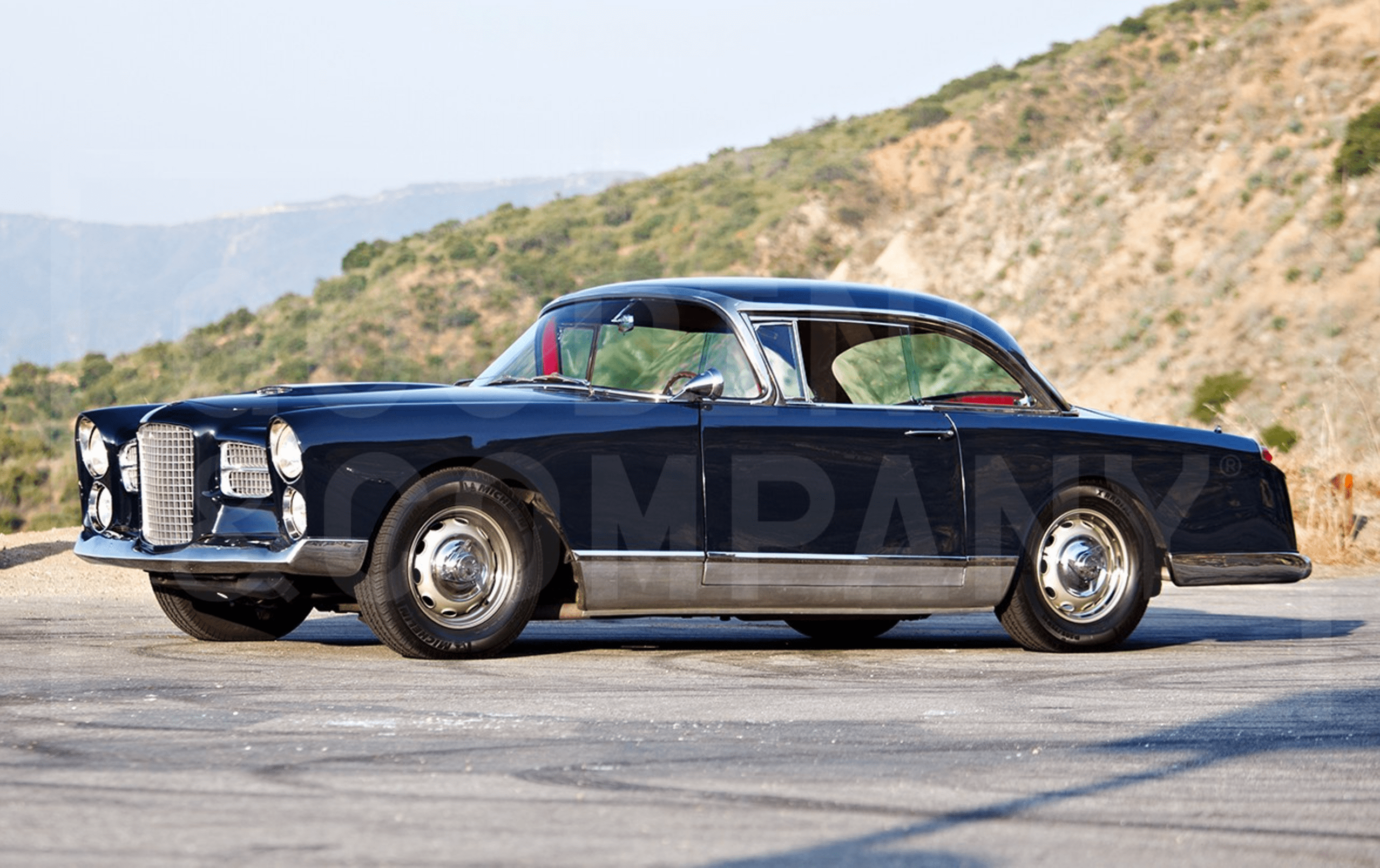 Daninos designed the body for the 1954 FV, an elegant featuring a tasteful blend of European and American cues. A rigid welded steel frame featured double-wishbone front suspension and a stamped-steel body structure. Rear suspension was by solid axle on leaf springs, common for the time. The Vega name was suggested by Daninos’ brother, Pierre. 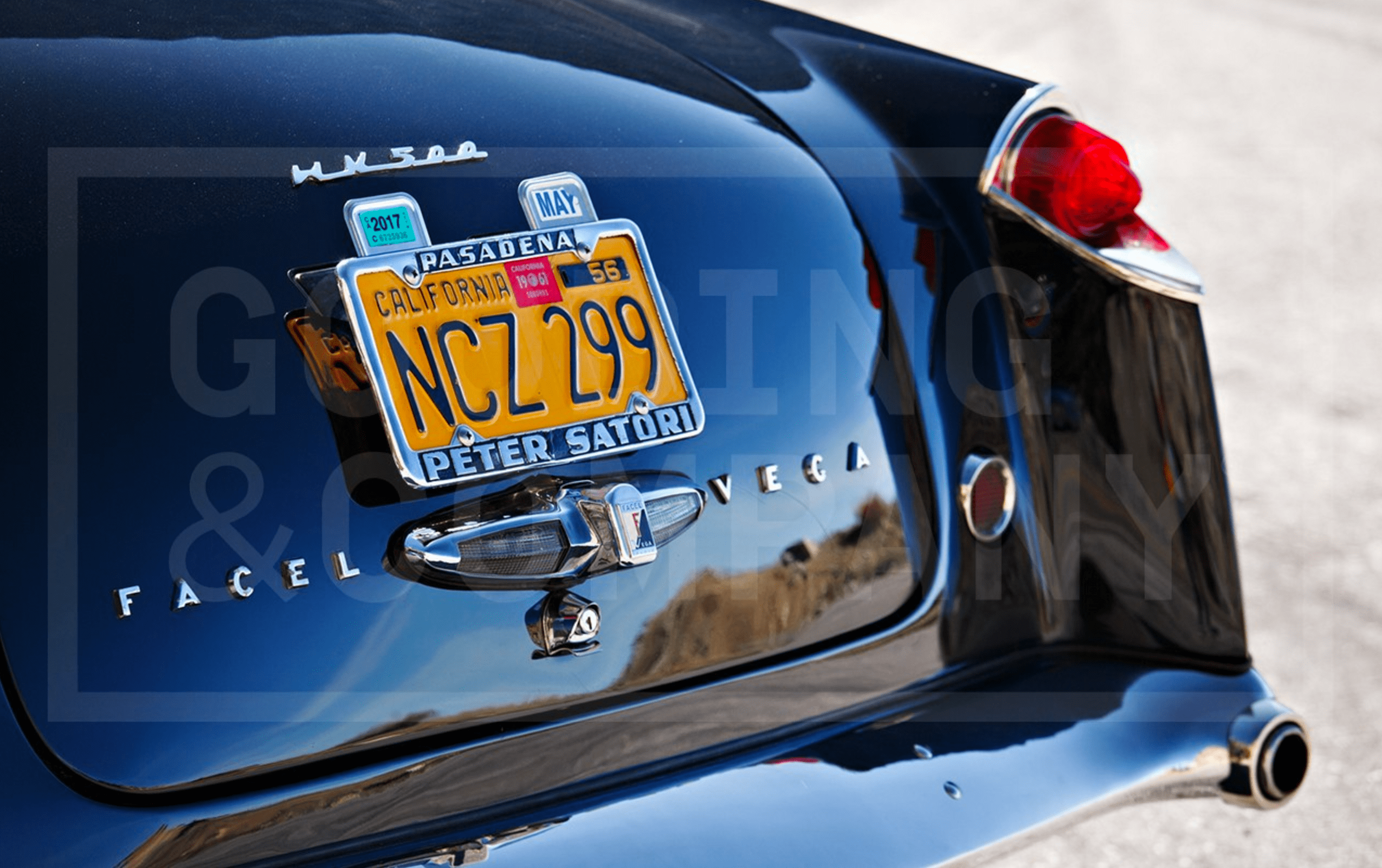 Daninos drew on his relationship with Chrysler to secure an engine, the 276 cubic inch (4.5-liter) DeSoto version of the company’s famous Hemi V8, along with Chrysler’s 2-speed PowerFlite automatic transmission. Top speed with the automatic was about 120 mph, slightly lower with the optional Pont-a-Mousson 4-speed manual.

Although the Facel Vega was smaller than a Bentley Continental, luxury was in the same vein, featuring an aircraft-like instrument panel, power windows and Connolly leather upholstery. The car cost $7,500 in the U.S. in 1955 – a bit more than a Mercedes-Benz 300SL Gullwing. 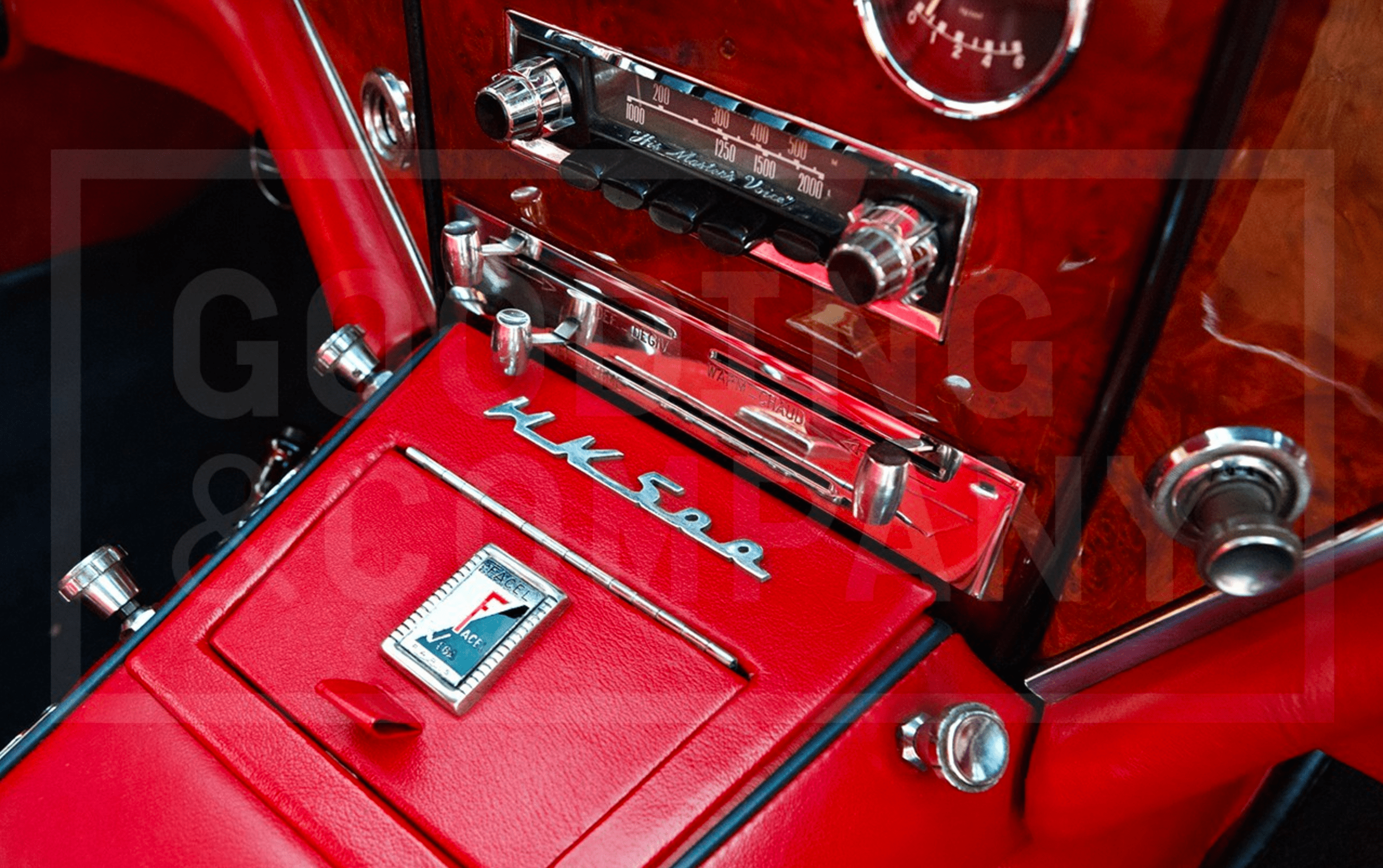 By 1956, the Facel Vega had added a wraparound-style windshield popular on Detroit models, and output was now 255 horsepower with De Soto’s 330-c.i.d. Hemi V8. In 1957, the Facel Vega added stacked quad headlights, and Chrysler’s famous 3-speed TorqueFlite automatic transmission replaced the old PowerFlite. The same year, the company introduced its big sedan, the Excellence, and the coupe was renamed FVS (for Facel Vega Sport). 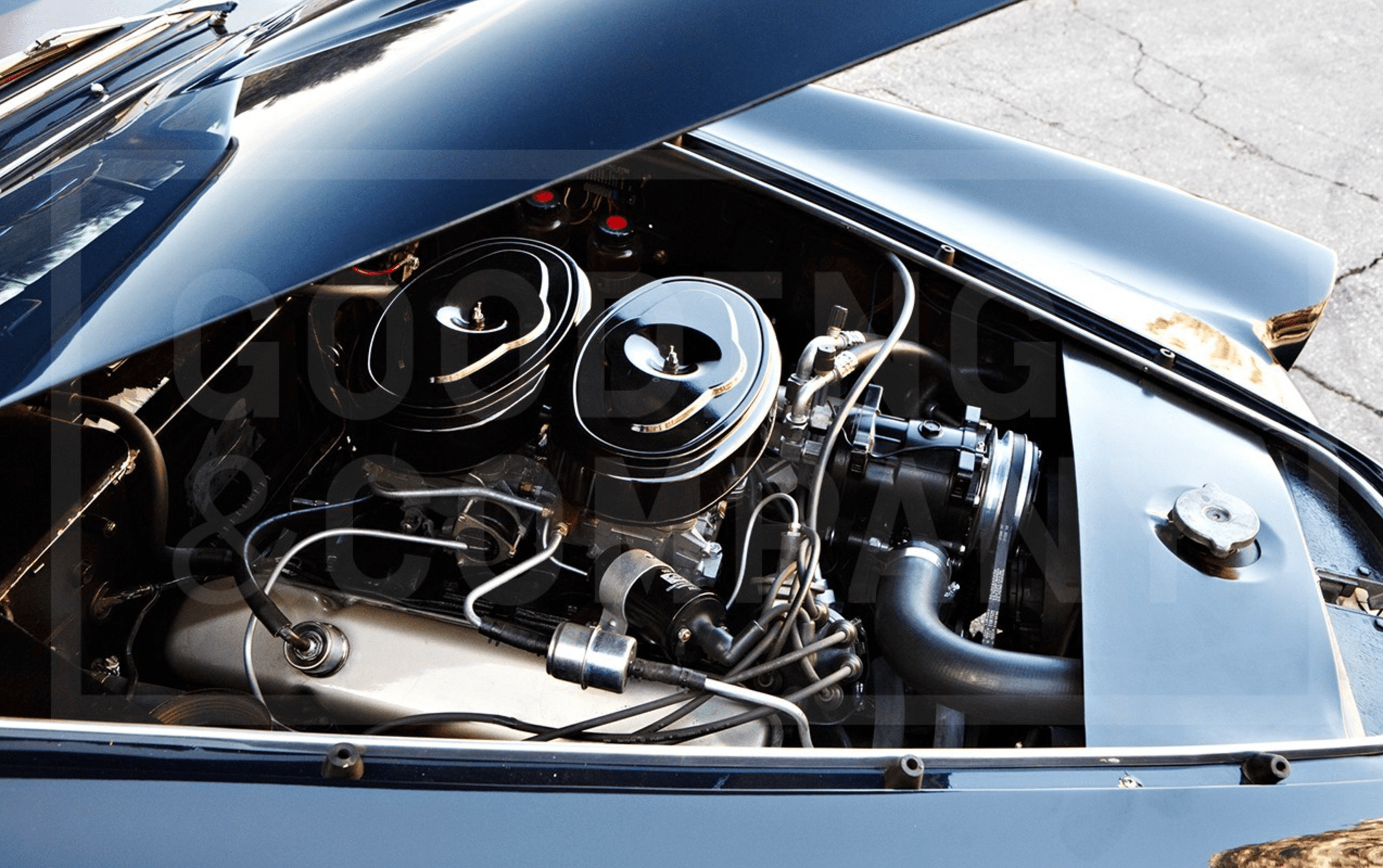 By then, Facel was on the ropes, largely due to its foray into a more “affordable” segment with the four-cylinder Facellia sports car, which failed due mainly to a faulty four-cylinder engine made by Pont-a-Mousson. All production ended in October 1964.