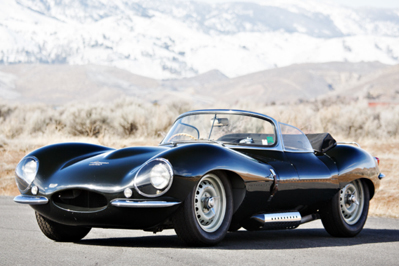 With a carefully selected docket of vintage collectibles and modern exotics, Gooding & Company’s Amelia Island Auction has earned its reputation as one of the East Coast’s premier auto auctions. A highlight of this year’s sale is the 1957 Jaguar XKSS. It is poised to reach 8-figures, as well as eleven cars predicted to fetch over a million dollars. Here are a few of our team‘s favorites from the lineup Gooding is bringing to the Amelia Island Concours d’Elegance weekend.

Juan Garcia, Premier’s West Coast Sales Manager, is watching the 1961 Alfa Romeo Giulietta at Lot 10. As a Giulietta with the Sprint specification, this stylish coupe boasts an efficient 100 bhp 1.3 liter engine. Therefore, the perfect steed for a vintage rally. Still wearing a bare metal restoration from the 80s and its original, aerodynamic Bertone coachwork, this Alfa is a poster-child for preservation

As the owner of a 1967 Mustang Fastback, Southwest Sales Manager Michelle Yancey has a personal connection to the 1968 Shelby GT500 at Lot 8. Its 428 cubic inch “Cobra Jet” V-8 made it one of the most powerful production muscle cars. Additionally, power-steering and disk brakes keep it quite livable.  Aptly coined the “King of the Road,” this convertible is the ultimate iteration of the Ford Mustang.

Lot 41‘s 997 GT2 RS isn’t just one of the fastest road-going Porsches ever made. It’s also a favorite of Premier’s Southeast Sales Manager, Chris Warren. The GT2 RS was Porsche’s most exclusive, most powerful road car of the period, with a turbocharged 3.6 liter flat six capable of producing 620 hp.  Based on the already track-ready GT3 RS, the GT2 featured lightened components, upgraded suspension, and exotic styling.

The pristine Aston Martin DB4 at Lot 52 has caught the eye of Northeast Sales Manager Keith Neelans. The DB4’s uprated 4.2 liter straight-six develops 303 bph, held in check by four-wheel disk brakes and independent front suspension. Exhibited at the New York International Auto Show in 1960 and finished in Snow Shadow Grey over red Connolly leather, this Aston Martin is as at home on a concours green as it is on the road.

Premier’s corporate office in Woodbury, Connecticut is excited to watch the bidding on the 1967 Maserati Mistral at Lot 17. Last registered for the road in 1983, this Maserati is a genuine barnfind, still covered in the patina of dust it was found in and offered in unrestored, all-original condition.  Only 120 of these Mistral Spiders were made, and only 37 had the larger 4.0 liter, fuel-injected 6-cylinder engine. Bidding for this Lot will be fierce; even though it would take a tremendous amount of work to fully restore this Spider, there will never be another opportunity to own one so original.

Gooding and Leasing with Premier

As a frequent partner of Gooding & Company, Premier Financial Services has the expertise to assist in even the most exclusive auction acquisitions.  Our Simple Lease can be the difference between the winning bid and missing out on a unique opportunity.  If you’re planning on vying for one of the fine automobiles on sale at Amelia Island, be sure to brush up on Auctions 101.