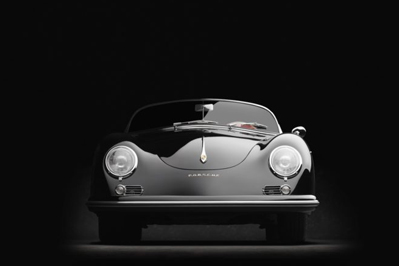 One Car, Many Versions and Visions

So, then, what was the catch on a $25,000 356? It was a non-running, rusty hulk said to contain its original engine but in need of full rebuild and restoration from the wheels up, that’s what. Such is the state of the 356 market that a rust bucket stored outside through who-knows-how-many Lake Michigan winters can net its seller enough to buy a fairly late model Boxster. 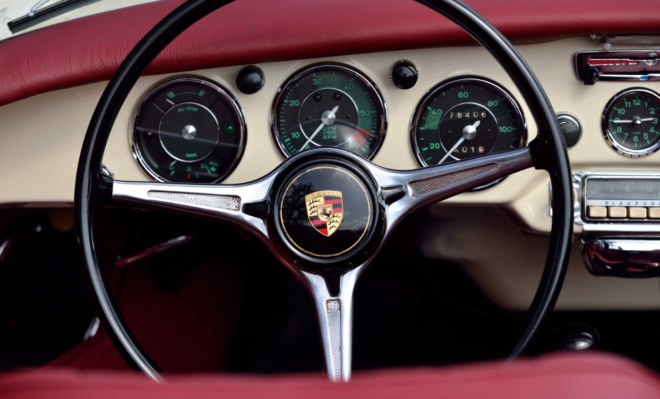 Despite the Porsche 911’s immense and ongoing success, the 356 series has always maintained a loyal fan base. The 356 was, however, a notorious ruster, which claimed many of the 76,000 built from 1948-1965. The rarest, including the first 50 or so coupes hand-built in Gmund, Austria between 1948 and 1950, plus some later models, can fetch $1.5 million. Meanwhile, many 356 enthusiasts prefer to modify their cars for better performance, some going to extremes to build “outlaw” cars. 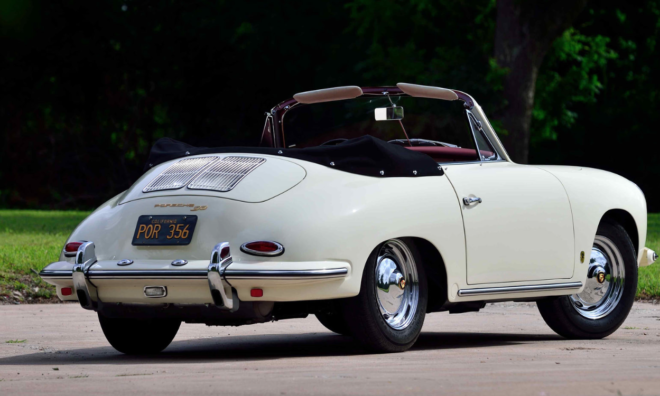 The basic Erwin Komenda-designed bathtub-shaped body remained largely the same throughout the Porsche 356’s run, updated with different windshields, back windows, engine grilles, bumpers and other details. The major body and mechanical changes were delineated by model series: the 356A arrived in 1955 with a host of improvements; the 1960, 356B brought the most significant design updates, and the 1964 356C had four-wheel disc brakes.

Over the course of production, there were several open and closed body styles, including limited-production special bodies like the very rare 1952-1953 America roadster and the 1961-1962 Karmann-built “notchback.” 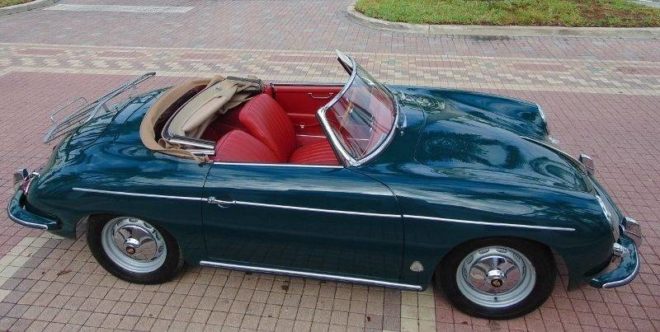 The Porsche 356 series began with engine and chassis pieces based on the Volkswagen, itself engineered by Ferdinand Porsche before WWII. The earliest Porsches served up a meek 40 hp from 1.1-liter engines, but the cars weighed just 1,300 pounds. Prepared for competition, a 1.1-liter coupe won its class at the 24 Hours of Le Mans in 1951.

As improvements came, pure Porsche hardware replaced VW parts. Most 356 models had pushrod engines in the 1.3-1.6-liter and 60-90 hp range, the top models designated as “Super.” The most powerful 356 models, those with the DOHC Carrera engine shared with the 550 Spyder, exceeded 100 hp and do 0-60 in under 9 seconds.

One could order the 4-cam engine in the various body styles from 1956-1959. It was expensive to buy and maintain and expensive to rebuild, but those equipped with this engine are today among the most valuable 356 models. Whatever was under the rear hood, the 356 was a sports car driver’s delight, with satisfying road manners not seen in British sports cars. 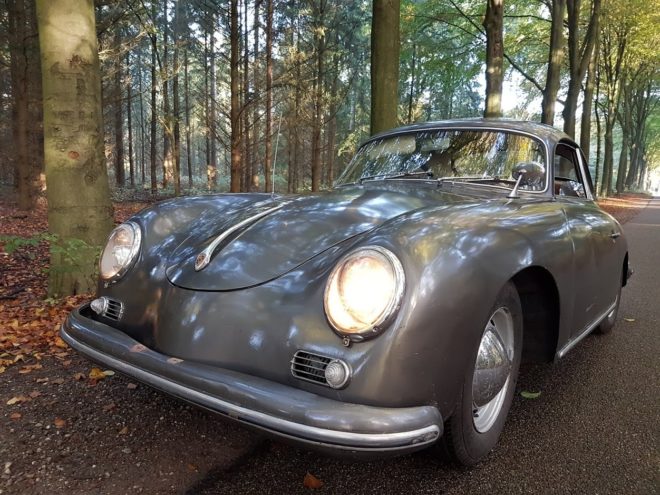 The Speedster: From Ragged to Riches

Fun and agile though it was, the 356 was no match for the raw speed of such big dogs as the Jaguar XK120. Yet, a 356 could cost several hundred dollars more than the Jag, to the dismay of some potential customers in America.

When Porsche’s American importer, Max Hoffman, suggested building an elemental and more affordable version of the 356 to broaden the market, the sports car maker responded with the 1954 Speedster. Its body used side curtains instead of roll-up windows and featured a stripped down interior and a lower windshield that could be removed for racing.

The Speedster’s $2,995 price was a bargain compared to the $4,000+ prices of other 356 models. Porsche made about 4,000 Speedsters through 1958. For 1959, the 356A Convertible D that replaced the Speedster kept some of its features but was less plush than the Cabriolet model. (“D” stood for Drauz, the company that made the bodies.) 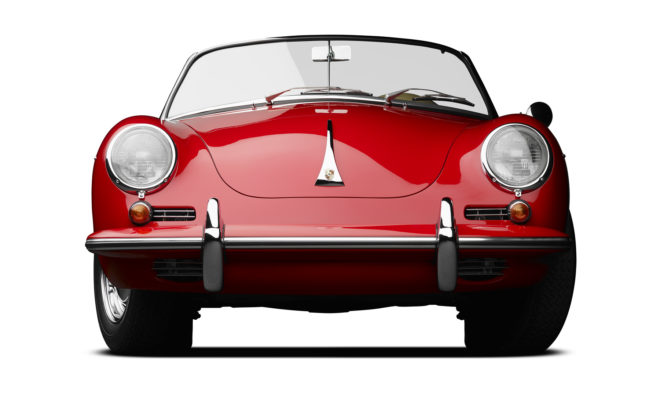 Take one 1958 GS Speedster (Carrera engine), add the GT racing spec and celebrity provenance (Jerry Seinfeld) and you get a $1.54 million sale at the Gooding & Company Amelia Island auction in March 2016.

Yet, even for a “run of the mill” 356, rock star celebrity can eclipse racing provenance. Seinfeld’s racer-spec Speedster came up a bit short compared to

the 1964 Porsche 356C Cabriolet that blues-rock singer Janis Joplin bought used in 1968 and drove until her death in October 1970. Even though the colorful mural covering the car’s body had been recreated in a 1990s restoration, the Joplin 356 brought a whopping $1.76 million at the Sotheby’s “Driven by Disruption” auction in December 2015.