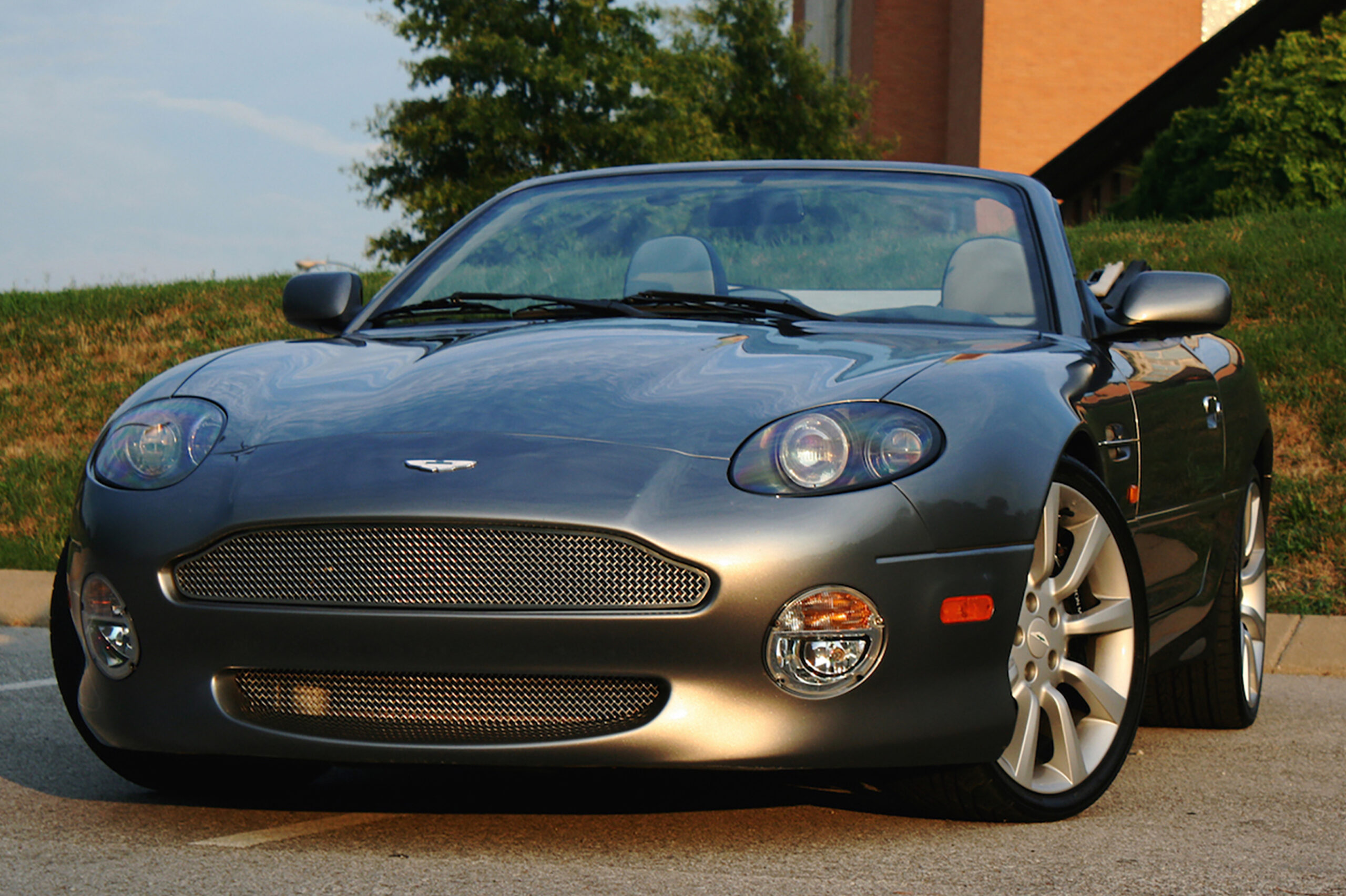 The Rebirth of Aston Martin.

If you’re driving a modern Aston Martin, the next time you meet a Ford product at a traffic light, you might want to give its driver the thumbs up sign, if only in your mind if you don’t want to raise suspicions. The company’s international shopping spree in the late 1980s and 1990s that netted Aston Martin, Jaguar and Volvo essentially saved each marque.

For Aston Martin, the first car developed under Ford ownership, the DB7, moved the storied marque into a higher-volume segment, putting the marque on a successful road that continued after Ford sold it in 2007. A DB7 offers an astonishingly accessible route to driving an Aston Martin modern classic. 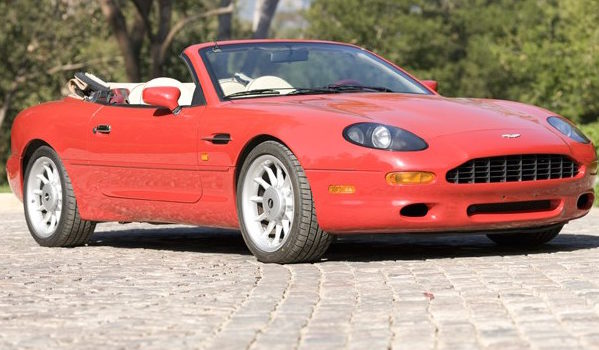 The Aston Martin DB7 differs from both its predecessors and successors in significant ways. To jumpstart DB7 development, Aston Martin employed the services of Tom Walknshaw Racing (TWR) and turned to Jaguar for a foundation.

Jaguar just happened to have what was then called the F-Type, a successor to the XJ-S, sitting undeveloped on the shelf. (It was unrelated to today’s jaguar F-TYPE.) TWR adapted the components as needed, including a supercharged version of the Jaguar’s last inline-six engine. The strategy was not without precedent; the Aston Martin DB2 had used the Lagonda engine, that marque having also come under David Brown’s ownership at the same time as Aston Martin.

Designed by Keith Helfet, the F-Type body became the DB7 thanks to work by Ian Callum, then head of TWR Design. The result looked fantastic. The general layout, curvy body and inline six engine all recalled the earlier DB series, and lack of the Aston Martin V8 seemed to preclude linking it to the hand-built Virage (which was then renamed V8 Vantage). And so the new Aston Martin was called DB7, essentially leaving the 1969 and later DBS and V8 models out of the lineage. 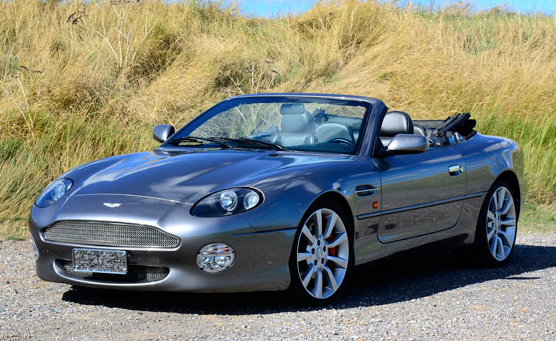 The DB7 was built at the factory that had been purpose-built to make the Jaguar XJ-220 supercar. It would be the only Aston Martin built there. The DB7 was the first – and also last — Aston Martin to use steel unitized body construction, owing to its Jaguar donor.

Although not hand-built, the DB7 came down an assembly line that was not exactly running at a Ford Explorer pace, either. Exclusivity was assured, even as production numbers soared past anything in Aston Martin’s history.

With 335 horsepower, the Aston Martin DB7 was no slouch. However, by the 1990s, the customer for such a car was looking for more than the supercharged six could deliver. Aston Martin had just the thing on the way, in both coupe and Volante forms. 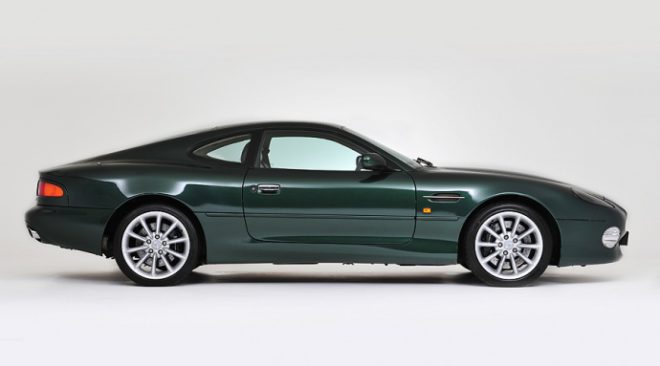 Testing a DB7 Vantage V12 for its September 2000 issue, Car & Driver got 0-60 in 5.1 seconds and a top speed of 182 mph from the luxurious two-ton coupe. The road testers were also pleased by the car’s sound.

“For the record, the Aston Martin Symphony for 12 Cylinders and 2 Exhausts is the sweetest sound on tuned pipes this side of J.S. Bach himself,” the magazine said.

“The DB7’s forte is high speed on the highway. This is a car that cruises effortlessly at 120 mph while remaining rock steady. It would be our choice of the three for a 1,000-mile dash across the European continent, which is what we did, bringing the car from its English homeland to meet its rivals in Italy.” 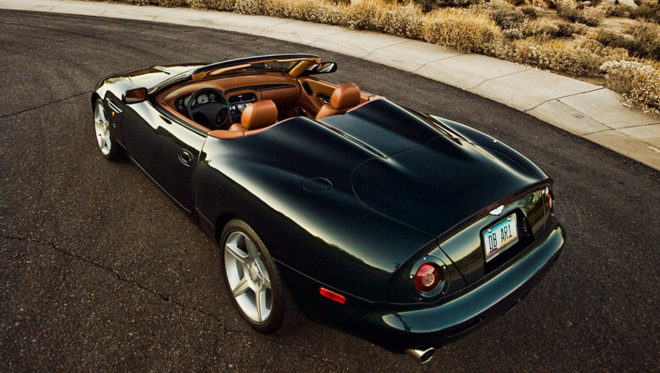 Into the 21st Century

With the DB7, and especially the V12 Vantage versions, Aston Martin put itself firmly back in the luxury GT business. Special models followed, including the 1998 Alfred Dunhill Edition (150 made) and 1998 Neiman-Marcus Edition (10 made) in the six-cylinder version, and then the more powerful V12 GT and GTA, and DB AR1 and Zagato models in the V12.

When production ended, more than 7,000 DB7s had been made, making it the most prolific Aston martin until and setting the tone for production models to follow it.