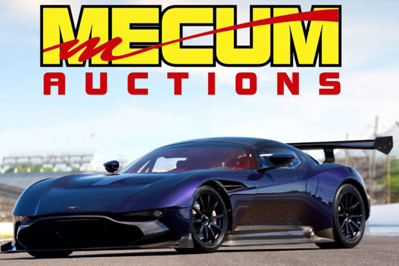 This year’s Mecum auction in Monterey is a veritable car enthusiast’s candy store; their docket has 600 vehicles for sale over three days, from a Ferrari LaFerrari and a Porsche 911 GT2 Evo to a slew of muscle cars and the first road-going Ford GT40 delivered to America. Whether your budget tops out at $10,000 or $10 million, Mecum has the right car for you – the only difficulty is choosing. Our team of automotive experts will be in attendance for this high-energy event, ready to tailor a lease to suit your needs. Here are a few of the cars they’ll be watching for in their spare time.

Widely lauded as one of the most beautiful designs ever to top four wheels, it’s hardly a surprise that Premier’s West Coast Sales Manager, Juan Garcia, chose this 1968 Lamborghini Miura. This mid-engined V12 coupe began Lamborghini’s bull-themed naming convention and signaled a turn away from their luxurious grand touring origins. The example offered at Lot S77 is particularly noteworthy for its numbers-matching engine and long-term single family ownership.

Keith Neelans, our Northeast Sales Manager and in-house Porsche expert, is interested in the 1974 911 at Lot F65. This impeccably original Porsche has a chocolate exterior marked with a vintage hood decal – listed on the window sticker as “safety striping.” This 911 is of the first generation to feature front and rear impact bumpers and emissions controls. However, the bumpers are tastefully integrated and the power-stifling emissions measures are more than made up for by an increase in engine displacement.

The 1998 Ferrari 550 Maranello at Lot S26 is a favorite of our Southeast Sales Manager, Chris Warren. The 550 replaced the Testarossa-based 512 and represented a shift back to the front-engined GT layout last seen on the 365 Daytona. This example is garbed in Ferrari’s classic Rosso Corsa and features a 5.5 liter V12 mated to a rare 6-speed manual transmission. The value of this model has enjoyed a meteoric rise in the last year, a trend Chris has been watching closely.

Michelle Yancey, Premier’s Midwest Sales Manager, has her eye on the 2004 Porsche Carrera GT offered at Lot F133. The Carrera GT boasts a 5.7 liter V10 that develops over 600hp at 8,500 rpm, completely unfettered by modern driver’s aids. Its carbon fiber monocoque chassis came directly from their Le Mans prototype racecar. Those stats add up to vehicle that is downright dangerous in unskilled hands, an untamed character that has made the Carrera GT a bluechip collectible. The clincher? This one has less than 2,500 miles on the odometer. 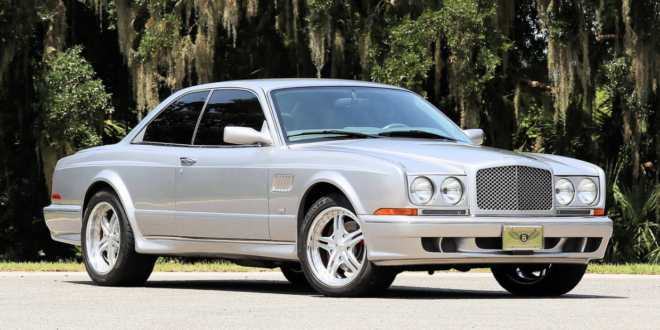 Back at home base, our corporate office in Woodbury Connecticut will be watching the 2002 Bentley Continental R Le Mans at Lot F20. The Continental R was one of the first factory-built Bentleys to not share a body with a Rolls-Royce since the latter gobbled up the former in the 1930s. Going back to Bentley’s performance roots, this almost three ton two-door was capable of 170mph thanks to its 6.75 liter, 420hp V8. The example on offer is a “Le Mans,” one of just 16 sold to America with reduced weight and added power that originally retailed for well over $300,000.

No matter which of the three days you attend, there’s an automobile for every sort of enthusiast, from track-eating monsters like the Aston Martin Vulcan to cultivated convertible cruisers like the Rolls-Royce Corniche. Regardless of your interest, our team will be on site to assist you with the acquisition of any high-end motor. But, even with Premier in your corner, be sure to consult your auction basics before bidding; the stakes are high at the Monterey auctions.