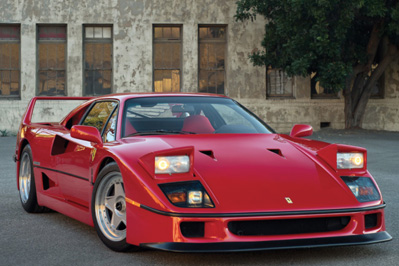 Ferrari Returned to Its Roots for This 40th Anniversary Sensation

The mere mention of the Ferrari F40 elicits a sense of awe even from those who have sampled today’s fastest supercars. Yet, the F40 does not belong in their class. It was in its own class when it debuted in 1987, and it remains a trophy today for those assembling collections of Ferrari supercars, including the F50, Enzo and La Ferrari that followed.

Ferrari built just over 1,300 F40s, making it the most prolific of the aforementioned ultra Prancing Horses. Yet, that “high” production number has never dissuaded collectors from acquiring one.

If you’re in the market for an F40, you probably aren’t concerned about parts costs. But for the curious, here are a couple of choice nuggets: a windshield is about $8,000; the clamshell front end is about $35,000. 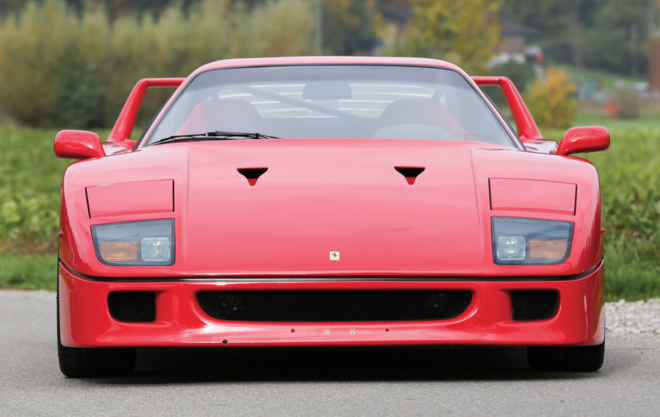 Twin-turbo V8s are a mainstay of the Ferrari line, the current 488 GTB and GTS and California T using them to great effect. In the 1980s, though, turbos were new technology in Maranello.

Ferrari’s first Formula 1 racer with a turbocharged engine appeared in 1981. The following year, its first turbocharged production models, the 208 GTB and GTS Turbos, debuted for the Italian market. There, the 220-horsepower 1,990cc V8 engines triggered a lower value-added tax than the 3.0-liter versions.

In 1984, Ferrari applied dual turbos to a 400-horsepower 2.9-liter V8 in the 288 GTO. As with the 250 GTO of the 1960s, the letters stood for Gran Turismo Omologato; the 288 GTO was a homologation special for the FIA’s Group B race series. When that series was cancelled before the 288 GTO had a chance to compete, production of the road cars continued with 272 built. 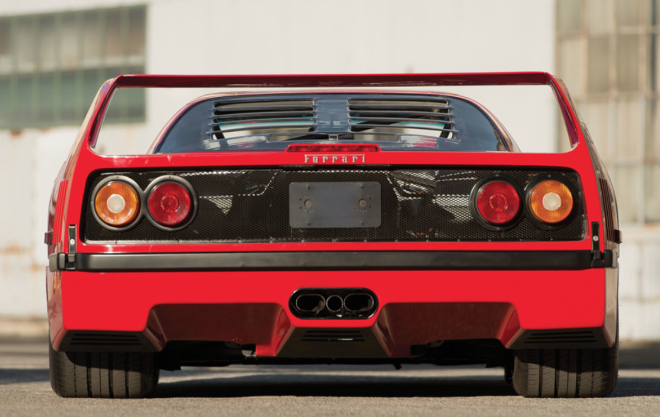 For Ferrari’s 40th year of producing cars, Enzo Ferrari reportedly requested that the company build a no-holds-barred sports car akin to the road/race models made in the 1950s and 1960s.

Ferrari built the F40 for the purists, period. With a body built from Kevlar, carbon fiber and aluminum, the F40 weighed just a bit over 3,000 pounds in U.S. spec. The engine cranked out 478 horsepower and 424 lb.-ft. of torque, well beyond the naturally aspirated 12-cylinder in the much heavier Testarossa. All F40s were painted rossa corsa (red) from the factory, though some sources say a few were special-ordered in black or yellow, and others were repainted after purchase.

What Ferrari left out of the F40 made clear what kind of car it was. There was barely any sound insulation, and no radio. There weren’t even interior door handles; you reached into a recess in the door to pull a cable. Early cars had sliding Lexan side widows; later versions had hand-cranked roll-up windows. There was no luxury here. The F40 was a track car that you could drive on the street, not the other way around. 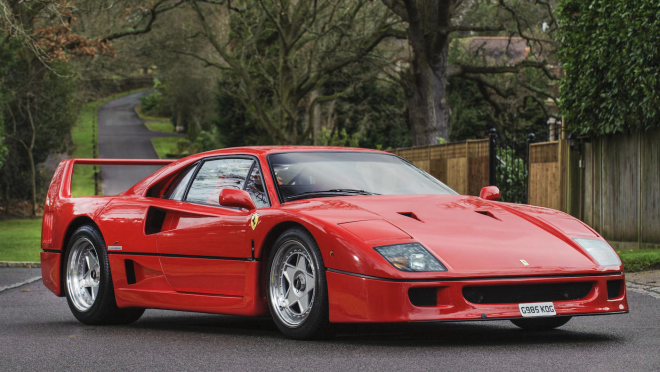 The Truth About Driving a Ferrari F40

The F40s that come up for auction generally have very low miles. One reason is that owners want to preserve value. Yet, a look at how Car & Driver described driving the Ferrari F40 in comparison to the Lamborghini Diablo suggests that the car’s extreme performance made driving and F40 a kind of occasional treat.

“Just lit off both F40’s turbos, in second gear. Was actually bending steering wheel, trying to hold on, as if atop a tasered bull or a rocket-propelled grenade. Shift at 7000, head-snapping jolt, seismic shudder as wastegate thwacks after each upshift, big breath, eyes up, too easy to misjudge overtaking speeds.” 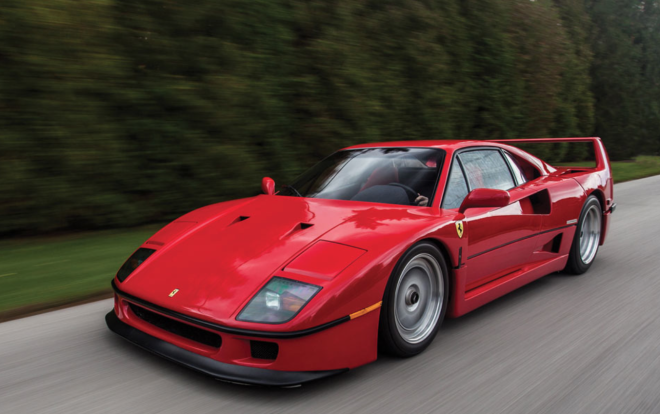 The magazine was less thrilled with build quality or comfort of the F40 or Diablo:

“Both are so mechanically delinquent that an onboard mechanic is advised. And both deliver a determined dose of driver discomfort found in few confined spaces this side of a Bangkok debtors’ prison.”

And that is why Ferrari collectors revere the F40. This was Enzo’s legacy.