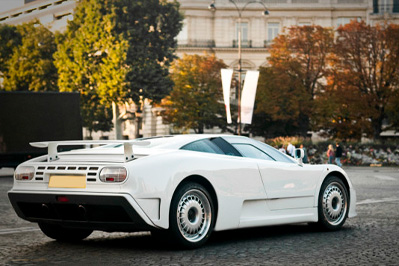 We all know about pre-war Bugatti. The brainchild of Ettore’s uncompromising design, both aesthetically and mechanically. Among his cadre are the type 57 Atalante, the famed Aerolithe, and the absurd Royale on top of 40 years of building excellent racing cars.

We all know about VW’s Bugatti. The ostentatious Veyron with its muscular curves and the 8 liter W-16 that won it a couple world-records. Now, with the unveiling of the targa-topped Chiron, Bugatti has begun to define itself purely in terms of straight-line speed. Claiming to have made the best even better, Bugatti seems to have failed to question if the highest top speed equates to being the best.

But what about the ill-fated Bugatti of the 90s? The EB110 that was born of Italian auto-importer Roman Artioli’s questionable investment was one unprecedented ugly duckling, turning heads for four short years before the company went bankrupt. Sure, the EB110 never made it to the level of teenage pinup, but it was more than just a Guiness-aimed PR exercise. It was an achievement. 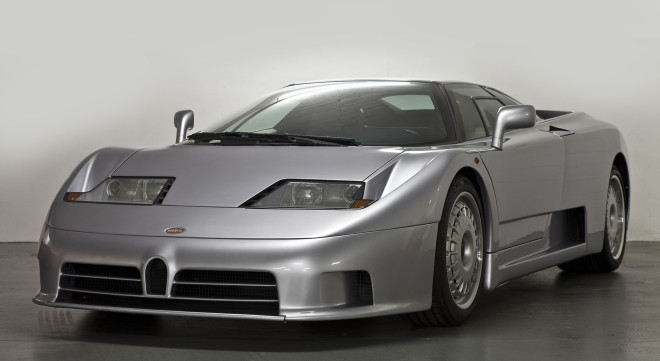 Made Without Money in Mind

As the first production car to bear the Bugatti name in thirty-five years, the EB110 had big shoes to fill. The 560 horses produced by its mid-mounted 3.5L V-12 fit snugly into those French racing boots. The Super Sport that arrived a year later improved upon those numbers with 50 extra horsepower and a slight bump in top speed. But even the base model had the lungs of a triathlete, drawing breath through four turbochargers in conjunction with individual throttle bodies and, though certainly not the most cost effective technique, 5 valves per cylinder. The result was an engine that sucked in huge amounts of air, but had the circulatory system to ensure every milliliter was used efficiently.

The body was no less over engineered, it boasted the world’s first carbon fiber monocoque frame in a production automobile, built special for Bugatti from an aircraft manufacturer. No expense was spared to ensure the car was among the best performing cars of its generation; A design principle that made for a brilliant automobile, but may not have attributed to the longevity of Artioli’s Bugatti. One could speak ad nauseam about its revolutionary chassis and remarkable performance, but all anyone needs to know is that an EB110 was a frequent steed of F1 legend Michael Schumacher.

Stuck in the Middle

Four separate design firms took a crack at the new Bugatti, producing some concepts that looked a lot more at home in space than in a driveway. Marcello Gandini, the mind that brought us the Lamborghini Countach, won out against names like Bertone and Giugiaro with a creation that clearly lent some of its genes to the Veyron and Chiron. The 110 was stout, even a bit truncated, but it was not without grace; it kept the wedge and angular intakes from the previous two decades, but its scissor doors and gradual fastback made a statement. 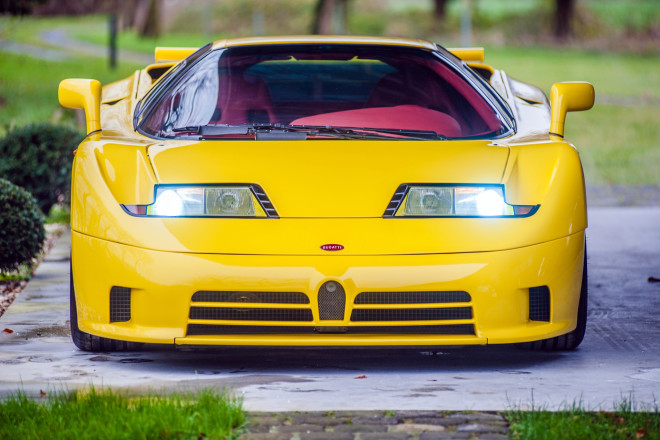 The nose leaves more to be desired, resembling a blunted Countach with a pair of square-rimmed glasses – similar in shape to the headlights on the second iteration of the Lamborghini Diablo.  The EB110 was suffering an identity crisis; it might very well be a stylistic missing link, emphasizing a movement away from sharp angles, but the almost comically diminutive horseshoe grill buried between triple front slats belies a car that never felt comfortable calling itself Bugatti.

Only the Good Die Young

Perhaps it’s the cost of making a vehicle so advanced, but the EB110 that debuted in ’91 to celebrate old Etore’s 110th birthday, was the first and last car produced by Roman Artioli’s Bugatti. Though lauded as one of the fastest, best performing supercars of its era, its short production run and very limited numbers kept this Bugatti out of pop culture. Its US release coinciding with a recession didn’t help much either. Regardless of its low sales and prohibitive cost, the EB110 stands, along with Seinfeld and the Internet, as the best the 90s had to offer. 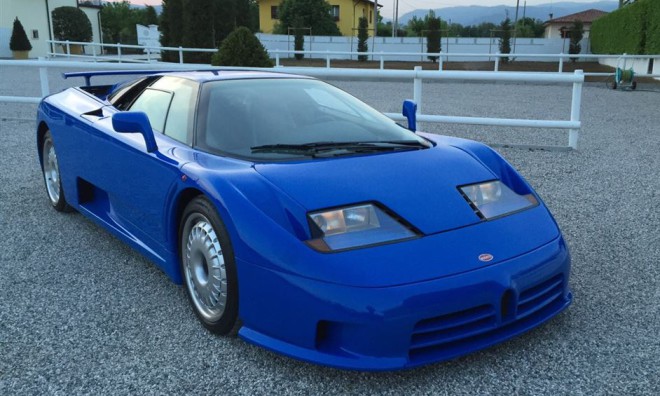 Leasing a Bugatti with Premier

EB110s aren’t cheap, with Hagerty valuing the base model at half a million dollars, and concours-ready examples fetching twice that. The values of the Super Sports are not for the faint of heart. At those prices, Premier’s Simple Lease is the best way to acquire this magnificent car and maintain your investment capital.