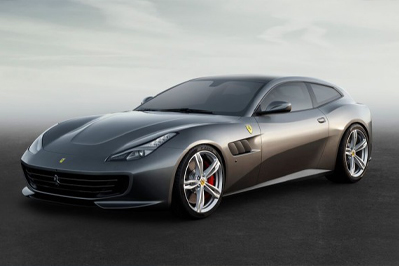 Ferrari aficionados probably needn’t worry about the revered marque rolling out an SUV anytime soon. According to Automotive News, Sergio Marchionne, chairman of Ferrari and CEO of Fiat Chrysler Automobiles, said earlier this year, “You have to shoot me first” when asked if such a vehicle was part of his vision to expand Ferrari production to 9,000 vehicles per year.

While Ferrari calls the GTC4Lusso a “new four seater,” it is of course the revamped FF, the marque’s all-season GT and its first car with all-wheel drive. The FF proved that a properly equipped high-speed GT could do what most drivers use a luxury SUV to do, only much faster. The GTC4Lusso is quite a comprehensive revamp, with a more distinctive Ferrari signature in the design, more power and new rear-wheel steering. 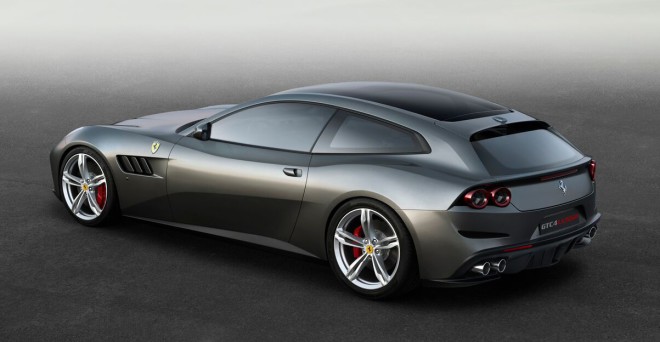 They Could Have Called it “GT Heritage”

Some luxury marques invoke heritage as a marketing tool. Ferrari invokes heritage just by being. Each of its cars can draw a clear line to something that came before and thus is an exemplar of the marque. In the case of the FF and now GTC4Lusso, that line stretches back to the first 2+2 models nearly 60 years ago.

Ferrari invokes heritage in the new car’s name, citing the 1960s 330 GT as one of the GTC4Lusso’s progenitors. “Lusso” comes from the 250 GT Berlinetta Lusso, one of the most beautiful Ferraris ever, and “4” is the number of seats. It could also be for the number of driven and steered wheels, but Ferrari probably didn’t want to go overboard. Not mentioned in the official press materials is the 1971-73 365 GTC/4, which, despite its vestigial rear seat, was never called a 2+2 by Ferrari.

The Ferrari GTC4Lusso, penned by Ferrari Design, looks much more sculptural than the FF, with sinuous character lines that make the previous model seem slab-sided by comparison. The tapered shape and roofline lowered at the rear give the new model more of a fastback profile, though it retains its seating for four and a practical tailgate.

Ferrari says the new design substantially enhances aerodynamic performance over the FF, yet the designers also added a nod to the classic 330 GTC with the front fender vents. Out back, the FF’s single taillights always looked a little lonely, so Ferrari doubled them for the GTC4Lusso. Squint, and you can almost see the 1968 Dodge Charger that Steve McQueen chased to its fiery demise in the 1968 movie “Bullitt.” 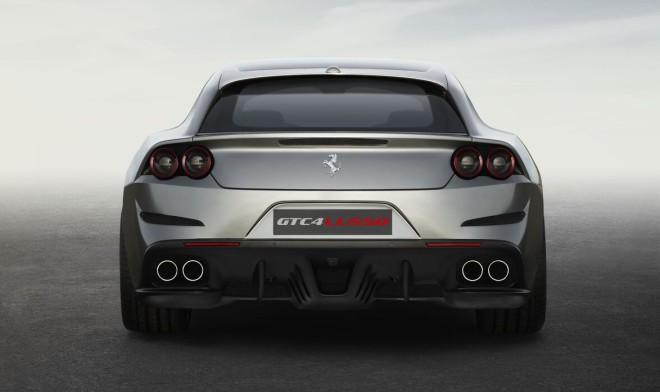 The revised front grille aids cooling, which is essential since Ferrari hiked output of the naturally aspirated 6.3-liter V12 to 680 horsepower, up from a lowly 651. The torque peak climbs another 10 lb.-ft. to 514, with 80 on tap at just 1,750 rpm. The sole transmission remains the fabulous seven-speed dual-clutch automatic. Ferrari says the new GTC4Lusso will hot 62 mph (100 km/h) from rest in 3.4 seconds and top out at 208 mph. Who would doubt that?

No Slip Sliding Away

The Ferrari FF debuted the marque’s first all-wheel drive system, called 4RM. Rather than linking front and rear wheels through a center differential, 4RM puts a kind of power takeoff at the front of the engine to drive a separate two-speed automatic transmission for the front wheels.

For the GTC4Lusso, Ferrari revamped that system, adding four-wheel steering and the latest version of the Slip Side Control system, which now incorporates the electronic differential (E-Diff) and the SCM-E dampers. Ferrari says the high-tech changes “enable the driver to effortlessly handle the GTC4Lusso’s extraordinary torque even on snow-covered, wet or low grip roads.” 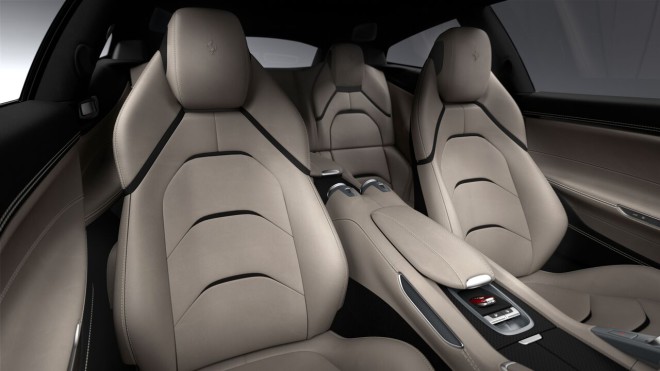 And for the Lusso…

Lusso of course means luxury, and here Ferrari spared no effort to upgrade the GTC4Lusso over the already high-luxe FF. The new Dual Cockpit design looks straight out of a concept car, and the GTC4Lusso can even be equipped with a secondary instrument display for the passenger. The driver grips a slightly smaller steering wheel than before, still with integrated vehicle performance controls. The center console gets a new 10.25-inch touch screen.

Cabin materials and craftsmanship are of course impeccable, and, as usual, Ferrari offers the client a nearly limitless palette of interior personalization options. 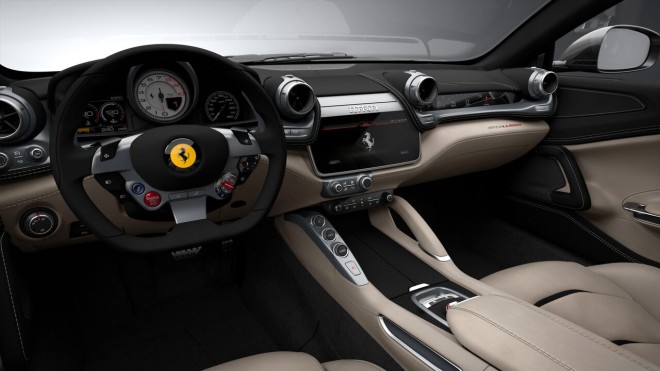 Leasing a Ferrari with Premier

The FF has been popular among Premier Financial Services clients, and its Simple Lease terms will be available when the GTC4Lusso becomes available later this year.  According to Ferrari, FF drivers put 30 percent more miles on their cars than other Ferrari drivers. That sounds like yet another good reason to think about leasing a GTC4Lusso. 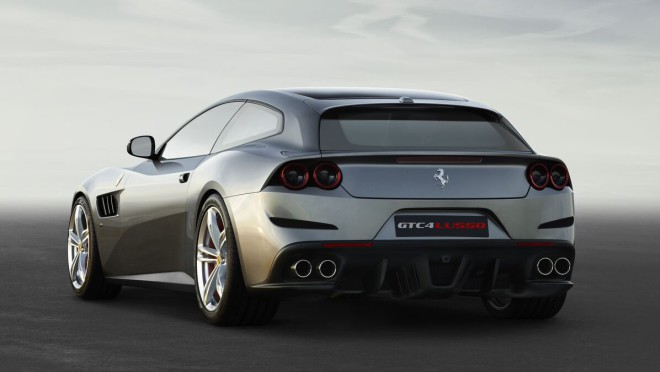