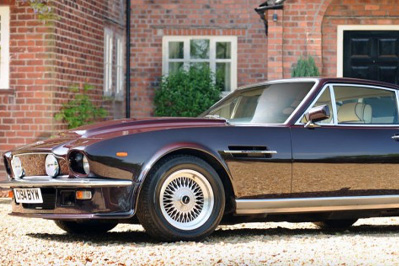 Seemingly ignored for many years, the Aston Martin V8 models built from 1969-1989 are today responding to increased collector interest with – no surprise — rising values. These beautiful, broad-shouldered GT coupes and convertibles were imported to the States in small numbers as Aston Martin struggled through the 1970s and 1980s. Eventually, in high-performance Vantage form, they helped set the stage for the marque’s resurgence.

Changing of the Guard – One Step At A Time

Aston Martin became a high roller in the 1960s, thanks in no small part to the measure of fame and prestige accorded as “James Bond’s car” in the popular Agent 007 films. The 1965 DB6 carried on the style of the previous DB4 and DB5 models, but with a roomier, more accommodating cabin. Beneath familiar bodylines, however, the car was still powered by an inline six when Italian high-end marques were mostly V12 and V8. And the DB6 chassis had fallen behind the times. 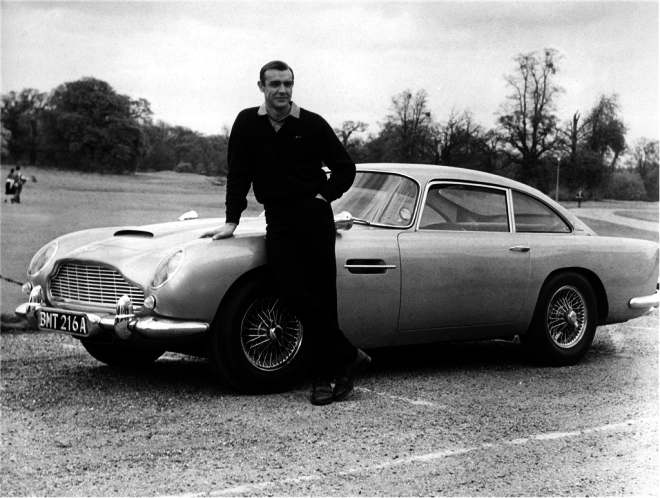 The 1967 DBS ushered in a new era of design for Aston, though it was still powered by the Vantage inline six. The marque continued the “old” DB6 for three more years, perhaps to appease loyalists put off by the new car’s crisp fastback styling and heftier price tag. A burly chassis with new de Dion type rear suspension modernized handling and ride for the new grand tourer. This Aston, too, became James Bond’s steed, without machine guns or an ejector seat, in 1969’s “On Her Majesty’s Secret Service.” 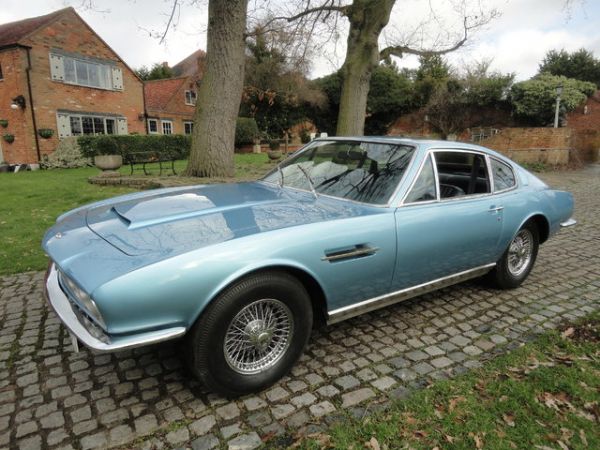 In profile and proportion, the William Towns-designed DBS echoed American ponycar themes but with the unique Aston Martin allure. The musclecar swagger was complete with the arrival of the marque’s first production V8 engine in 1969. Weight had crept up to nearly two tons, making Aston Martin’s 160-mph top speed claim seem all the more impressive.

David Brown, the man who rescued Aston Martin two decades prior, left the company, and for 1973, the DBS V8 became simply the “V8.” A deft front-end restyle changed to single headlights for an even more aggressive look, and a large hood scoop made room for a row of four Weber carburetors that replaced Bosch fuel injection. Horsepower for the 5.3-liter engine, though not officially quoted by Aston Martin, was estimated at around 315. The Chrysler TorqueFlite automatic transmission was a popular no-cost option in place of the standard 5-speed ZF 5-speed manual. 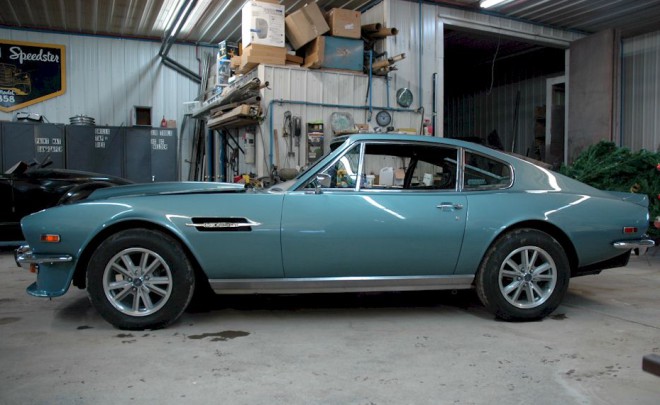 Financial troubles for Aston Martin in 1974 put production on hold until 1976. Production, which afterward remained very low, was augmented by the stunning Volante convertible in 1978. Upgraded models introduced in late 1978 are known as Series IV or “Oscar India” for their October 1 introduction date.

The high-performance Vantage came to the U.S. in the late ’70s, but in excruciatingly small numbers and with only the body mods, not the 375+ hp Vantage engine. The Aston Martin engine builder’s nameplate affixed to the alloy V8 was probably small consolation for the U.S.-spec engine’s horsepower declining to the mid-250 range. The later U.S.-spec 5-mph bumpers were fairly hideous, but many owners replaced these with the slimmer chrome European versions. Mr. Bond, played by Timothy Dalton, drove an Aston Martin V8 Volante in 1987’s “The Living Daylights.” 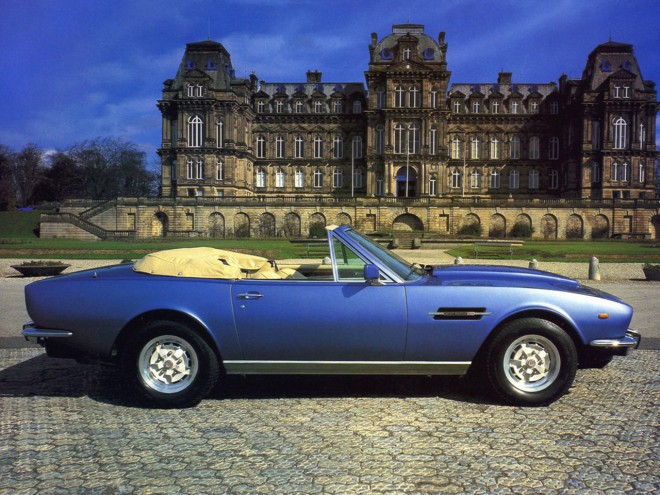 Weber carburetors may look impressive when the hood is raised, but they could not keep up with increasingly stringent emissions regulations and were replaced by electronic fuel injection in 1986 in the Series V cars. All told, from the 1969 DBS V8 through the last cars in 1989, about 4,700 Aston Martin V8s were built, about 1,200 of those being Volantes.

In most years, fewer than 100 Aston Martin V8s were imported to the United States. Today, the selection of cars available includes models that were imported by owners under the 25-year and older rule.

Because Aston Martin V8s were not highly valued for a long time, it’s not difficult to stumble upon one that fell into neglect by owners who could not justify the expense of repairs or restoration. That kind of a find, however, has its appeal in some circles, such as the wonderful father/son project featured on the Petrolicious video site.

Most collectors are better served by a well-sorted car. Once you find your Aston Martin V8 dreamcar, Premier Financial Services can structure its PFS Simple Lease to put the car into your garage, even helping with arranging appraisal and transportation.