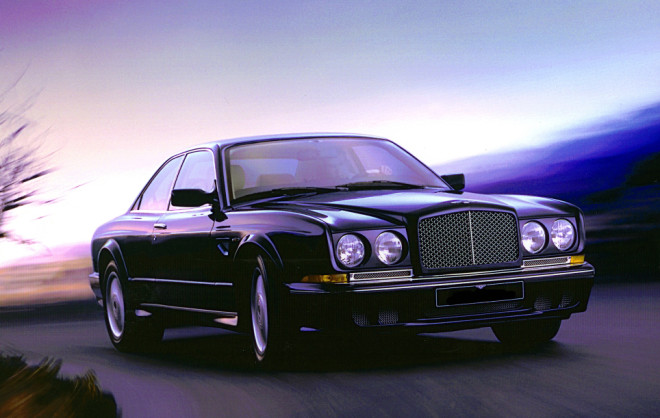 The Beginning of a Brave New Bentley Marque

Without a doubt, one of the most dramatic takeover battles the auto industry has ever seen was the one that split Bentley from Rolls-Royce in 1998. BMW and Volkswagen both bid for Rolls-Royce; VW won but then learned in a very expensive way that BMW had scooped up the crucial trademarks needed to market Rolls-Royce branded vehicles.

A negotiated settlement would make Rolls-Royce and Bentley separate marques once again, but until BMW was ready to build its all-new Phantom, VW continued to produce BMW-powered Rolls-Royce models until 2003, along with Bentleys. Among those were two of the most beautiful and distinctive Bentleys ever, the Continental R Coupe and a convertible called the Azure. Here’s a look at the coupe. 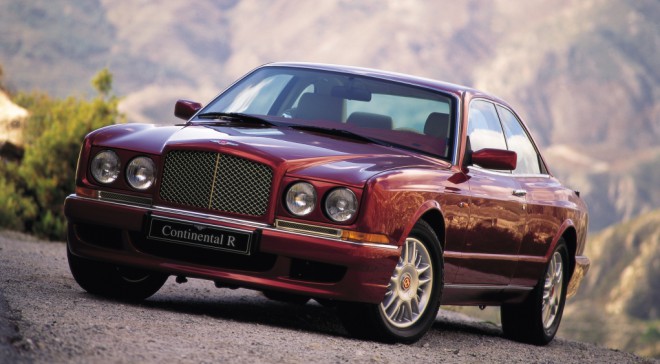 The Continental R had the distinction of using a body not shared with a Rolls-Royce model. The basic idea for the big Bentley coupe had begun in 1985 with a concept model called Project 90. By then, Rolls had been steering Bentley back toward its performance roots with the Turbo sedan. A new coupe, based on that chassis, seemed the next logical step.

When the new Bentley coupe emerged, it wore a familiar badge, “Continental R.” Unveiled at the 1991 Geneva Motor Show, the new Bentley Continental R was a big car, 210 inches long on a 120-inch wheelbase. The balanced design, flowing bodylines and airy greenhouse made the big machine look sportier than its substantial proportions would suggest. From any angle, the lines are simply sublime. But those were substantial proportions; weight approached three tons.

The Rise and Continuing Rise of the Bentley Turbo

Bentley’s 6.75-liter turbocharged V8 had little trouble moving the Continental R’s considerable mass with verve. At launch, the engine offered an estimated 325 horsepower and 450 lb.-ft. of torque. Both figures would escalate steadily from there. This engine was derived from the Rolls-Royce V8 introduced back in 1959, and a derivative of it continues today for the Bentley Mulsanne sedan.

In the Continental R, the engine was teamed with a General Motors automatic transmission, and performance was stunning for the car’s weight: zero to 60 in about 6.5 seconds and a top speed of 145 mph. In today’s world of 200-mph sedans, those figures might seem tame, but the Continental R’s performance helped start a new era for Bentley a quarter-century ago.

Power rose to an estimated 360 horsepower for 1994, and by 1996 Rolls-Royce began quoting official output figures for the first time. In prior years, the marque would simply say “adequate,” an indeed, most of the time that’s all the power one could expect from a Rolls. By the end of the 1990s, Bentley would push output to 420 horsepower and 650 lb.-ft.

Bentley on a Roll

There was no going back from the big engine or the big coupe. By this time, of course, the world knew Rolls-Royce and Bentley would soon be going their separate ways. Also by this time, Bentley customers were seeing a fairly steady stream of special Continental-derived models. The Continental T was essentially the R with four inches sliced from its wheelbase for more agile handling. Weight dropped by 200 pounds and flared fenders covered larger wheels and tires. 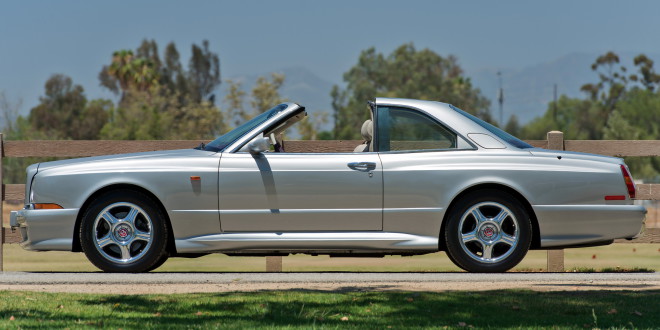 Bentley built a handful of wide-body Continental R California models, and the Bentley Continental SC – for Sedanca Coupe – was an unusual take on the Porsche Targa concept with a huge one-piece lift-off glass roof section. Fewer than 80 were made. The Bentley Continental R Le Mans commemorated the marque’s return to the 24-hour classic. Fewer than four-dozen were made. (A Bentley Speed 8 racer, based on Audi technology, would win that race in 2003, the marque’s first victory there since 1930.)

Far beyond those modest numbers, the Continental R and Continental T helped set Bentley onto its very successful current path.